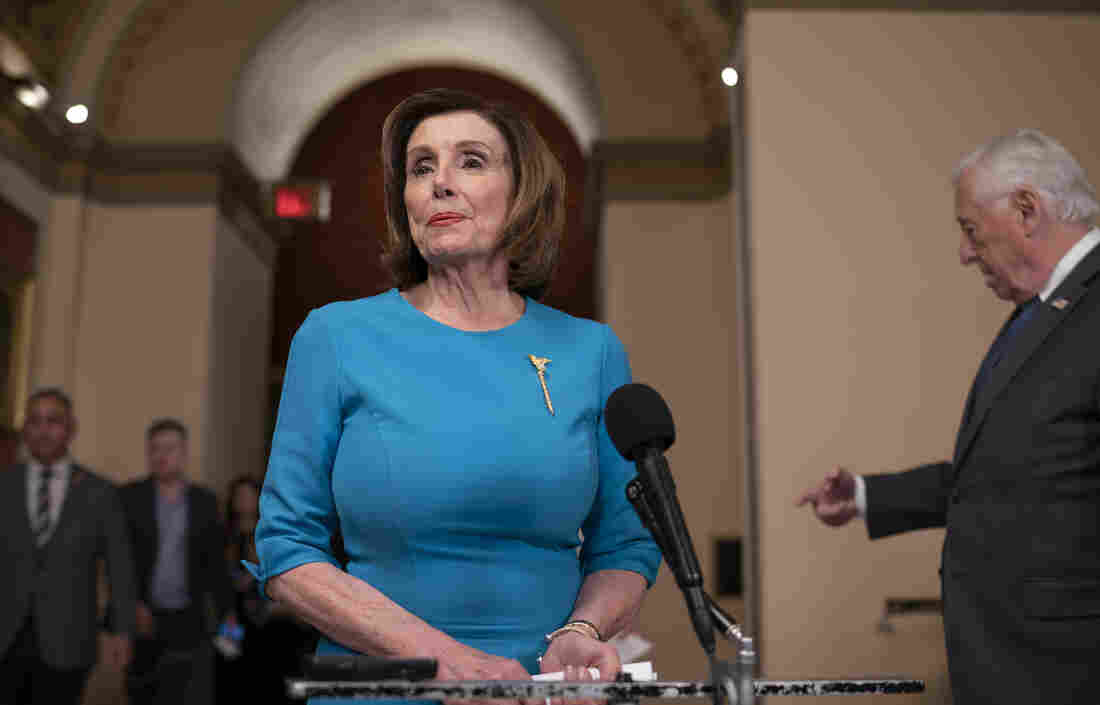 House Democrats, led by House Speaker Nancy Pelosi, have released their own version of the Senate's stimulus package in response to the coronavirus crisis. Pelosi is seen here on March 13 ahead of an earlier aid package deal. J. Scott Applewhite/AP hide caption 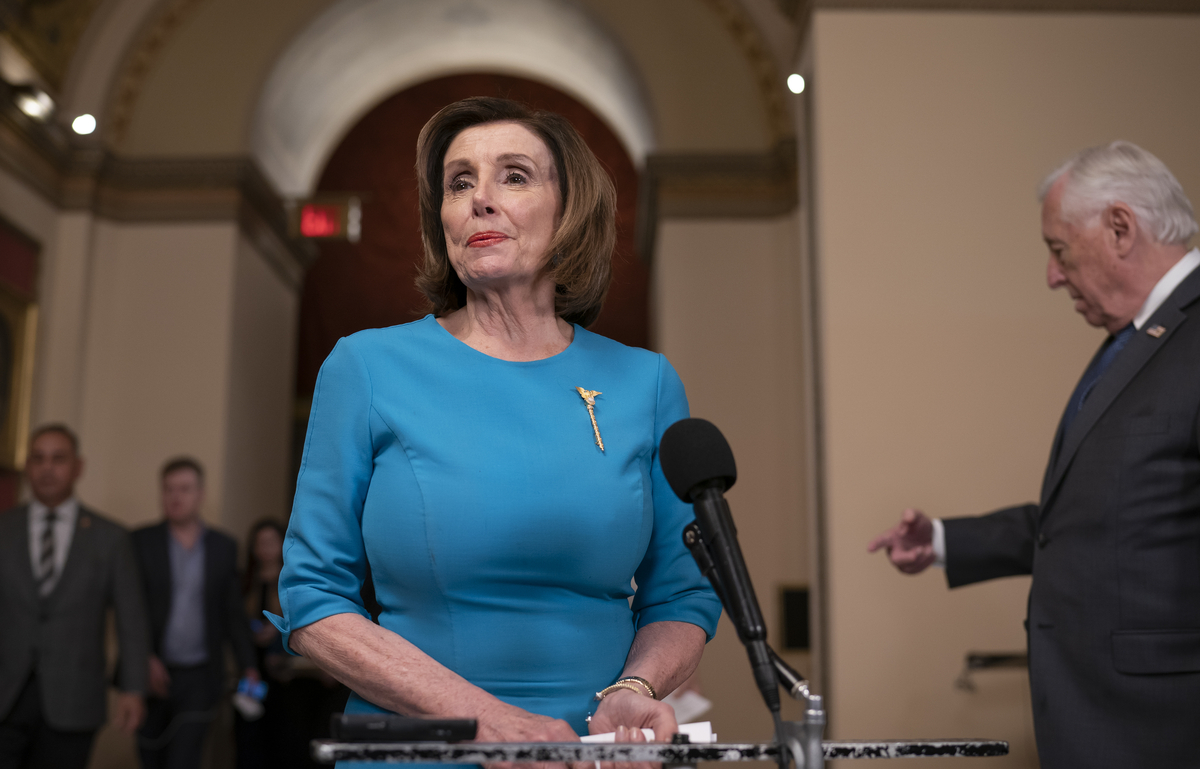 House Democrats, led by House Speaker Nancy Pelosi, have released their own version of the Senate's stimulus package in response to the coronavirus crisis. Pelosi is seen here on March 13 ahead of an earlier aid package deal.

In the midst of Senate negotiations on a massive stimulus package in response to the coronavirus pandemic, House Democrats have drafted their own counterproposal titled the Take Responsibility for Workers and Families Act.

In a statement, House Speaker Nancy Pelosi said the Republican bill before the Senate puts "corporations first, not workers and families."

Pelosi Says There Is 'Real Optimism' Over Coronavirus Financial Package

The Democrats' latest bill, which is more than 1,400 pages long, would prevent corporations from using taxpayer money for stock buybacks, boost unemployment insurance, strengthen the child and earned income tax credits and inject nearly $40 billion into schools and universities to stabilize funding. It also directs billions of dollars in grant funding for states to carry out this year's election through the Election Assistance Commission.

Some elements of this proposal already exist in the bill that the Senate is negotiating.

Pelosi's move to release this bill could be a strategic effort to increase pressure on the Senate to reach a deal.

Republicans have criticized Pelosi for wanting to add unrelated provisions to the bill and have argued that Democrats are trying to take advantage of the crisis for their own wish list of items they couldn't pass through the normal process.

In an email to all House GOP offices, House Republican Whip Steve Scalise said the new legislative proposal from Pelosi is aimed at "exploiting the COVID-19 public health crisis by attempting to force the inclusion of a socialist wish list of policies that have nothing to do with the public health and economic emergency."

Scalise said the legislation contains what he called highly partisan proposals, including union giveaways, expanded measures for the environment and student loan forgiveness and an overreaching of immigration provisions.

You can read the bill yourself here.

Editor's Note: This bill has been updated since we originally published this story.