Accessibility links
Disability Groups File Complaint On Rationing Policies In Coronavirus Pandemic People with disabilities are asking the federal government to stop state and hospital policies that they fear will ration care in favor of younger and healthier people. 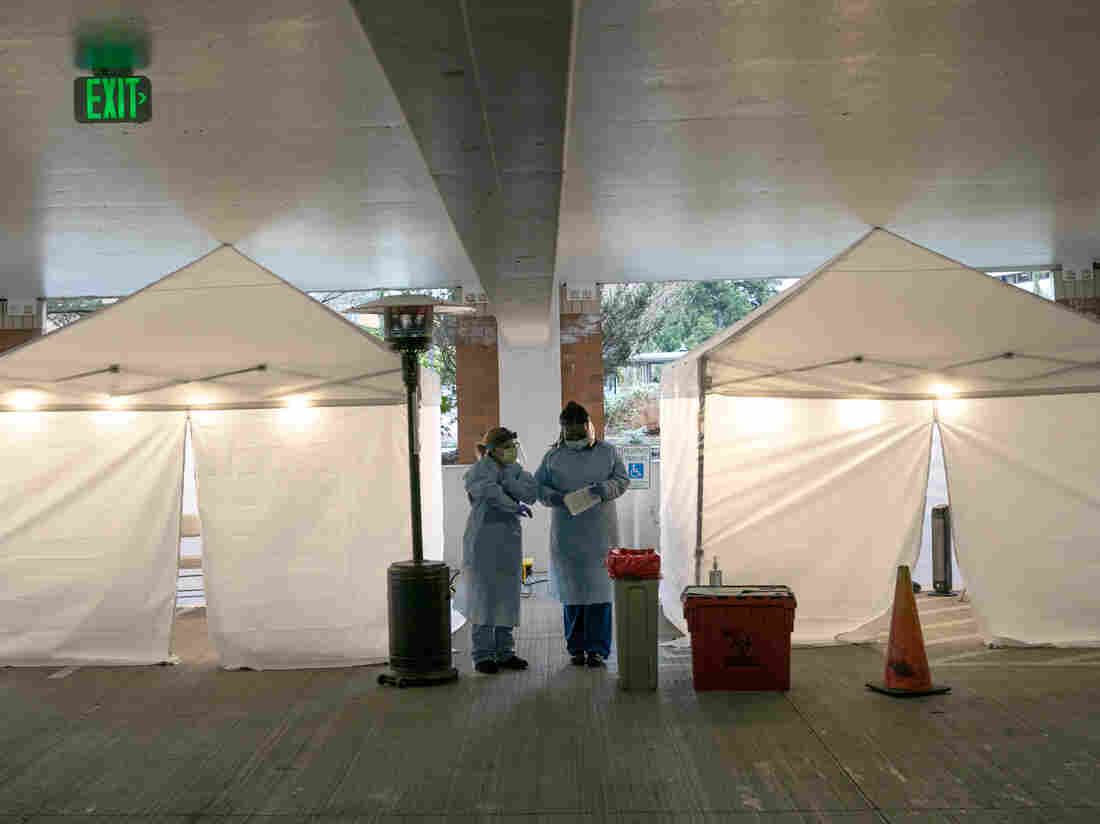 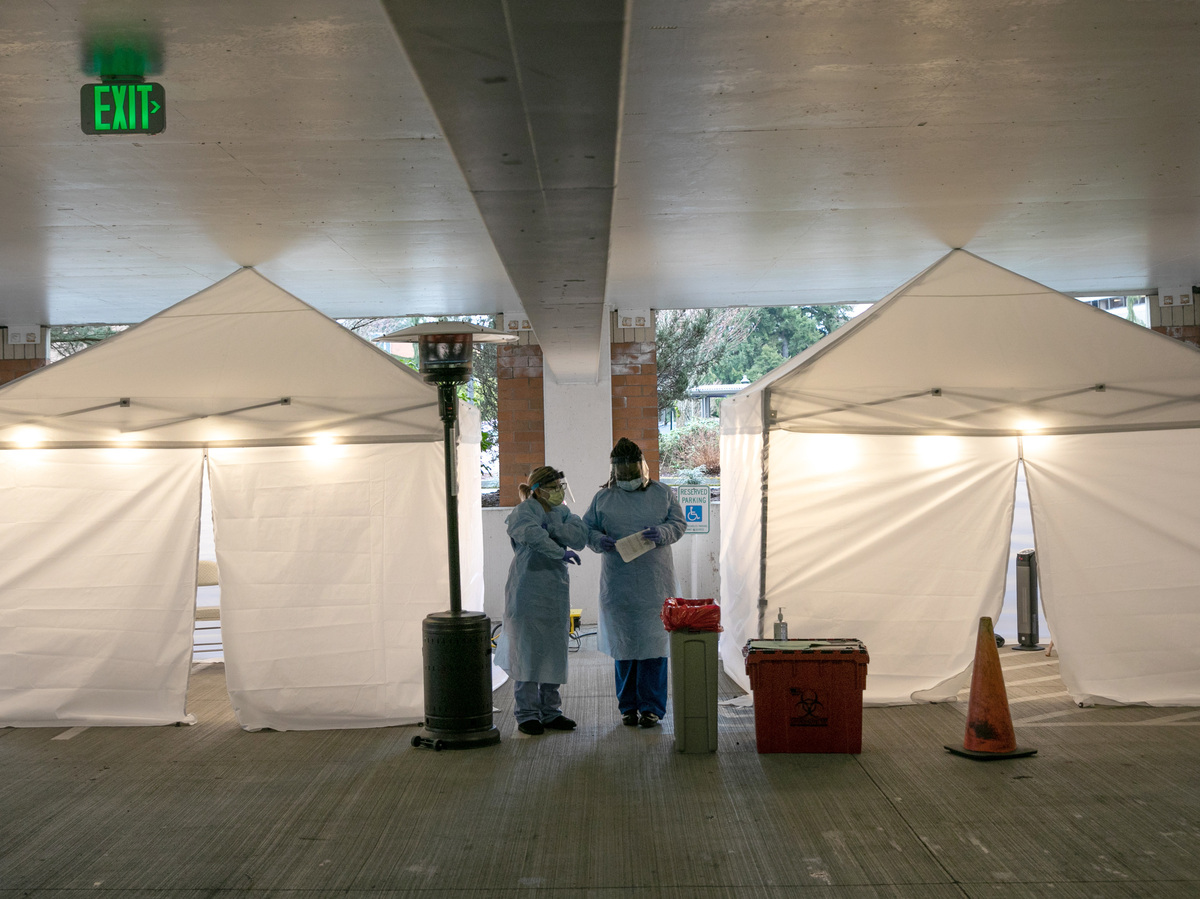 Nurses check registration lists before testing patients for coronavirus at the University of Washington Medical Center on March 13 in Seattle.

People with disabilities are asking the federal government to stop what they say are policies by states and hospitals that will ration care — and deny them treatment for the coronavirus.

On Monday, several disability groups filed a complaint against the state of Washington, one of the states hardest hit by the pandemic.

The Washington State Department of Health issued guidelines to help doctors and hospitals decide something they fear having to face — deciding who gets scarce, life-saving care. One example: If there are, say, more people who need ventilators than the number of ventilators available.

The complaint says they tell doctors to give those ventilators — and other care — to younger and healthier people.

Among the groups making the complaint are Disability Rights Washington, Self-Advocates in Leadership, The Arc of the United States and two individual complainants.

Ivanova Smith, a woman with an intellectual disability, is one of the individuals on the complaint.

"I'm really scared if I got the virus," she says. "That's really terrifying. Because I was born with weak lungs."

Smith spent the first five and a half years of her life in an orphanage in Latvia. She didn't speak.

Then she was adopted by an American family. Her American mother taught her to speak, read and write.

Today, Smith is married and the mother of a two-year old daughter. She has a job speaking to doctors and other medical providers about the health care needs of people with disabilities.

"There's been a long history of people with intellectual, development mental disabilities having our medical care denied," she says. "Because we're not seen as valuable. We're not seen as productive or needed. When that's not true. We have people that love us and that care for us. Many people with disabilities work and they do amazing things in their communities but they need that life saving care."

Ari Ne'eman, a visiting scholar at the Lurie Institute for Disability Policy at Brandeis University looked at state policies for crisis care and found several that have set policies that ration care at the expense of people with disabilities.

"People with disabilities are terrified," he says. "They are terrified that when it comes to scarce resources like ventilators they will being sent to the back of the line. And they are right to be terrified because many states are saying this quite explicitly in their allocation criteria."

These policies, he says, violate civil rights laws, like the Americans with Disabilities Act.

Laws that protect people with disabilities recognize that sometimes there's extra cost to that protection—like paying for a ramp so that a person in a wheelchair can get into a building.

"Civil rights law you have to stick to," Ne'eman says, "even when that imposes a cost—in time, resources and yes, sometimes even lives."

Ne'eman, who also founded the Autistic Self Advocacy Network, worries of a repeat in this country of what's happening in Italy--where ventilators go to young people, over older ones.

He and Smith think there are fairer ways. The ventilator could go to the first person who needs it. Others have suggested a lottery system.

Meanwhile, disability groups in other states are considering similar complaints.

Another letter came from Neil Romano, who was named by President Donald Trump as chair of another federal agency, the National Council on Disability.

He, too, asked the Department of Health and Human Services to take action to stop rationing.

The letter, dated March 18, asked the department to "quickly issue a notice to physicians and hospitals specifying the applicability of non-discrimination requirements" of federal disability civil rights law.

Romano says he got a response from Roger Severino, who heads the HHS Office for Civil Rights and that he's now been talking to officials there about taking action.

"We're working very, very closely and very hard to make sure that we get some form of guidance out to the medical community as soon as possible," Romano says.

It's still unclear. If the federal government will respond. And if so: How forcefully.