An exclusive video premiere from the storied quartet. 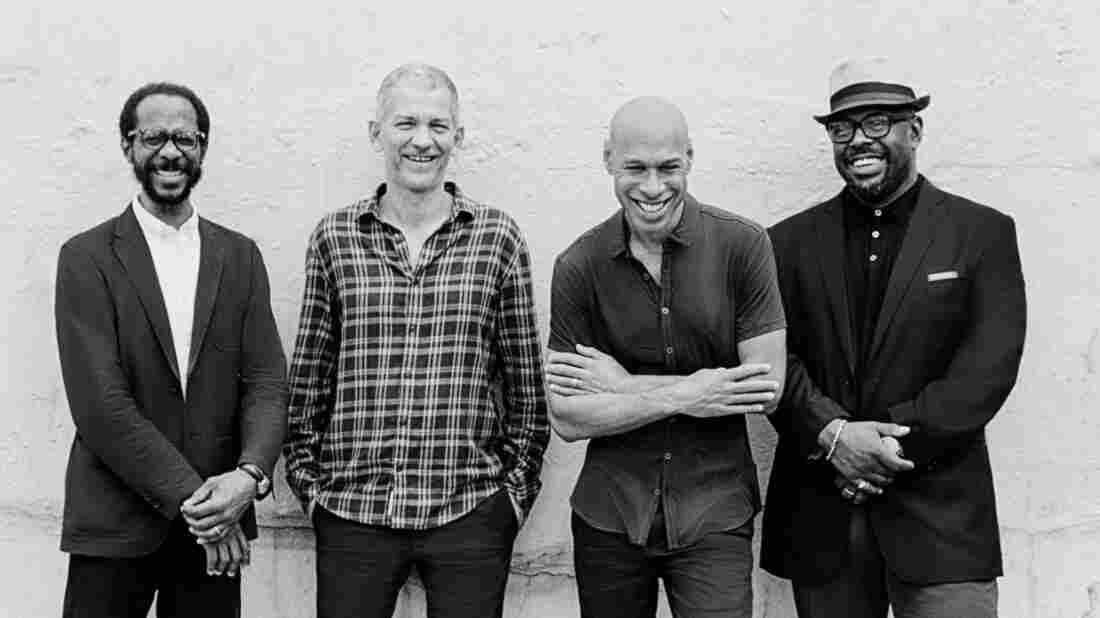 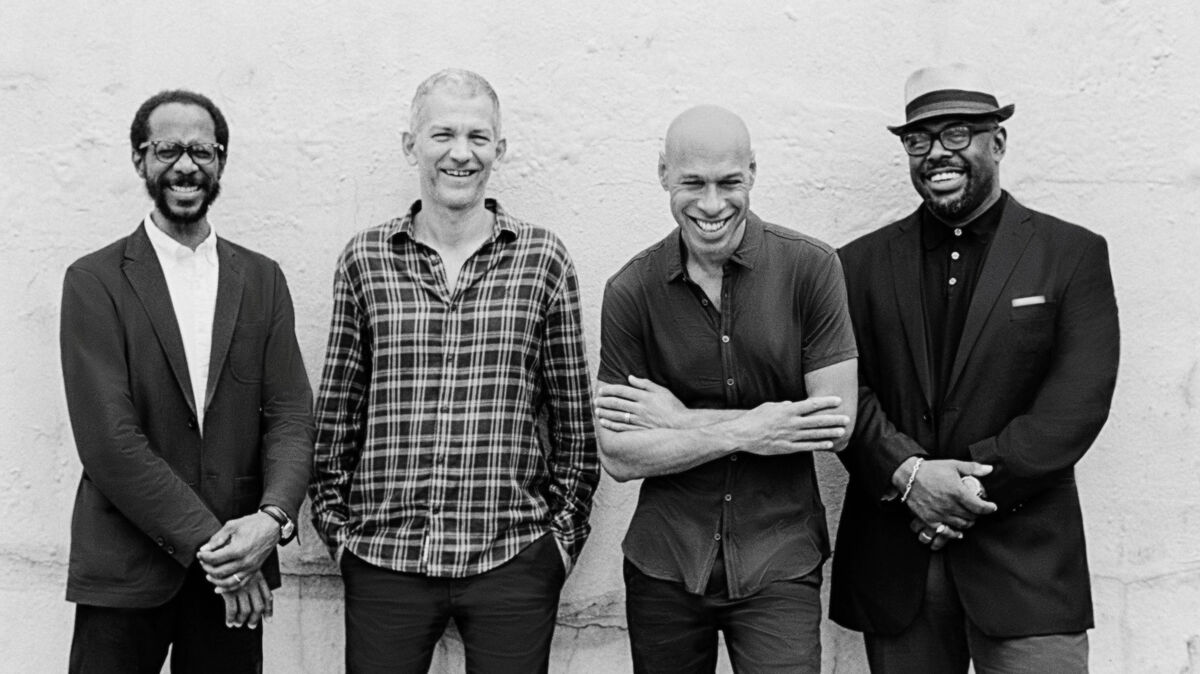 Late last summer, saxophonist Joshua Redman engaged in some light time travel: For a couple of nights, he reconvened a stellar ensemble he'd led 25 years prior, with Brad Mehldau on piano, Christian McBride on bass and Brian Blade on drums.

They played The Falcon, a rustic-bohemian arts space in New York's Hudson Valley, and though it was a semi-secret series of shows, the room hit capacity for every set. On the first night, there was palpable joy among the musicians both on and off the bandstand — but not even the merest trace of nostalgic complacency. Redman had written new music for the group, and the deft intricacies of his tunes required the full measure of their concentration. They were there to work.

Still, the intensity of that effort was well met by the familiar looseness of their rapport, which felt more like something rekindled than recaptured. The spirit onstage comes across clearly in a video of "Right Back Round Again," filmed during the second night at The Falcon.

The video is an NPR Music premiere; a studio version of "Right Back Round Again" is also the first single from a forthcoming album, RoundAgain, which Nonesuch Records will release on July 10. The album, sure to be one of the most anticipated jazz releases of the year, features three new originals by Redman, two by Mehldau and one apiece by Blade and McBride.

When they first coalesced as a band, these musicians were the embodiment of youthful promise — shining exemplars of the so-called Young Lions era in modern jazz. They made just one album together, MoodSwing, and toured widely but relatively briefly; the full quartet was intact only for about a year and a half.

"I realized almost immediately that this band wouldn't stay together for very long," Redman recalls in an album press release. "They were without a doubt, for our generation, among the most accomplished and innovative on their respective instruments. They were already all in such high demand — everyone wanted to play with them! And they all had such strong and charismatic musical personalities — destined to start soon pursuing their own independent visions." 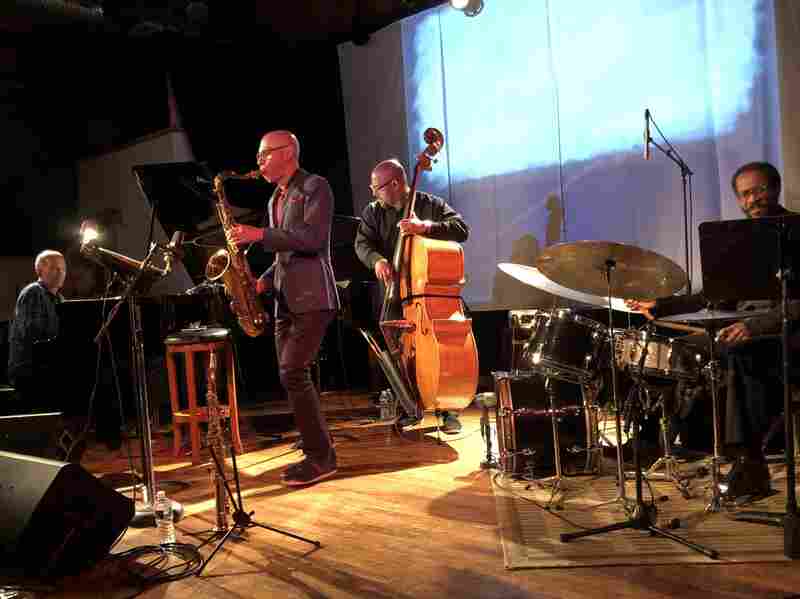 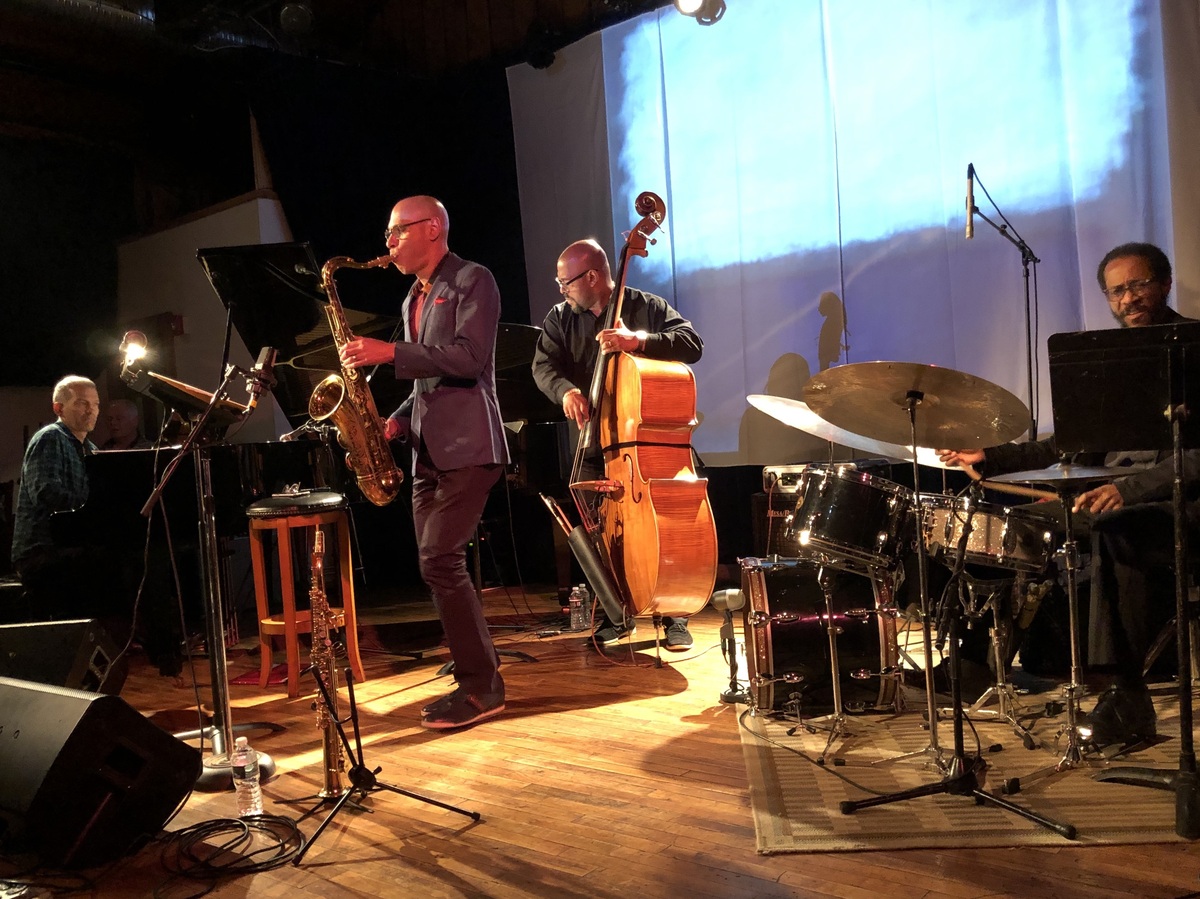 The Joshua Redman Quartet, performing at The Falcon in Marlboro, New York on Sep. 19, 2019.

Time has proven him right on that point. Mehldau is one of the most influential pianists of the last quarter-century, and a composer who keeps expanding his frame. Blade, the co-leader of an important ensemble, Brian Blade Fellowship, has also been an essential partner for everyone from Wayne Shorter to Joni Mitchell to Norah Jones. McBride, a six-time Grammy winner, has also become a prominent spokesman for the music as artistic director of the Newport Jazz Festival, artistic chair of Jazz House Kids and host of Jazz Night in America.

"These guys have grown exponentially," says McBride of the reunited Redman quartet, in a press statement. "They are super-monsters now, and playing with them gave me a hard look at myself. And when you're intimate creating art, even if you don't play together for 20 years, you only need two bars to realize what the feeling is about, because the feeling never leaves."

The Joshua Redman Quartet is scheduled to go on tour in Europe this summer — for now, those dates are still in place. Their United States tour begins at the Monterey Jazz Festival on Sept. 26, moves on to Walt Disney Hall in Los Angeles on Sept. 27 and reaches Jazz at Lincoln Center on Oct. 2 and 3.