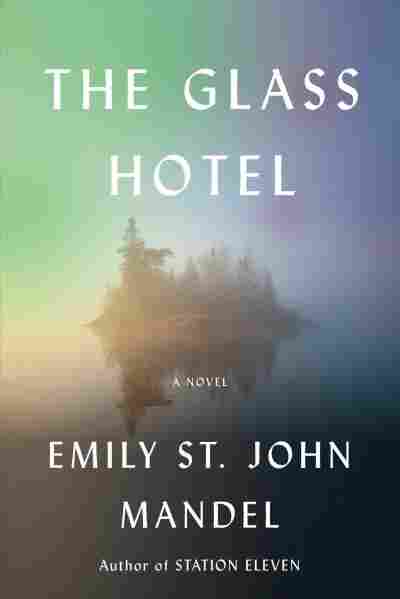 These are deeply weird times, and especially so for Emily St. John Mandel. The Canadian novelist is publishing her latest book just as the literary world has again become obsessed with her last one: Station Eleven, her 2014 novel about a world devastated by a deadly virus. It's a brilliant book (and one that even Mandel thinks you should wait a few months to read).

Her newest novel, The Glass Hotel, isn't about the "Georgia flu," as the fictional pandemic in Station Eleven was called, although it is mentioned in passing. The novel is about other kinds of disasters, ones on a smaller scale: depression, drug addiction and the economic devastation that sometimes results from greed. It's a striking book that's every bit as powerful — and timely — as its predecessor.

The Glass Hotel follows two half-siblings, Vincent and Paul, who grew up apart from each other, both physically and emotionally, in British Columbia. Paul has lost large chunks of his life to heroin addiction; he aspires to be a composer, but is forced to work a series of menial jobs. Vincent, his younger sister, is a high school dropout who makes video art in her spare time; she's also chronically haunted by the death — possibly by suicide — of her mother.

Paul reconnects with his sister when he's forced to flee Toronto, where he went to college; he'd given a tainted Ecstasy pill to a musician who died after taking it. He and Vincent find jobs at a hotel on the north end of Vancouver Island, Vincent as a bartender and Paul as a night houseman. It's there that Vincent meets Jonathan Alkaitis, the hotel's owner, a successful New York businessman who falls for the young woman.

It's a striking book that's every bit as powerful — and timely — as its predecessor.

Vincent quits her job and moves in with Jonathan. She's not in love with him, but longs for financial security: "What kept her in the kingdom was the previously unimaginable condition of not having to think about money, because that's what money gives you: the freedom to stop thinking about money. If you've never been without, then you won't understand the profundity of this, how absolutely this changes your life."

Their world falls apart when Jonathan is arrested for running a Ponzi scheme that ruins the lives of his investors. He's sentenced to 170 years in prison, and finds himself haunted by "a creeping sense of unreality," as well as a self-pity that doesn't quite make sense to him: "You can know that you're guilty of an enormous crime, that you stole an immense amount of money from multiple people and that this caused destitution for some of them and suicide for others, you can know all of this and yet still somehow feel you've been wronged when your judgment arrives."

Vincent leaves Jonathan, taking a job as a cook on a container ship, while Paul manages to finally find success as a musician, composing music as soundtracks to Vincent's old video art. The siblings have drifted apart, but come close to encountering each other once before their stories come to an end.

In 'The Glass Hotel,' Emily St. John Mandel Asks: How Many Chances Do We Get?

In Vincent and Paul, Mandel has created two of the most memorable characters in recent American fiction. The two are both haunted by longing and self-doubt, trying in vain to run away from their respective demons. Paul resents his sister, reflecting, "I don't hate Vincent. I've only ever hated Vincent's incredible good fortune at being Vincent instead of being me." Vincent, for her part, can't help thinking that she's somehow living the wrong life, "struck sometimes by a truly unsettling sense that there were other versions of her life being lived without her, other Vincents engaged in different events."

Mandel dedicates much of the book to the victims of Jonathan's crimes, following several people who lost their life savings in the Ponzi scheme. She treats them with compassion, which she also extends to Jonathan, humanizing but not excusing him. Her focus on the businessman leads to several remarkable observations, such as when Jonathan reflects on the odd sense of relief he feels once in prison: "There is exquisite lightness in waking each morning with the knowledge that the worst has already happened."

Mandel's writing shines throughout the book, just as it did in Station Eleven. She's not a showy writer, but an unerringly graceful one, and she treats her characters with compassion but not pity. The Glass Hotel is a masterpiece, just as good — if not better — than its predecessor. It's a stunning look at how people react to disasters, both small and large, and the temptation that some have to give up when faced with tragedy. As she writes, "The problem with dropping out of the world is that the world moves on without you."