Accessibility links
Coronavirus Outbreak Pushes States To Expand Vote-By-Mail There is growing interest in expanding voting by mail, at least for the remainder of 2020, in order to keep poll workers and voters safe. But there are many challenges to pulling it off. 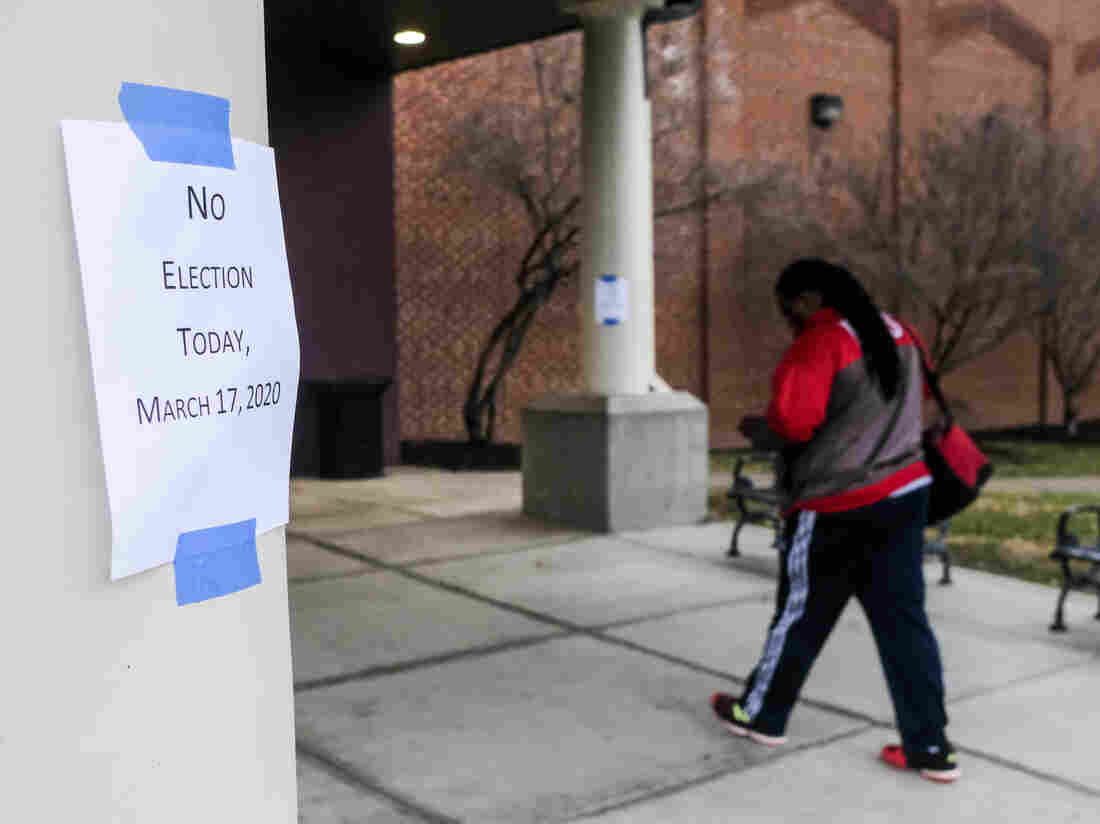 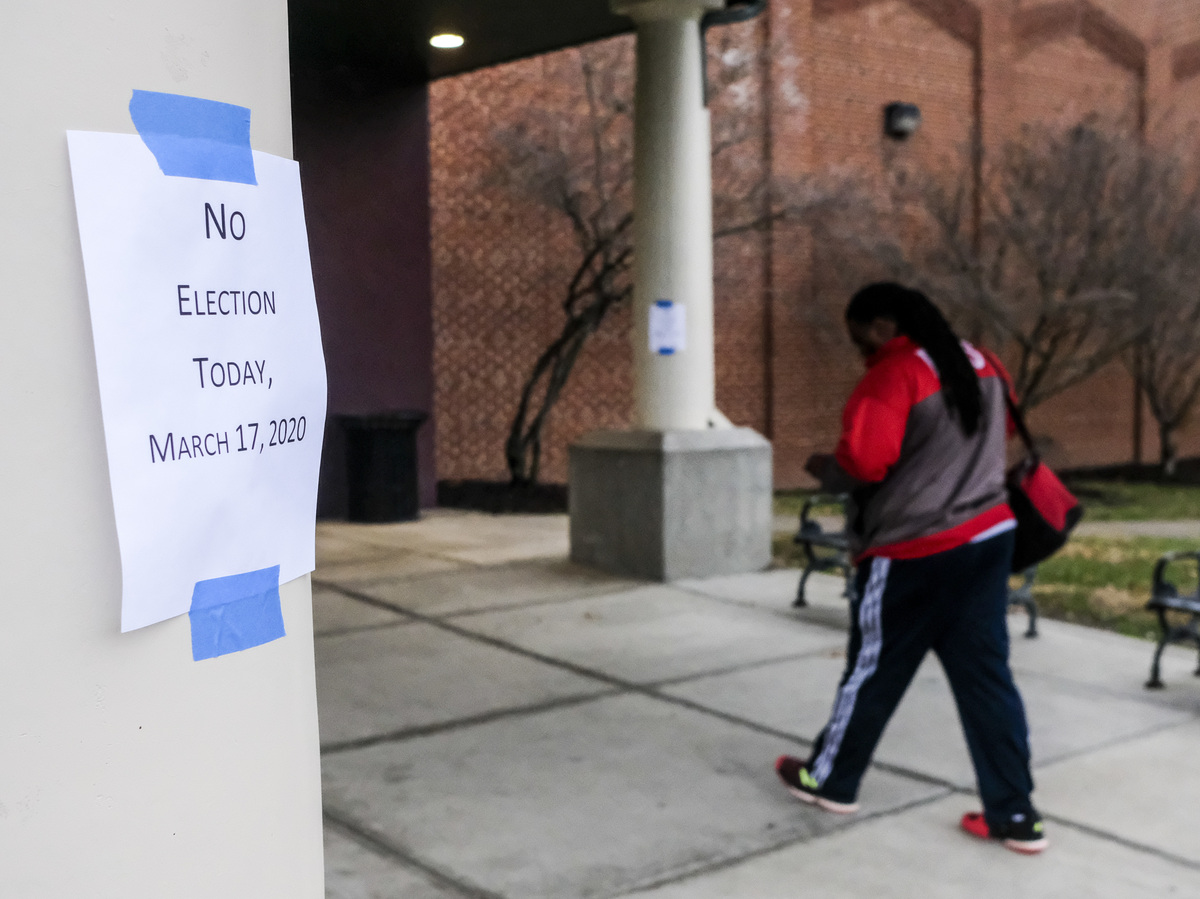 Polling stations were shut down in Columbus, Ohio on March 17. Hours before polls were set to open, Gov. Mike DeWine called off in-person voting due to the coronavirus outbreak and is attempting to reschedule the election for June.

The election-year coronavirus pandemic has pushed back elections in more than a dozen states, leading to growing interest in expanding voting by mail this year in order to keep poll workers and voters safe.

Many other states are considering expanding absentee and mail-in voting for the remaining primaries, and even the general election. Democratic lawmakers, including Sens. Amy Klobuchar and Ron Wyden, have introduced legislation that would require states to offer all voters in the country the option of casting their ballots by mail.

"The right to vote is paramount and no citizen in this country should have to pick between exercising their right to vote and protecting their health," said Klobuchar, who announced Monday her husband had been diagnosed with COVID-19, the disease caused by the virus.

But the window to expand vote-by-mail is closing soon, proponents warn, because implementing such changes would entail extensive logistical challenges and widespread voter education.

Voting rights advocates also worry that in the process of trying to salvage the spring primary season, states might impede the rights of some voters. They're pushing for safeguards to ensure that everyone who wants to vote is able to do so.

Some voters could be left out

"Moving the country in a direction toward 100 percent vote-by-mail at this stage I think is dangerous," said Kristen Clarke, president and executive director of the Lawyer's Committee for Civil Rights Under Law, an advocacy group. Clarke worries that some people — especially voters of color — could be left out with a rapid expansion.

In 2018, more than 430,000 mail-in votes nationwide were rejected — primarily because they didn't arrive in time to be counted, the voter didn't provide the required signature, or the voter's signature didn't match the one on record.

This included voters like Denia Mahoney, of Sumter, S.C., who only learned recently that her 2018 ballot was discarded because it did not have a required witness signature on the envelope.

"I was shocked," said Mahoney, a disabled senior citizen. "They didn't call me back or send it back, saying I didn't sign it."

Absentee ballots tend to be rejected at higher rates for black voters than for whites, who have been more inclined to use absentee voting, said Clarke. She emphasized that the rules can be confusing, especially for those doing it for the first time.

"We need to make sure there is widespread and extensive voter education so that people know how to vote-by-mail, how to fill out the ballot and envelope and return it," she said. "We've got to make sure people know the timelines."

In some places absentee ballots are counted as long as they're postmarked by Election Day, even if they arrive a few days later. In other states, absentee ballots have to be received before election day or they don't count.

Currently, all states allow some voters to cast ballots through the mail and five states conduct largely all vote-by-mail elections. But the rules vary greatly. Most states allow no-excuse absentee voting, but others only permit it for those who have a specific reason for not showing up at the polls, such as an illness or being out of town on business. Witness signatures are required in some places, and not others. Some states provide post-paid envelopes, while others do not. 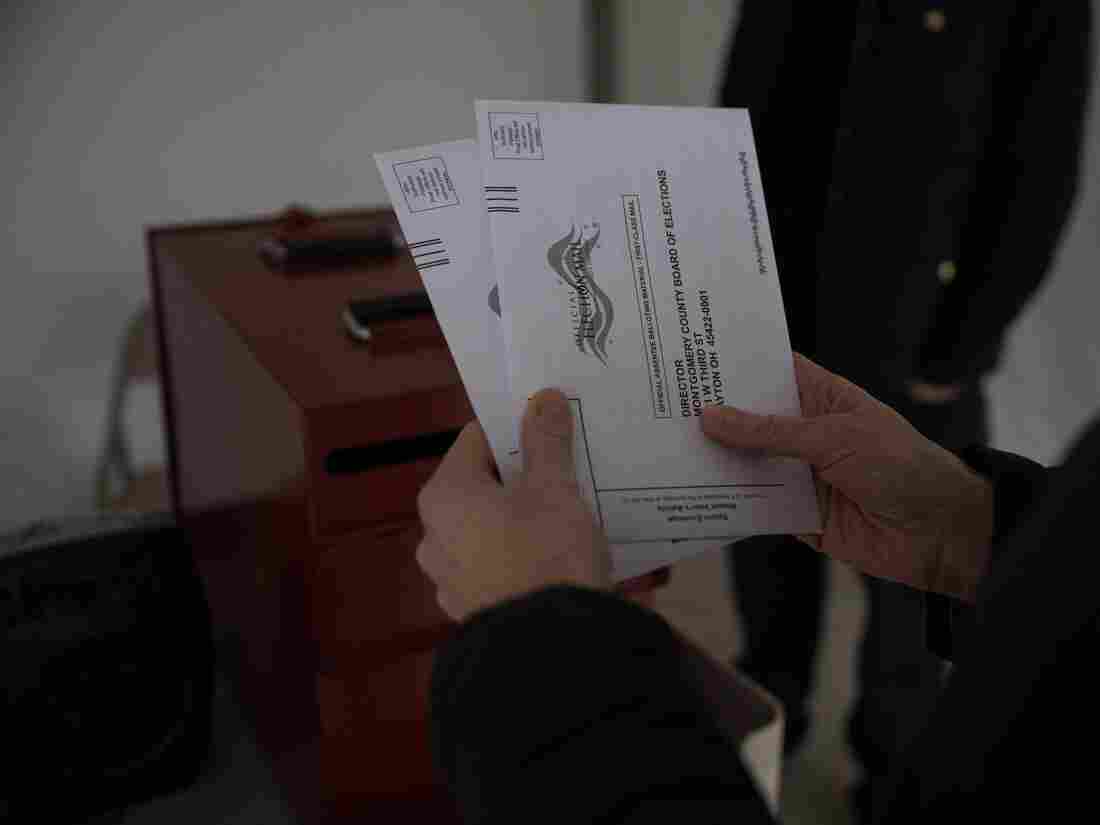 Many election officials want to see an expansion of absentee voting due to the coronavirus outbreak but there are challenges in doing so in time for the remainder of the spring primary season. Megan Jelinger /AFP via Getty Images hide caption 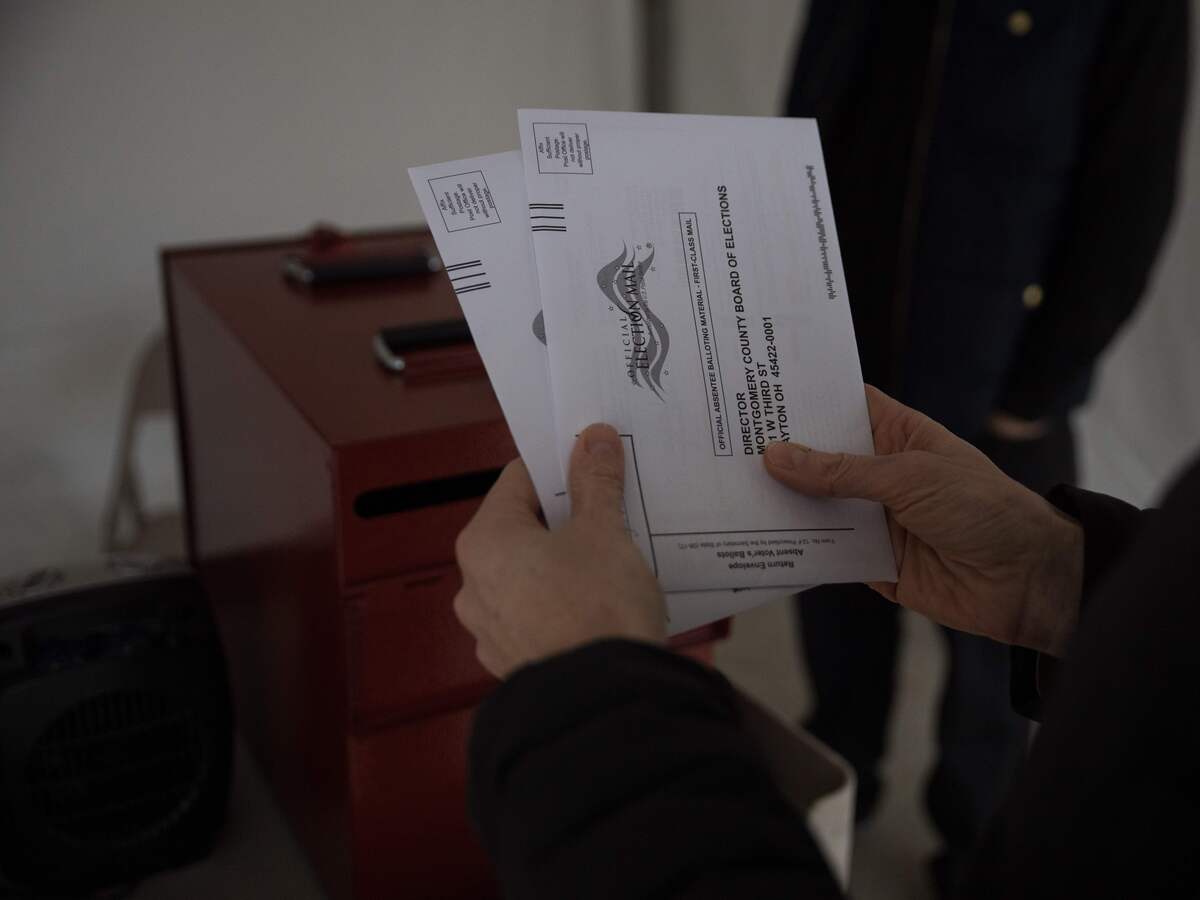 Many election officials want to see an expansion of absentee voting due to the coronavirus outbreak but there are challenges in doing so in time for the remainder of the spring primary season.

State officials have eased some of these rules due to the current crisis, but in some states, it's the legislature that must act and many are not in session due to the pandemic.

Advocates of vote-by-mail say states must act soon to remove any unnecessary barriers. It doesn't make sense, for example, to demand that mail-in ballots be witnessed during a health crisis, said Tammy Patrick, a senior adviser at the Democracy Fund.

"The last thing you need to do is to require that voter to interact with another person in order to vote," Patrick said, adding that postage should also be provided so individuals don't need to go to a post office.

Voting by mail "not a panacea"

While voting by mail is certainly safer and more convenient, said Michael Morley, a professor at the Florida State University College of Law, there are trade-offs. There are many stages at which things can go wrong and, even if a voter sends the ballot in on time with the right signature, there's no guarantee it will be counted.

"If voters are trying to fill out these ballots by themselves at home without the assistance of election officials, they don't know for sure if they are properly filling out their ballots. They might inadvertently undervote a race, either skipping a race or marking too lightly that the machine can't read it," said Morley. "They might inadvertently overvote, think that they're casting votes for two separate races, but they put them on the wrong line."

Those are the kinds of mistakes usually caught at the polling place, where the voter has a chance to recast their ballot so it will be counted correctly.

"Vote-by-mail is certainly an important part of our system. It's going to play an important role in our response specifically to the coronavirus, but it's not a panacea," said Morley

He thinks the best protection for voters is having a variety of options. Vote-by-mail might look good now, but it won't be much use if there's a threat to the postal system — like the anthrax attacks after the September 11, 2001 terror attacks.

There are also other potential problems, ballots could be sent to the wrong address or get lost in the mail. Some worry that automatically sending ballots out to every voter could open the way to fraud and voters being pressured to vote a certain way. Individuals with disabilities or language needs might also have a difficult time voting from home.

That's one reason advocates of expanding vote-by-mail are also pushing for more early in-person voting as an alternative for those who can't use the mail. They also want a system to track and verify ballots as they work their way through the mail system so they don't get lost or stolen.

Perhaps an even bigger question is whether all states can make such sweeping changes on short notice. While some places already rely heavily on mail-in voting, others don't have the infrastructure in place to deliver and count large numbers of mail-in ballots.

The states where vote-by-mail is in wide use already, such as Colorado and Washington, have had years of preparation. Recognizing the challenges, the National Vote at Home Institute has just released a guide to help other states scale up more quickly.

Others have raised concerns about the nation's capacity to print and deliver millions more ballots than usual.

"We're already working 24/7 now," said Jeff Ellington, president and chief operating officer of Runbeck Election Services in Phoenix, which prints and mails ballots in 18 states. It's possible to expand operations to meet a surge in demand, Ellington said, but decisions have to be made soon. Most states need mail-in ballots sent to their voters about twenty to thirty days in advance of an election.

"If you can get to the end of April, end of May, June, July and August, those primaries would have a shot at moving to all mail. But again, it's about making the decision quickly. It's about working closely with the vendors to make it happen," he said.

Ellington also notes that the equipment needed to make sure that the right ballots are inserted into the right envelopes is customized and can't be purchased off -the-shelf. One more challenge: the availability of paper to print the ballots on. A lot of it comes from Asia and other areas that have been hit hard by the pandemic.