Accessibility links
Postal Workers Say They Lack Supplies, Training To Protect Themselves From Virus The USPS says that employee safety is its highest priority. But some workers still fear becoming carriers of another kind — catching and spreading the virus themselves.

Listen · 3:48 3:48
Postal Workers Say They Lack Supplies, Training To Protect Themselves From Virus 3:48 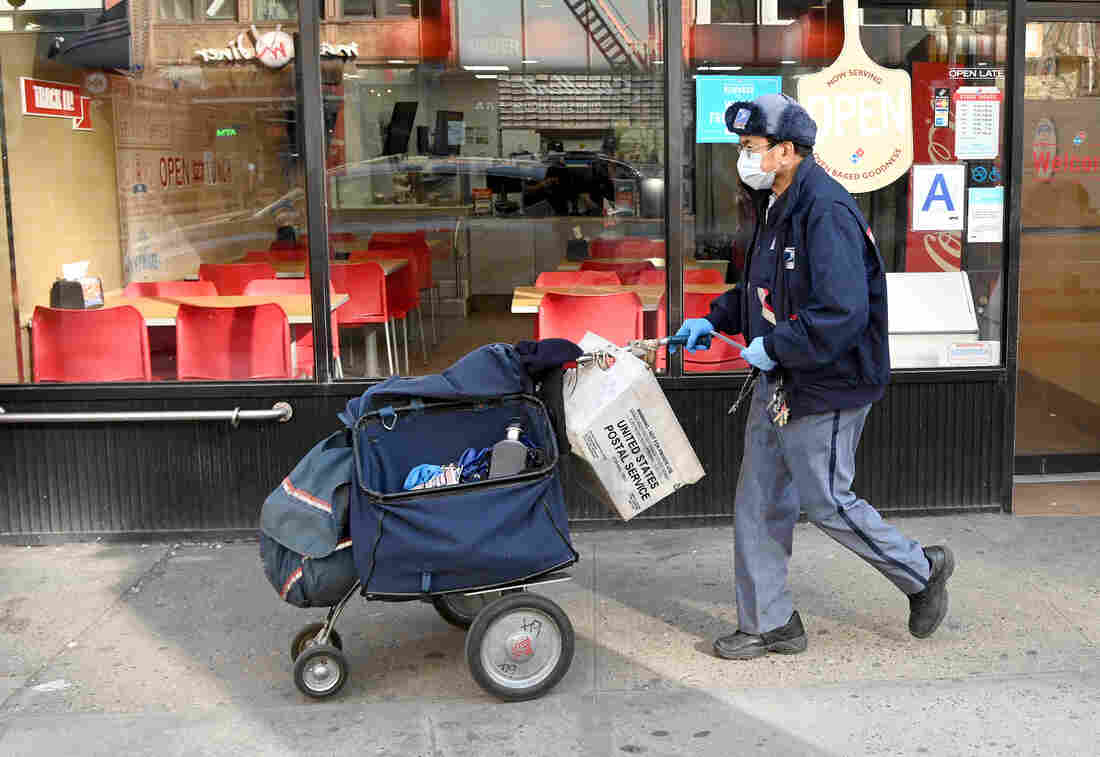 The Postal Service says gloves and surgical masks are made available to all employees who request them, but many postal workers say they don't have what they need. Jamie McCarthy/Getty Images hide caption 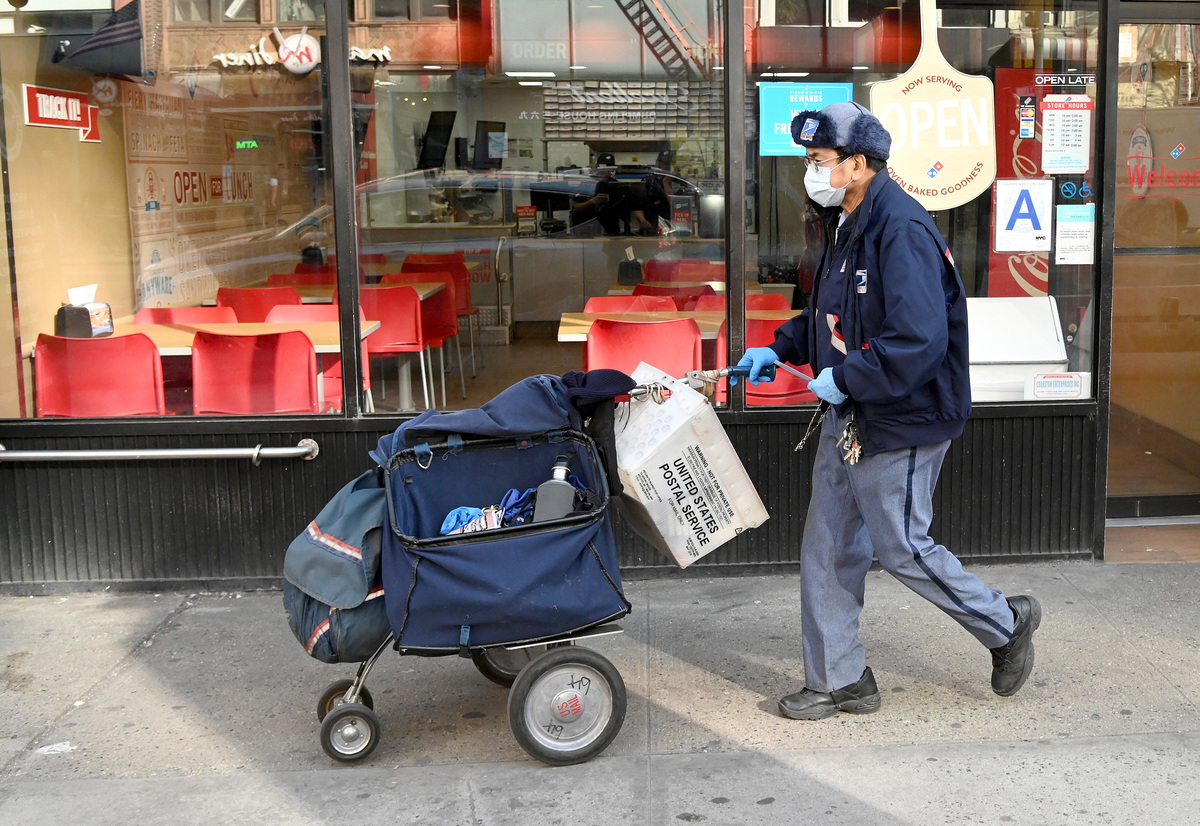 The Postal Service says gloves and surgical masks are made available to all employees who request them, but many postal workers say they don't have what they need.

With just about 500,000 employees, the United States Postal Service is one of the country's largest employers, but many workers say they're not receiving the training or supplies they need to deal safely with the coronavirus. They fear becoming carriers of another kind — catching and unwittingly spreading the virus.

"The management isn't giving us gloves. They're not providing hand sanitizer, and there's no place on the street for us to wash our hands every so often," says Beth, a letter carrier in the Midwest, who has a lot of big apartment buildings on her route. (Beth isn't her real name. She fears that if she complains, she'll be disciplined and could even lose her job.)

Beth says the instructions she and her co-workers are getting — wash your hands and if you're sick, don't come to work — aren't good enough.

"In the Postal Service, basically if you call in like more than three days in a row, you get a letter of warning," Beth says. She fears that unofficial policy could encourage sick workers to come in and spread the virus.

In an email to NPR, a Postal Service representative said that the number of days an employee is absent has no direct correlation to discipline and that employee safety is its highest priority. The USPS says that it's sharing the latest information with workers — they get flyers, videos, e-mails and talks about the virus — and that gloves and surgical masks are made available to all employees who request them.

But in texts, calls and emails, carriers from across the country say they are not getting what they need. One frustrated USPS worker wrote that while they did have a quickly diminishing supply of gloves, they had no hand sanitizer and no masks. "The 6-foot social distancing practice is a joke," the worker wrote. "We have no room in the office to practice it. ... I spent most of last night crying before coming in because there are no precautions that can be taken and no one in office seems to care."

There are also scores of threads with hundreds of similar comments in postal worker groups on Facebook and reddit. One user posted: "Anybody else's station not providing gloves?? We tell our management we need gloves ordered they laugh." Another responded: "We can't even get rubber bands."

Many workers have basic questions, for example: How long does coronavirus live on paper?

Dr. Christopher Gill, who teaches Global Health at Boston University's School of Public Health, says the answer to "Can you get the coronavirus from paper?" is: "Probably, but, I guess we would have to say we do not know."

There's still a lot to learn about how long the virus can stay active on different surfaces, Gill explains. The latest evidence suggests it can remain viable on cardboard for up to 24 hours. But that information comes from a lab study – and "real world" conditions might be different.

"The starting concentration of virus on a parcel, in a post office is probably pretty low to start with, right?" he adds. "Because we're not, like, slobbering and licking all over our packages."

I want to have that pride. I want to go out and show the public, we're going to get through this. But are we doing a disservice by carrying this virus around to more people?

The USPS says that according to the Surgeon General, the CDC and the World Health Organization, there's no evidence that COVID-19 is being spread through the mail. Still, Gill says, just to be safe, don't lick your envelopes. "You should use some other method for doing that to avoid contaminating with your saliva."

Robert Meloni has been a letter carrier for 31 years. He loves his job, and he's proud of it. He says he feels safe at work — and he says his community depends on workers like him to deliver medicine and supplies. But he's torn.

"Yes, I want to have that pride," he says. "I want to go out and show the public, we're going to get through this. But are we doing a disservice by carrying this virus around to more people?"

Meloni says that his wife is a cancer survivor and that he doesn't want to bring the virus home to her. For now, the postmaster general is allowing more executives to work from home. But as for other workers — the mail must go out.