Accessibility links
Afro-Funk Saxophonist Manu Dibango Dies Of COVID-19 The Cameroonian musician who became an international star with his song "Soul Makossa" died Tuesday at age 86 in Paris. His music helped fuel disco — and songs by Michael Jackson and Rihanna. 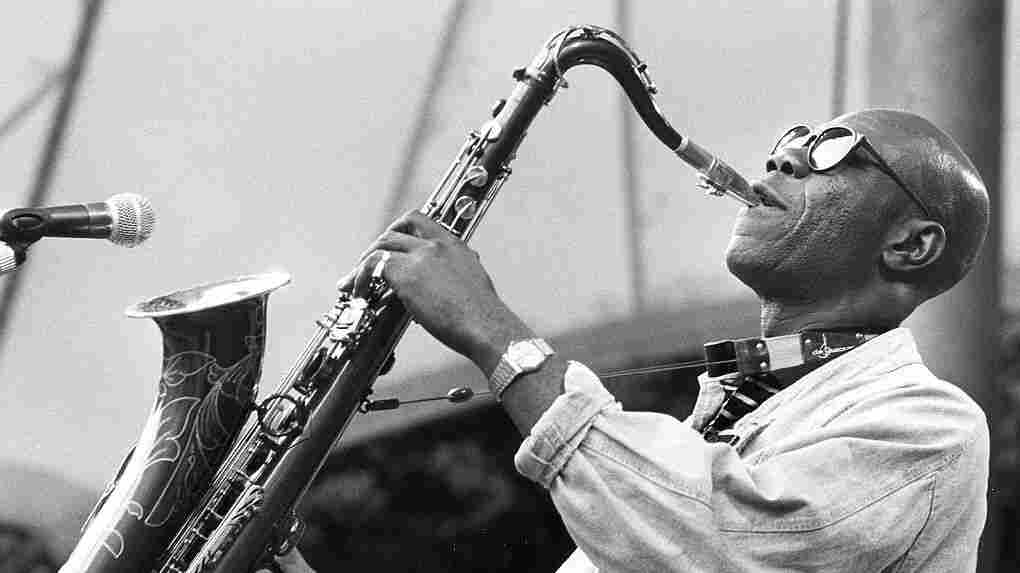 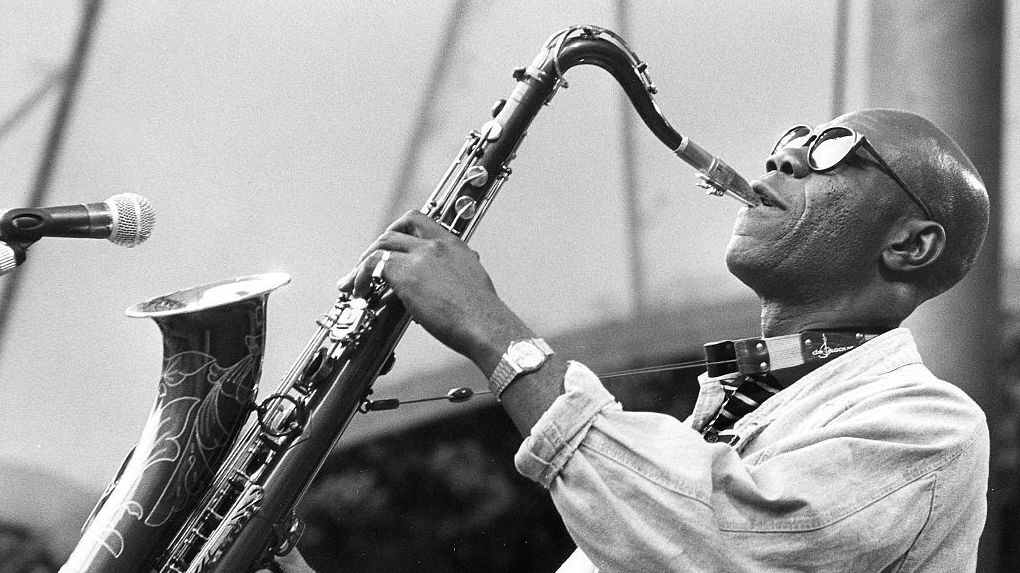 An undated portrait of Afro-funk saxophonist Manu Dibango. He died Tuesday in Paris after contracting the coronavirus.

One of the pioneers of Afro-funk music, the saxophonist Manu Dibango, has died of COVID-19. He was 86 years old, and died in Paris. Internationally, he was best known for his 1972 song "Soul Makossa," though his entire oeuvre could have been the soundtrack to a cooler 1970s than most people lived. But that one, funk-drenched hit, lit by Dibango's burning saxophone, went on to influence the sound of American disco — and its hooky spoken intro helped power songs by Michael Jackson and Rihanna.

Dibango's death was announced on social media by his representatives, who said that he died Tuesday at age 86 due to the coronavirus; they had also announced last Wednesday that he had been hospitalized due to the pandemic. A public memorial will be "organized when possible," the announcement said.

"Soul Makossa" became a hit in New York after DJ David Mancuso started playing the track at his Loft parties.

Dibango was born December 12, 1933, in the port city of Douala, Cameroon; his father was a civil servant. His parents' marriage was unusual for the time: His mother came from the Douala ethnic group, and his father from the Yabassi, and he later said that he never felt quite at home identifying with either.

When he was 15 years old, his parents sent him to study in France, so that he could return as an administrator, like his father. He paid for his initial rent in Europe with three kilograms of coffee from home — a fact that provided the title for his autobiography. He had been sent abroad to study philosophy, but instead fell in love with American jazz. As he told WHYY's Fresh Air in 1990, his parents were extremely upset by his decision to pursue music professionally, and cut him off.

While still in France, he began playing in bands — piano, mandolin, vibraphone and, soon enough, saxophone. Dibango made his way to Brussels, where he met one of Africa's greatest bandleaders, Joseph "Grand Kallé" Kabasele, a master of Congolese rumba. This was a time of exciting, super-danceable musical experimentation -- Congolese rumba was a blend of American jazz, Cuban rhythms and buoyant African sounds. The genre-bending, free-wheeling music became part of the roots of Dibango's own creativity as a bandleader.

Kabasele hired Dibango to play saxophone in his group, African Jazz. As part of that group, Dibango traveled to what was then Congo, now Zaire, to spend a month with the band. Instead, he stayed two years and opened his own club, Tam-Tam, in what was then the city of Léopoldville, now Kinshasa.

Dibango then moved to France where, in the late 1960s and early '70s, he began to forge a career as a significant solo artist. But "Soul Makossa" skyrocketed him to international fame.

"Soul Makossa" was originally the B-side for a Dibango 45 RPM single; its refrain was something of a branding exercise for "makossa," the funky, jazz-tinged dance genre that Dibango pioneered. (Kossa means "dance" in Douala, his mother's native language.)

In 1982, Michael Jackson picked up a version of a line that Dibango declaimed on "Soul Makossa" — which Jackson sang as "mama-se, mama-sa, ma-makossa" — on his song "Wanna Be Startin' Somethin' " from the album Thriller.

The Cameroonian musician sued the American megastar; Jackson settled out of court for an undisclosed amount of money. In 2007, Rihanna sampled Jackson's version of the "Soul Makossa" line on her song "Don't Stop the Music." (Jackson had given her permission, but not Dibango.) Two years later, Dibango sued Jackson again, as well as Rihanna in France; that time, his case failed, due to the earlier settlement.

Publicly, Dibango did not dwell on his wranglings with Jackson; as he wryly told Fresh Air in 1990, "I think he wanted to say hello to Africa somewhere."

A previous version of this obituary incorrectly stated that Manu Dibango was the first African artist to have a song on the American Top 40 charts. He was not.