Accessibility links
Pelosi Optimistic About Deal On Coronavirus Stimulus Bill The House speaker said a Senate agreement could be "done in the next few hours." The remarks are a boost for an approximately $2 trillion deal to revitalize an economy hobbled by the outbreak. 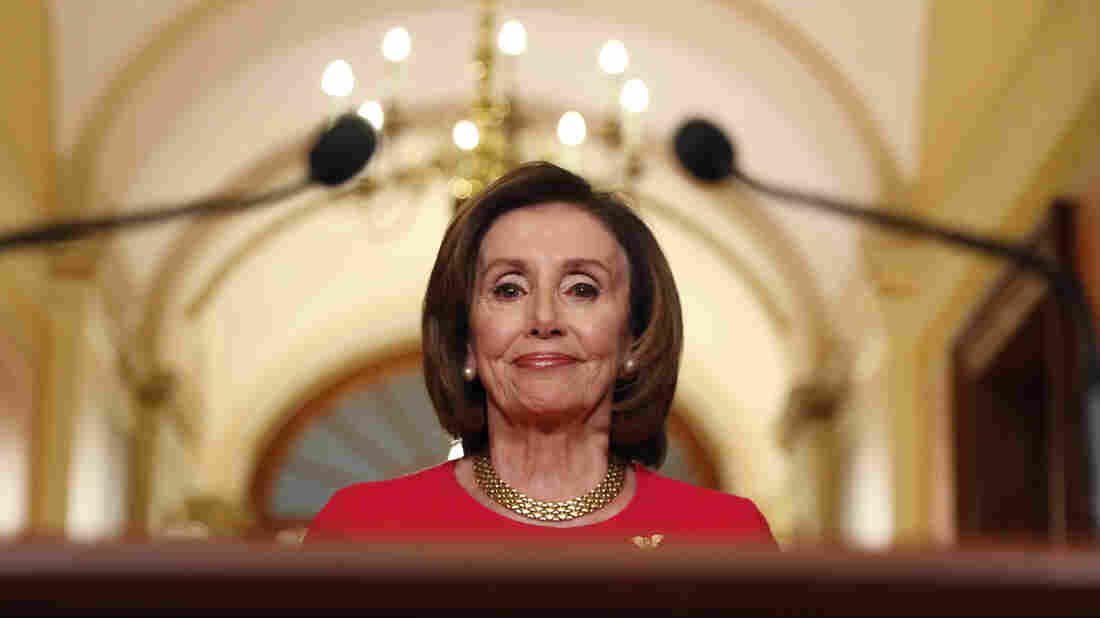 House Speaker Nancy Pelosi arrives Monday to speak outside her office on Capitol Hill. The day was filled with back-and-forth in the Senate over the House Democrats' financial stimulus package. Andrew Harnik/AP hide caption 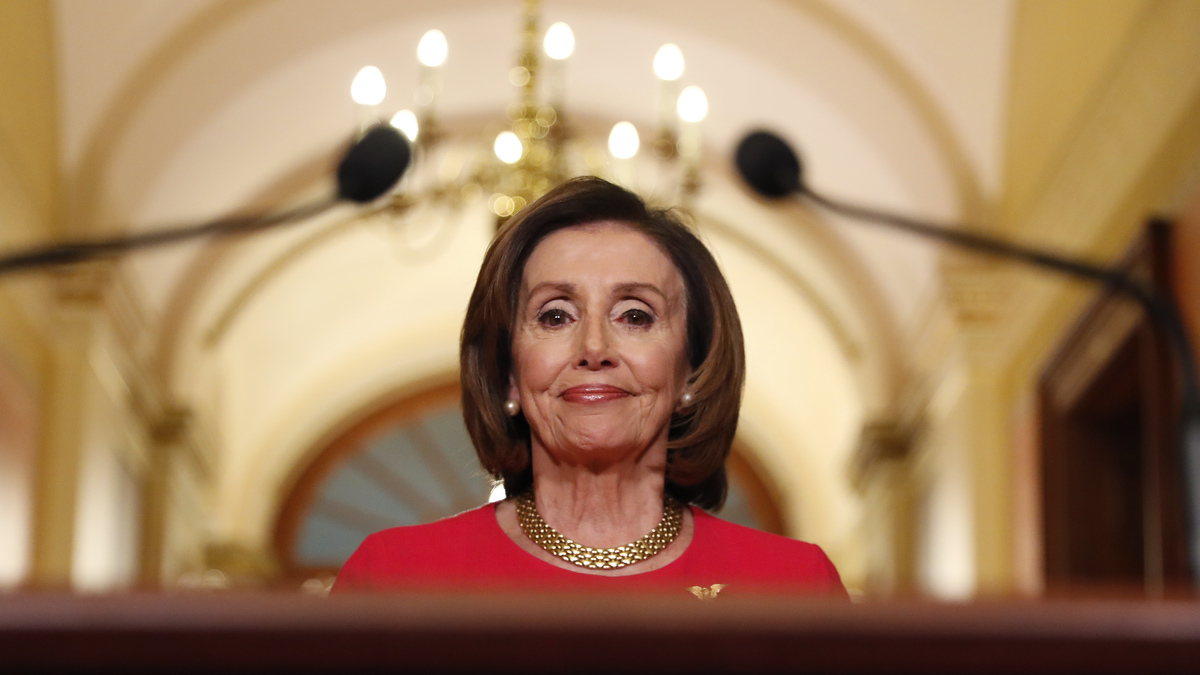 House Speaker Nancy Pelosi arrives Monday to speak outside her office on Capitol Hill. The day was filled with back-and-forth in the Senate over the House Democrats' financial stimulus package.

A Senate agreement on a third wave of emergency funding to address the coronavirus could be "hours" away, House Speaker Nancy Pelosi said Tuesday, as Republicans and Democrats seemed close to bridging disagreements that have stalled a deal on the approximately $2 trillion package.

"I think there is real optimism we could get something done in the next few hours," Pelosi said in an interview on CNBC.

She said she was pleased by the plan's new provisions, such as new oversight of funds that could be distributed to larger industries hit hard by the pandemic and support to local and state governments.

She said Democratic negotiations have also made progress in blocking moves to fund corporate buybacks, CEO pay and other concerns.

FEMA's Fight Against Disinformation, From National Lockdown Rumors To Stockpiling

Senate Minority Leader Chuck Schumer said in a speech on the Senate floor that negotiators were in the process of working out a few remaining issues, which he expects will be resolved within hours.

Among the changes he said Democrats have secured is a major expansion of the Unemployment Insurance program. Schumer said he expects the bill will provide four months of full salary payments for people who lose their jobs because of the coronavirus.

"What it says is if you lose your job in this crisis, you can be furloughed by your employer," Schumer said. "You stay on that employer's work list. If you have health benefits with that employer. you can keep getting them. But, and most importantly, the federal government will pay your salary, your full salary for now four months."

The proposal would allow more people to qualify for unemployment, including those who are furloughed, freelancers, and other contract or gig employees, according to a Democratic aide familiar with the negotiations. It would work by increasing the benefit by $600 a week for four months on top of the weekly rate states give as a base for unemployment assistance.

The plan would expand existing unemployment by 13 weeks, meaning people who are nearing the point where they would max out their access to the program would have their time extended, the aide said.

The potential for a deal was good news for U.S. stocks that have been battered by the uncertainty surrounding the coronavirus. The Dow Jones Industrial Average was up nearly 10% at noon.

"We're on the 5-yard line. It's taken a lot of noise and a lot of rhetoric to get us here," he said. "If we act today, what Americans will remember and what history will record, is that the Senate did the right thing."

Earlier, Pelosi acknowledged there were some details to hammer out, but said they aren't "deal-breakers" and include a call for new worker protections and expanded medical leave.

"I think we are getting to a good place if they stay there — the problem is it moves," she said of the legislation's changes. She said she hopes the House could approve the bill under unanimous consent, but if that's not possible, they can call members back to amend the Senate bill or pass their own proposal and go to conference to hammer out a final bill.

"The easiest way to do it is for us to come to put aside some of our concerns for another day and get this done," Pelosi said.

However, she said an ultimate deal is within reach.

"We think the bill has moved sufficiently to the side of workers," Pelosi said. She later added, "I think we are on a good track."

Tuesday's optimism was in sharp contrast to Monday's back-and-forth in the Senate. House Democrats had introduced their own proposal, which a House Democratic aide said was valued at $2.5 trillion and focused on boosting health care access, unemployment insurance, the health care industry and payments to workers.

McConnell had blamed Democrats on Monday for delaying progress on the bill even as Democrats continued to negotiate with White House officials.

The Senate majority leader called for the Senate to support a GOP-drafted bill that includes expanded unemployment insurance, aid for small businesses and loans for large corporations.

"The American people have had enough of this nonsense. They're wondering where we are. They're looking to us to solve this problem," McConnell said.

But late Monday, Schumer, D-N.Y., said he was "very, very close" to an agreement with the White House.

"Secretary Mnuchin called the president, we told him we are very, very close to an agreement and he seemed very happy with that," Schumer said.

He met with Treasury Secretary Steven Mnuchin four times Monday, including a meeting shortly after 8 p.m. ET, a Schumer spokesman had said.