Accessibility links
'It's Not All Downhill From Here': Terry McMillan On Aging : Code Switch This week, senior correspondent Karen Grigsby Bates talks with the best-selling author Terry McMillan, famous for her novels Waiting to Exhale and How Stella Got Her Groove Back. The two longtime friends chat about McMillan's latest novel, It's Not All Downhill From Here, and the topics the book tackles: aging, friendship, race and sex.

Last Thursday, California's Gov. Gavin Newsom issued a stay at home order, directing California's 40 million residents not to leave their homes, except for essential travel. But days before that order, Californians like me—that is, people 65 and older—had been ordered to stay at home, because we're some of the most vulnerable to the effects of COVID-19. 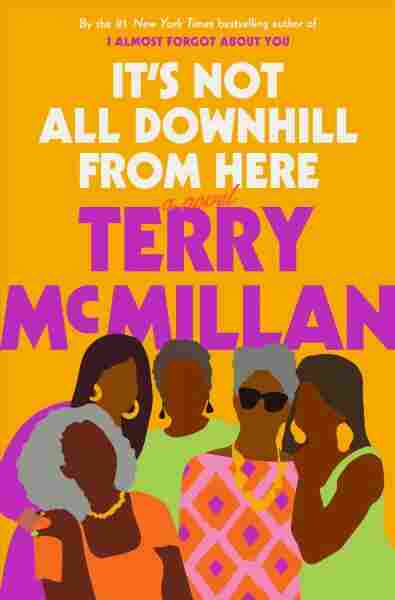 It's Not All Downhill from Here

Title
It's Not All Downhill from Here
Author
Terry McMillan

I am—drumroll, please—68 years young. I'll admit it's been very tough to stay cooped up inside. But I have books, and I have some closets to reorganize. (In fact, I'm recording my part of the podcasts from inside one of those closets.) My husband is here with me, too—so you know, there are all sorts of things we can do together during this time of social distancing.

So...if you're looking for a book to read while cooped up, look no further than It's Not All Downhill From Here, the latest novel from Terry McMillan. She's the author of the classics Waiting to Exhale and How Stella Got Her Groove Back—wildly popular books about black women that also became wildly popular movies. Her new novel follows the main character, Loretha Curry, and her crew of very close friends. These women are all dealing with different issues: loss, health problems and fights with loved ones. But there's also romance mixed in; the characters are aging, but they're still living their lives to the fullest.

The book comes out on March 31, and it has everything: friendship, family, sex and race. So I called up Terry McMillan, whom I've known for years, to talk about all of it—and, of course, what it means to get older, especially in these uncertain times.

Karen Grigsby Bates: For people who are not familiar with the book, give us an elevator recap of what's happening between the covers of It's Not All Downhill From Here. 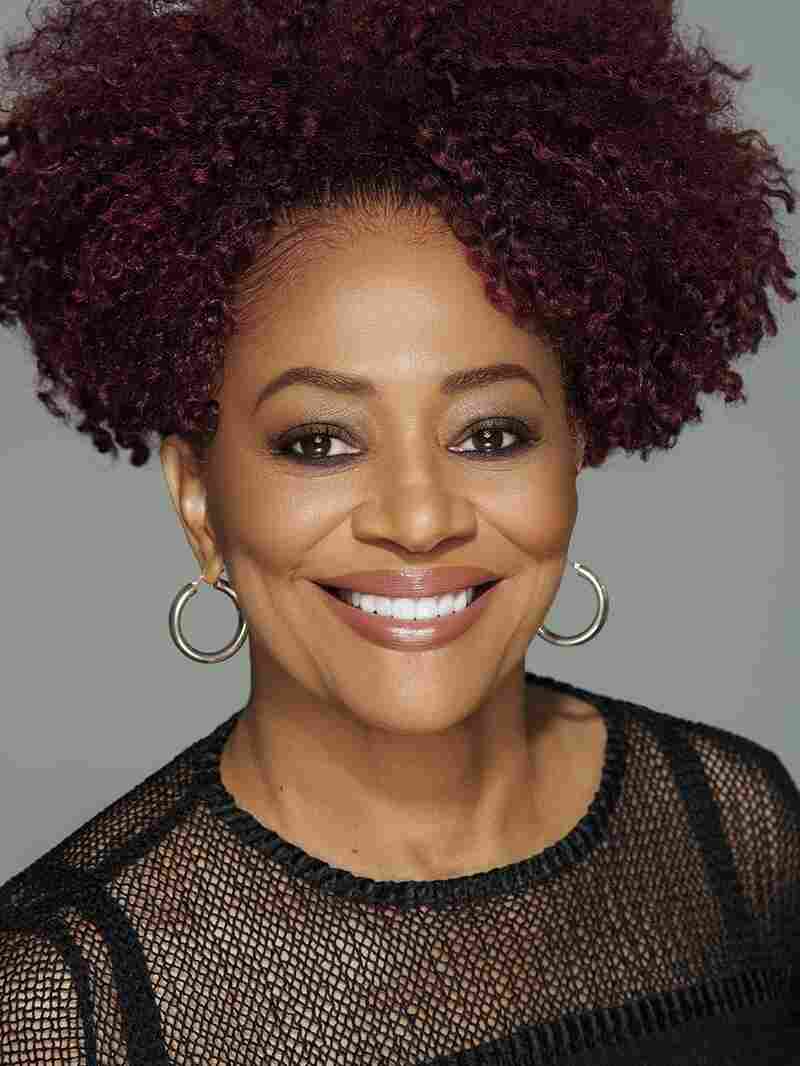 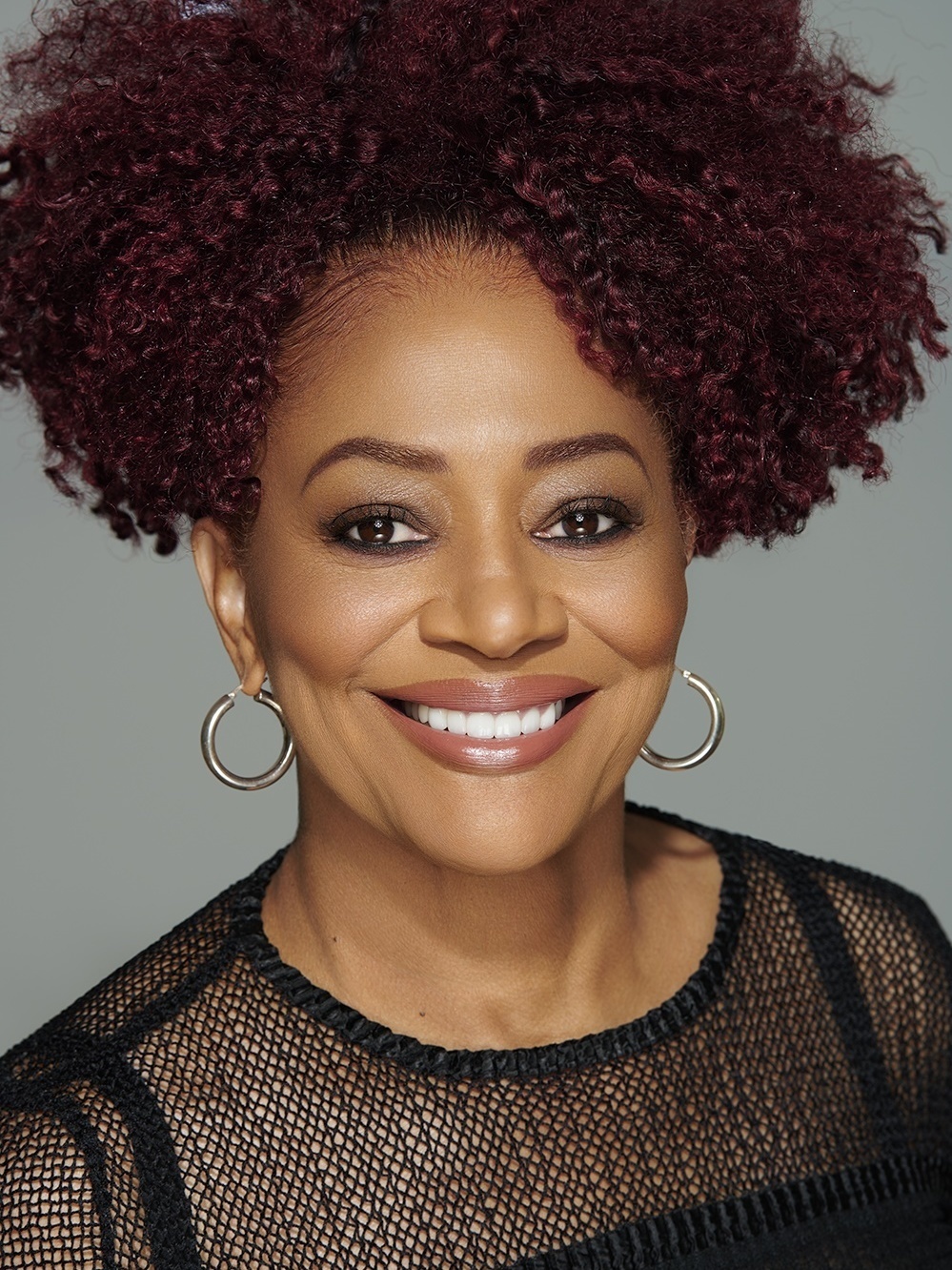 Terry McMillan: Loretha is the main character, but she has a host of friends. They're all in their 60s and went to high school together. She has a tragic loss, and she has to figure out how to live the rest of her life. And with her friends, everybody's going through something; in some cases, it's health issues. But for the most part, they're aging, and they are not interested in dying anytime soon. Loretha, who is probably the head honcho, owns a beauty supply [shop]. She decides that we need to do something really to pump up the volume, because this is not all downhill from here.

It's how we basically can figure out and learn how to take better care of ourselves, and to not feel like you're just living to die. You can live up until the last minute.

Bates: It's Not All Downhill centers around a group of women who are as close as sisters. [The women] both aggravate and sustain each other, like real sisters. You often work within the framework of black sisterhood. Why is that important to you?

McMillan: I have three sisters, one of whom has passed away recently. I'll put it this way. I have friends who I've known since college, and we treat each other like sisters. Back then, we were college students, and we were trying to find our way. Everybody was trying to find their way, and most of my friends have.

McMillan: They're communing. They're trying to lift each other up as they're going through something. This is their way to let each other know: "I'm not feeling so hot. I'm scared. I'm worried. I'm nervous. I'm lonely. I miss my husband." It's their way to confide in each other, hopefully without being judged, even though they do judge each other. But they're at the point now where they don't mind, because they know there's love inside of it. It's where they can actually be themselves. They don't have to put on any airs.

Bates: Just as your friend group in Waiting to Exhale made a certain kind of black woman visible to Hollywood, do you think Loretha and her friends might do the same thing for women in their 60s? That age group is still fairly invisible for a lot of reasons.

McMillan: I don't think that I was writing to prove anything about how valid our lives still are at this age. That's hopefully what people get out of it. I mean, I don't feel like I have one foot in a grave, and I don't really feel like it's all downhill from here. I'm having a pretty damn good time, and I'll do whatever I can do to try to take care of myself.

Bates: Does it shock you to realize what your age is now? I have a friend who says, "I don't think of myself as 69 until I look in the mirror. I always think I'm like 28 or 29. And then when I'm shaving, I realized, oh, dude, you're a whole lot older than that." But on the inside, he doesn't feel that old. Do you feel that way, too?

McMillan: I feel pretty good, and I like the way I look at my age. I'm not trying to look 50. I just want to feel good. I don't have any problems with wrinkles. I'm not getting any plastic surgery, no lipo, none of that stuff. I'm not doing any of this. I will slide into home the way I'm supposed to.

McMillan 'Asks' Readers To Empathize With A Family's Problems

Bates: I have an aunt who just celebrated her 100th birthday, and she has always had people who were friends of different ages when she was younger. She was friends with people older than she is, as well as people who were younger. And I see now that she's you know, she's 100 and a lot of the people who come to hang out with her are my age or younger. She says, "Oh, yes, darling, you have to do that, because this will make you still interested in life."

McMillan: One of the things that I have started to realize is that I'm the one who probably talks more about my age than the people that I associate with who are younger. They don't trip on it. They don't think about it. And as a matter of fact, when watching a Lakers game the other day, [my friend] said, "Terry. Shut up, would you? You're not old. You're 68." And I've loved that. I don't walk around feeling like I'm old, but, you know, I say it almost as a joke. I don't care. You know, however you want to roll with it.

McMillan: I don't know. I walk three and a half miles by the Rose Bowl. I do whatever I want to do, and I don't care what age is associated with it. I don't care. Some of these kids, I have to tell them, you know what, you don't necessarily have it all figured out at 30 or 25. Life can be a stroll. It can be a roller case coaster ride. It can be uphill, downhill. But the bottom line is that you can roll with it. You don't have to have everything figured out by 25, 30 or 35. I published my first book when I was 36. I had my first and only kid when I was 32.

One of the things that I was interested in [writing It's Not All Downhill From Here] was I wanted to have different women who have different things going on in their lives. Not everybody has been to college [or is] a big success. But they're still friends, and they love each other.

Bates: There's a popular notion that I hear a lot, and that I also hear denied a lot: that older people aren't interested in or don't have sex.

McMillan: Well that's bullsh*t. I don't know who made this stuff up. I remember when I was younger, and I heard my mother and father. I thought they were fighting, And then I found out they weren't, because I went and knocked on the door. My mother said, "What do you want?" I said, "Is daddy hitting you?" She said, "No, he's not hitting me." And then I said to myself, Well, what the hell could they be doing in there? And then it dawned on me. The thought that they were old and doing this stuff made me want to throw up.

Bates: This pops up a few times in the book, when people are either wishing for a sexual partner if they didn't have one, or thinking, man, it's been a while. Why was it important to continue to include this?

McMillan: People think when you get older, you become asexual. And I don't buy it. You still have the same kinds of desires and you want intimacy. And who doesn't want a kiss and hug, among other things? That's some 1960s stuff. We don't have to apologize for this. You know, we are sexual beings at 60, 68 and I hope 80.

Bates: Your books are infused with family and friendship, yet some critics have dismissed them as "chick lit" because they're about women.

I have watched women over the years—my mother, my aunts, my friends and teenage girls—and all the stuff that we go through. Our lives are hard. We have to manipulate and second-guess folks, and we still want to be happy, and be sexual beings, and smart and educated. We're not chicks. We're women and girls.

Read an excerpt of It's Not All Downhill from Here

You can find this episode and the rest of Code Switch wherever you get your podcasts, including NPR One, Apple Podcasts, Google Podcasts, Pocket Casts, Spotify and RSS.