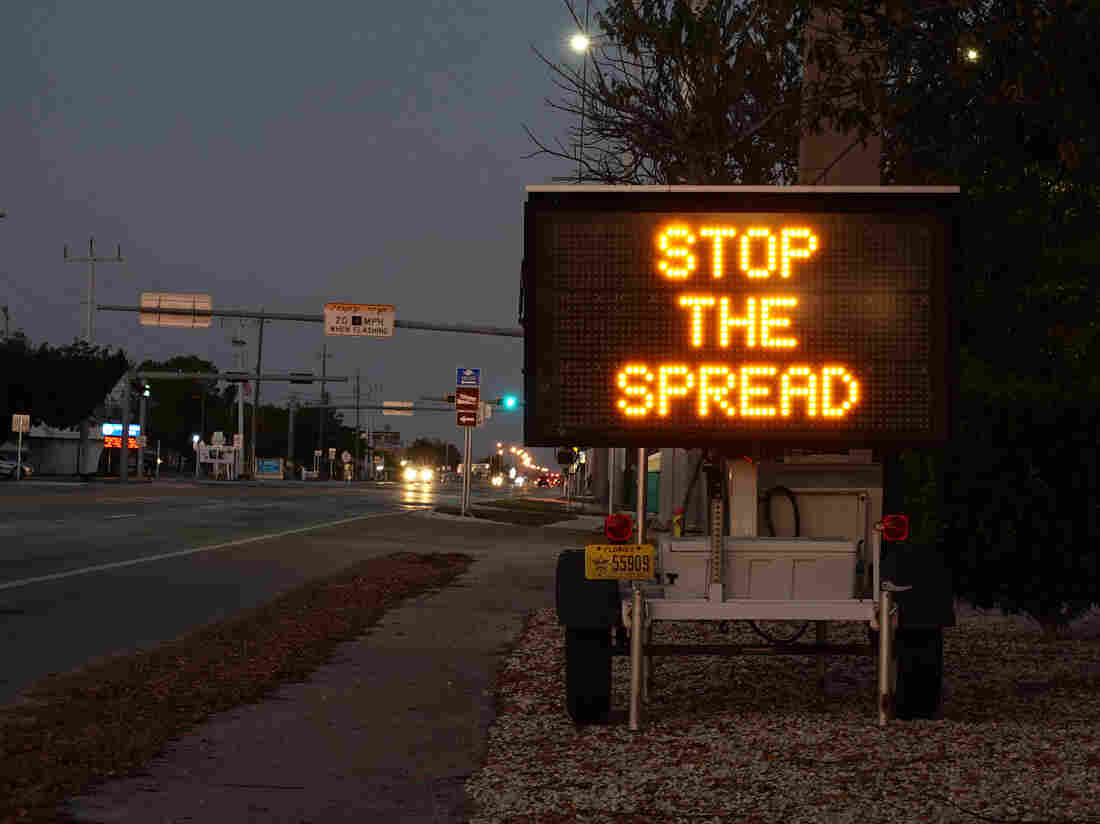 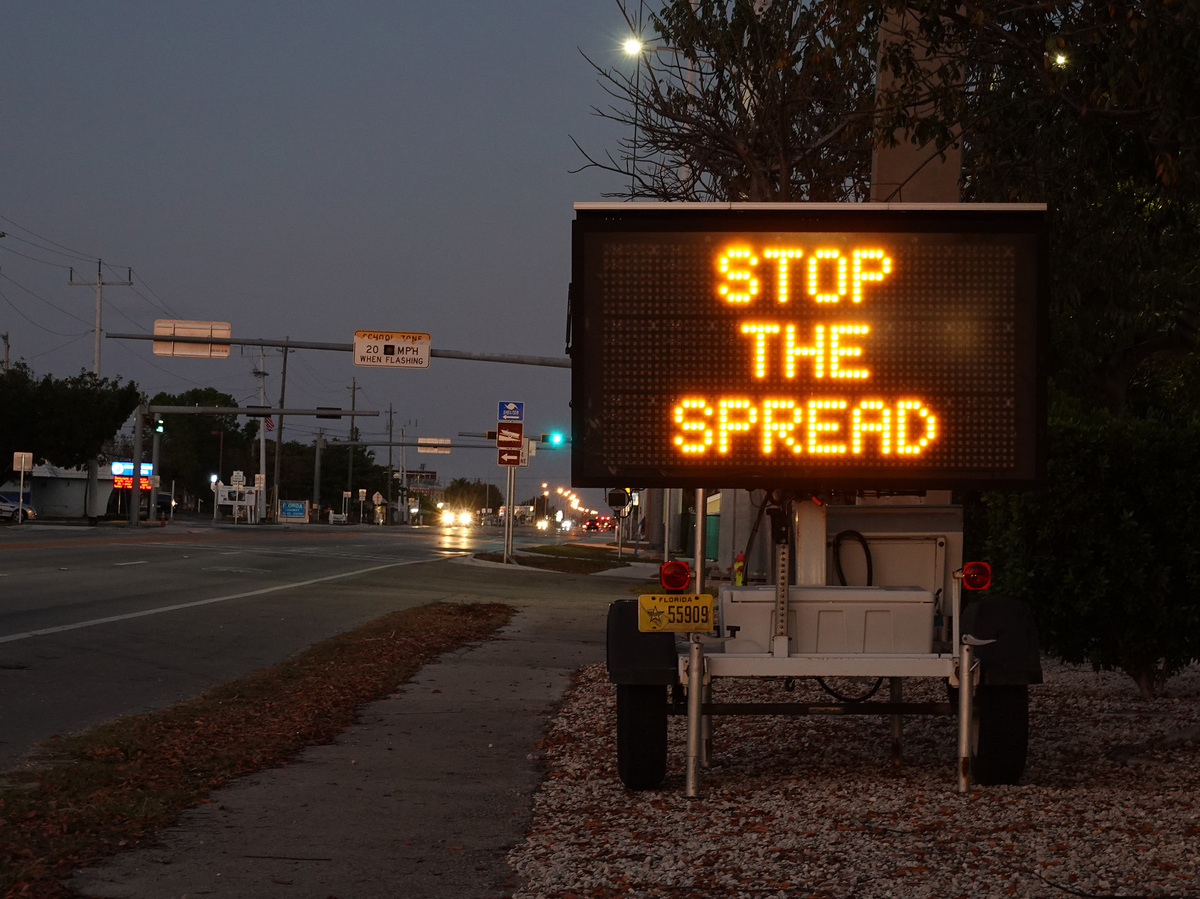 The U.S. Senate overwhelmingly approved a $2 trillion relief package Wednesday night designed to alleviate some of the worst effects of the swift economic downturn currently underway as a result of the coronavirus pandemic.

Ahead of the 96-0 vote, Senate Majority Leader Mitch McConnell (R-Ky.) told lawmakers, "Our nation obviously is going through a kind of crisis that is totally unprecedented in living memory."

As of Wednesday evening, there were 65,000 diagnosed cases of the highly contagious virus in the U.S. and more than 900 deaths.

"The legislation now before us is historic because it is meant to match a historic crisis," said Senate Minority Leader Chuck Schumer (D-N.Y.).

The plan marks the largest rescue package in American history. The legislation covers an array of programs, including direct payments to Americans, an aggressive expansion of unemployment insurance, billions of dollars in aid to large and small businesses, and a new wave of significant funding for the health care industry.

The agreement is an expansion of a Republican legislative proposal issued last week, dubbed the CARES Act — the Coronavirus Aid, Relief, and Economic Security Act — to provide relief to virtually every rung of the U.S. economic ladder.

Among the deal's key provisions:

The House will take up the measure on Friday, according to House Majority Leader Steny Hoyer (D-Md.). To protect members from the risks of exposure, the House will hold a voice vote on the bill. 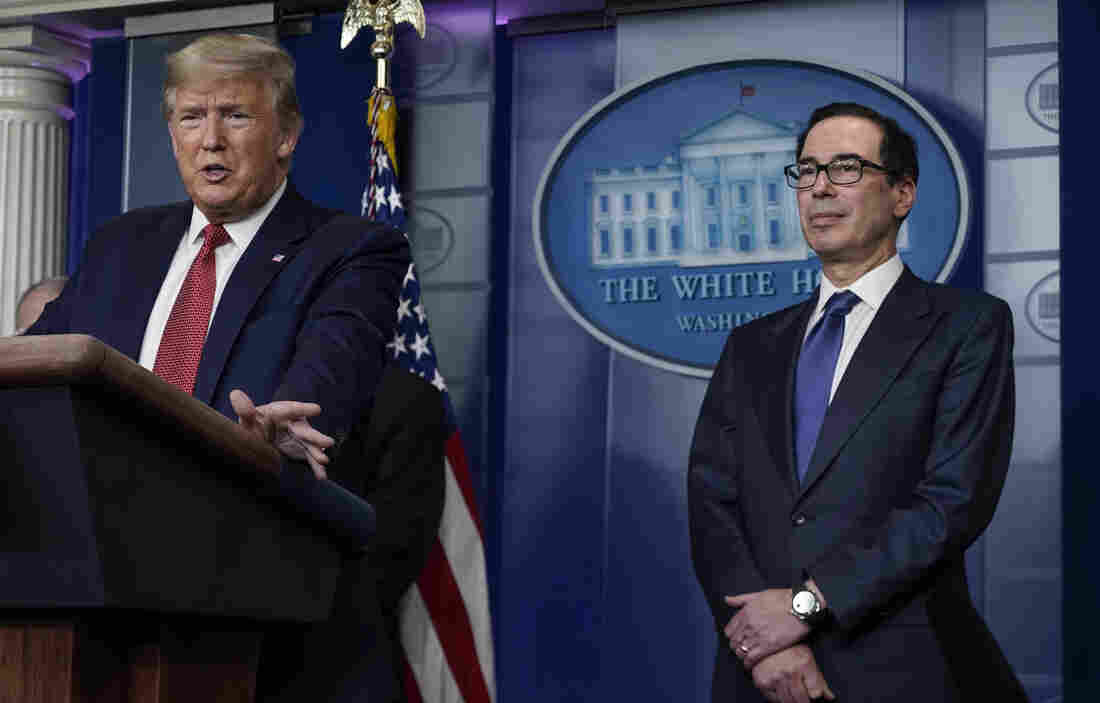 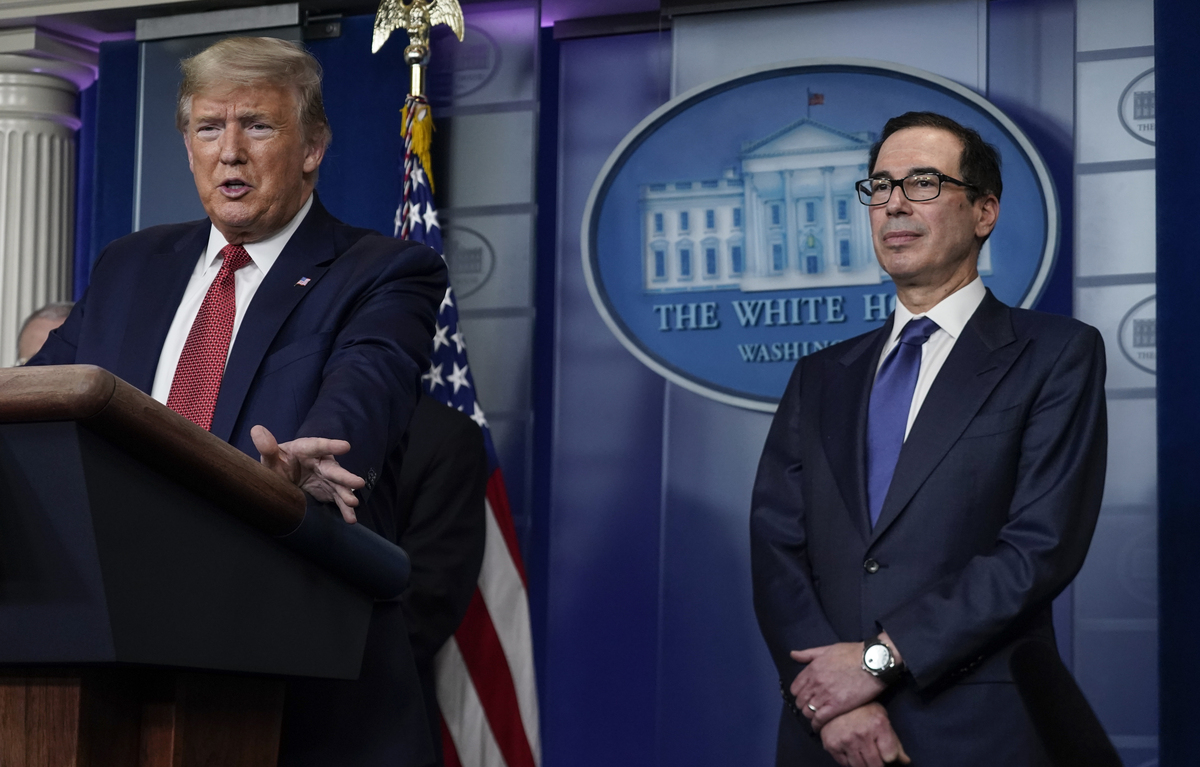 President Trump and top members of his administration gave their strong support to the bill Wednesday.

"We couldn't be more pleased with the unprecedented response from the Senate to protect American workers and American business in this situation," Treasury Secretary Steven Mnuchin said at the daily White House coronavirus task force briefing, flanked by Trump, Vice President Pence and others.

Trump emphasized Wednesday that would immediately sign the bill once passed by both houses of Congress.

A group of Senate Republicans — Lindsey Graham, Tim Scott, Ben Sasse and Rick Scott — had voiced last-minute concerns, saying the bill's unemployment assistance provision would allow jobless Americans to make more money under unemployment than if they were working normally.

They were given a vote on an amendment to pare back the unemployment benefits but the measure failed on the Senate floor Wednesday shortly before the bill's final passage.

Earlier in the day, McConnell touted the bipartisan deal reached overnight to provide cash payments to Americans, help to struggling small businesses and more resources to state and local governments, as well as to hospitals.

He also acknowledged it was only one part of the overall response needed.

"Nobody thinks legislation can end this [coronavirus crisis]," McConnell said Wednesday. "We cannot outlaw the virus. And no economic policy can fully end the hardship so long as the public health requires that we put so much of our commerce on ice. This isn't even a stimulus package. It is emergency relief. That's what this is."

McConnell noted that much of the $2 trillion legislation is built on the proposal that Senate Republicans unveiled on Sunday, and he downplayed changes Democrats were touting. He said he would leave it to others to decide whether "the last few changes merited three days of delay in the face of this worsening crisis."

House Speaker Nancy Pelosi acknowledged the House would not be able to pass the Senate bill by unanimous consent – a process she wanted to use to avoid calling members back to the Capitol as more lawmakers are self-quarantining due to exposure to the virus. She said leaders pledged to give 24 hours' notice ahead of the vote and said on CNN "we can take a voice vote if someone calls for a recorded vote then we're prepared to go in that direction as well."

House Republicans are strongly behind the measure, according to a senior GOP leadership congressional source.

The deal comes after days of intense negotiations and false starts among McConnell, Schumer and Mnuchin. McConnell and Schumer announced news of a breakthrough on the Senate floor shortly after 1:30 a.m. Wednesday.

Last weekend, Democrats had walked away from bipartisan talks among senators in favor of negotiating more directly with Mnuchin and the White House to get a final deal that reflected more of their priorities.

McConnell chafed at the tactics but supported the end result. "It's taken a lot of noise and a lot of rhetoric to get us here," he said on the Senate floor Tuesday morning.

This is the third piece of bipartisan legislation this month to address the coronavirus pandemic, with two emergency stimulus bills already signed into law. But this latest deal eclipses the earlier packages in scope and spending.

Earlier this week, Democrats delayed negotiations because they wanted to include more conditions on the loan fund for corporations, more money for hospitals and more generous unemployment benefits. Democrats secured concessions on all three in the final deal.

The plan also includes several Democratic oversight initiatives. Among those, it creates a Treasury Department special inspector general for pandemic recovery and a Pandemic Response Accountability Committee to oversee loans to businesses.

It also prohibits businesses controlled by the president, vice president, members of Congress and heads of executive departments from participating in the loan or investment programs, Schumer's office said. In addition, children, spouses and other relatives will also be banned, it said.

There are also provisions to ban stock buybacks for the term of government assistance, plus an additional year for any company receiving a government loan from the bill. In addition, it establishes worker protections attached to federal loans for businesses, and it prohibits airlines from using the funds for CEO bonuses.

Education Dept. Will Stop Collections On Student Borrowers In Default

Pelosi recently negotiated the second coronavirus package directly with Mnuchin and without McConnell's involvement. That package, estimated to cost more than $100 billion, provided for new paid sick leave benefits and funds to expedite access to coronavirus testing. Republicans were tepid about the package, but Trump endorsed it and it ultimately passed Congress with the support of 90% of lawmakers in both chambers.