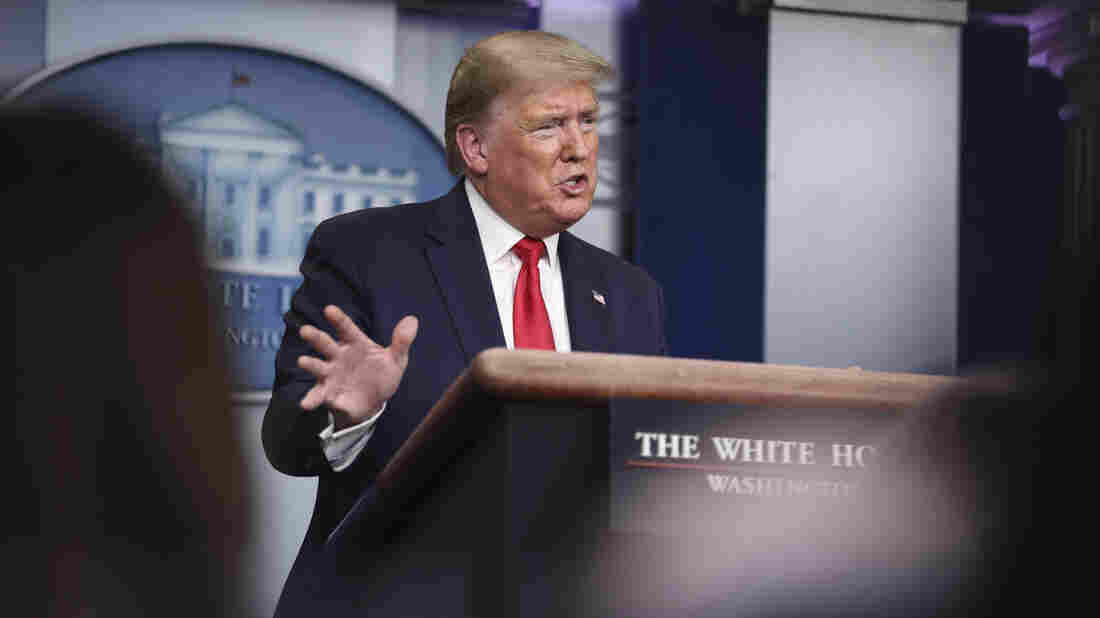 President Trump has explained his reluctance to use the Defense Production Act by likening it to a government takeover of companies. Oliver Contreras/SIPA/Bloomberg via Getty Images hide caption 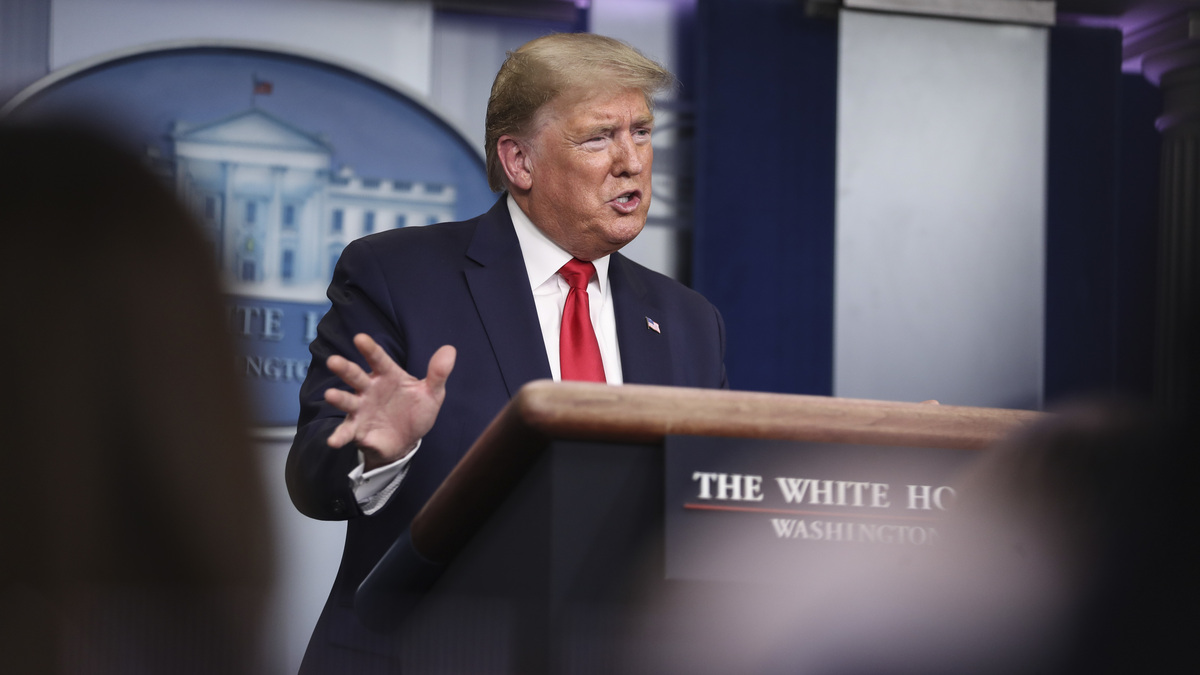 President Trump has explained his reluctance to use the Defense Production Act by likening it to a government takeover of companies.

The Trump administration has so far resisted calls to use a Cold War-era law to help fill gaps in medical supplies that are badly needed due to the coronavirus outbreak.

Many governors and health officials have been pleading with President Trump to use his authority under the Defense Production Act to get the federal government more directly involved in the buying and distribution of items like ventilators and face masks — items that have been in short supply, with states competing for them.

But Trump has given mixed messages about his use of the law, and the White House has argued that it has not needed to use its authority under the measure because the private sector has been cooperating with the administration on its own.

The Defense Production Act was first enacted during the Korean War. It gives the executive branch the power to direct the production and distribution of materials that are deemed essential to national defense. The government can jump to the front of the line to buy goods from companies and ship them where needed.

While Trump has designated ventilators and protective equipment as essential under the law, he has not used the act to force companies to produce certain items.

New York Gov. Andrew Cuomo says it's time for Trump to use this authority to get the state — which is the state hit hardest so far by the coronavirus — the 30,000 additional ventilators he says it desperately needs.

"Only the federal government has that power. And not to exercise that power is inexplicable to me," Cuomo said on Tuesday.

Pence and other Trump administration officials have maintained that private companies are stepping up without government force.

Trump trade adviser Peter Navarro told reporters on Sunday that the threat of the Defense Production Act is leverage enough.

"What we've seen with this outpouring of volunteers from private enterprise, we're getting what we need without putting the heavy hand of government down," he said.

The White House message on the law has been muddled at times. After being pressed by reporters, Trump said last week that he had directed "a lot" of companies to make ventilators.

The White House then walked that back, saying Trump had not taken that action.

Then on Tuesday morning, FEMA Administrator Peter Gaynor told CNN that the agency would use the law to secure 60,000 coronavirus test kits. Hours later, FEMA press secretary Lizzie Litzow said in a statement: "At the last minute we were able to procure the test kits from the private market without evoking [sic] the DPA."

Peter Gaynor says FEMA will use it today for about 60,000 test kits.https://t.co/gkbDPPkPGD pic.twitter.com/KuSmcx0a7v

Trump on Sunday explained his reluctance to use the law by likening it to a government takeover of companies.

Peter Shulman, a history professor at Case Western Reserve University in Ohio who has studied the Defense Production Act, says that while some private companies are stepping up to offer their services, private industry acting on its own won't be able to get the goods to where they're needed most.

He said the act has been used throughout history to respond to emergencies too big and complex for the country's free markets to handle.

"This is the kind of crisis that has to be met with centralized leadership only for the duration of the crisis. But absent that, it's just a recipe for chaos," Shulman said.

This story was updated with a full digital version at 4:25 p.m. ET.