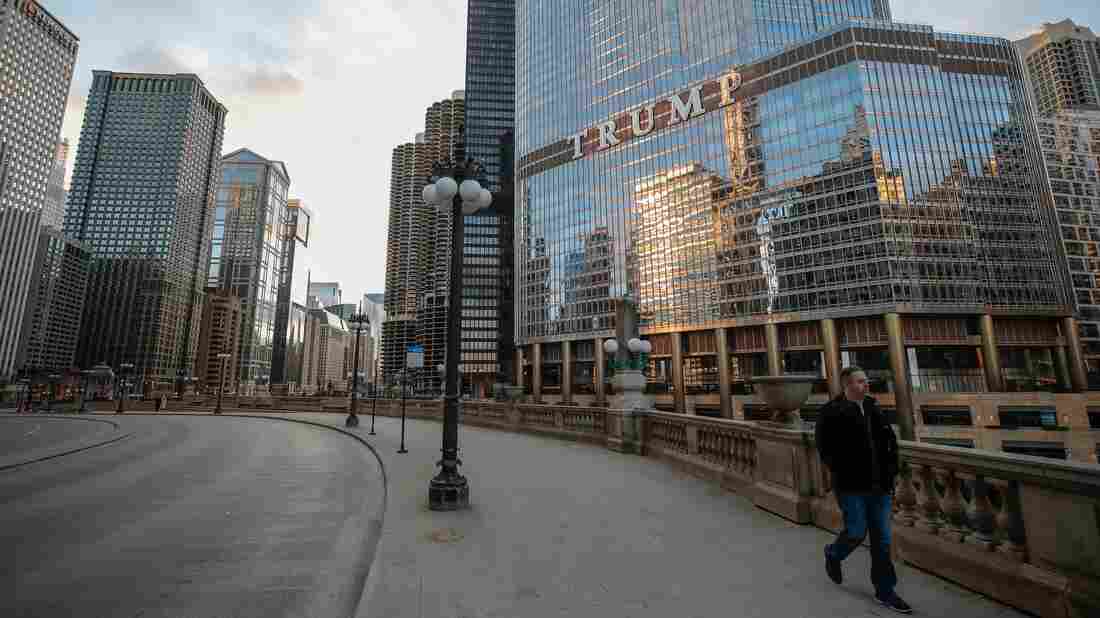 The Trump International Hotel and Tower is pictured in Chicago on March 21. President Trump and members of Congress are barred from benefiting from the forthcoming economic stimulus package. Kamil Krzaczynski/AFP via Getty Images hide caption 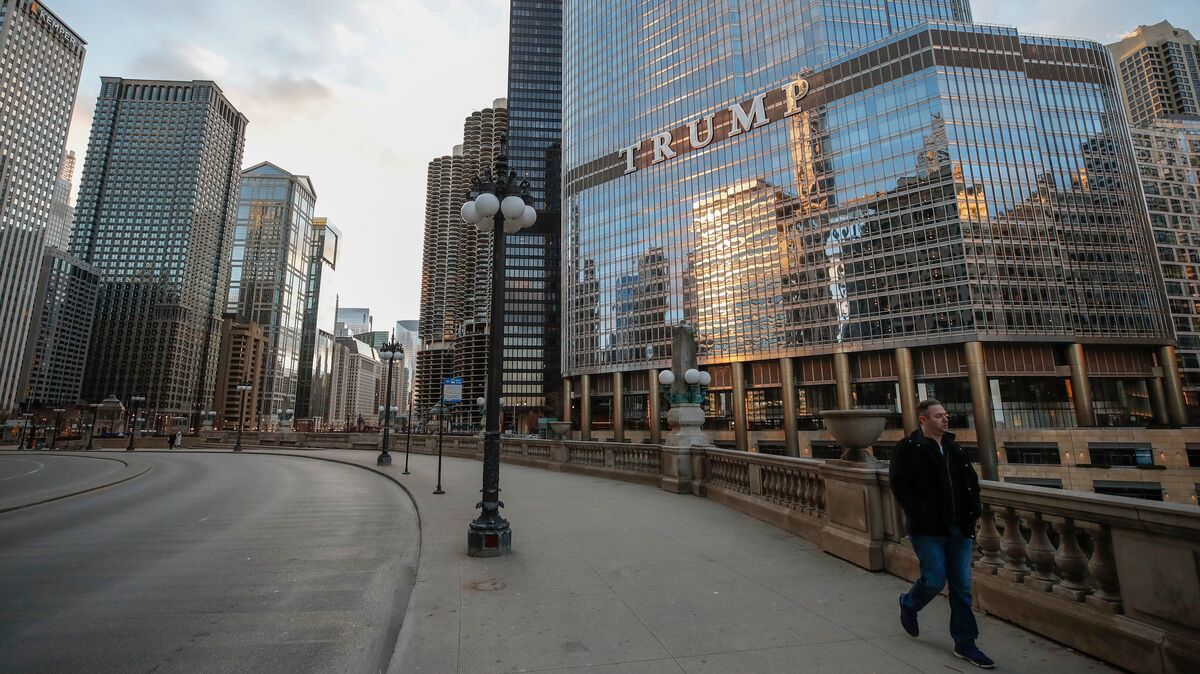 The Trump International Hotel and Tower is pictured in Chicago on March 21. President Trump and members of Congress are barred from benefiting from the forthcoming economic stimulus package.

Businesses controlled by the president, senior executive branch officials or members of Congress will be barred from receiving funds under the huge economic rescue package the Senate could vote on as early as Wednesday, according to the Senate's top Democrat.

The provision, tucked inside the massive, $2 trillion spending package that aims to shore up the economy in the midst of the coronavirus pandemic, also prohibits the children, spouses and in-laws of those officials from getting loans or investments from Treasury programs.

Senate Minority Leader Chuck Schumer's office says they secured agreement on the provision from Republicans after days of intense negotiations. The full text of the bill has not been released; only portions were distributed on Wednesday.

Speaking on MSNBC Wednesday morning, Schumer said that people "who make the laws shouldn't directly benefit monetarily from those laws."

While it might not be aimed at Trump, there's little doubt the provision was drawn up with the president at least in mind.

Trump has not divested from the Trump Organization since taking office in January 2017. The company says it is run day-to-day by the president's sons, Donald Trump Jr. and Eric Trump.

The president's refusal to separate himself from his business has fueled both controversy and criticism, as well as allegations that he is using the office of the presidency to try to enrich himself.

Like much of the tourism and hotel industry, Trump's properties have taken a hit because of the pandemic, according to The Washington Post.

The Post reports that six of Trump's top seven revenue-producing clubs and hotels have been shut down because of restrictions imposed to slow the virus' spread.

When was asked at Sunday's White House coronavirus task force news conference whether his business would forgo federal bailout money, Trump said he has "no idea," that "everything's changing" and that, generally, "we have to save some of these great companies."