Accessibility links
Stimulus Rex : Planet Money The Senate has managed to negotiate a $2 trillion relief package to help keep the U.S. economy afloat as we deal with the coronavirus pandemic. What's in it and will it be enough? 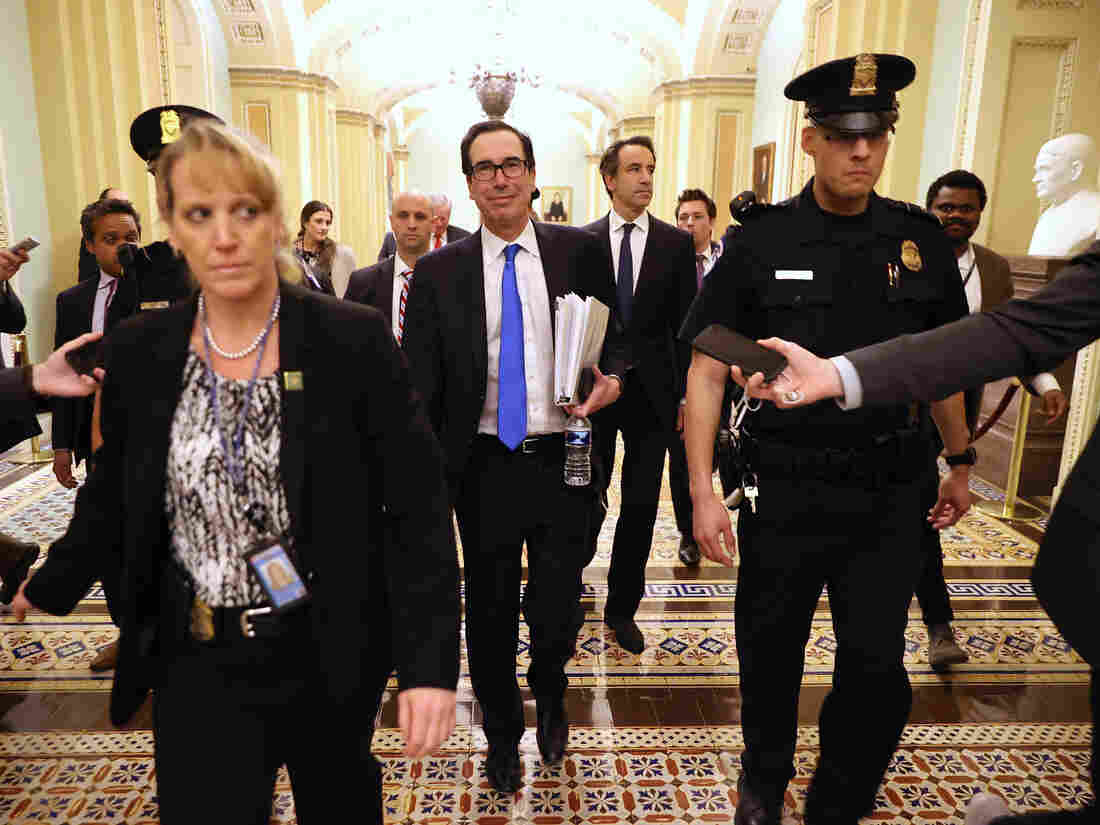 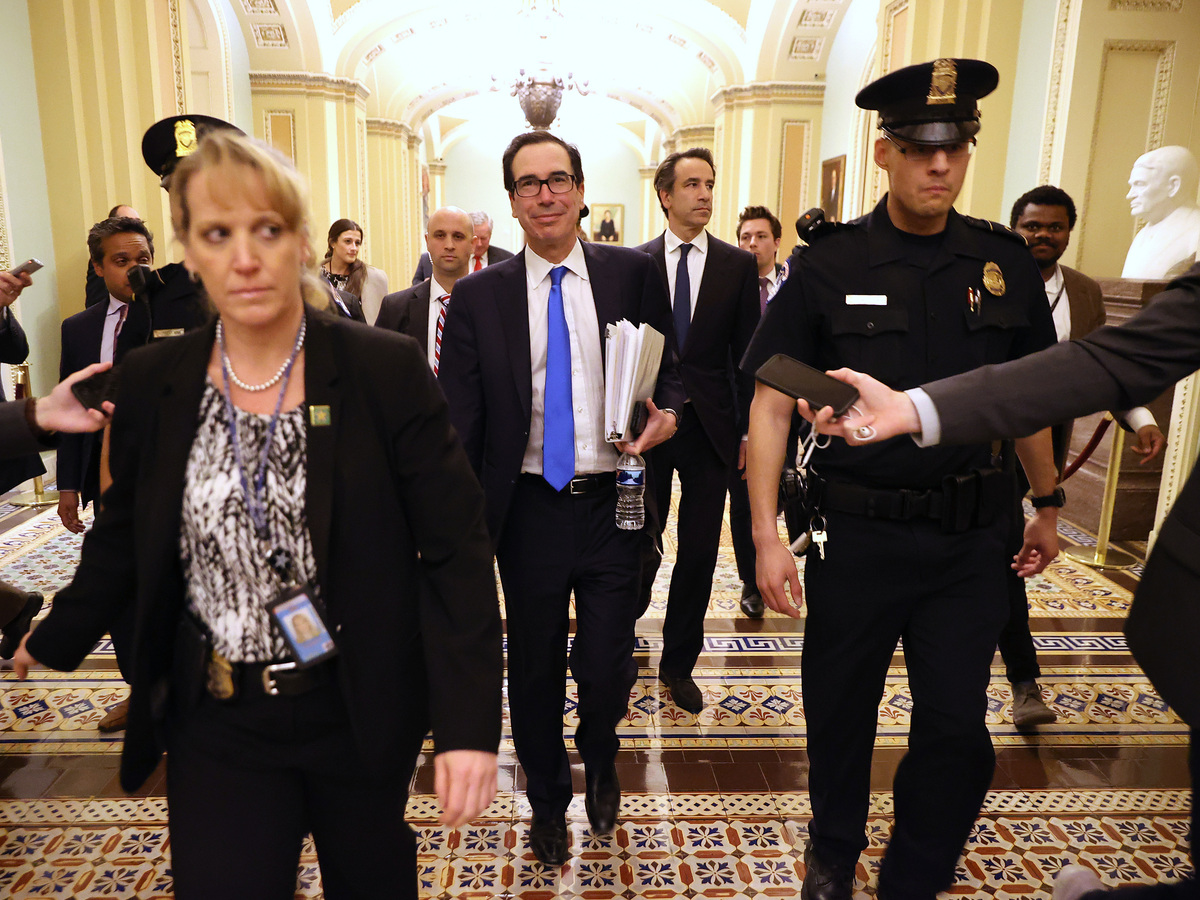 Treasury Secretary Steven Mnuchin leaves the offices of Minority Leader Charles Schumer as negotiations continue into the night on a $2 trillion economic stimulus.

The coronavirus pandemic and our reaction to it has hammered the U.S. economy. The policy of social distancing, designed to limit the spread of the virus, has had a particularly negative effect, forcing business closures and employee layoffs. With the flow of revenue into companies and households drying up, people and businesses are less able to spend and pay their bills. The risk to the economy is enormous. It's conceivable that people will run out of money and be forced out of their homes and into the street; and that companies that can't generate revenue will be forced to close for good. That could trigger a negative spiral that could devastate the economy and plunge the U.S. into a deep recession.

It's essentially a liquidity crisis: our system needs money flowing through it to work, and right now money isn't flowing enough. The government has decided that because so many businesses and individuals aren't able to generate much income right now, the state needs to support them financially until they can go back to making money themselves. To that end, the Senate has come up with a support package worth $2 trillion. It includes billions of dollars in loans to businesses, an expansion of unemployment assistance and cash payments to individual Americans. It's the biggest in American history. But what's in it, exactly, and how will it work?