Accessibility links
'Vivarium': An Unexpected (Sub)Development A young couple seeking a house in the 'burbs encounter an unexpected (sub)development and cannot leave. Despite its Twilight Zone premise, the film's "eccentricity and wit" carry it a long way. 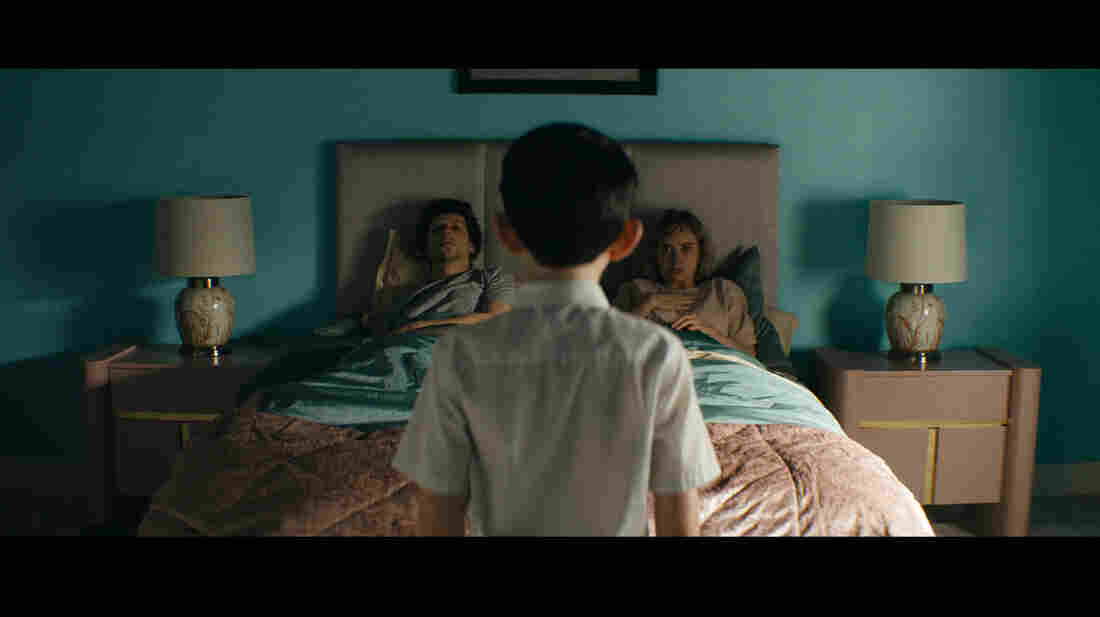 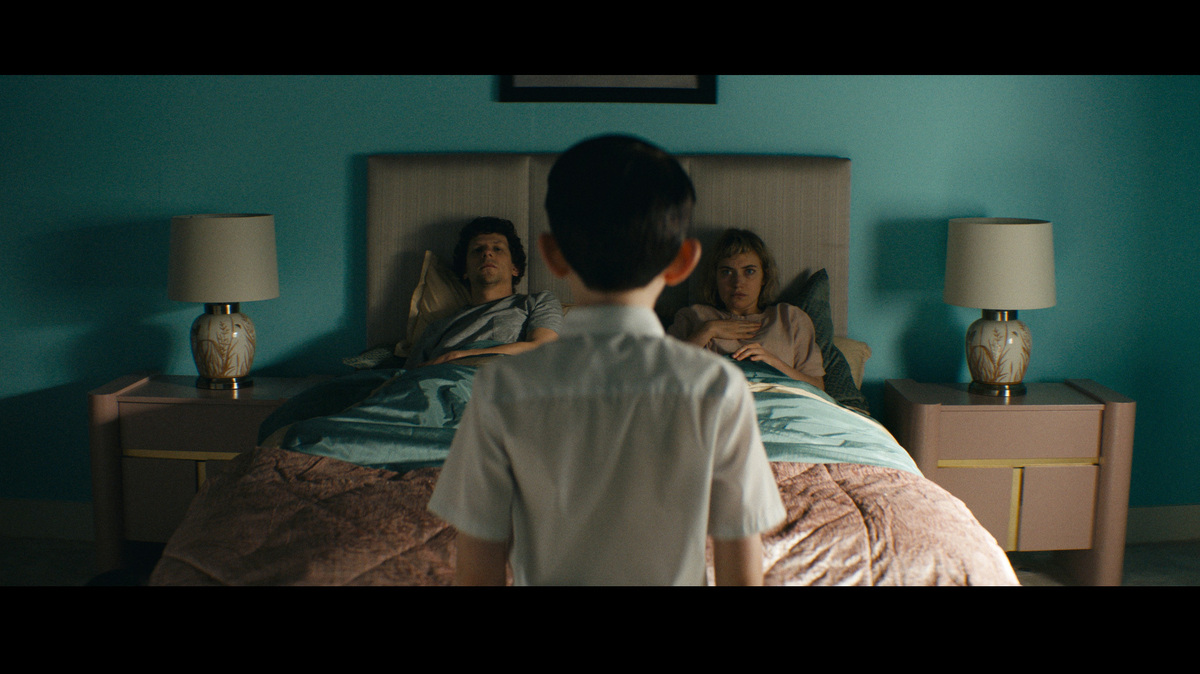 Note: Vivarium will be released on various video-on-demand and streaming services on Friday, March 27.

The notion of suburbia as a conformist purgatory of Monopoly houses and manicured lawns isn't exactly a fresh one in literature or the arts or everyday presumption. That it mostly survives as the central theme of Vivarium, a compelling piece of Twilight Zone science fiction, is a testament to how effectively the film teases out its mysteries. The conclusion may feel inevitable, but there's enough eccentricity and wit in the premise to carry the film a long way, just so long as it doesn't have an answer for what exactly is happening. It's like an itch without a scratch.

Director Lorcan Finnegan and his screenwriter, Garret Shanley, cut to the chase. After establishing Gemma (Imogen Poots) as a kindergarten teacher and Tom (Jesse Eisenberg) as a gardener — occupations that will become relevant later in the story — Vivarium plops the young couple in the office of Prospect Properties, an operation that promises affordable properties for first-time homeowners just like them. Wearing a crisp white dress shirt buttoned to the top and a truly unsettling grin, the realtor, Martin (Jonathan Aris), looks and acts like a Crispin Glover character, but his pitch is strangely mesmerizing. Asked about the development's location, he says, "It's near enough and far enough. Just the right distance."

When Martin persuades them to visit Yonder, a pre-fab subdivision that ominously promises a "forever" home, Gemma and Tom dutifully follow his car into a weird neighborhood of pale green two-story living spaces that would be cute if they weren't exactly the same. Nevertheless, the couple listens to Martin's sales pitch ("Memories will be made in the ample spaces between these walls"), politely declines the complimentary champagne and strawberries in the refrigerator, and seems anxious to move on with their afternoon. When Martin whisks away without saying a word, Gemma and Tom try to drive away from Yonder, but every turn they make brings them back to the same house. It's like a roach motel: They check in, but they don't check out.

After every effort to leave ends in failure, Gemma and Tom are stuck in this model home indefinitely, kept alive by boxed food shipments that arrive as if by some phantom delivery service. (They wait around outside with a pick-ax to bury in their supplier's head, but it's as futile as kids staying up to see Santa Claus.) When one of their shipments includes a newborn son, they have no choice but to raise the child as their own. But whose child is it? Why have they been chosen to be its parents? And is there any way out of this place?

Finnegan and Shanley's little-seen debut feature, Without Name, was an eco-horror movie about an Irish forest of sinister and unaccountable power, and they attempt a similar aura of unease here, tied to another adversary that does not show its face. Both films are better in the set-up than the follow-through, though Vivarium is better conceived and acted, and clearer in detailing its characters' motivations. The world they've designed here is like The Truman Show without cameras, a thoroughly artificial environment that nonetheless feels infinite. All Tom can see from his rooftop are unoccupied houses exactly like his stretching into the horizons.

The boy's growth and behavior is full of unexpected turns, too, but like the addition of any child to a relationship, it's a stress test that brings out the best (and worst) from both parties. Gemma tries to figure out how to parent, Tom tries to dig his way to freedom, and there's no indication that either is time well spent, but it does reveal their character. In that respect, Vivarium is about the common struggle of young couples who trade the city for the suburbs and perhaps lose track of themselves in the process. They just can't summon a moving van when they've had enough.