Accessibility links
Review: Walking Against The Winds Of War in 'Resistance' Jesse Eisenberg stars as the famous mime as he gets involved in the French Resistance during World War II. The film is an "honorable, absorbing homage to the making of a man and his art."

Marcel Marceau Walks Against The Winds Of War In 'Resistance'

Marcel Marceau Walks Against The Winds Of War In 'Resistance' 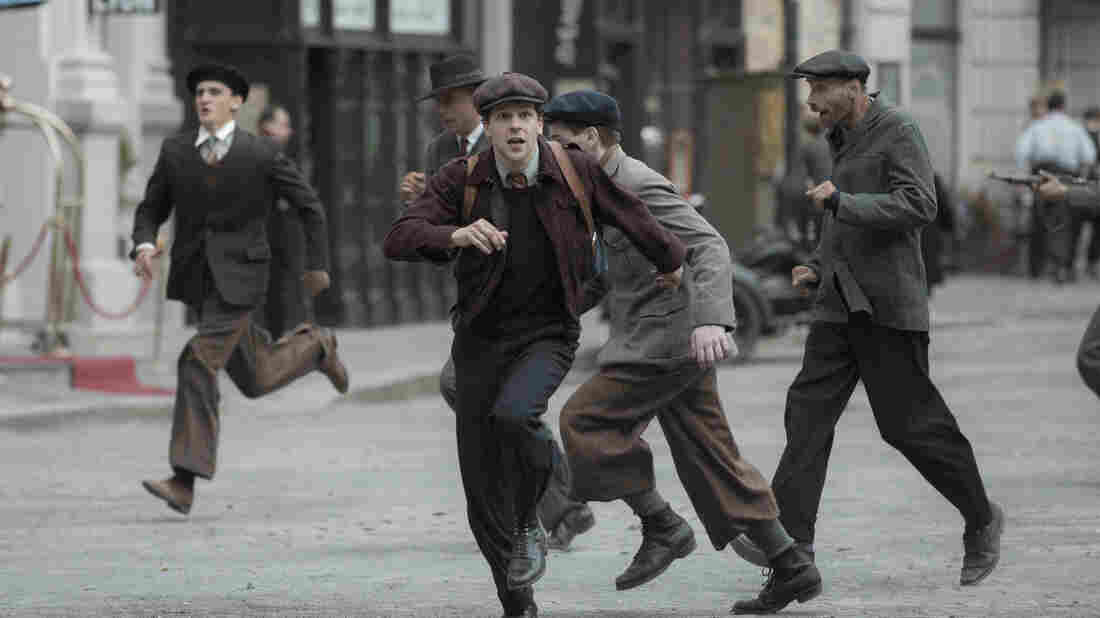 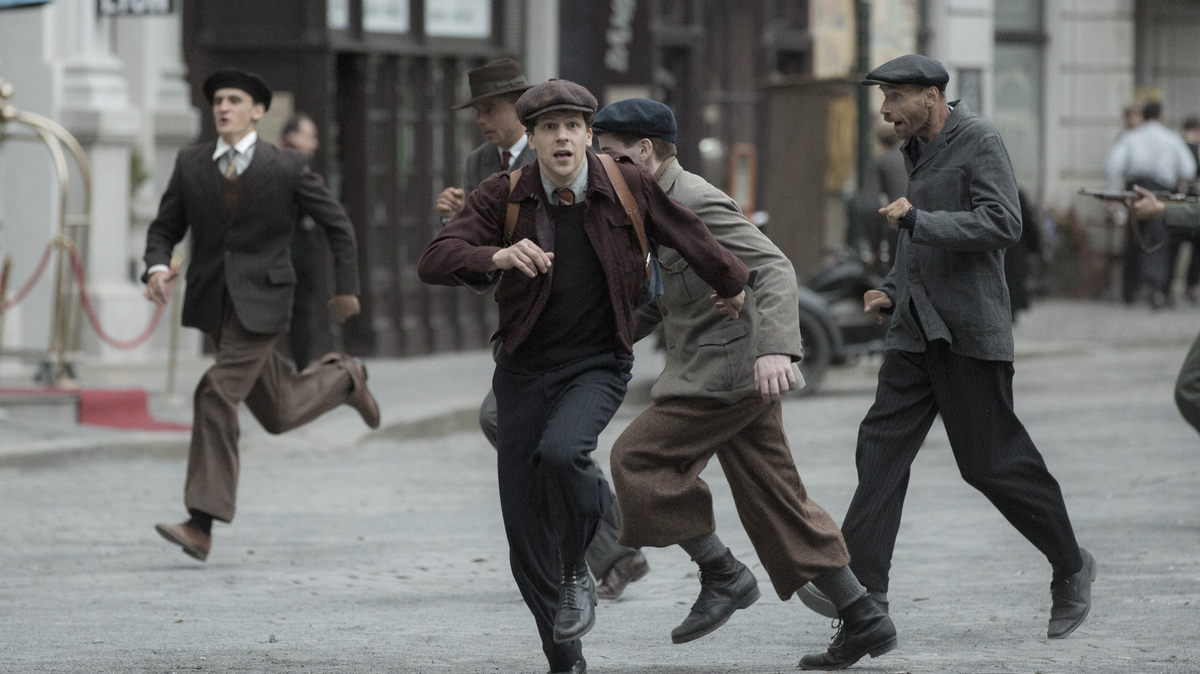 Note: Resistance will be released on video-on-demand and streaming services on Friday, March 26.

Was it some sort of grim prank to cast chatterbox Jesse Eisenberg as Marcel Marceau, the French mime who built a persona out of silence? Not really: For starters, Eisenberg's mother was a professional clown, so the actor knows his way around keeping quiet in whiteface. And you don't have to love mime to get on board for the new movie Resistance, which carries us through Marceau's early years as a fledgling artist turned partisan and child rescuer in World War II France.

For the most part the film, written and directed by Venezuelan director Jonathan Jakubowicz, keeps faith with the standard war-hero playbook: Adversity matures a self-involved brat into a courageous rebel who protects the weak from oppression. Which may be close to the truth in the director's read of Marceau's coming of age. Like Steven Spielberg's Oskar Schindler, young Marcel Mangel is not an especially likable fellow when we meet him on the eve of Germany's occupation of France. Cocksure and laughing off the disapproval of his father (Karl Markovics), a butcher, Marcel moonlights as a theater performer, painter, and aspiring playwright. He also mimes in local theaters with a significant prop, a handy little toothbrush mustache that can transform him into Charlie Chaplin — and a shouty Austrian up-and-comer named Adolf Hitler. The actor is also a gifted forger, which will come in handy for changing his name from the identifiably Jewish Mangel to the French Marceau when need arises to fool collaborationist Vichy officials.

For a while Marcel pursues his ambition while ignoring the rumble of war, until an act of brutality by Nazis galvanizes him into action as a member of the Jewish Boy Scouts who in life played an active role in spiriting refugee children out of occupied France. And here Eisenberg stops talking and starts to shine. Deploying a simple but profound gesture that would later make him famous — a hand passed over his face from happy to sad and back — the young mime soothes a truckload of traumatized Jewish children whose parents had been killed, often in front of them, by the Nazis. Then he makes them laugh with a walk-against-the-wind routine that would later also become his signature. The scene is less glib than it sounds: My mother, who helped run a hostel in England for displaced Czech and German Jewish orphans during the war, told me that the children would laugh and play during the day, while at night their screams rang out through the dorms.

Soon comes a terrible choice between smuggling out the kids Marcel has come to love, or joining the partisan resistance movement that's forming in the forests. His decision is informed by a dreadful encounter that Emma, a cooked-up love interest fetchingly played by Clemence Poesy, experiences at the hands of Obersturmfuhrer Klaus Barbie, the Butcher of Lyon. Played with icy refinement by Matthias Schweighofer, the preening SS officer stands in for and surpasses all the many natural sadists who found an enabling home in the Third Reich. Exploiting his insight that torture works as much by suggestion as by the act itself, Barbie subjects Emma to something worse than death in an effort to extract information about the resistance.

That properly numbing scene (the horrors Barbie practiced are well documented) shifts the focus away from Marcel's character and ushers in a series of visceral escape sequences. Jakubowicz handles action with more assured sophistication than he does dialogue, which comes heavily larded with socio-historical speechifying and sugared by a score that's often soggy with cliché.

Resistance ends with a pack of kids streaming joyfully across a border and a glowing commendation for Marcel from General George Patton (Ed Harris), commander of the U.S. occupying force in post-War Germany. That's about as close to uplift as it may be possible to get without doing violence to the terrors of that time. Like all films that venture into this territory, Resistance raises the question: What can cinema take from — and give back to — our understanding of the Holocaust, an event so immeasurable and all but imaginable that every story about it comes to seem like fiction, and every ending comes across as spurious closure?

Marceau truly was a hero who carried his sadness into his work, and Resistance is an honorable, absorbing homage to the making of a man and his art. But it's not in the same league as, say, Jean-Pierre Melville's brilliant 1969 resistance drama, Army of Shadows or Roman Polanski's 2002 The Pianist, both of which held close to the minute-by-minute state of emergency that the Nazis forced upon those who sought to resist or escape. In comparison, any need to offer us comfort may be a form of sacrilege.