Accessibility links
Ex-FBI Agent Who Disappeared In Iran In 2007 Is Dead, White House Officials Say Robert Levinson, who went missing while on an unauthorized mission for the CIA, is thought to have died in Iranian custody, his family says.

U.S. Officials Believe Ex-FBI Agent Who Disappeared In Iran In 2007 Is Dead

U.S. Officials Believe Ex-FBI Agent Who Disappeared In Iran In 2007 Is Dead 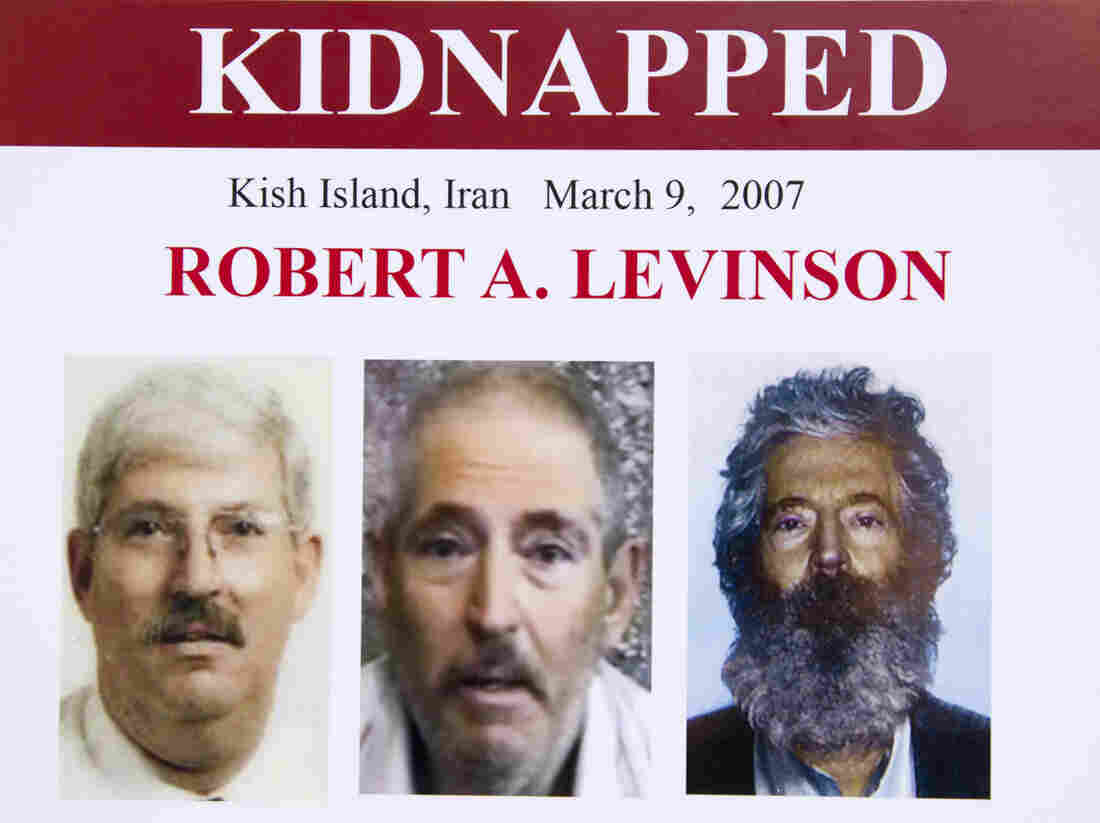 An FBI poster from 2012 shows (from left) former FBI agent Robert Levinson before his capture, in a video released by his kidnappers and as a composite image of what he might look like after five years in captivity. Manuel Balce Ceneta/AP hide caption 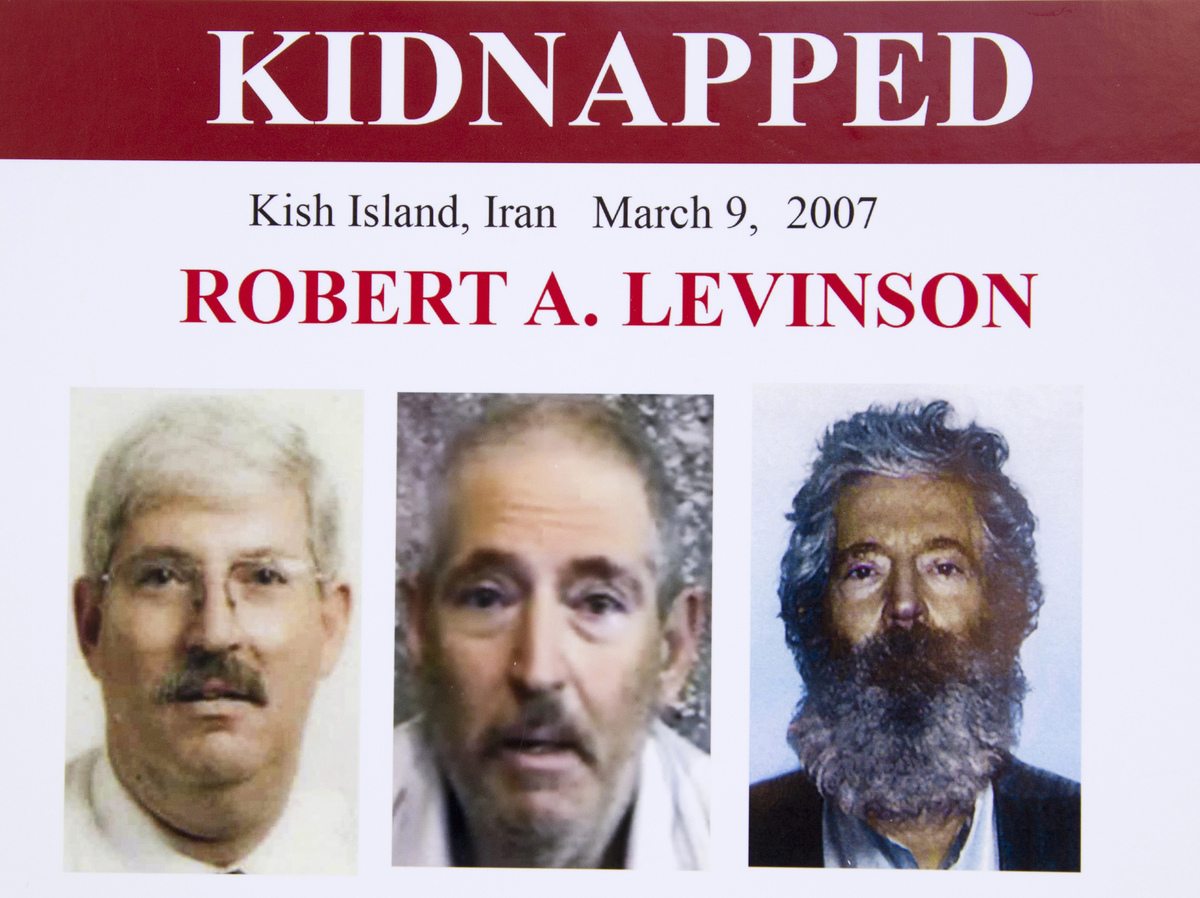 An FBI poster from 2012 shows (from left) former FBI agent Robert Levinson before his capture, in a video released by his kidnappers and as a composite image of what he might look like after five years in captivity.

Robert Levinson, a retired FBI agent who disappeared in 2007 while on an unauthorized mission in Iran for the CIA, is now presumed dead, White House officials and his family said Wednesday.

"We recently received information from U.S. officials that has led both them and us to conclude that our wonderful husband and father died while in Iranian custody," his family announced in a post on the group "Help Bob Levinson" on Facebook. "We don't know when or how he died, only that it was prior to the COVID-19 pandemic."

The family blamed the "cruel, heartless actions of the Iranian regime " for his death and said they had no idea when or if his body would be returned, calling that uncertainty "the very definition of cruelty."

A spokesman for Iran's mission to the United Nations, Alireza Miryousefi, said in a tweet, "Iran has always maintained that its officials have no knowledge of Mr. Levinson's whereabouts, and that he is not in Iranian custody. Those facts have not changed."

Iran has always maintained that its officials have no knowledge of Mr. Levinson's whereabouts, and that he is not in Iranian custody. Those facts have not changed. https://t.co/ZZLXYIdVAI

National security adviser Robert O'Brien, in a statement issued Wednesday evening, said that "the investigation is ongoing" but that the U.S. believes Levinson "may have passed away some time ago."

In a tweet, Richard Grenell, the acting director of national intelligence, said he mourns for the Levinsons.

However, President Trump seemed less certain of Levinson's death. "It's not looking great, but I won't accept that he's dead," he said.

"They haven't told us that he's dead, but a lot of people are thinking that that's the case," the president said.

Levinson disappeared on Iran's Persian Gulf island of Kish in March 2007 while working for a group of CIA analysts on an investigation that had not been officially approved by the agency. Levinson had retired from the FBI and was working as a private investigator.

In a 2016 interview that aired on NPR's Morning Edition, Daniel Levinson said his father had traveled to Kish to meet with an American who had fled Iran in 1980.

"My dad was working as a contractor for the CIA at the time," Levinson said. "And as far as we can tell that my dad checked out of the hotel. And according to the other man, he was approached by Iranian security forces. So a couple weeks after that, he went missing."

"The Iranian state-run Press TV reported that he was, quote, 'in the hands of Iranian security forces,' " Levinson said. "So we've been focused on that ever since."

The last images of Levinson taken by his unidentified captors were released in 2011.

Late last year, amid tense relations with Tehran, the Trump administration offered $20 million, on top of the $5 million previously offered by the FBI, for information about Levinson.

At the time, Iran, in a filing to the United Nations, said: "According to the last statement of Tehran's Justice Department, Mr. Robert Alan Levinson has an ongoing case in the Public Prosecution and Revolutionary Court of Tehran." Iran later said the "ongoing case" was an investigation into his disappearance.

However, the family also called out those they said were responsible for what happened, "including those in the U.S. government who for many years repeatedly left him behind."

The statement said the family would "spend the rest of our lives" seeking justice for Levinson, "and the Iranian regime must know we will not be going away."