Accessibility links
Coronavirus Relief Checks Could Take Months To Hit Bank Accounts Under the plan, single people earning incomes below $75,000 will receive as much as $1,200. The White House says it will issue funds in three weeks but experts say it could take months for some. 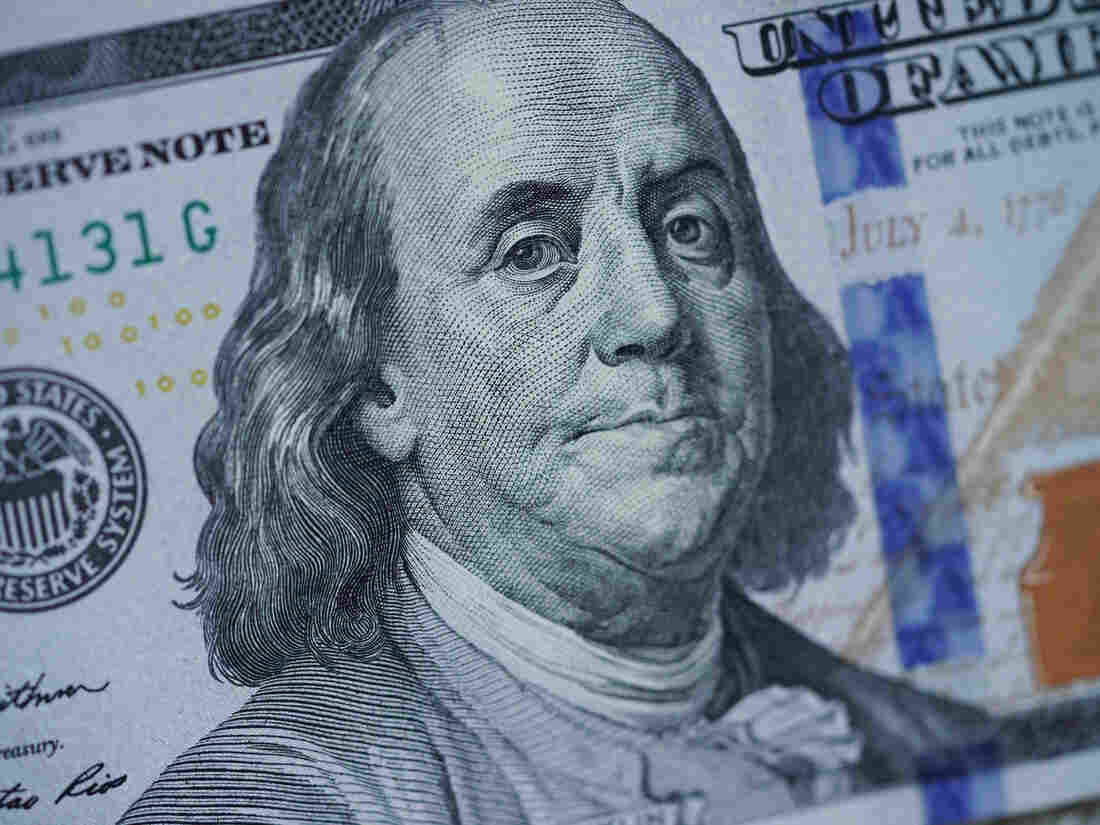 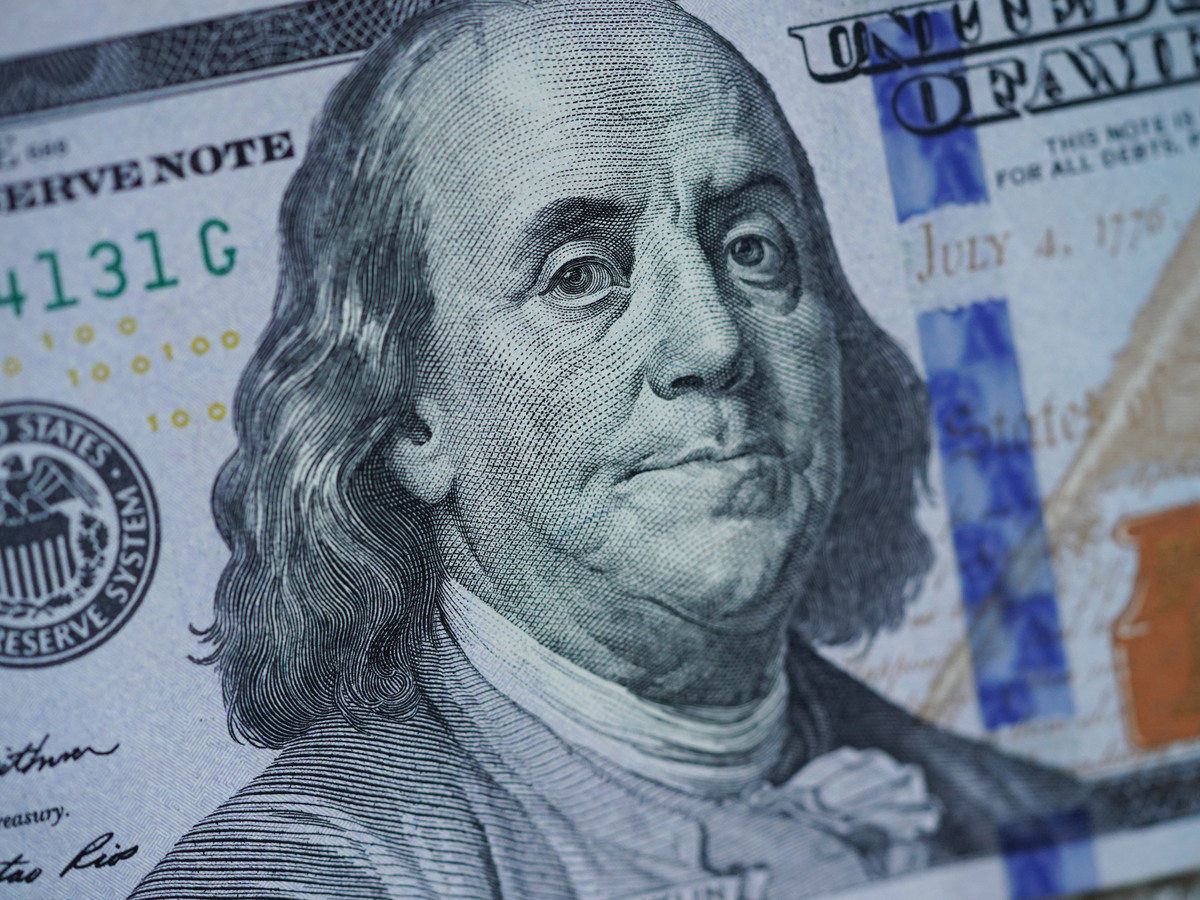 About 90% of households — approximately 165 million — will benefit from direct payments, according to the Tax Policy Center.

The $2.2 trillion coronavirus relief package marks the largest rescue package in American history. President Trump announced Wednesday that it includes $300 billion in direct payments to individuals to alleviate at least a little of the financial pain caused by the deliberate near-standstill of the U.S. economy.

But despite promises that the one-time funds will be distributed "within the next three weeks," it will likely be months before the stimulus checks hit bank accounts according to experts.

Under the plan, single people earning incomes below $75,000 will receive as much as $1,200 as "direct payments into most people's deposit accounts," Treasury Secretary Steven Mnuchin said at a news briefing on Wednesday.

Married couples would get $2,400, and parents would receive $500 for each child under age 17. About 90% of households — approximately 165 million — would benefit from the checks, according to the Tax Policy Center.

Payments would be phased out beyond those income limits, and people making more than $99,000 will not be eligible at all.

How soon can I expect my check?

"It really depends on what information the IRS has on you," Kyle Pomerleau, a resident fellow at the right-leaning American Enterprise Institute, told NPR.

That's because the infusion of cash will be distributed by the IRS, so those who have previously received tax refunds via direct deposit will be first in line for the rebate checks. Pomerleau, estimates the earliest those payments will go out is three to four weeks after the package is approved.

Alternatively, people who receive tax refunds through the mail will have to hold out much longer.

"I don't think physical checks will be in the mail for another three to four months," Pomerleau said, citing delays in the system in 2008 when the government last issued national stimulus payments under the George W. Bush administration.

Back then the financial relief package was signed into law in February but the delivery date for people whose checks were sent through the mail was somewhere between May and July.

There's another group who may have an even longer wait: Those who receive tax refunds in the mail and have moved since filing 2018 taxes.

"So far there's no information on how [the IRS is] going to handle that," he said.

Pomerleau says nonfilers, including recent college graduates, and those who didn't file 2018 taxes because they had no obligation, "would be left out unless they hurry up and file a return for 2019."

Americans receiving Social Security benefits are also on file with the government and their payments will be based on those records, he added.

Those who earned more than $99,000 are not totally shut out from the massive relief package if they expect to make less than that sum in the coming year.

The IRS will allow tax filers to qualify for the relief aid next year, when filing 2020 taxes.

"That of course is no good for someone who needs to pay their bills today," Pomerleau said, "but all is not lost."

Janet Holtzblatt, a senior fellow at the Tax Policy Center, suspects the IRS's infrastructure, or lack thereof, will create even more delays for desperate people.

In the past it has taken several months for the government to develop, test and install the kind of software necessary to launch a rebate program. But it is unclear, what if anything, the administration has done behind the scenes so far.

"It takes several months to get a program like this up and moving," Holtzblatt told NPR.

"I hope that they've been building their infrastructure in the days between when they first announced they were going to do this and the day of enactment," she said, adding that in 2008, the process took at least three months.

Impact of COVID-19 on the IRS

Another unknown factor, that Holtzblatt says needs to be considered is how the COVID-19 disease is going to affect the capacity of the IRS staff to ensure the timely delivery of the payments.

"The IRS already has taken steps to protect its workers and taxpayers from the coronavirus. Last week, all Taxpayer Assistance Centers were closed, face-to-face interactions were discontinued, and some field offices were shuttered. Now, the IRS is cutting staffing at facilities that provide service-critical missions—including return processing—and closing some facilities in response to states' stay-at-home orders."

All of that may slow distribution of the payments, Holtzblatt said.

She cautioned the public to be patient: "The IRS will be overburdened and there will be lots of taxpayer confusion ... and all this will collide with the processing of 2019 returns. There will be snafus."

A previous version of this story incorrectly said the direct cash payments to individuals will cost about $300 million. The cost is actually estimated to be $300 billion.