Accessibility links
StoryCorps: By Age 85, She'd Given 23 Gallons Of Blood Lillian Bloodworth, now 92, says when she first started to give blood, other donors would read her name tag and ask if that was really her name or if it was a gimmick for the blood bank. 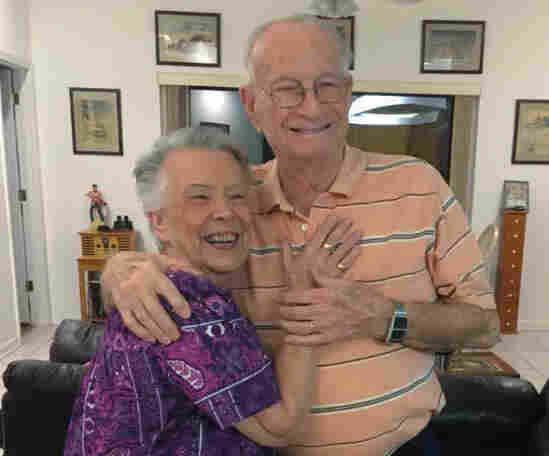 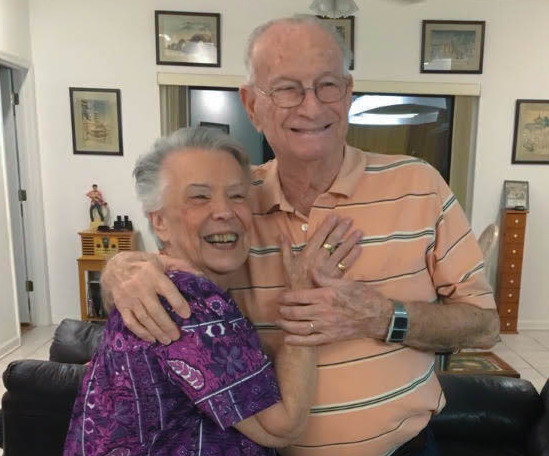 Courtesy of the Bloodworth family

Lillian Bloodworth lives up to her name, so to speak.

Over the course of nearly five decades, the 92-year-old has donated 23 gallons of blood, starting in the 1960s. (The average person's body contains about 1.5 gallons.)

"When I first started, I would have donors read my name tag and ask if that was really my name or was that a gimmick for the blood bank," she said.

During a StoryCorps conversation recorded in January 2010 in Gulf Breeze, Fla., Lillian told her late husband, John, about why it was important for her to give blood as often as she can.

When Lillian was just 2 years old and sick with pneumonia, she received a blood donation from her older brother.

"It did stick with me because I can remember we were on side-by-side beds. He talked to me while they were doing it," she said. "So even way back then, my kinfolk were giving blood."

Then, in 1966, Lillian was inspired to start donating her own blood.

"Our elder son had had surgery, and had received blood. A lot," she recalled. "So I thought it might be nice to try and put some of the blood back into the bank. So, I do it every 56 days. Not one day shorter."

"How do people react when then find out how much you've donated?" John asked her.

"They are impressed," she said.

For Decades These Caregivers Helped Patients, Families Through Illness And Death

On one occasion she was told she couldn't donate because her blood pressure was too low.

"The phlebotomist — the ones who draw the blood — knew that I wanted desperately to give, so she said, 'Tell you what ... drink a cup of coffee and then walk around the building real fast and then come right back in.' "

So she followed instructions; when she returned, her blood pressure was high enough to follow through with the donation, and her blood was drawn.

"Why have you continued to donate for so many years, though?" John asked her.

"Because I can," Lillian said. "I see no reason why I shouldn't."

"Every time you give a pint, they tell you, 'Well, you've probably saved three more people.' I do get quite a boost out of doing that. Something will tell me when to stop and until I get that signal I'll keep on going."

Eventually, Lillian did get that signal. At age 85, the blood bank told her that she needed the blood more than they did, so she stopped donating.

Her giving nature has continued to stay, well, in the bloodline. Her second oldest son, Charles, is approaching his 22nd donated gallon.