Accessibility links
Sun Valley Officials Warn People To Stay Away Amid COVID-19 Pandemic Some states in the rural West are still reporting very low numbers of COVID-19 cases. But there are pockets with high infection rates: wealthy resort towns with a lot of visitor traffic.

Sun Valley, Idaho: 'No One Should Come Here'

Sun Valley, Idaho: 'No One Should Come Here' 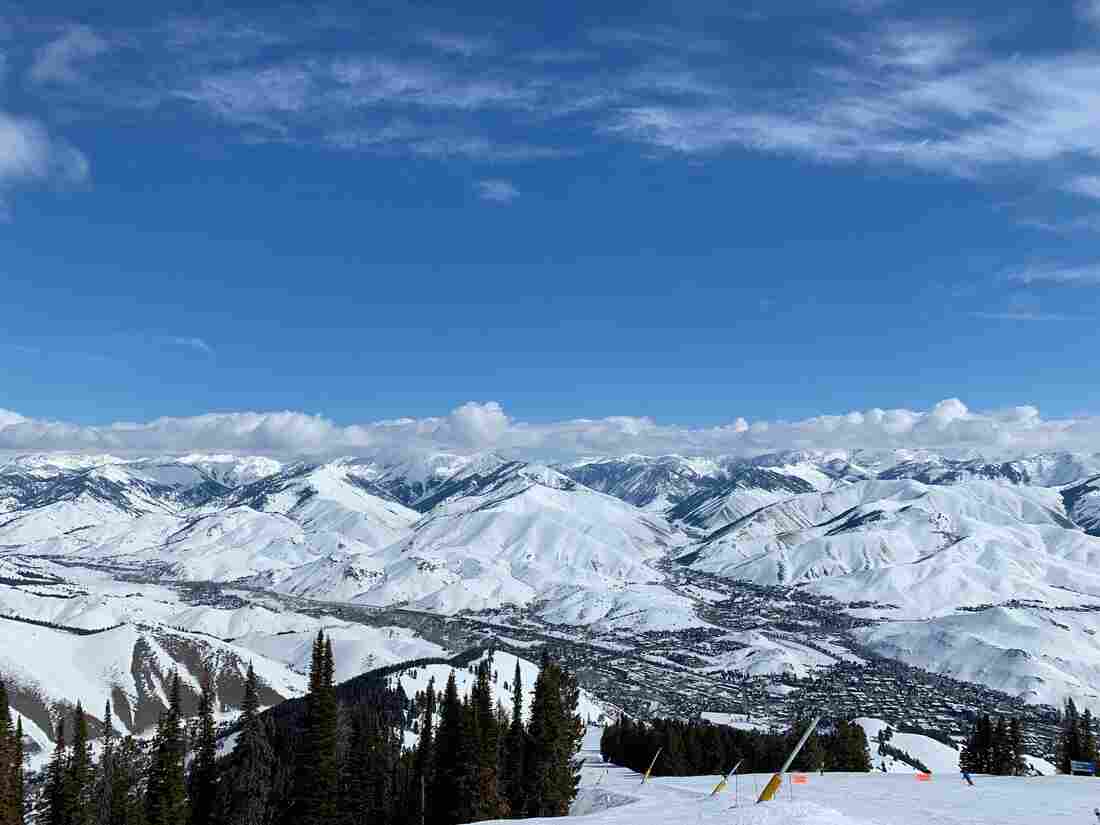 Blaine County, Idaho, which includes the resort town of Sun Valley, has one of the highest known rates of COVID-19 cases in the West. Kirk Siegler/NPR hide caption 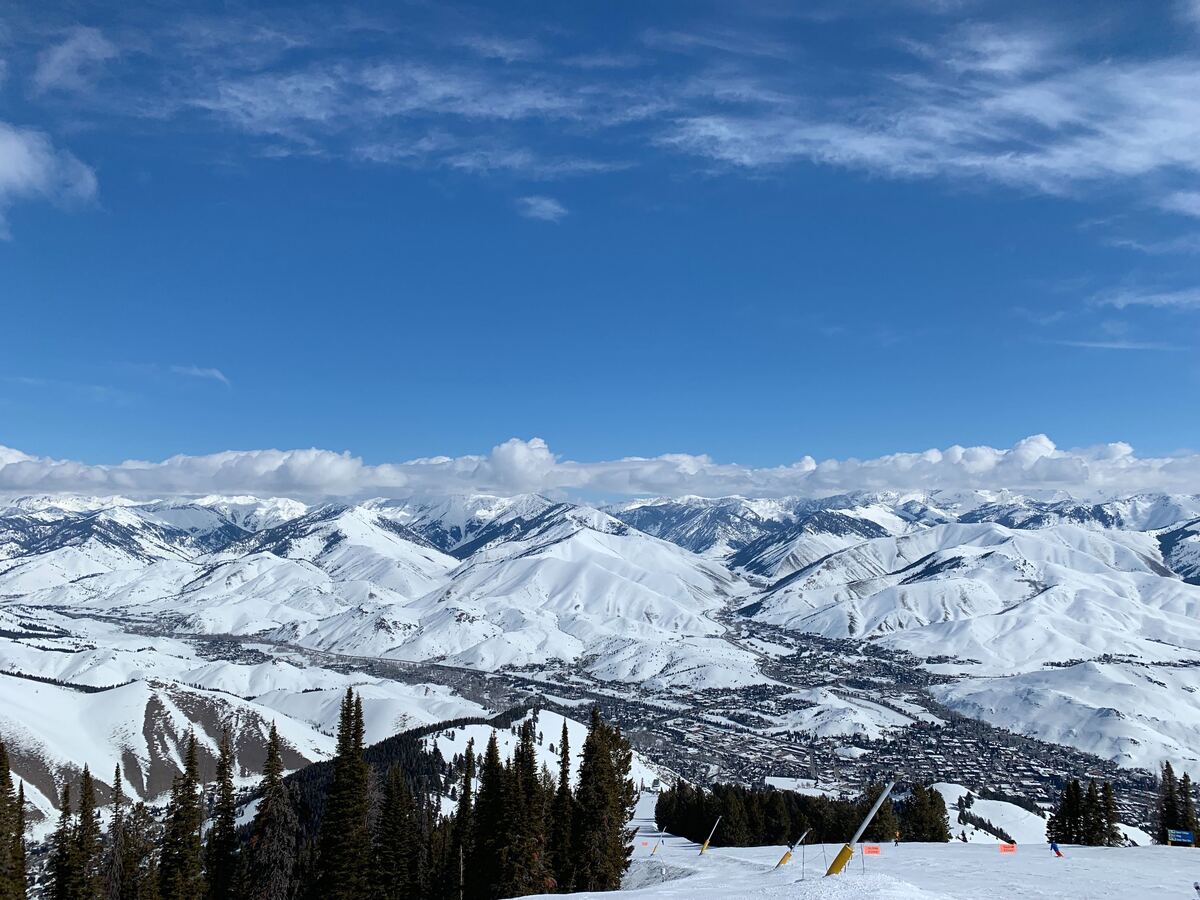 Blaine County, Idaho, which includes the resort town of Sun Valley, has one of the highest known rates of COVID-19 cases in the West.

To hear year-round Sun Valley, Idaho, residents like Justin Malloy tell it, town right now is as crowded as you'd expect to see it in the peak Fourth of July or Christmas seasons. The small airport is packed with private jets. And then there's the parking lot at the Atkinsons' Supermarket, one of only two in town where bread and essential cleaning items are particularly hard to come by.

"We've been seeing a lot of Washington plates, a lot of California plates, their cars just full of all of their stuff that they've brought from out of state," Malloy says.

This has fueled outrage on social media, and on unusually crowded hiking and ski trails, where locals are wondering aloud whether rich people are fleeing cities to seek refuge in rural Idaho, and unknowingly making the public health crisis here even worse.

"It's a little frustrating to see people that are basically coming here to take a vacation," Malloy says.

Some regions in the rural West are still reporting very low numbers of COVID-19 cases. But there are pockets with high infection rates: wealthy resort towns like Sun Valley and adjoining Ketchum, Idaho, that have a lot of visitor traffic from around the country and world.

"I just hope that some of these people aren't bringing this disease with them," Malloy says.

Most of this for now is anecdotal. There's no way to know how many people have driven into the Wood River Valley. In recent days, flight data at the local Hailey-Sun Valley Airport did show private and commercial flights from places such as Salt Lake City, Seattle and Southern California continuing.

But local hospital officials say they are seeing one of the highest rates of known cases in the entire U.S.

"It seems likely that people were fleeing other places and not recognizing that they were then bringing the disease with them from Seattle, or other areas where they might live part time," says Dr. Josh Kern, vice president of medical affairs for St. Luke's Wood River Medical Center in Ketchum.

While resort towns like this can typically house a lot of tourists or second- and third-home owners, that doesn't extend to St. Luke's, which has only 25 beds. The hospital has had dozens of COVID-related admissions and officials warn there are likely many more cases in the community than what's been diagnosed.

Russell should know. He has COVID-19. He's been very sick, so can't work at this critical time.

"We have a really high percent of COVID spreading among the population here," Russell says. "If you come here, that is putting your life at risk and it's putting other lives at risk."

The hospital is part of a regional health care system, St. Luke's, so for now, support has been coming from hospitals in Twin Falls and Boise where there aren't as many known cases. Yet.

Russell figures he probably got infected in the ER, but says he could have just as easily gotten it at the ski resort.

"It seems like a low-risk activity because it's outdoors," Russell says. "But most everybody eats lunch in a crowded lodge and then there are the chairlifts, where you're sitting shoulder-to-shoulder with four people." 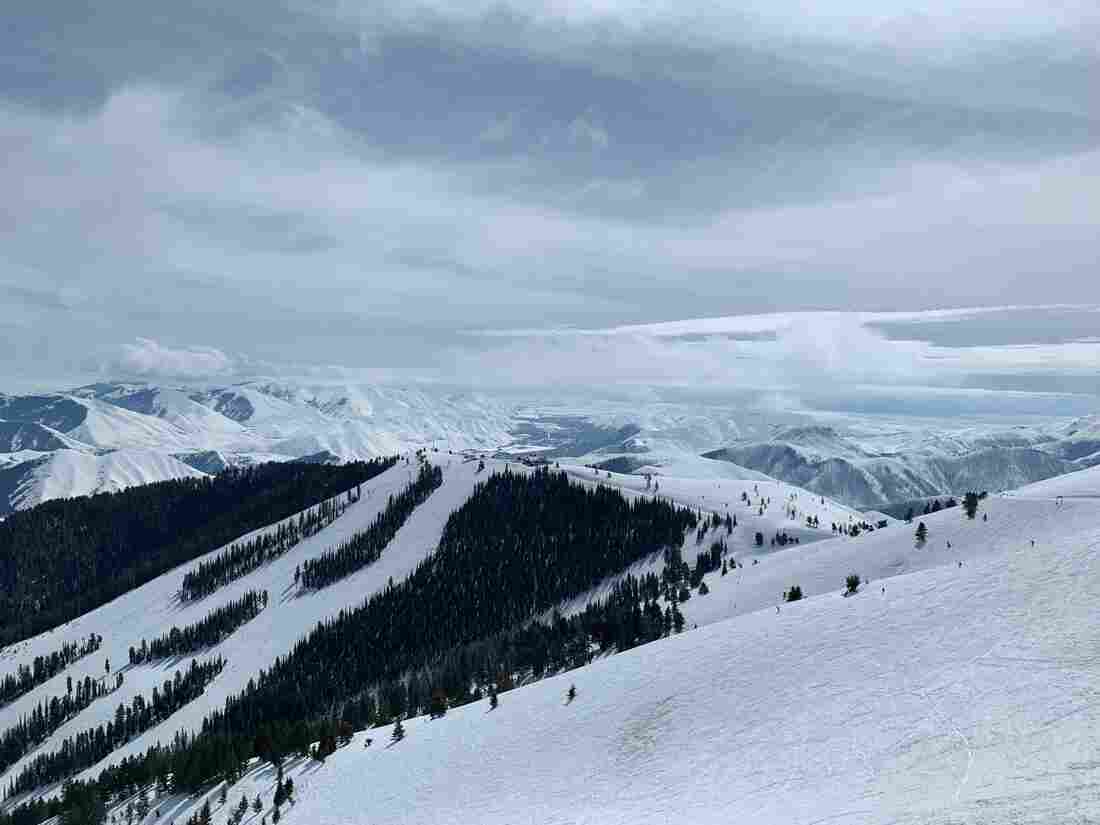 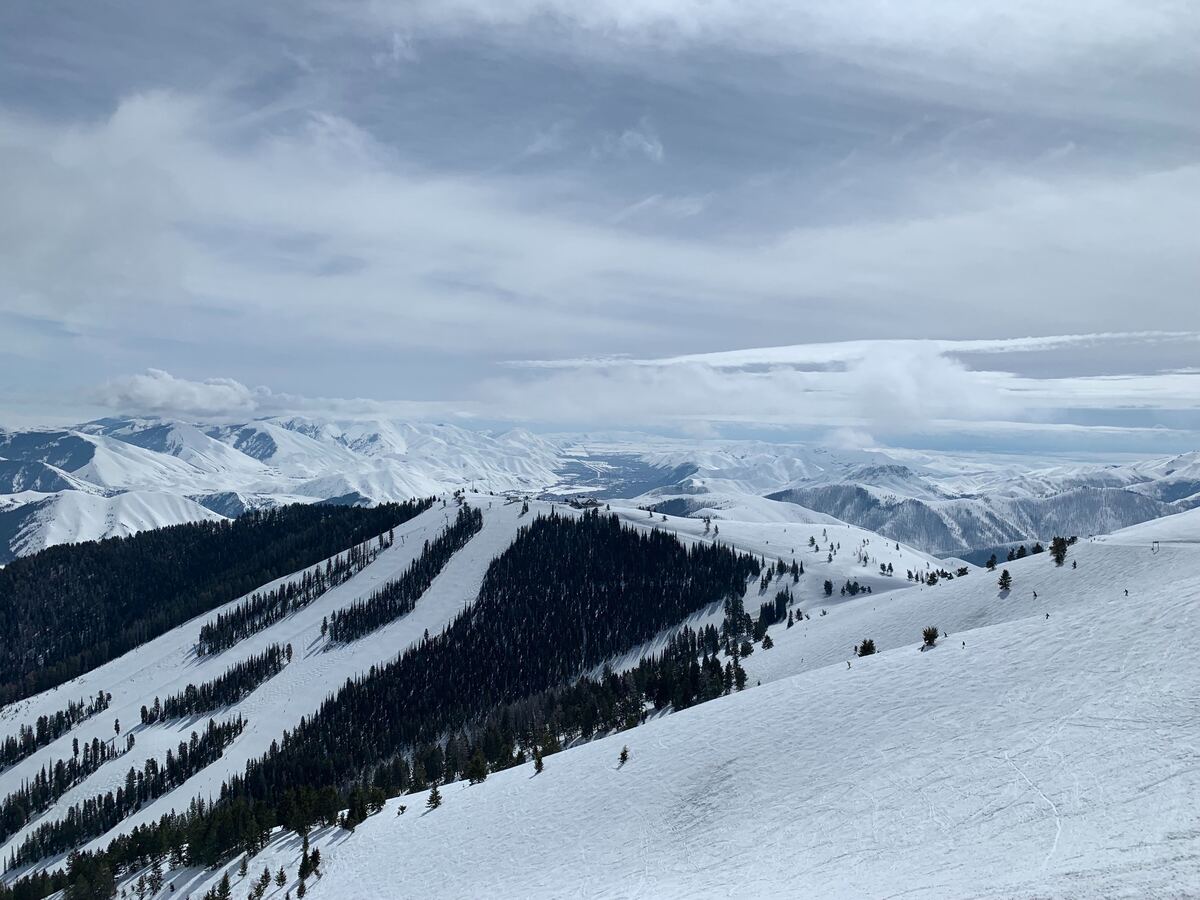 Some of the West's first known COVID-19 cases came from ski resorts that draw visitors from around the world.

Colorado's governor ordered that anyone who's traveled to four of his state's resort counties self-quarantine for 14 days. This, after the chairman of the Mexican Stock Exchange was reported to have contracted the virus in Vail, along with the chief executive of the company that makes Jose Cuervo Tequila.

Seaside towns in New England are trying to prohibit second-home owners from New York City from sheltering there. And there are similar measures barring such travel in California's shelter-in-place order.

In the rural West, Yale sociology professor Justin Farrell says resort towns may not be the safe havens the uber-wealthy tend to think they are.

"You may be even more at risk with supplies if you are staying in your remote estate and the service industry that basically props up your way of life is gone," Farrell says. "It's much more difficult to survive out there then it would be if you could run to the supermarket in a larger city."

Farrell just published a book investigating how billionaires are remaking the rural West. He says some are drawn to places like Sun Valley in crisis due to an ages-old Frontier myth about the region: "that it's this open land, a place to go if you need to escape, either to start a new life or protect your own life from what's going on in the larger cities on the coasts."

Farrell isn't surprised by the backlash. He says resort towns like Sun Valley and Jackson, Wyo., already have some of the highest rates of income inequality in the U.S. They also tend to rely heavily on a mostly lower income Latino workforce.

One certain is that the local economic fallout will be huge.

"The overall impact on the economy I suspect will be much less than if we try to keep the economy going right now and therefore exacerbate the problem," Russell says.

Russell, 50, is otherwise healthy, an avid trail runner and skier — he skied 80 days last season. But he's been in bed for more than a week. He'll start to feel better and then there's an alarming setback, like the other night when he awoke short of breath feeling as though he'd just done a major workout.

Trust me, he says, you don't want this.