Accessibility links
Review: 'Making The Cut' Brings Back Tim Gunn And Heidi Klum Tim Gunn and Heidi Klum's new Amazon show has a very different vibe from Project Runway, but you'll see a lot of fashion and a lot of pretty sights. 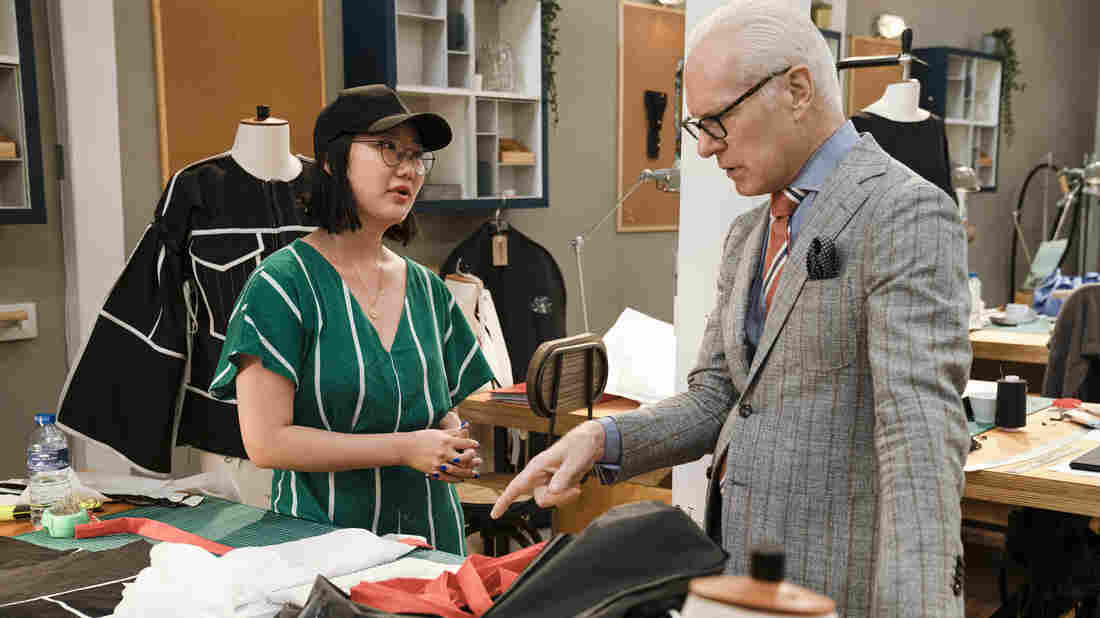 Tim Gunn and contestant Ji Won Choi talk over one of her designs on Making The Cut. Jessica Forde/Amazon Studios hide caption 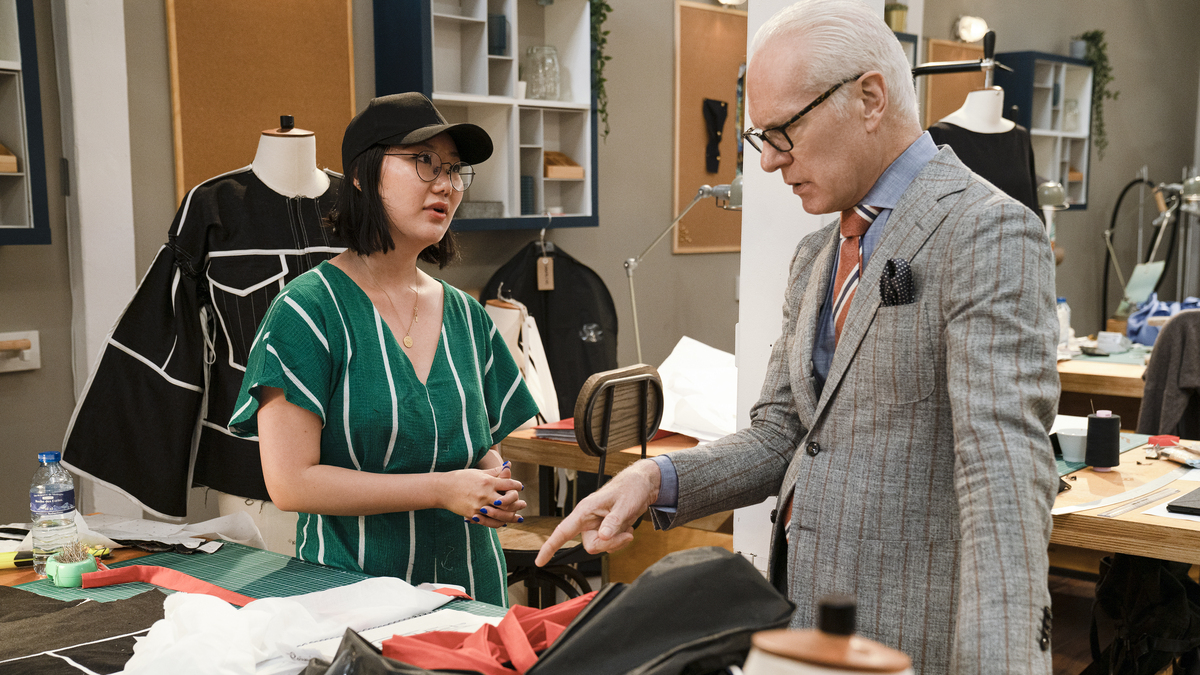 Tim Gunn and contestant Ji Won Choi talk over one of her designs on Making The Cut.

When Tim Gunn and Heidi Klum left Project Runway, it wasn't clear whether it could survive without them, or whether they could succeed on a different show. We know the answer to the first question, at least creatively: The new incarnation of Runway, starring Christian Siriano and Karlie Kloss, is better than most of us expected, and Siriano in particular has carved out a very different mentor role than Gunn's that's satisfying in new ways.

We've now arrived at the other half of the question: Can Tim and Heidi make a show that's not Runway? The first episodes of Making The Cut are streaming now on Amazon Prime Video, and the verdict is ... maybe?

Tim Gunn: The Fashion Industry Is Not Making It Work For Plus-Size Women

There are a couple of things that are very different right off the top if you're comparing the new show with the old. Where Runway had a kind of chirpy relentlessness, Making The Cut is going for more of a chill and glamorous vibe, still a competition, but with the vibe of a high-end travel show. That's not only true because of the locations (New York and Paris, to start). It's true because the whole show has a kind of Instagram-influencer vibe, with a constant hum of forgettable music that sounds like it comes from an ad for yoga pants.

There are also some format differences that seem likely to have originated with the specific hope to set the show apart from Runway; most notably, it doesn't always eliminate one person per week. It can be more. It could be nobody. This can help a little bit with the problem that comes up on a lot of judged competitions where somebody is constantly second-worst but never quite worst. Here, such a person would probably eventually be bounced, even if they didn't do the worst job in that challenge.

The judging panel (which includes Naomi Campbell and Nicole Richie) also follows a muddled format where they'll call up each designer to explain what they've made, and then there's a moment — sometimes this is hard to follow — where Heidi asks whether any of the judges have "changed their minds" from the way they'd been planning to vote. It seems like you're supposed to feel like the panel discussion is higher stakes, because the designers have a chance to save themselves. But that seems to be true on Runway too, which means they've just sort of complicated what should be simple.

The best of the changes that Making The Cut has instituted is that the contestants have help from seamstresses, who sneak in at night like shoemaker's elves and do some of the basic sewing. That means it's less likely — not impossible, but less likely — that the designers will be judged on whether they can physically construct a dress in a very short time. There aren't as many unfinished hems or terrible seams, and that means the focus is more on the actual design. (This is also the case over on Netflix's Next In Fashion.) Similarly, the challenges are far looser and more thematic, rather than weird stunts like "design new outfits for the servers at Susan Sarandon's ping-pong club." (An actual Project Runway challenge.)

The worst of the changes is that Amazon looms over the show, not only as the streamer showing it, but as a seller of goods. The opportunity to sell your clothes on Amazon is dangled as part of the prize, and from time to time, the designers are reminded — and they remind the audience — how meaningful that is. It's only fair to note that Runway itself has a history with product placement that borders on parody; that is a show that once forced people to design clothes based on Yoplait frozen yogurt flavors. So at least perhaps here, they've narrowed it down to just one corporate entity?

There is an upside to the consumerism angle, though, which is that there's a more explicit understanding that mass-market clothing sales and runway fashion are very different. In most challenges, you'll see each designer make both a "runway look" and an "accessible look." That's good. That's an acknowledgment that judging clothing both by "is this wildly innovative enough for a runway show?" and "would this sell to large numbers of regular people?" is an inherently flawed undertaking. Here, they can talk about the runway look for its freshness and excitement, and they can talk about the related accessible look for its consumer-friendly qualities — its "wearability," so to speak. It's a smart shift, even if the execution of it isn't always totally coherent.

I'm not sure Making The Cut is a strong competitor to Runway when it comes to frantic competition and personality clashes; I'm not sure it wants to be. It is, however, a more calm and measured look at more high-fashion designers, and there are those for whom that will be all they need — alongside Tim and Heidi, of course.