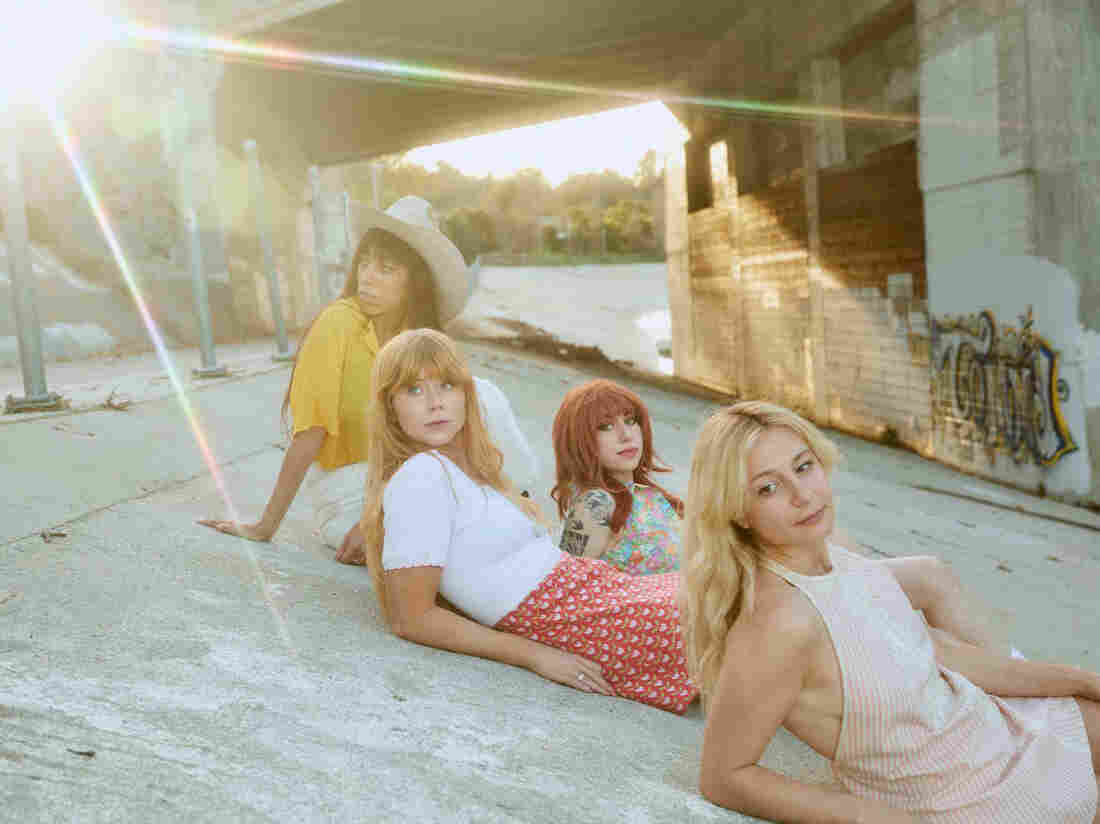 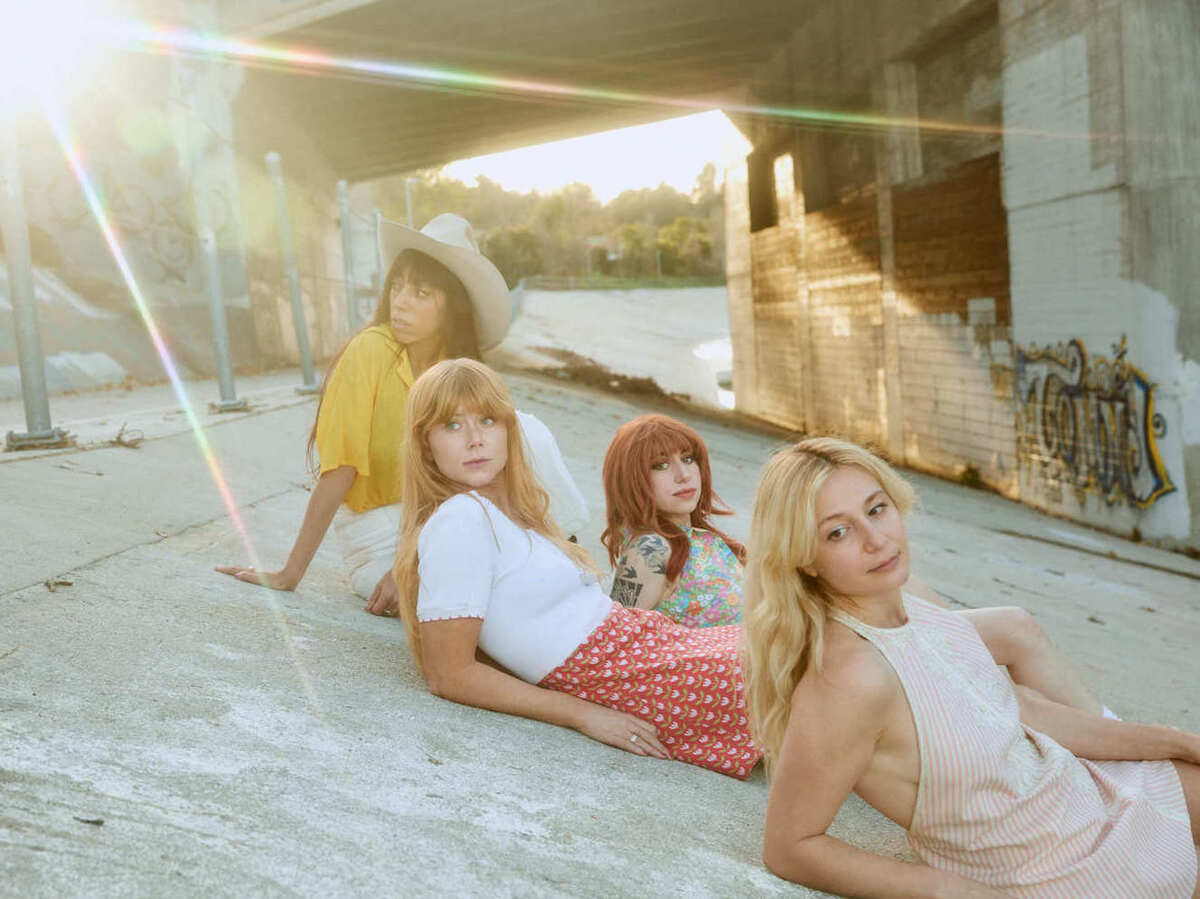 Bailey Robb/Courtesy of the artist

Last month, Habibi released Anywhere But Here, the band's first full-length album since its self-titled debut in 2014. Just like that first record and the EPs and singles over the past six years, the new album is full of Habibi's signature mix of psychedelic rock and Iranian music.

For Rahill Jamalifard, Habibi's lead singer and a daughter of Iranian immigrants, the group's sound has a deeper meaning: It's a way to honor her roots and pay tribute to the experimental culture that produced Iranian pop music in the 1960s and '70s. Jamalifard says that Habibi got its start when she bonded with musician and future bandmate Lenny Lynch over a shared love of that era of Middle Eastern psychedelia.

"It was just wild to me, because I know record collectors, I know all these people who love that sound, but for somebody who's my age, clearly white, and knew Iranian musicians that I loved, it was so amazing," she says "Because now there are a bunch of reissues of old Iranian psych and pop music, but at the time there wasn't as many and they weren't uploaded to YouTube."

NPR's Michel Martin spoke to Rahill Jamalifard about Middle Eastern psychedelic rock, her growing comfort as a musician since the last Habibi album and keeping in contact with her family in Iran, a country which has been particularly impacted by the coronavirus. Listen in the player above and read on for highlights of the interview.

The band started almost eight years ago now. I started it with one of my closest friends at the time — and still now — Lenny, and we're both from Michigan, which has a very large Middle Eastern population, especially Arab population. So we both are very well-versed, me being Iranian and having gone to the mosque, I've been around more Arabs in my life than I have Iranians. And her friends, growing up on her street in her community, were all Arabs.

[Habibi] is an Arabic word. It's pretty universal, though; like, my dad uses it. It means "my love," but it's more a term of endearment. You can say it to your love, but you can also say it to grocery store owners. In New York, for example, they call you habibi at the counter when you come up. So it's just a term of endearment, an affectionate term.

On using Middle Eastern influences to make their own sound

I grew up in a house where we didn't have cable. The real access to music — I was the oldest, so it was through my parents. And they had these amazing old VHS tapes of television programs from the '70s and '80s, and '60s. I grew up watching those, and also listening to my dad's tapes. I just remember from a very young age becoming obsessed with the tapes, watching the tapes, learning the dance moves, singing all the songs.

The song "Come My Habibi": It was the first song we ever wrote together. Lenny and I, at the time, were obsessed with psychedelic music from Turkey and Iran. Just based on that alone, that really struck me about Lenny. When she came to New York, she was super encouraging of "Well, we both love this kind of music; we should do something that honors that sound."

My grandfather loved the old poets, so he knew all of Hafez and Saadi and Rumi. He could recite all of their poems. When I try to write, sometimes overtly, I'm trying to reference these poets — but obviously in a less, less, less amazing way because I could never touch where they all are. But for that song especially, I wanted to write something beautiful that took you somewhere else and sounded more poetic. All of those lyrics, they have significant meaning to me, but as someone listening to it, they could inspire so many different things.

I've been speaking to them most every day, just to my cousins and checking in on them. I have a lot of elders so it's very, very scary, but luckily for now I know my family is safe, and they're staying home. But it is a time of great struggle there. And especially with the sanctions, not being able to have access to medicine and humanitarian aid: It's really scary and heartbreaking to know there could be preventable deaths. I mean everywhere, it's not just there, but there is particularly a very bad situation.