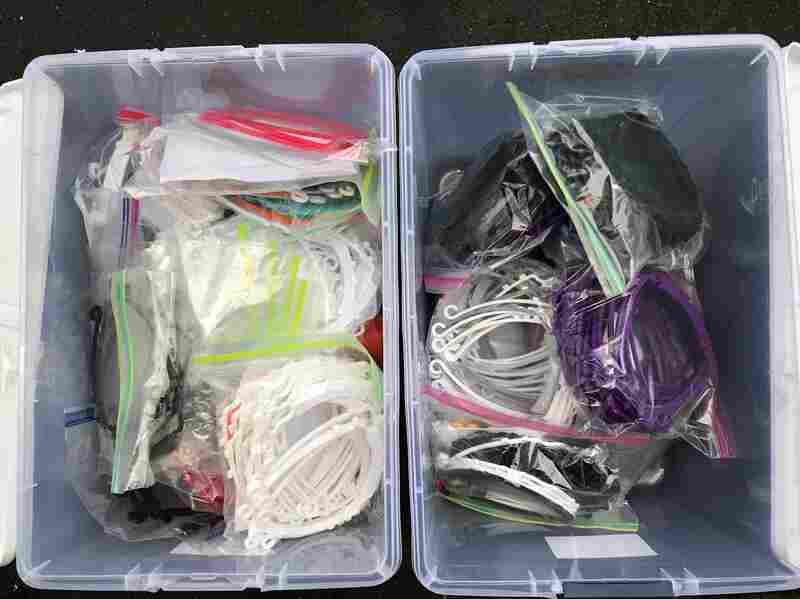 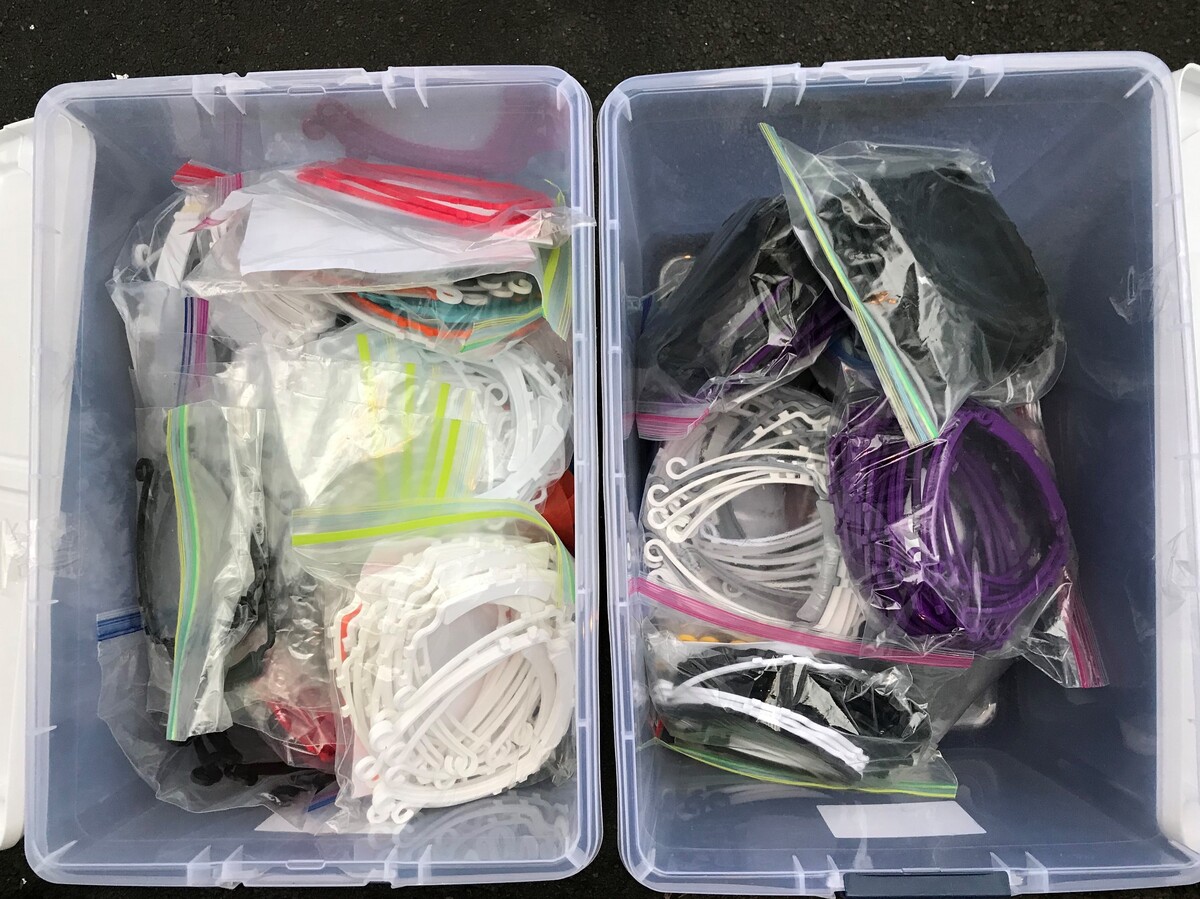 The first shipment of face shield parts that Amy Kuceyeski, of Cornell University, dropped off to health care facilities.

In recent weeks doctors and nurses have reported dire shortages of protective gear; on the Cape Cod peninsula in Massachusetts, and in the San Francisco Bay Area, hospital workers say they're being forced to reuse N-95 masks. In New York, the current epicenter of the U.S. coronavirus outbreak, some hospitals' mask supplies were dwindling down to nonexistent levels.

Amid reports of the shortages, a patchwork army of 3D printer-users has emerged across the U.S.: Researchers, doctors and lone producers have gone to work, creating protective gear in labs, basements and home offices for health workers.

Headlines about hospital conditions made Amy Kuceyeski, an associate professor in mathematics and radiology at Cornell University in Ithaca, N.Y., feel helpless in recent days. But after seeing a post on Reddit about using 3D printers to create protective gear for hospital workers, Kuceyeski thought she might be able to launch a similar movement in her community. She sent out a blast email Tuesday asking if people with idle 3D printers would want to pitch in.

Since then, Cornell researchers, students and professors have teamed up with community members to create about 400 face shields. Kuceyeski delivered that first pallet of 3D-printed protective gear to two health care facilities Friday. The group's first shipment contained a mix of headband-like clips that health care workers attach a plastic shield to, and the plastic visors themselves. The shields, in combination with an N-95 face mask, shelter medical workers from airborne droplets that can carry the coronavirus.

Similar 3D printing movements have popped up in states such as Montana, Kentucky and North Carolina.

The 50-person grassroots effort in Ithaca, led by Cornell Engineering, includes citizen hobbyists like Elliot Wells, who's made 16 shields in the last two days.

Wells and others in the group are using an open-source design from Sweden, that was approved by physicians at Weill Cornell Medical Center.

"I've never put myself in a situation where the deadlines are so tight and the quality needs to be so high," said Wells, whose day job is an assembly technician for a robotics company. "I'm definitely learning as I'm going." 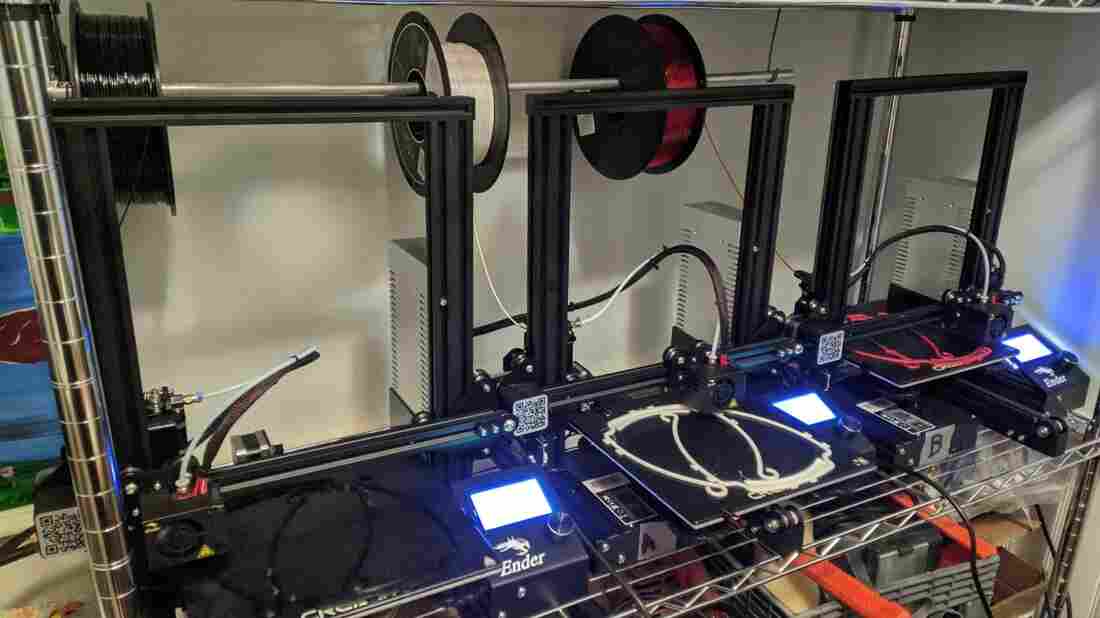 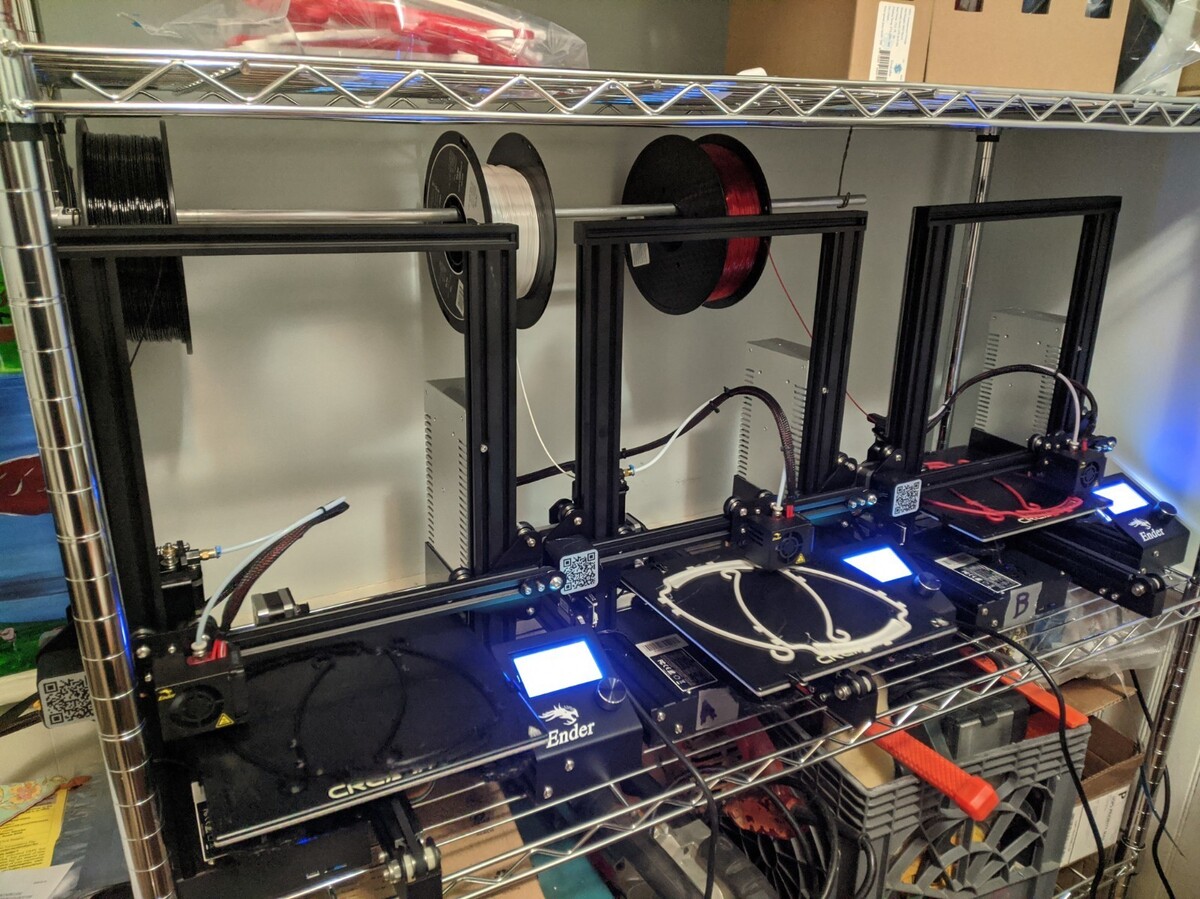 Three of Wells' 3D printers at work in his makeshift office.

The face masks have to meet medical standards so, compared to other projects, Wells says this has been a bit more technically challenging. But he's up for it.

Wells turned a spare 10- by 12-foot room in his apartment into a shield workshop. It's filled with 5 printers and lots of whirring fans. Even with the fans, it's hot in there, says Wells. He's happy to be put to work though.

"We're in a middle of a pandemic that's of a scope that we don't really understand and most of us have no direct control over," said Wells, "but it's easy to forget that there's a huge number of things we do have control over. And if we are working together and we're collaborating, and we're using the tools at our disposal, we can get a tremendous amount done."