Accessibility links
Opinion: Remembering Some Of Those We've Already Lost To The Pandemic We often think of fatality rates as statistics — numbers on a chart. But each one represents a real person. NPR's Scott Simon reflects on some of those who have been lost so far in the pandemic. 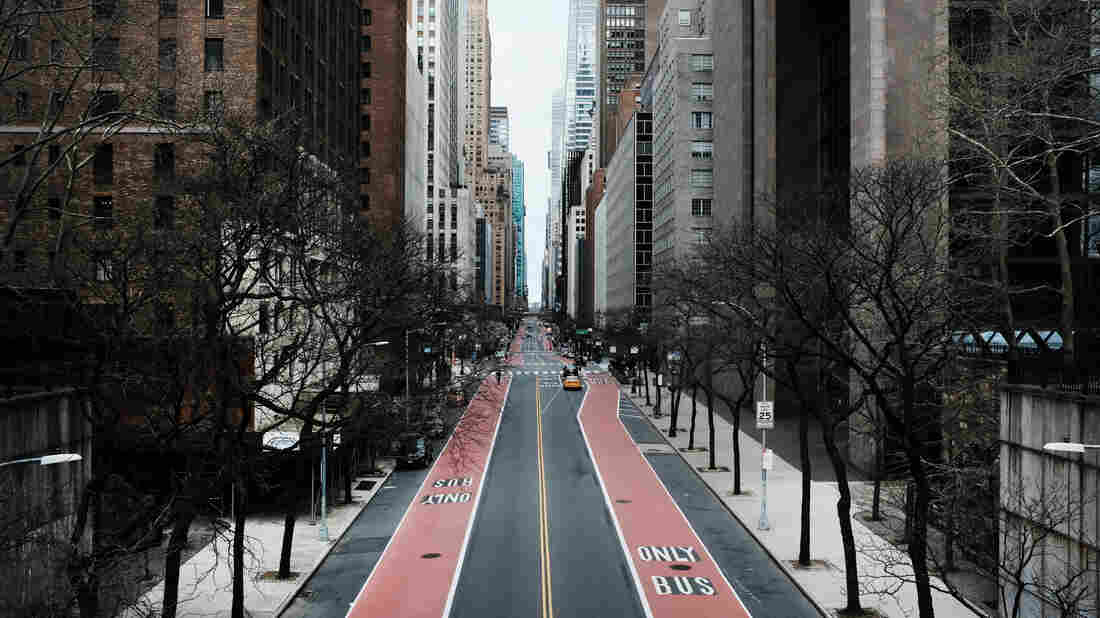 In New York City, 42nd Street stands mostly empty as much of the city is void of cars and pedestrians over fears of spreading the coronavirus. Spencer Platt/Getty Images hide caption 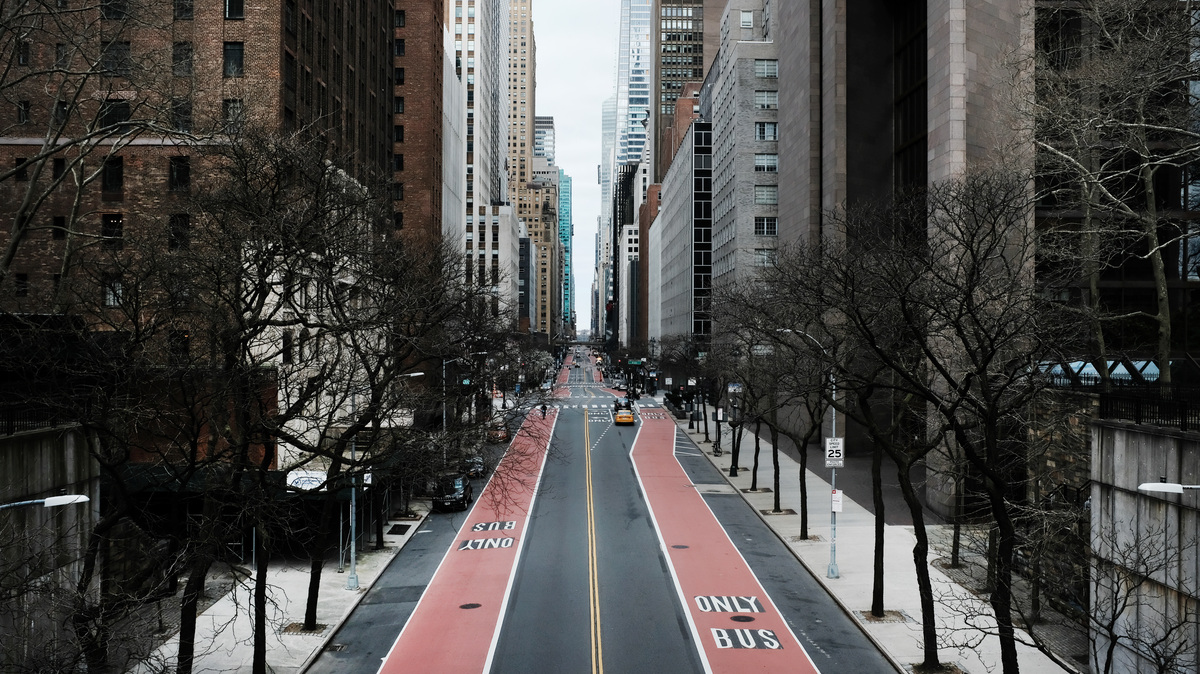 In New York City, 42nd Street stands mostly empty as much of the city is void of cars and pedestrians over fears of spreading the coronavirus.

The losses of the coronavirus pandemic became personal for many Americans this week. More people lost jobs. More people had to worry about their health. And more people died. These names are just a few among so many who gave something to our lives.

Dez-Ann Romain died in New York, where she was principal of the Brooklyn Democracy Academy. "She looked at every single kid as her personal mission," her friend, Courtney Winkfield, told the New York Times. "She knew every kid's back story, their family members, what was going on with them and how to motivate them." Dez-Ann Romain was 36 years old.

Floyd Cardoz, who won the Top Chef Masters competition, was 59. His restaurants helped put regional Indian flavors into the mainstream of America, and created an international sensation. I was fortunate to meet Chef Floyd a few times. He was forceful, artful and funny. His partner in restaurants, Danny Meyer, told us, "He never once lost his love for those he'd worked with, mentored and mattered to."

Jenny Polanco, the Dominican fashion designer, who supported emerging artists in her home country, died of COVID-19 this week at the age of 62.

Rabbi Romi Cohn joined the resistance when he was a boy after Nazis invaded eastern Europe in 1939. Even as much of his family was killed, Romi Cohn survived the Holocaust to embody a message of hope and survival as a rabbi in Brooklyn and Staten Island. Romi Cohn died of Covid-19 this week at the age of 91.

Terrence McNally was 81 and died after contracting the coronavirus in Florida. He wrote sharp, funny and insightful plays about the bite of loneliness and the balm of love, including the domestic details of gay life, and romances about characters of all kinds. Michael Shannon, who co-starred in last year's revival of Terrence McNally's Frankie and Johnny in the Clair de Lune, told us, "I've never worked with a playwright where I get the sense ... that they are actively attempting to take care of people ... to genuinely, like, heal people."

Terrence McNally received what turned out to be his last Tony Award last year, and told the ceremony, "Theater changes hearts, that secret place where we all truly live." And he quoted words from The Tempest that may make you think today of health care, food service, maintenance workers and artists who work through these times: " 'Oh, brave new world, that has such people in it.' Shakespeare's talking to all of us," he said. "No one does it alone."