Accessibility links
HHS Warns States Not To Put People With Disabilities At The Back Of The Line For Care States are preparing guidelines for when there's not enough care to go around. Disability groups are worried that those standards will allow rationing that excludes people with disabilities. 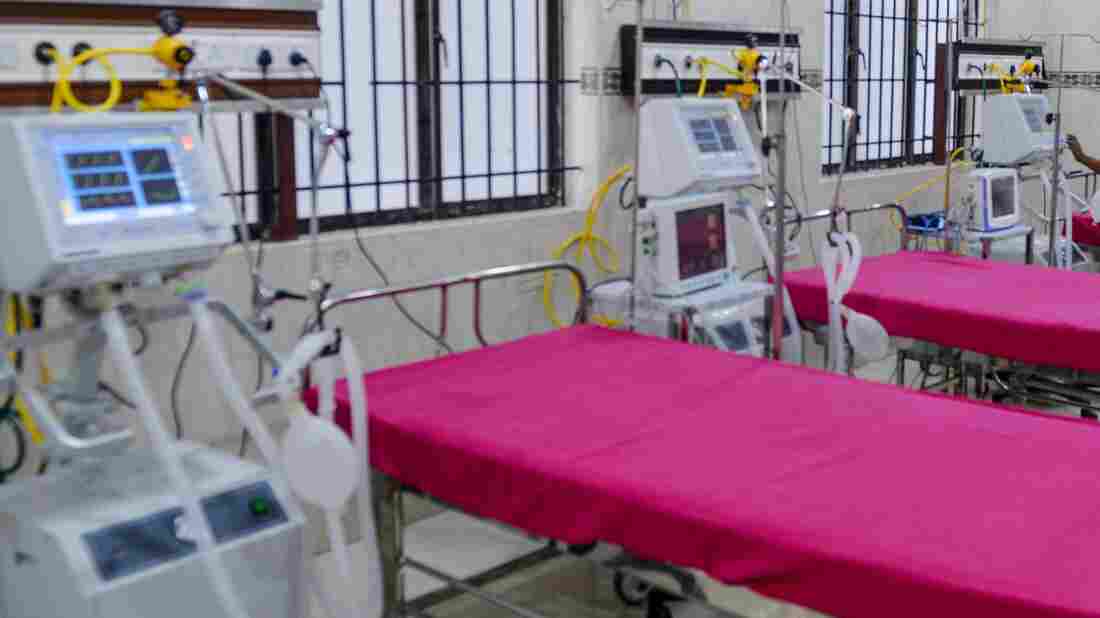 A staffer checks on a ventilator in an intensive care unit in Chennai, India, Friday. States in the U.S. are coming up with plans for what to do if they run out of ventilators and other supplies. Arun Sankar/AFP via Getty Images hide caption 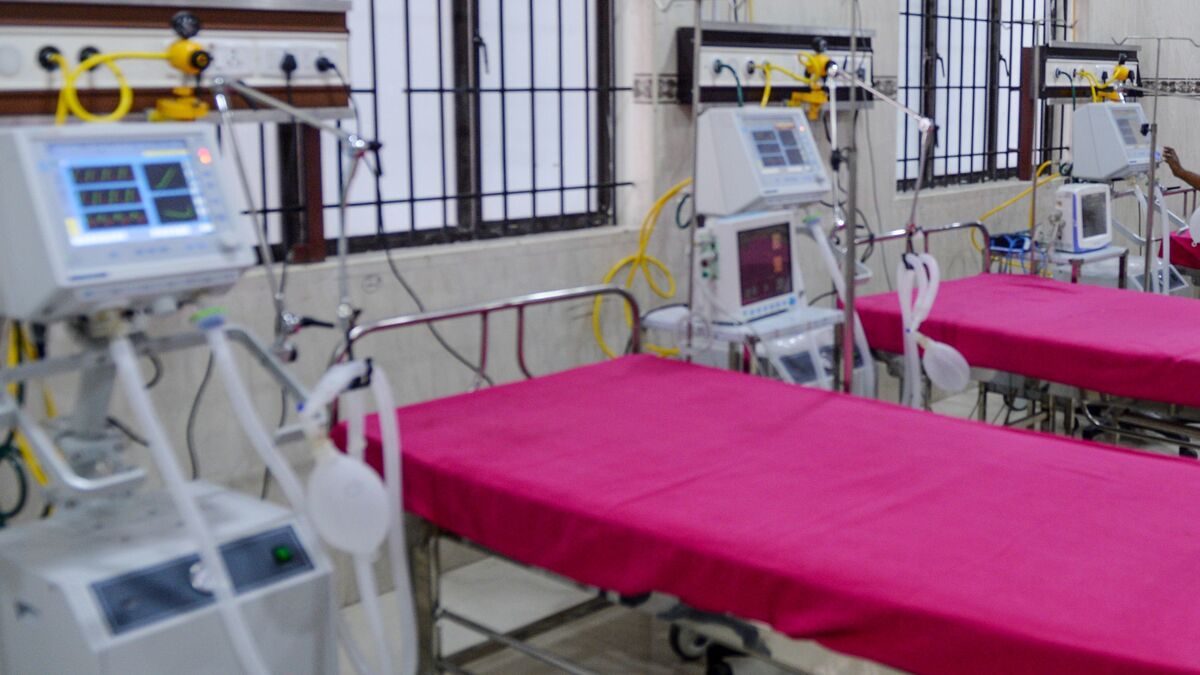 A staffer checks on a ventilator in an intensive care unit in Chennai, India, Friday. States in the U.S. are coming up with plans for what to do if they run out of ventilators and other supplies.

With coronavirus cases continuing to climb and hospitals facing the prospect of having to decide how to allocate limited staff and resources, the Department of Health and Human Services is reminding states and health care providers that civil rights laws still apply in a pandemic.

States are preparing for a situation when there's not enough care to go around by issuing "crisis of care" standards.

But disability groups are worried that those standards will allow rationing decisions that exclude the elderly or people with disabilities.

On Saturday, the HHS Office for Civil Rights put out guidance saying states, hospitals and doctors cannot put people with disabilities or older people at the back of the line for care.

"We're concerned that crisis standards of care may start relying on value judgments as to the relative worth of one human being versus another, based on the presence or absence of disability," said Roger Severino, the director of the Office for Civil Rights. "We're concerned that stereotypes about what life is like living with a disability can be improperly used to exclude people from needed care."

Severino said his office has opened or is about to open investigations of complaints in multiple states. He did not say which states could be the focus of investigation, but in the last several days, disability groups in four states — Alabama, Kansas, Tennessee and Washington — have filed complaints.

In Kansas and Tennessee, disability groups and people with disabilities say state guidelines would allow doctors to deny care to some people with traumatic brain injuries or people who use home ventilators to help them breathe.

The ventilator issue is coming up in New York, which may soon be the first place where there are not enough ventilators to meet the demand of patients. Gov. Andrew Cuomo said the state will need double its current amount in about three weeks.

Disability Rights New York, a federally funded disability civil rights legal office, raised alarms in a letter to Cuomo this week. The group said people who use personal ventilators for help breathing fear that under the state's current guidelines, their ventilators could be confiscated if they seek medical care and "re-allocated to other patients who are deemed a higher priority."

Severino said Saturday that his office was concerned about complaints of possible ventilator reallocation, an issue that had been raised in New York and Kansas.

Disability advocates and lawyers expressed concerns over a line in the guidance from the Office for Civil Rights that said the Public Readiness and Emergency Preparedness Act, or PREP Act, may provide immunity from civil rights laws in some cases.

The PREP Act provides immunity to tort liability claims for manufacturers or drug companies that are asked to scale up quick responses to a disaster such as a nuclear attack or a pandemic.

The law could protect, for example, a company that hurried production of new ventilators, recognizing there might not be the usual long-term testing of the device.

Some disability advocates have worried whether that exception could be used to trump civil rights laws that protect people with disabilities from treatment decisions. Severino said his office would investigate civil rights violations and it would be up to another office at HHS, the general counsel's office, to make waivers under the PREP Act.

Overall, the guidelines from HHS serve as a warning to states. The department's Office for Civil Rights can investigate health care providers who are accused of violating civil rights law and tell them to correct something. If the issue is not corrected, the office can ask the Department of Justice to prosecute.