Accessibility links
Trump Extends Social Distancing Guidelines For 30 More Days Trump had initially announced 15-day guidelines and said they would be reevaluated. The 15-day period was set to end Monday. 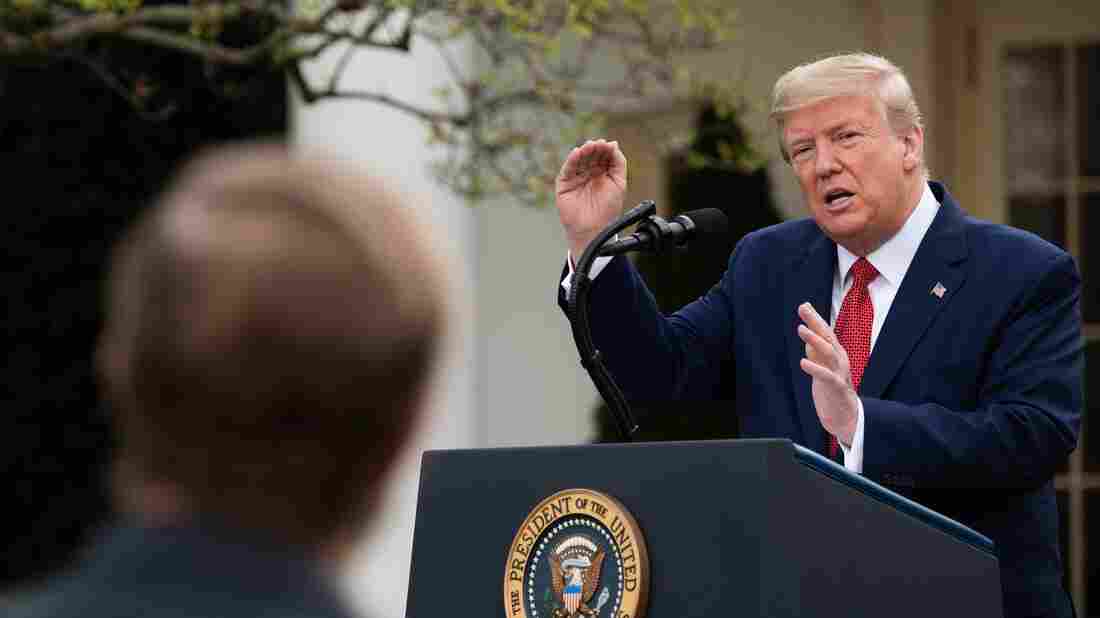 President Trump speaks in the Rose Garden for the daily coronavirus briefing at the White House on Sunday. Jim Watson/AFP via Getty Images hide caption 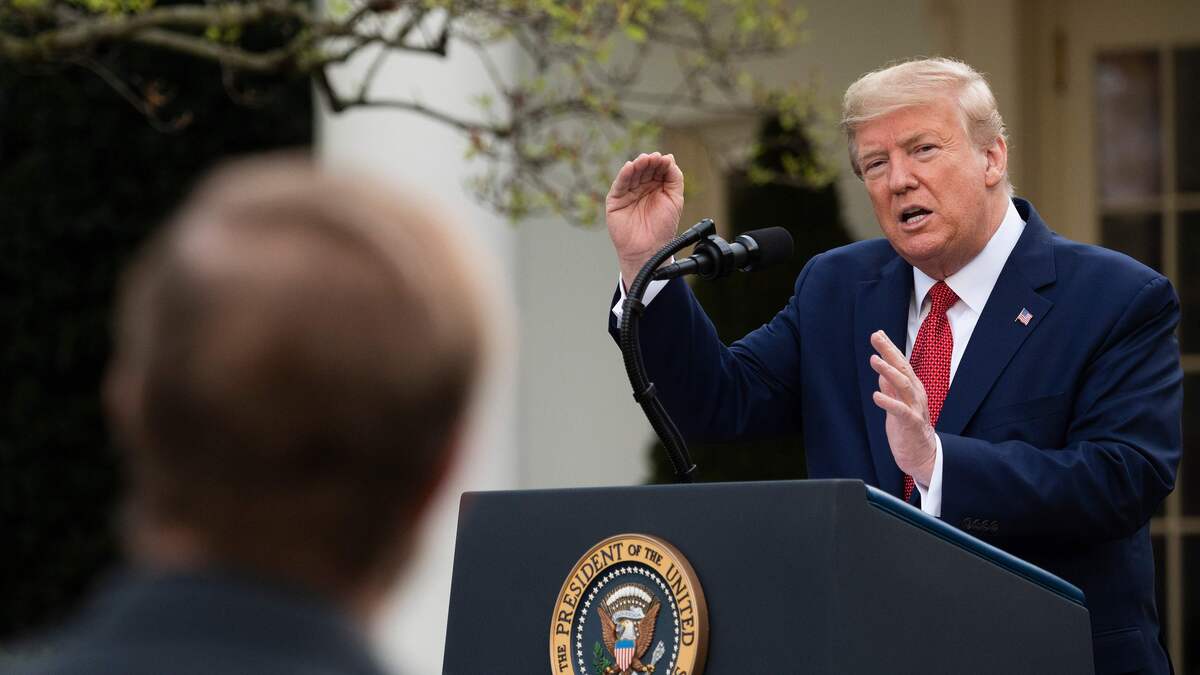 President Trump speaks in the Rose Garden for the daily coronavirus briefing at the White House on Sunday.

President Trump said on Sunday that federal guidelines urging Americans to social distance to slow the spread of the coronavirus will remain in place for another month and could last until June.

Under the recommendations, the Trump administration is imploring people to avoid restaurants, bars and other situations involving more than 10 people and restrict traveling to trips deemed essential.

"During this period, it's very important that everyone follow the guidelines," Trump said at a news conference in the Rose Garden. "The better you do, the faster this whole nightmare will end."

Trump had initially announced 15-day guidelines and said they would be reevaluated. The 15-day period was set to end Monday, and the president had suggested the recommendations could be relaxed. But on Sunday, Trump said the guidelines will continue to ask Americans to socially distance until April 30. Trump said the plans to prolong the social distancing guidelines will be formalized Tuesday.

Models of the virus' spread, Trump noted, indicate that the worst days of the pandemic could hit the country in two weeks.

Trump had previously stated he would like to see the country "reopen" for business on Easter, a notion that deeply unsettled infectious disease experts, who said such a move could exacerbate the crisis.

Asked if his optimistic assessment was a mistake, Trump said no.

"It was just an aspiration," Trump said on Sunday. "That could be the peak number of deaths before it starts coming down," the president said of coronavirus cases around Easter, which is April 12.

Fauci and Birx pointed to leading coronavirus models, which they said show that, even with social distancing and other mitigation measures in place, millions of Americans are anticipated to become infected and up to 200,000 could die. If social distancing is not followed, the estimates are even more grim, Trump noted, saying the model suggested some 2.2 million Americans could have died in the U.S. if officials ended containment efforts.

"Now we're looking at numbers that are going to be much, much, much lower than that," Trump said. "And it makes everything we're doing feel much better to me."

The hope, Birx said, is that the model's estimates are overstating the likely case load and death toll.

"We can do better than what the predictions are," Birx said.

Trump indicated that months more of social distancing could be in store, saying he hopes the country's rebound from the virus will start in June.

"We think by June 1 a lot of great things will be happening," Trump said.

Coronavirus cases in the U.S. continue to soar and virus-related deaths are mounting, with America's total fatalities doubling in just two days.

More than 2,000 people affected by the virus in the United States have now died, according to Johns Hopkins University researchers.

Expecting the surge of coronavirus cases to continue, state and local officials are bracing for shortages of medical equipment and supplies.

State leaders — including Gov. Andrew Cuomo of New York, the nation's current virus epicenter — are predicting that in the coming weeks critical supplies like ventilators could be far outmatched by the volume of critically ill coronavirus patients.

In the news conference Sunday, Trump raised suspicions, without evidence, that medical professionals could be "hoarding" masks.

"Something's going on," said Trump, urging reporters to look into why supplies are being used so rapidly.

The president made the same unsubstantiated claim against hospitals, floating the unproven idea that hospitals could be hoarding ventilators.

More tests, and a confrontation with a reporter

During Sunday's briefing, federal officials highlighted that the pace of testing has substantially sped up in recent weeks.

About 894,000 tests have been conducted nationally as of Saturday, according to Adm. Brett Giroir, assistant secretary for health and head of the Public Health Service, who is overseeing the administration's testing coordination.

The news conference took a hostile turn when PBS NewsHour reporter Yamiche Alcindor asked the president about remarks he made on Fox News Channel saying he did not believe states like New York need the number of ventilators state leaders are requesting.

Trump to @Yamiche "Be nice. Don't be threatening." pic.twitter.com/dU5jKJrZTa

"I didn't say that," Trump said, denying words that were broadcast nationally to Fox News host Sean Hannity. "Why don't you act a little bit more positive? It always trying to 'get you. Get ya. Get ya.' "

The president then attempted to make a disparaging remark to Alcindor for leaving The New York Times to join PBS.

"Be nice. Don't be threatening," Trump told her.