Accessibility links
Interview: Dua Lipa On New Album 'Future Nostalgia' & The Coronavirus Quarantine NPR's Lulu Garcia-Navarro speaks with the pop star and songwriter about releasing her new album, Future Nostalgia, a week early and learning to connect with an audience during social isolation. 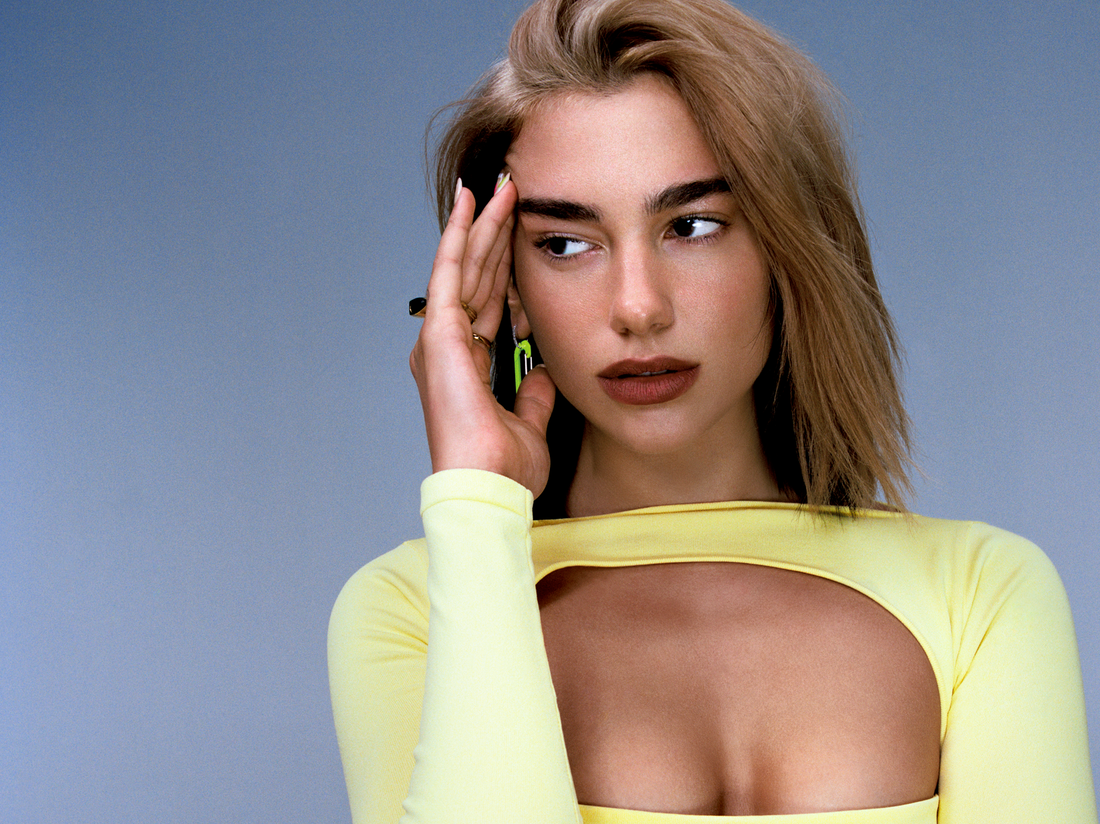 Dua Lipa released her album Future Nostalgia a week ahead of schedule."I want people to be able to take a moment away from what's going on outside. I hope it gives them some happiness," she says. Hugo Comte/Courtesy of the artist hide caption Dua Lipa released her album Future Nostalgia a week ahead of schedule."I want people to be able to take a moment away from what's going on outside. I hope it gives them some happiness," she says.

British songwriter Dua Lipa has a new album and a new nickname: the quarantine queen."Don't Start Now," the lead single from Future Nostalgia, featured what Vulture called a "social-distance-positive refrain": "Don't show up, don't come out, don't start caring about me now."

Unlike a number of other prominent stars — Lady Gaga, Hayley Williams and HAIM, to name a few — Dua Lipa didn't postpone her album due to the coronavirus crisis. Instead, she pushed the release date up to this Friday and dropped the record a week early. It wasn't an easy decision.

"In the past couple of weeks, just [with] the uncertainty of everything, I've been a little bit conflicted putting music out and whether it's the right thing to do during this time because lots of people are suffering," she said during an Instagram live stream.

NPR's Lulu Garcia-Navarro spoke to Dua Lipa about her decision to release Future Nostalgia early, adjusting to life in self-isolation and the pressure of following up her successful debut. Listen to the conversation at the audio link above and read on for highlights of the interview.

On the decision to release Future Nostalgia ahead of schedule

Over the past couple of weeks while we've been in self-isolation, there have been lots of emotions. And I think I'd be lying if I said that the current situation doesn't make me well up at least five to 10 times a day just because of the uncertainty of it, and it's all a bit unsettling.

I was thinking to maybe move the album to later but at the same time, I felt like maybe I was doing a disservice to my fans and listeners because I made this album to get away from the anxiety and pressures of making a second record and to get away from other people's opinions. I just wanted to make an album that was fun and something that I could dance to and something that made me feel good. So I feel like maybe now more than ever, that album should just come out. When the time is right and when we've all healed collectively and when we're ready to celebrate again, then I can hopefully pick up where I left off. I just want people to be able to take a moment away from what's going on outside and I hope it gives them some happiness and some moments of fun.

In all honesty, never in a million years did I think my first album was going to do what it did. A song like "New Rules," for example, the video for that was like rocket fuel. The way everything escalated with the first record was completely unpredictable. And as things got bigger, there started to be quite a lot of opinions from other people online. Criticism started coming in thick and fast, just for the sake of it.

Especially once I was coming to the end of this album cycle, I wanted to make sure that I wasn't focusing my energy on anything negative or anything that was going on online or on social media. I deleted my Twitter. I just didn't want to get caught up in what the first record did. I wanted to grow and mature as an artist, and take everything that I learned from the first album cycle and campaign and work towards getting better, and making music that I'm really really proud of and that I just have fun with.

I'm kind of learning along the way, figuring it out. I only, just this week, did my second-ever live stream on Instagram. It's different but it's a fun way to really connect with the fans and the audience and I think it's interesting to see how we are when we're out of our comfort zone. You kind of are just stripped back: You are on your sofa, you are in your living room. You're completely bare-faced and I think it connects with people on a different level, because it shows we're all the same and we're all human. There's a lot of beauty that comes with all of that. Sometimes trying to make things like that interesting can be difficult, but I think it's something that we all need to learn in the new age of social media. I think even after this pandemic hopefully blows over soon, we'll still be using everything we learned during this time to really connect with people on a different level.