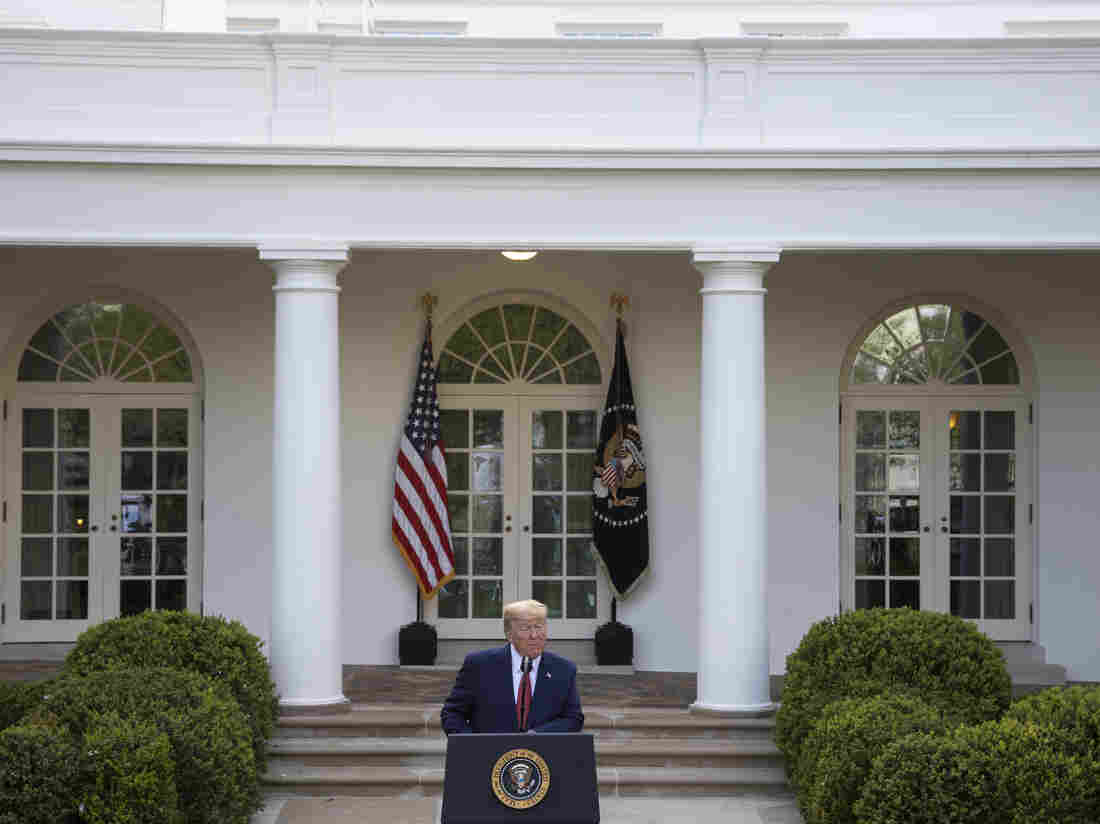 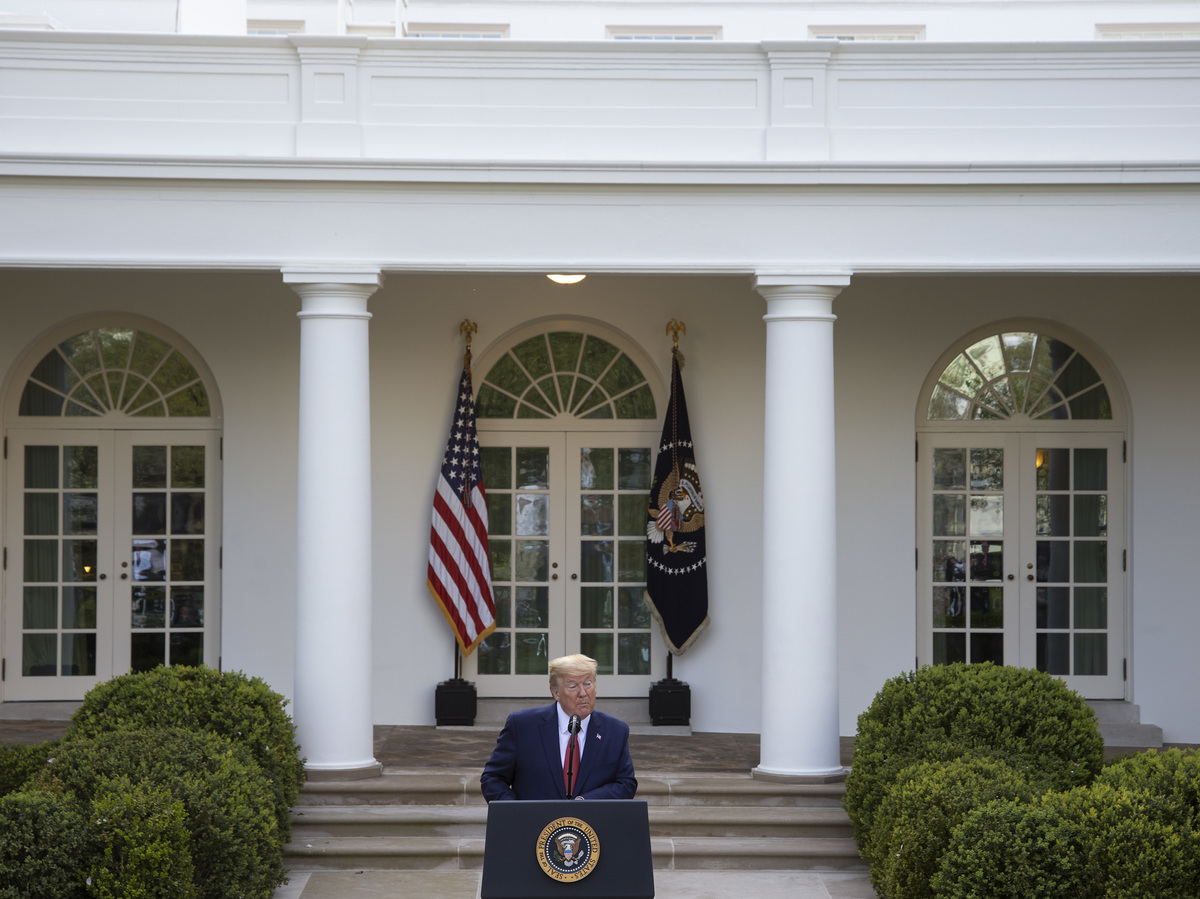 President Trump warned Americans on Monday to prepare for more disruption and death as he and other authorities extended mitigation procedures for several more weeks amid the widening coronavirus disaster.

Trump acknowledged on Sunday that his goal for a return to normalcy by Easter won't happen, and he extended the federal guidelines for social distancing and mitigation to April 30. He said on Monday that the pandemic will take longer than he hoped to abate.

"Challenging times are ahead for the next 30 days," Trump said on Monday.

He said that at least another month of social distancing — and the consequences that it has for everyday life and the economy — would be necessary based on modeling that said the peak in fatalities might not arrive for another two weeks.

Public health authorities say that keeping people apart and constraining gatherings of more than 10 people disrupts the spread of the virus. A smaller infected population reduces the burden on hospitals and medical workers.

Weeks or months of disruptions

Some 14,000 National Guard personnel have been activated to help manage the disaster response.

And for many Americans, the outlines of the disturbance to normal life go much deeper into the year than next month, following orders from governors or lower-level local leaders.

Virginia Gov. Ralph Northam, a Democrat, issued a "stay at home" decree on Monday for the commonwealth that runs until June 10. San Francisco Mayor London Breed extended her "stay safe" order until May 1.

Public health authorities are framing the possible death toll at a scale once unfathomable — Dr. Deborah Birx, the White House's coronavirus response coordinator, told NBC that in the best case, 200,000 people could die.

Trump said on Monday that Birx and another specialist on the White House coronavirus task force, Dr. Anthony Fauci, showed him estimates that suggested if the U.S. went back to normal with no more countermeasures, as many as 2 million or more Americans could die.

But the precautions have delivered a heavy shock to the economy. Millions of Americans are out of work after social distancing and isolation protocols have forced the closure of countless businesses. Macy's said on Monday that it's furloughing some 130,000 workers.

One projection circulating on Monday put the potential nadir for the employment rate at a level worse than that seen during the Great Depression.

Trump has signed legislation aimed at providing around $2.2 trillion worth of relief to the paralyzed economy. He and members of Congress haven't ruled out more legislation along those lines, depending on the way the coming weeks unfold.

The United States entered 2020 with record debt, and the borrowing associated with this year's rescue package will be "mind-boggling," as one specialist told NPR. Trump and congressional leaders have said they need to focus on the current emergency.

Financial markets, at least, have been buoyed by the passage of the relief legislation and the commitments by leaders in Washington — including Fed Chairman Jay Powell — to continue to take whatever measures are necessary to sustain the economy through the crisis.

House Speaker Nancy Pelosi, D-Calif., said on Monday that she isn't planning to take a coronavirus test even though one of her allies — Rep. Nydia Velazquez, D-N.Y. — has been diagnosed with "presumed coronavirus infection."

Velaszquez attended a bill enrollment ceremony with Pelosi and other members, but Pelosi's office said on Monday that the speaker had sought advice and been told she's probably fine.

"Following the announcement by Chairwoman Velazquez, the speaker today consulted with the attending physician who found her contact to be of low risk and recommended the speaker take no particular action," a Pelosi spokesman said in a statement.

The news followed a conference call on which Pelosi said that if Congress does take up another coronavirus relief bill, potentially the fourth, it probably wouldn't reach the House floor until later in the month. The House has extended its recess until April 20.

Trump hailed what he called the valuable contributions made by American industry on Monday and invited a number of company bosses to discuss their production.

Trump also said that a number of companies are producing ventilators to try to ameliorate the need associated with a climbing number of patients.

The latest announcement came from Ford and GE Healthcare, which said on Monday that they're on track to build 50,000 machines within the next 100 days.

Trump, cognizant that there may be more production now online than America can use, said on Monday that the U.S. would supply surplus machines to Europe.

Italy, France and Spain are the candidates Trump mentioned, plus in the past he has said the United Kingdom also needs ventilators. It isn't clear whether the U.S. government would give those nations the equipment or other medical supplies or whether their governments would make arrangements to buy them.