Accessibility links
Old Songs, New Meanings : All Songs Considered Listening to music during this pandemic has cast new light on old familiar tunes. Here's a listener-curated mix-tape of songs whose lyrics have an eerie — or comforting — connection to our current crisis. 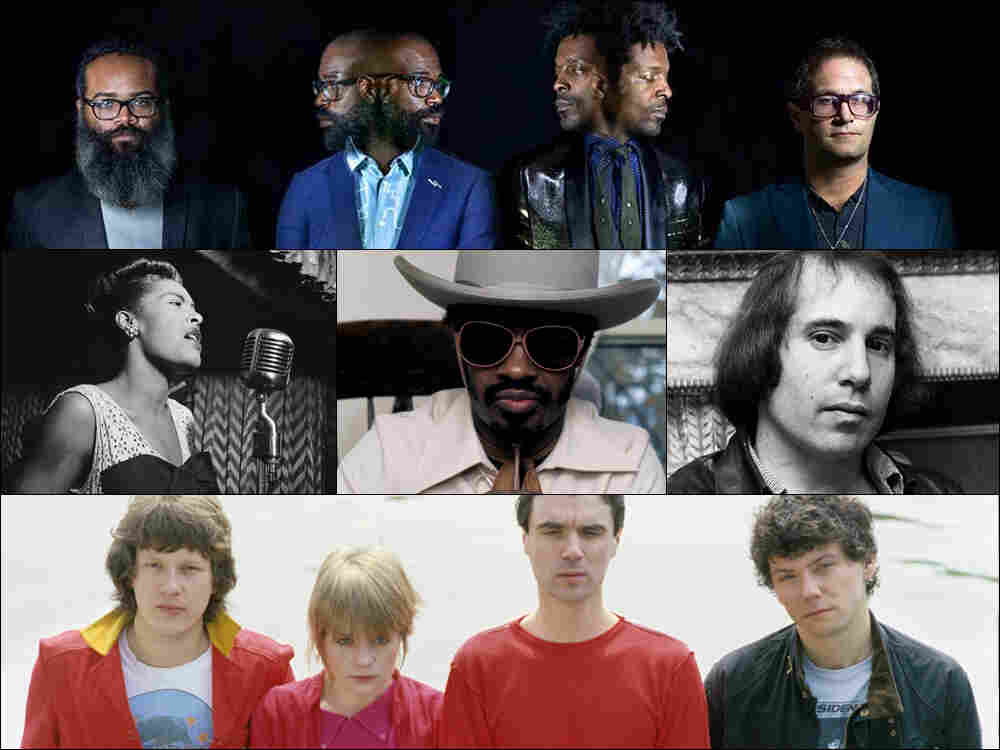 I've been listening to a lot of old, favorite songs in these trying times. But even songs that were once comforting are colored by current events. Talking Heads singing, "This ain't no party / This ain't no disco / This ain't no fooling around," from "Life During Wartime," was one of the first songs to take me by surprise. So, I did a social media callout to ask listeners if there were favorite songs taking on new meanings for them. A small flood of tunes, titles and phrases came my way, including Paul Simon's "American Tune," which has the line, "And I don't know a soul who's not been battered / I don't have a friend who feels at ease."

Some songs listeners suggested felt hopeful, with lines such as "everything's gonna be okay, Oh, I keep telling myself, 'Don't worry, be happy,'" from TV On The Radio. Some songs made me laugh, despite or maybe because of their directness. "Schools Out" by Alice Cooper or "Everything is Awful" from The Decemberists were two of them.

These odd twists of meaning are the strength of a song. The ability for it to be malleable beyond the writer's original intent is what often comforts, sometimes helps focus and express the thoughts that are deep inside of us. So, on this week's show, I put together a musical collage with help from listeners: old songs, new meanings.