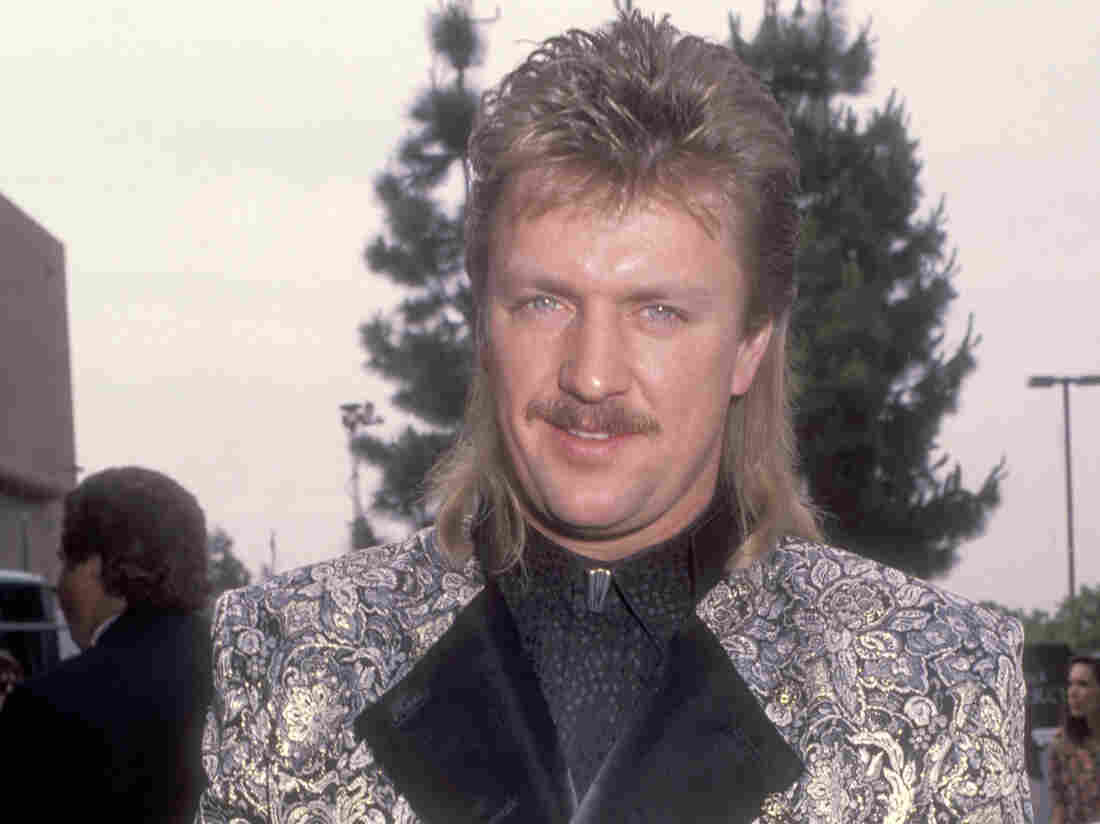 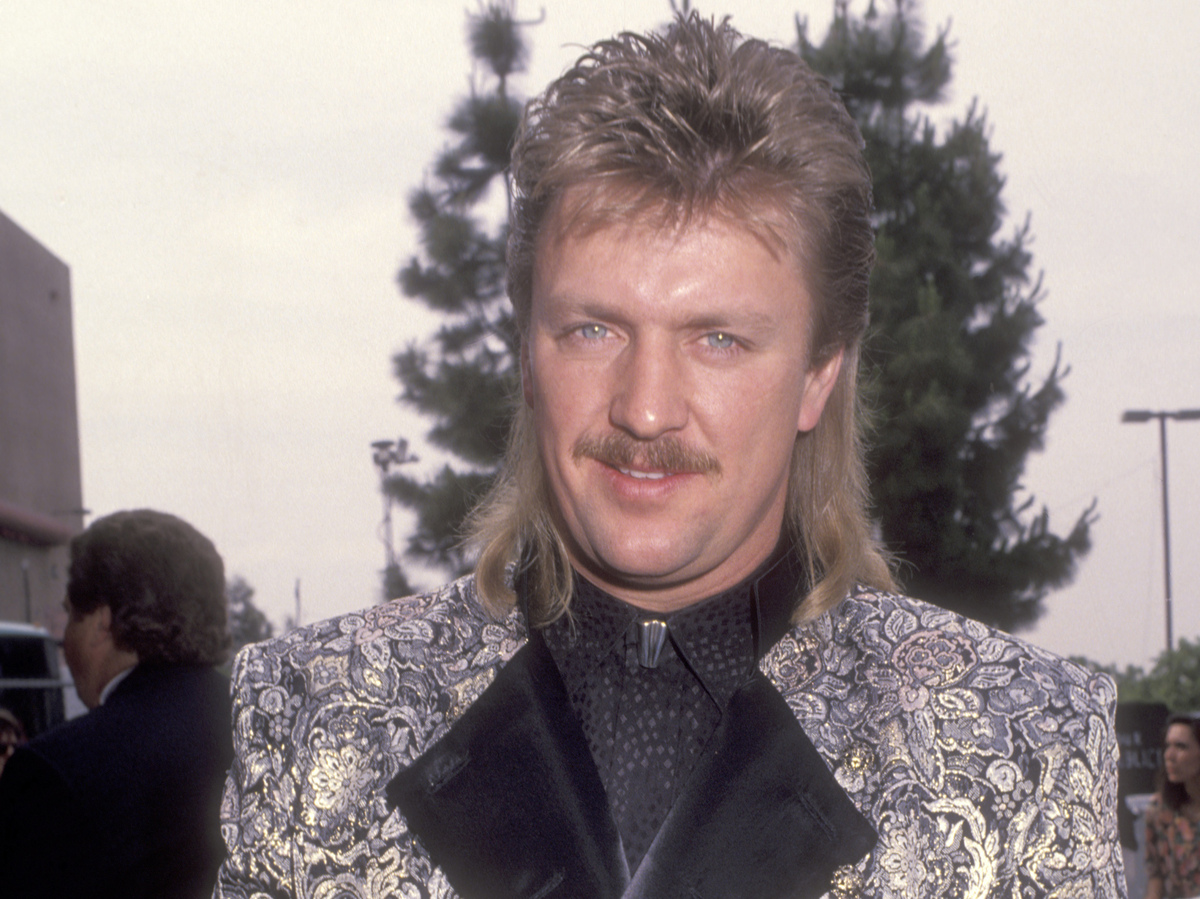 The arrival of the coronavirus to Nashville came early in March, but Joe Diffie's passing yesterday, at the age of 61 — just two days after releasing a statement about his diagnosis through his publicist — marked the first reported loss of a country star to coronavirus-related complications. An admired, early-'90s neotraditionalist, Diffie had a belated professional start but a quick breakthrough that came a few years into a wave of hard-country singers who favored naturalistic production.

Born Dec. 28 1958, Diffie attended school in tiny Velma, Okla., where he was introduced to the traditionalist mentality — of defining and defending a distinct sonic lineage — by his self-taught, banjo playing father. He recalled arguing with his dad about the permissibility of "Amos Moses," the country-funk story-song made famous by eventual Country Music Hall of Famer Jerry Reed in 1970, his old man insisting, "'You ain't playing that rock and roll in my house.' "

Diffie, though, did play in a rock band in his youth, and later, during a nine-year stretch working as a machinist at an iron foundry, in regionally touring gospel and bluegrass outfits. He also tried his hand at operating a small recording studio and began mailing original compositions to Nashville, where he headed in 1986 after he divorced his first wife and was laid off. Once there, Diffie busied himself with a warehouse job at Gibson Guitars before landing a publishing deal and gigs singing demos.

Diffie's recording career began in earnest in 1990, by which time he was in his 30s, and he generated high-charting singles right out of the gate. "I thought, 'Hey this is an easy business. Nothing to it,' " he joked with Charlie Mattos, a co-host of the WSM morning show Coffee, Country & Cody, in 2010.

Several early hits were ballads of dignified distress, including, "If You Want Me To," whose protagonist makes a stoic promise to honor the wishes of a lover he fears wants him gone; "Is It Cold In Here," a subtly self-pitying lament of domestic detachment; and "Ships That Don't Come In," a rueful salute to those who've experienced life-shattering loss or disappointment. Diffie delivered the songs with George Jones-schooled thoroughness, his curling, clenching and mellowing of notes creating emotional suspense. In the music video era, it didn't hurt Diffie's rising profile as an affable and bighearted everyman to have a recognizable look: a thatch of feathered hair, styled in a mullet for a good while, and a steadfast mustache. (His now-widow revealed on The Bobby Bones Show last year that she has a playful tattoo of those visual trademarks on her leg.)

Diffie made a deliberate turn toward more heartily rocking fare — or as he put it, "Honky Tonk Attitude" — from his third album on. The songs he became best known for — like "John Deere Green," "Pickup Man," "Third Rock From the Sun" and one that's been quoted affectionately and often since news spread of his death, "Prop Me Up Beside the Jukebox (If I Die)" — were danceable, jovially bluesy and winkingly down-home, and added plenty of young-adult listeners to his multigenerational audience.

By 1995, Diffie had scored more than a dozen Top 10 hits. Though the chart success dropped off after that, he continued to release major label albums through the end of the decade, later shifting to indies.

Two decades into his recording career, around the time when many country veterans felt the urge to embrace sturdy, time-tested forms that seemed more insulated from fleeting trends, Diffie returned to his bluegrass roots — "something I always wanted to be able to do," he said at the time. He cut a very fine, Appalachian-steeped contemporary bluegrass set, 2010's Homecoming, with a group of picking and harmony-singing virtuosos from that scene. But he remained willing to whip out his old crowd-pleasers, sometimes doing so on package tours alongside contemporaries like Sammy Kershaw, Aaron Tippin and Mark Chesnutt.

Not long after that, Diffie became one of the first '90s country stars to feel the impact of a resurgence of interest in the music of that era, when Jason Aldean released the novelty tune "1994," whose hook rhythmically repeated the elder singer's name in a style recalling a hip-hop hype man. Diffie made the tribute into a fan sing-along at his concerts, and used a mini-montage of current stars covering it as the intro of a video for his own little country-rap experiment with D-Thrash, the MC of a hick-hop group called Jawga Boyz.

Then there was "Raised On Country," Chris Young's 2019 hit that name-checked Diffie next to figures long viewed as country archetypes and towering legends: "I was raised on Merle / Raised on Willie / Got my honky-tonk attitude from Joe Diffie." A lighthearted line, but not without meaning.