Accessibility links
Tomie dePaola, Beloved Children's Author And Illustrator, Has Died The author and illustrator — who, by his own reckoning, worked on more than 270 titles — died Monday at age 85. Among his classics is the Caldecott winner Strega Nona, a seemingly ancient folk tale. 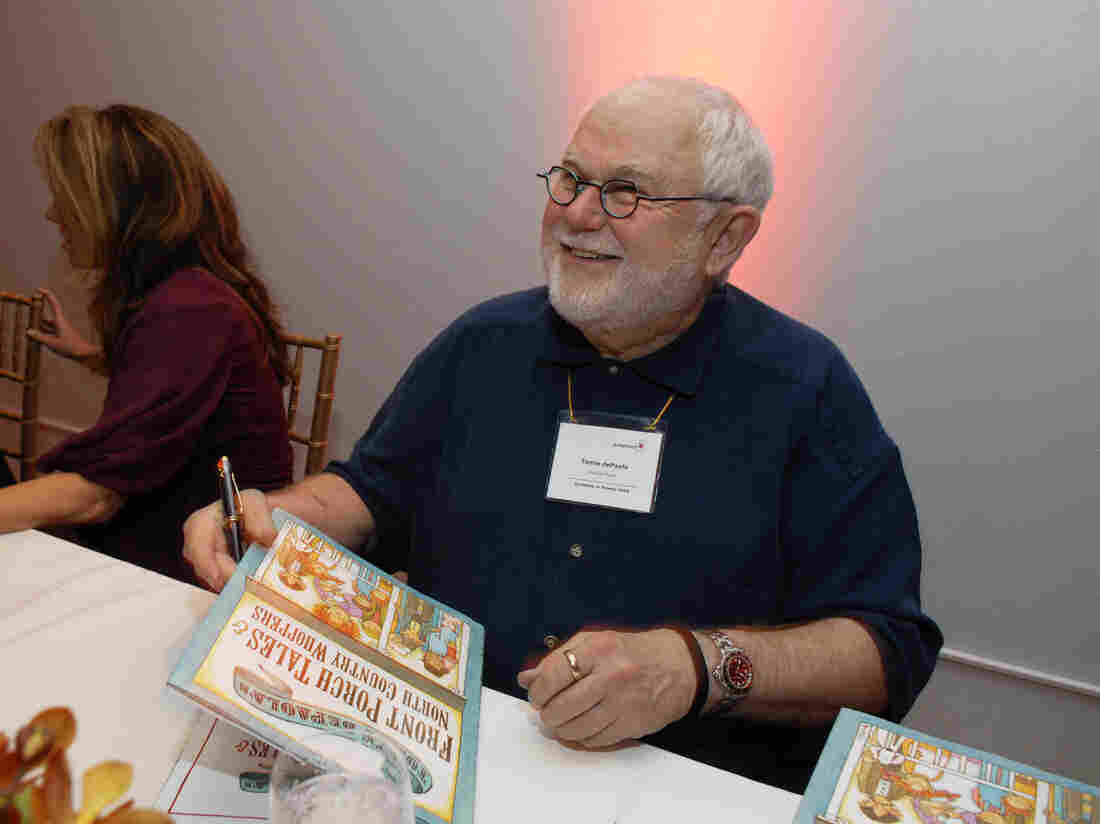 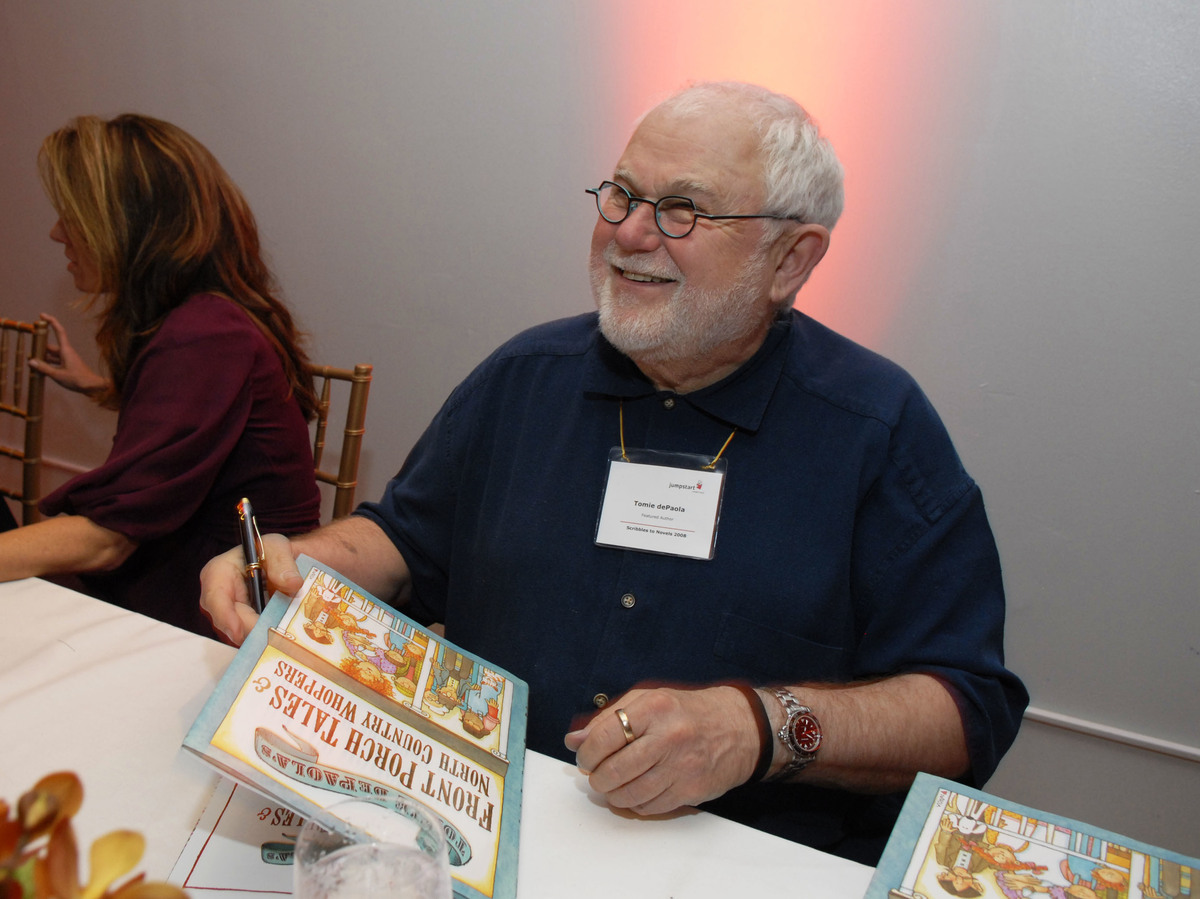 Author Tomie dePaola, at a book signing in New York City in 2008.

The beloved children's author and illustrator Tomie dePaola, whose imaginative and warm-hearted work crossed generations and continents, died Monday at age 85. His death was announced, without details, on social media by his assistant, Bob Hechtel.

The Associated Press has reported that he died at the Dartmouth-Hitchcock Medical Center in Lebanon, N.H., from complications from surgery that followed a bad fall last week.

DePaola's work stretched over many realms of his imagination, from a magical faux-folk tale centered on a kindly and crafty Calabrian grandmother — Strega Nona, which won the Caldecott Honor Award in 1976 — to retelling the inspiring Comanche story of The Legend of the Bluebonnet. In 2000, he won a Newbery Honor for his book 26 Fairmount Avenue, which was one of his more autobiographical projects that recounted his early childhood. By dePaola's own count, he worked on some 27o books, as the author, illustrator or both — the first in 1965, and the most recent published last year.

In 2011, he won a lifetime prize, the Children's Literature Legacy Award (which, until 2018, was called the Laura Ingalls Wilder Award), which hailed his "substantial and lasting contribution to literature for children." In all, nearly 25 million copies of his books have been sold around the world.

Born in Meriden, Conn., on Sept. 15, 1934, dePaola earned a BFA from the Pratt Institute in Brooklyn before earning higher degrees from the California College of Arts in Oakland and Lone Mountain College in San Francisco.

Along with his work as an author and illustrator, dePaola taught art and theater at various colleges in California, Massachusetts and New Hampshire. For many years, he made his home in New London, N.H.

In 1998, dePaola told All Things Considered that he hoped to recognize children for all their capabilities. "As a grownup," he said, "I want to give children the credit for everything I can: their courage, their humor, their love, their creative abilities, their abilities to be fair, their abilities to be unfair. But I do wish that we grownups would give children lots of credit for these ephemeral kind of qualities that they have."