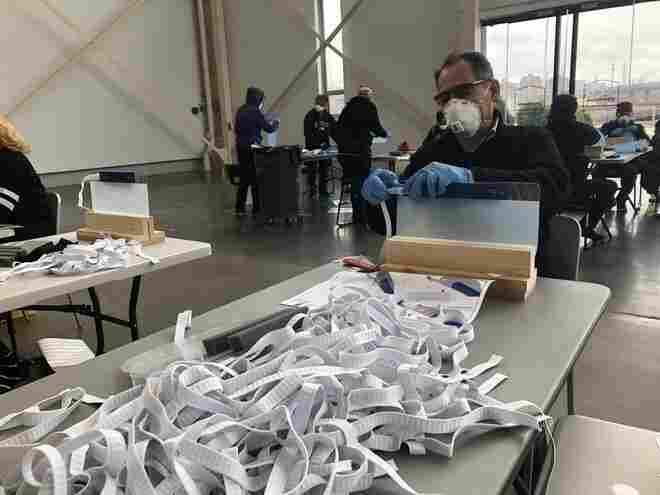 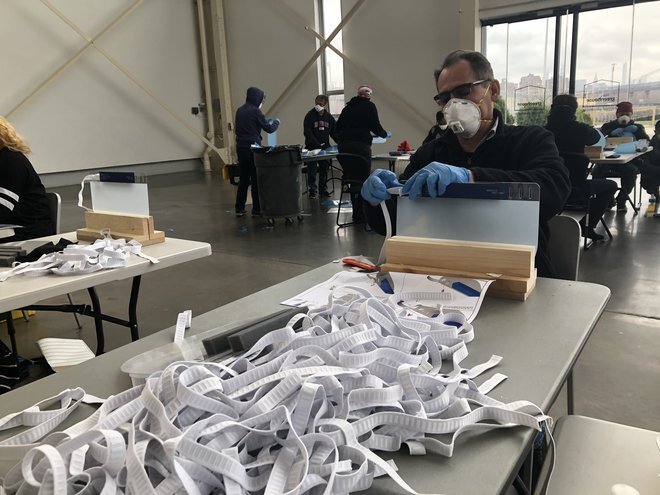 Within 72 hours over a recent weekend, Michael Bednark flipped his entire business located in Brooklyn's Navy Yard, from one that builds large custom installations for companies such as Google and Heineken to one that mass produces a single item: Face shields for frontline medical workers.

"They need hundreds of thousands of face masks, what can we do?" Bednark said, in a recent interview on his factory floor, using personal protective gear and proper social distancing.

New York City put out a clarion call to local manufacturers and reached out to leadership at the Brooklyn Navy Yard two weeks ago. On March 20, Bednark started workshopping ideas; they had a prototype by March 21. He met with the city's health department on March 22, followed by edits to the design throughout the day, and by 9 p.m. that night, the city had ordered 120,000 face shields.

How New Yorkers Are Stepping Up To Take On Coronavirus Challenges

How New Yorkers Are Stepping Up To Take On Coronavirus Challenges

"Basically all it is is a piece of clear plastic, a piece of foam, and a piece of elastic," he said. "Three pieces you can assemble and cut it in under four minutes."

The shields are used over masks to protect health care workers' eyes and face. Now after rapidly sourcing the raw materials — foam from a company in Williamsburg, Brooklyn, and elastic from all over the city and country — production is up and running.

Behind Bednark, workers are shearing giant sheets of plastic down to size.

"Time is of the essence, so we're trying to cut as many shields as we can per day," he said. Bednark declined to say how much the contract with the city was worth, and the city didn't immediately provide the amount. Bednark aimed to make 18,000 face shields a day and deliver 50,000 to the city by March 28. Midway through the first day of production, they'd made 6,000 shields, he said.

"This is our first attempt at an assembly line, so those are pretty good numbers," he said.

Several other businesses in the Navy Yard have also switched their operations to help the city. Kings County Distillery and perfume company D.S. & Durga have switched operations to produce hand sanitizer. Kingbridge, a tailoring business, has started sewing face masks. Of course, it's not just confined to the Navy Yard; the city's Economic Development Corporation has fielded more than 500 offers from different companies offering to help, as the city struggles to rapidly increase supplies of surgical masks, gowns, and ventilators to help care for a surge in patients sick with COVID-19.

As city and state leaders liken the current public health crisis to a war, what's happening at the Brooklyn Navy Yard is a bit reminiscent of World War II, when the thousands of workers here were mobilized to support the nation's efforts, earning it the nickname the "Can Do" Yard.

"They made some of the largest, most impressive aircraft carriers in a very short amount of time. They built a 16-story skyscraper in just six months. Basically whatever the challenge was they rose to it," said Johanna Greenbaum, the chief development officer at the Brooklyn Navy Yard. "Today you're seeing Yard businesses mobilize in much that same way to respond to the coronavirus. They're banding together various companies within the yard company to help New Yorkers at this moment." 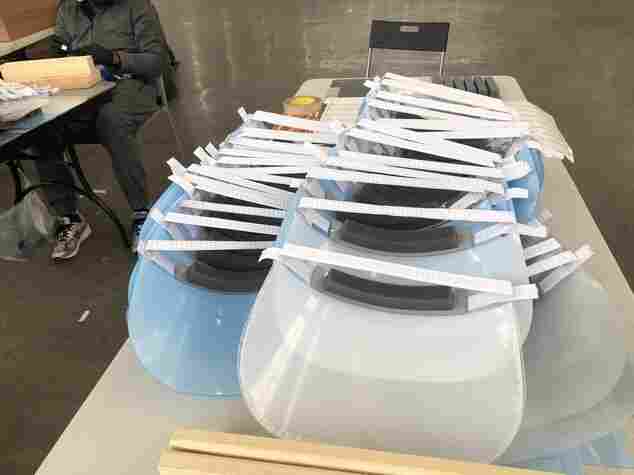 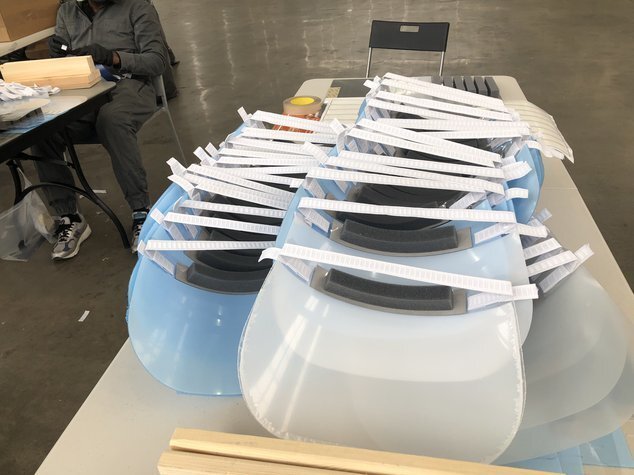 Just a five-minute walk away from Bednark's main facility is a large event space operated by Duggal Visuals, a design and production company, that has been repurposed as a factory floor, with stunning views of the East River. Some of the Duggal's furloughed workers have been rehired to help put together face shields, as well as other recently laid off employees from the Navy Yard and across the city. Everyone's temperatures are taken at the door, and inside, some 150 employees, earning $18 an hour, wear respirators and plastic gloves as they attach strips of foam and elastic to the face shields.

The finished shields are then boxed and stacked up along walls. One worker, 32-year-old Ernesto Howard, was recently laid off from a music studio, when the state ordered all nonessential business to close.

"It feels great we're helping because it's a tough situation and everyone just has to step up," he said.

Mike Barra, a 51-year-old Staten Island resident, said he was just furloughed from his job at Duggal Visuals, and wasn't sure what he'd do.

"I wondered to myself honestly, my family's home, my wife has asthma so I gotta be super careful. But I felt like I should be here," Barra said. "It's good to be doing things that help others who help."

This story originally appeared in Gothamist.com.