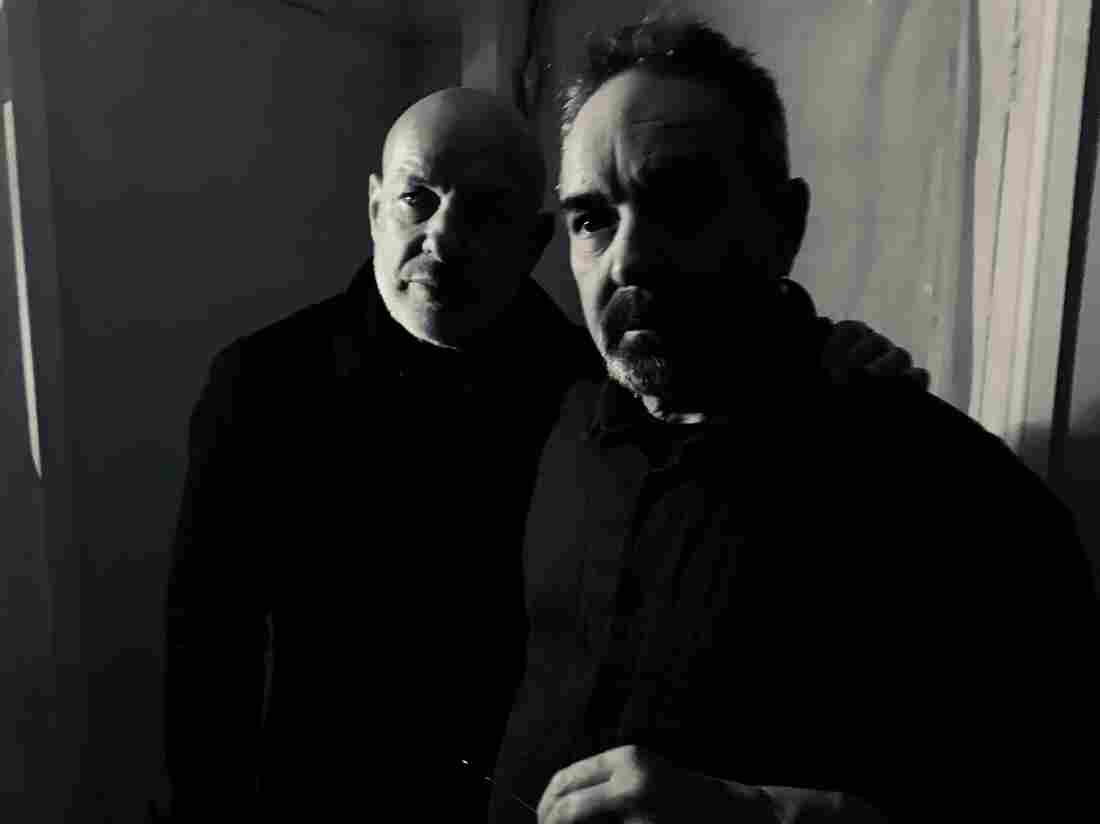 Mixing Colours is Roger and Brian Eno's first release as a duo. Bee Eno and Mary Evers/Courtesy of the artist hide caption

toggle caption
Bee Eno and Mary Evers/Courtesy of the artist

The brothers are both keyboardists and composers with an interest in musical technology, but Mixing Colours is their first release as a duo. Starting in 2005, they began a low-key and private collaboration via email: Roger sent files of his tunes to Brian, who would then add atmospheres. Eventually, they decided to share some of those songs as Mixing Colours.

The brothers Eno have explored these waters separately for decades. Brian Eno, who is older, is revered as a producer and conceptualist. In the liner notes for his groundbreaking 1978 work Music For Airports, he wrote that his goal was to create music that would "induce calm and a space to think." That's exactly what's up here on these 18 short pieces named for different colors.

Roger, the younger of the two, has recorded spare, ambient keyboard albums of his own, and has contributed to the soundtracks of Dune and Trainspotting, among other films. The melodies he wrote for this project invite and encourage contemplation. Some of them feel like they wandered in from a less hectic century; there are traces of Schubert's late piano music, and the miniatures of Erik Satie.

With their open expanses and celestial synthesizer textures, these pieces might typically be dismissed as fancy spa music, but they've taken on a different resonance this week. For me, they've offered a kind of sanctuary, a steadying sound in the age of social distance, soothing and transfixing at the same time.