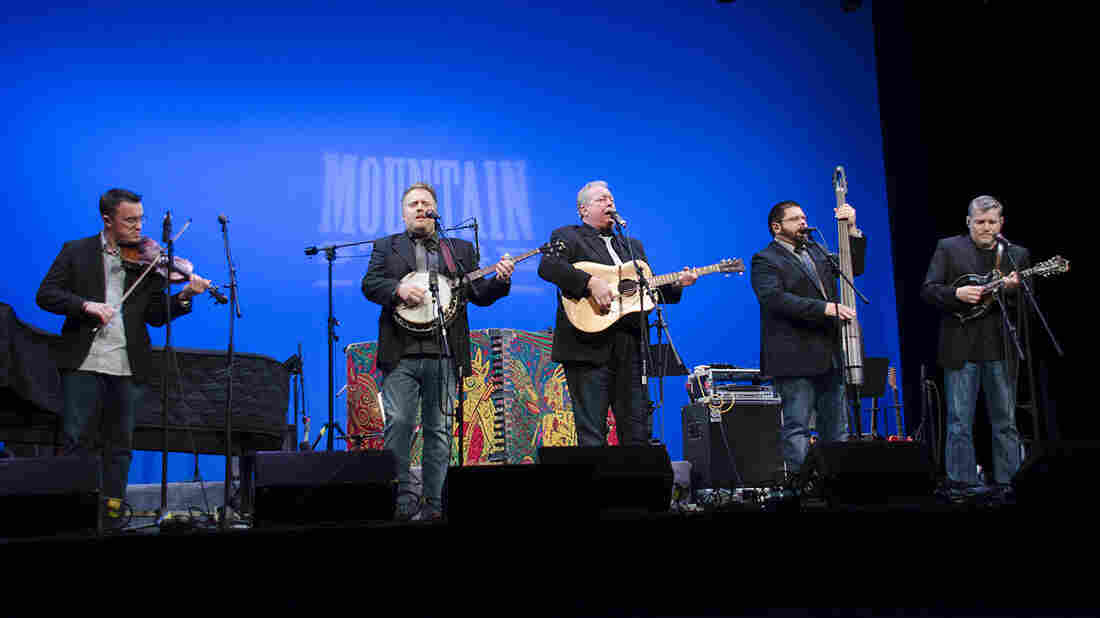 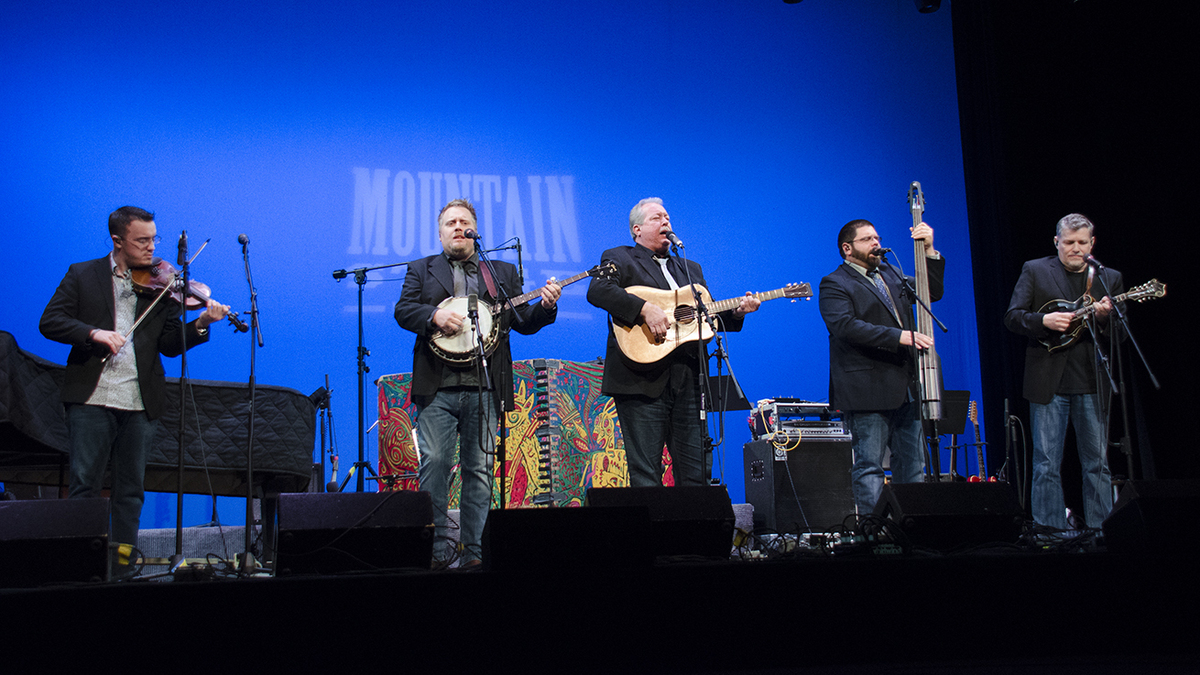 Russell Moore and IIIrd Tyme Out on Mountain Stage.

Russell Moore and IIIrd Tyme Out, one of bluegrass music's most decorated bands, stopped by Mountain Stage in Charleston, W.Va., with guest host Kathy Mattea in February. "Their vocals are guaranteed to raise the hair on the back of your neck," Mattea said while introducing the group.

Fresh off of dates in Prague, the five-man traditional bluegrass band quickly showed off its calling card, the once-in-a-generation bluegrass/country voice of Texas native Russell Moore. He put a Dust Bowl-level of hurt on a pair of prison songs, "Brown County Red," and "Hard Rock Mountain Prison ('Til I Die)," before delivering a nod of respect to country music's first family with the Carters' "Are You Tired of Me, My Darling?"

Moore, who just picked up his record 11th male vocalist of the year award from the Society for the Preservation of Bluegrass Music in early February, said it was an honor to be there and let folks "get an idea of what we do day in and day out."

Showcasing polished quartet harmonies, the band gathered around one microphone for the gospel number "Little Black Train," before a misty mountain hop to the isles with the Gary Scruggs ballad, "The Lowlands," a home-plowed Celtic song replete with Moore's ample vocals, a slow rolling banjo and a searing fiddle break from Nathan Aldridge.

After the foot-stomping "Sugarfoot Rag," Moore and the band bore down on their signature ballad, the Carl Jackson-penned "Erase The Miles," then "John and Mary." With the crowd on its feet, Moore and the band loaded up the sing-a-long West Virginia anthem, "Take Me Home, Country Roads." Moore's soul-filled, seamless and soaring range elevated "Country Roads" back to the mountaintop of its full glory. Leaving the crowd members, just as Mattea foretold, with raised hair on the back of their necks.