Accessibility links
Justice Department Looking Into Senator's Stock Sell-Off Senate Intelligence Committee Chairman Richard Burr sold off a large amount of stocks before the coronavirus market crash. The FBI will assess whether he was motivated by nonpublic information. 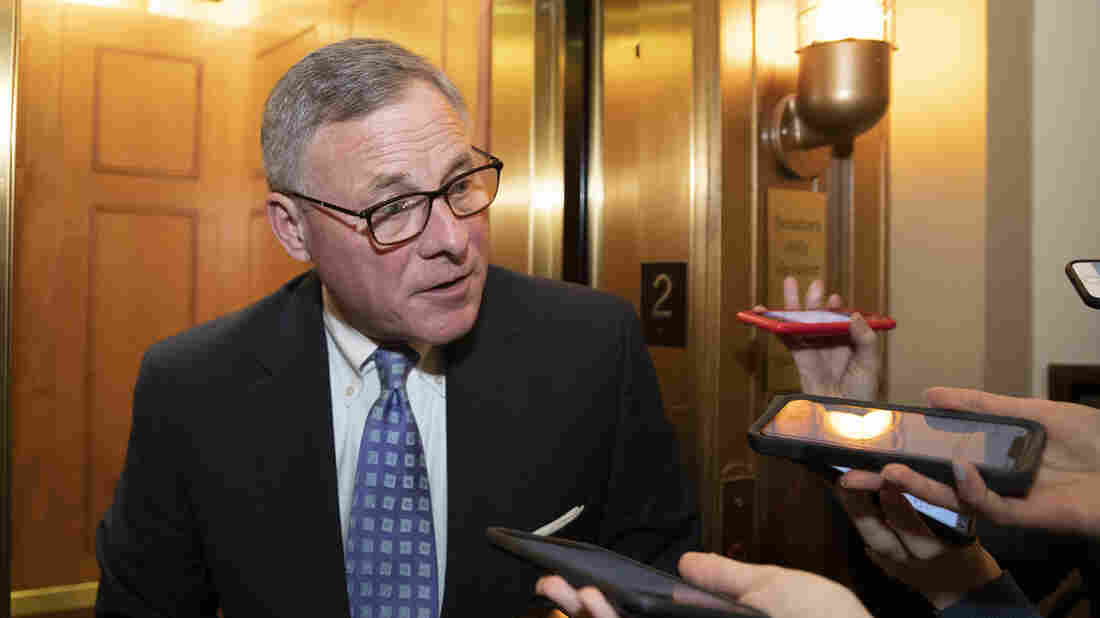 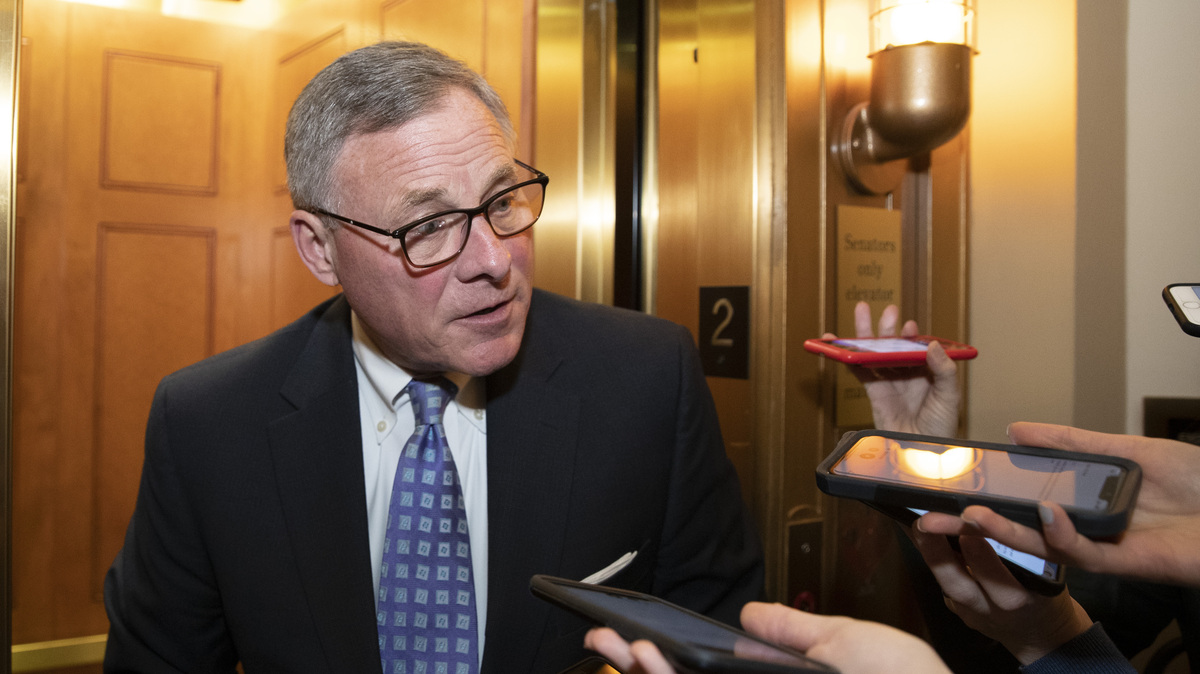 Sen. Richard Burr, R-N.C., speaks with reporters at the Capitol in February.

Senate Intelligence Committee Chairman Richard Burr sold off a large amount of stocks before the coronavirus market crash, and now the Justice Department is looking into his statements around this time period, NPR can report.

Media outlets including CNN, The Wall Street Journal and The Associated Press have also reported that the FBI has reached out to Burr to assess whether he made stock sales based on nonpublic information.

NPR first broke news of a secret recording in which Burr, R-N.C., privately warned well-connected constituents in February about how bad the coronavirus crisis would become.

ProPublica then reported that the senator dumped up to $1.7 million in stocks, while assuring the public that the U.S. was well positioned to withstand a pandemic.

An insider trading investigation hinges on whether a person made stock transactions based on relevant private information.

As chairman of the Intelligence Committee and a member of the Health, Education, Labor and Pensions Committee, Burr may have received private information about the coming pandemic.

"Was [that information] something that you and I, if we were shareholders of that company, would have reasonably expected it to be considered significant at the time?" said Doug Davison, a former Securities and Exchange Commission enforcement lawyer, laying out a key question that investigators would have. "The investigation needs to be surgical in the sense that you need to really focus like a laser on what information was provided to the Congress folks. Was it material? Was it nonpublic?"

Burr's stock transactions — 33 on a single day: Feb. 13 — present a unique challenge for investigators because he is a member of Congress.

First, as chair of the Intelligence Committee, the senator may have been privy to classified information, which complicates an investigation.

Second, as a senator, Burr may be able to cite the Speech or Debate Clause of the Constitution, which gives lawmakers protections related to their official duties.

"It's a provision in the Constitution that is designed to give members of Congress freedom to debate, deliberate, to speak without fear of intimidation or threats from the executive branch," said Katie Goldstein, who formerly headed up the investigations into securities fraud in the U.S. Attorney's Office for the Southern District of New York. "There could potentially be litigation over ... briefing materials that may have been provided to senators or congressmen. If it was provided for the purpose of their committee work or introducing legislation, you could see litigation being raised as a shield [from] having to produce those kinds of materials."

Third, insider trading investigations typically center on a single company and specific information. The information Burr received may have been about general economic concerns, and his sell-off involved a broad unloading of stocks across numerous economic sectors.

"It's not prohibitive in terms of making a case, but it certainly is harder when it is generalized information like that," said Joon Kim, the former acting U.S. attorney for the Southern District of New York.

But Kim added that these types of challenges are generally not the main focus of investigators.

"The DOJ and SEC don't go into investigations saying, 'Oh, this is ... going to be challenging, so let's not do it,' " Kim told NPR. "You go in saying, 'Is there something here that deserves investigation?' ... It seems like they have concluded that it does deserve investigation."

And Goldstein explained that there are ways investigators could handle issues like classified information or the Speech or Debate Clause: by finding information that showed a subject's state of mind when that person made stock transactions, such as "an email that someone sends to someone else or a text message or a phone call that ... someone has with a third party like their broker or a friend. ... With a court order or by finding the right person to interview, the government can get their hands on [that information]."

Burr has previously said he made all of his trading decisions based on public information he learned from watching CNBC.

"The law is clear that any American — including a Senator — may participate in the stock market based on public information, as Senator Burr did," Burr's lawyer, Alice Fisher, emphasized in a statement. "Senator Burr welcomes a thorough review of the facts in this matter, which will establish that his actions were appropriate."

Burr has also asked for the Senate Ethics Committee to investigate his conduct. That secretive committee did not respond to an NPR inquiry.

Both the Securities and Exchange Commission and the Justice Department declined to comment.