Accessibility links
Play It Forward: Caribou On 'Suddenly' And The Influence Of Glenn Copeland In the inaugural segment of Play It Forward, Ari Shapiro speaks with Dan Snaith, who records under the name Caribou, about his new album Suddenly and the inspiration he found in Glenn Copeland. 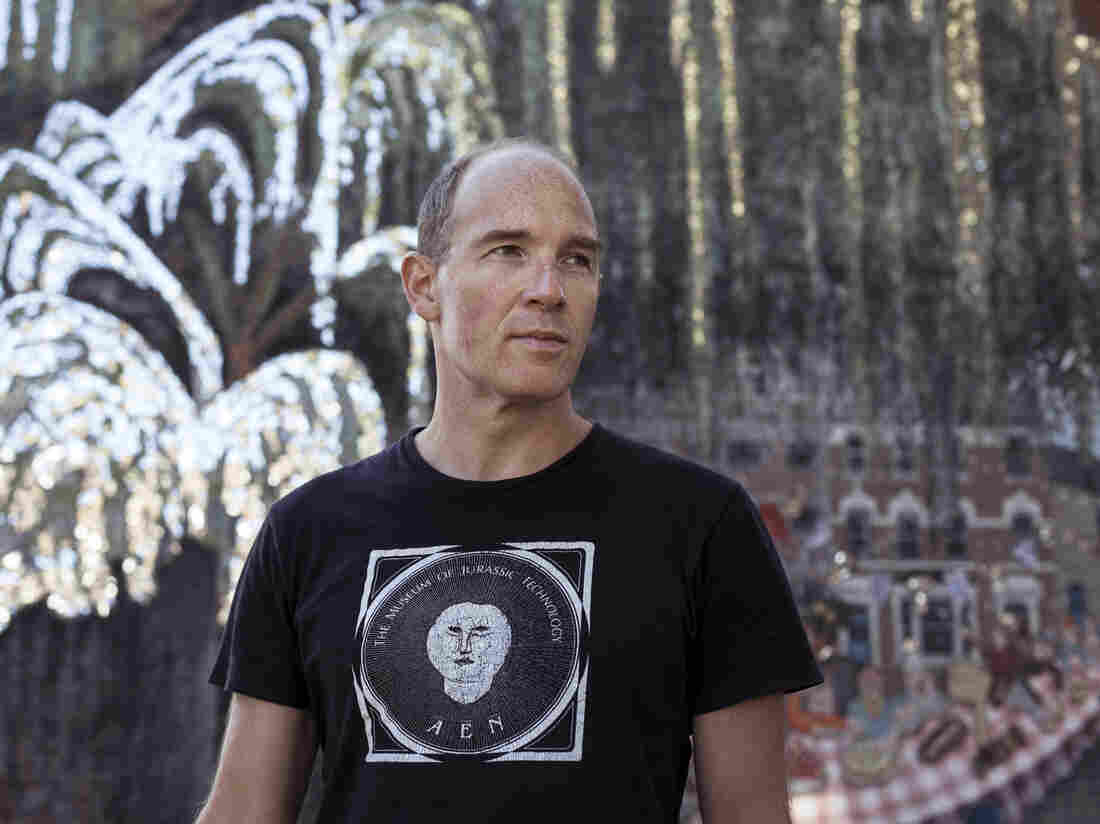 In the first installment of Play It Forward producer and composer Dan Snaith, who records as Caribou, speaks about how he was inspired by the long-overlooked electronic innovator Glenn Copeland. Thomas Neukum/Courtesy of the artist hide caption 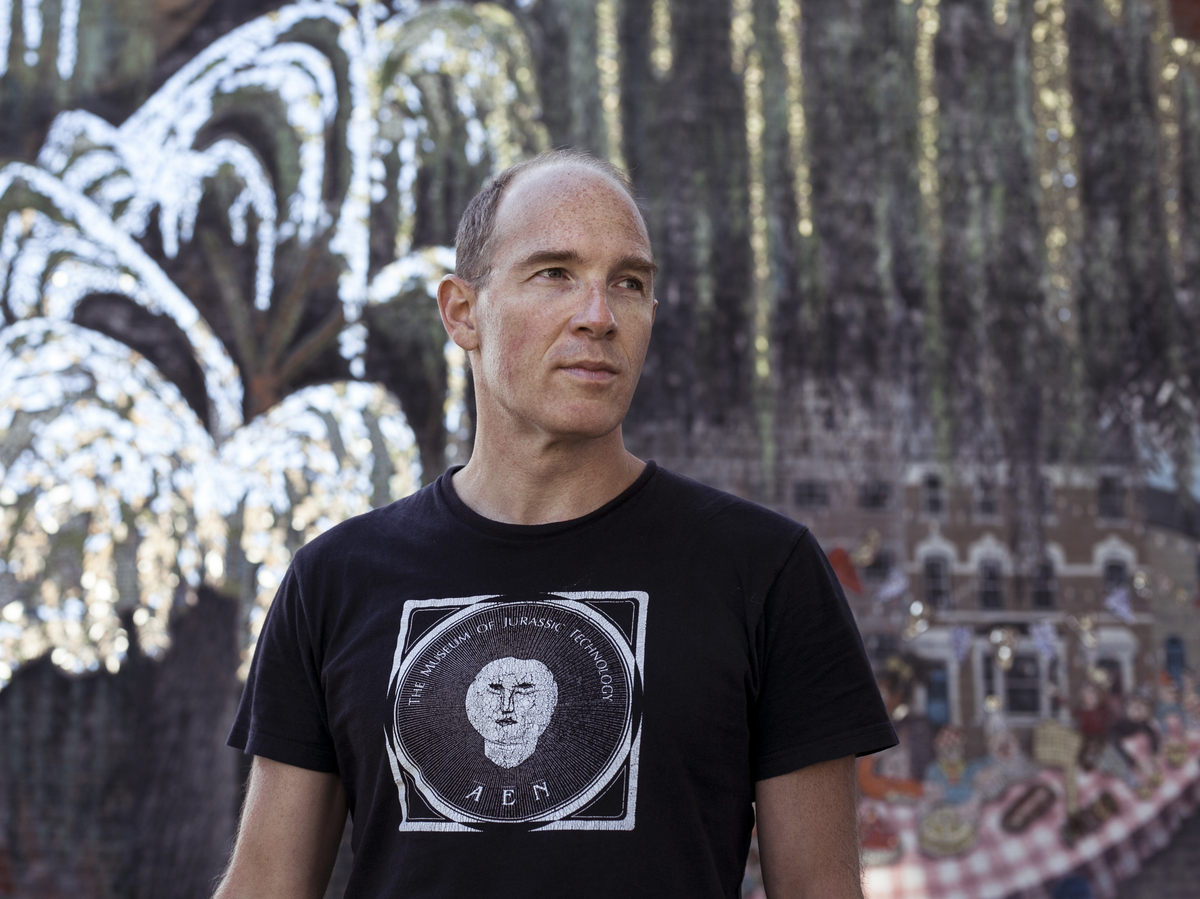 In the first installment of Play It Forward producer and composer Dan Snaith, who records as Caribou, speaks about how he was inspired by the long-overlooked electronic innovator Glenn Copeland.

Thomas Neukum/Courtesy of the artist

"Home," the first single from Caribou's latest album Suddenly, has taken on an unexpected meaning. As millions of Americans sit under self-quarantine at home and may be reaching for music as a form of solace, you could hear the refrain — "I'm home" — as either a cry or a reassurance.

Caribou, the stage name for Canadian songwriter and producer Dan Snaith, is the first artist in our new series Play It Forward, in which musicians express appreciation for each other and introduce us to the music that they reach for when they're in need. I wanted to start the chain with Caribou because he's a musical wanderer, picking up shiny things he finds in his path and weaving them into the fabric he creates, and his music lowers my blood pressure.

Caribou's choice to begin the chain of gratitude was Glenn Copeland, a pioneering electronic artist, composer and transgender activist whose long overlooked recordings provided much of the inspiration for Suddenly.

"Listening to Glenn's music, I heard a way of taking things that are difficult and making something positive and affirming and reassuring and comforting out of them," he says. "And that's what I tried to find in the music that I made."

Listen to the radio version in the audio link above and read on for highlights of the interview.

On using his own vocals more than ever before on Suddenly

This is a first: that my voice is prominently there and it's singing a real lyric, a real vocal on every track. I think that's a first for me. Still my worst nightmare is karaoke or singing in front of people that I don't know. There's definitely people who say, you know, "He's not got the best voice." I would agree with them on that. The feedback I've gotten about the way I've used my voice and the frailty and imperfections in it has been really reassuring, and that's what's given me the confidence to use it more and more as time passed.

On his choice for Play It Forward: Glenn Copeland

He's someone that I talk about any chance that I can and somebody who had a huge influence not only on this album, but also just in my life over the last five or six years. I came across his music first on YouTube, a track called "Ever New." He made this album called Keyboard Fantasies which is just so wonderful, so beautiful, such an enveloping, warm, comforting piece of music — which was exactly what I needed in my life in that time but also reflected exactly what I wanted to be doing with the music that I made. It was kind of this guiding light as to "Music can do this, and this is how it can do it." It is captivating, so packed with emotion, so beautiful.

There's something elemental about it. And the story with that album is that Glenn recorded it himself, made about 50 copies of them, sold about 10; the other 40 sat in a cupboard somewhere for 30 years — whatever it is — then were bought by a Japanese record collector. Then the word started to spread; somebody uploaded it to YouTube. But really, truly [it was] a lost gem. It wasn't like "Oh, people 'in the know' know about this album." No, really nobody knew about this album for a long, long time.

On the influence of Copeland's positive outlook on Suddenly

I think the last five or six years of my life while I've been making this, [there] have been these moments where the shift in the narrative in my life has happened in an instant. It needed to be in the music that I was making, and so listening to Glenn's music and particularly that track, I heard a way of taking things that are difficult and making something positive and affirming and reassuring and comforting out of them. And that's what I tried to find in the music that I made.

I'd just like to say "Thank you." His music has meant so much to me, and so much to so many people that I've talked to. You get to meet a lot of people that are meaningful to you as musicians, and I've never met anybody who still has such a limitless positivity and optimism and is so enthusiastic about the possibility of youth and what music can do to change the world. It was really, really inspiring to meet him and to hear his music and to just be deeply affected by it.

NPR's Mano Sundaresan and Sami Yenigun produced and edited the audio of this interview. Cyrena Touros and editorial intern Jon Lewis adapted it for the Web.