Accessibility links
Want To Hear A Frank, Funny 'Muslim Love Story'? 'That Can Be Arranged' In her graphic memoir, cartoonist Huda Fahmy explains how her parents played a role in her romantic relationships. She hopes her book is representation "for people who want to find love in this way." 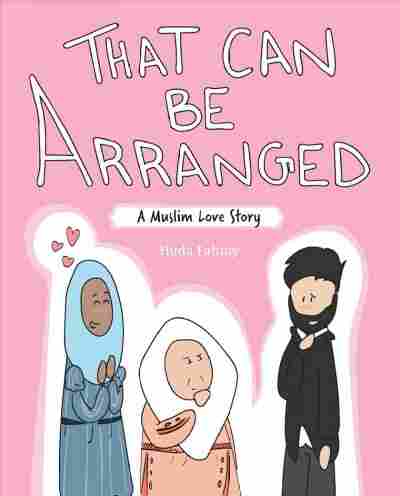 That Can Be Arranged

In her new graphic memoir That Can Be Arranged, cartoonist Huda Fahmy recounts how she met and married her husband. The subtitle is A Muslim Love Story — and Fahmy says it's exactly that.

Fahmy's Muslim American; her mother is Syrian and her father is Egyptian. She receives relentless questions about her traditional clothing and, as she explains in her new book, her parents weighed heavily into her relationship decisions — screening suitors and chaperoning dates.

This book, she says, is representation "for people who want to find love in this way." They should know "that it's OK."

Fahmy chronicles her experience as an observant, Muslim American woman in the Instagram comic strip Yes, I'm Hot in This.

Auntie culture is just the women who are usually at the at the mosque or the Masjid who are always in your business. ... They're always looking out for somebody to marry their son. Or maybe they have family members overseas who they're looking to find a bride for. And so they're always on you ... when you become of age.

The first thing that they'll ask you is, 'So what are you studying? And how long do you have until you're finished? And do you know how to cook?' It's just like an interrogation that you never signed up for.

And, you know, they mean well, I mean, these are the women that you've kind of grown up with — have become your second moms — but it's just overbearing. 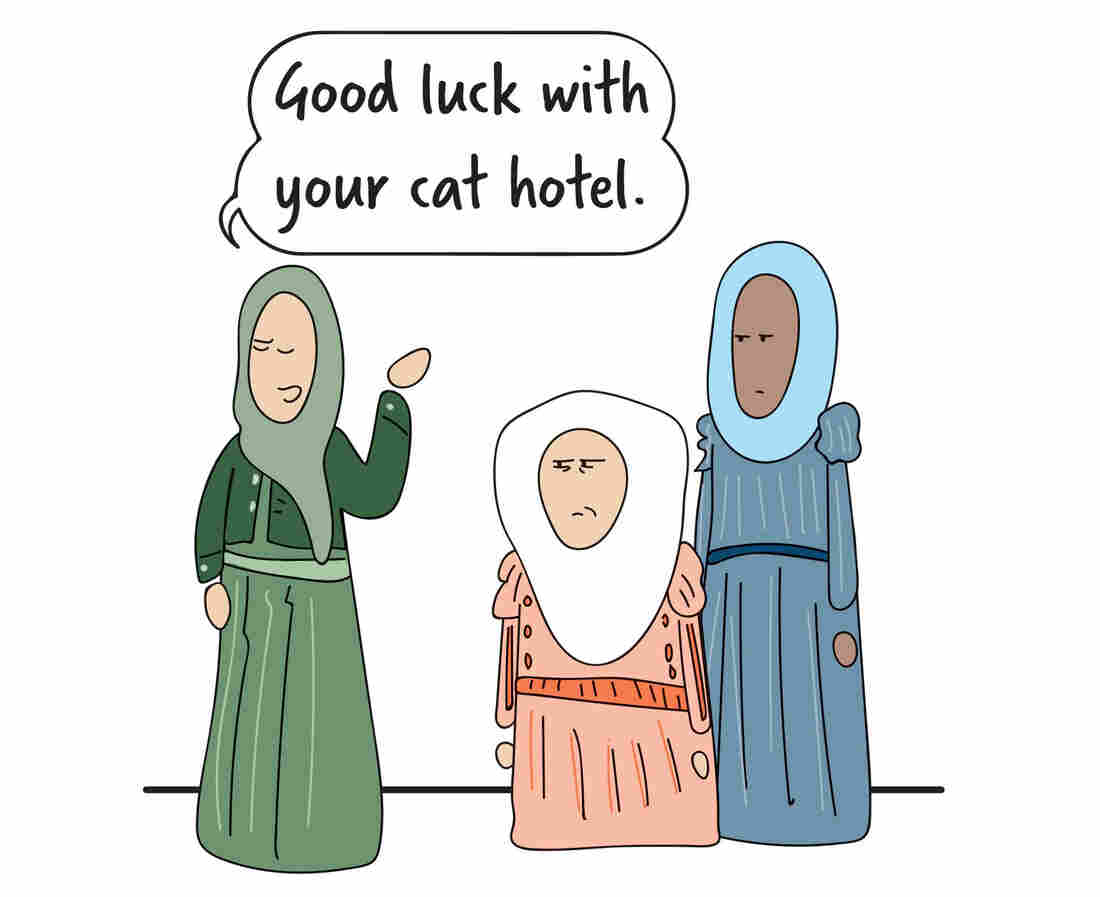 "It is a truth universally acknowledged, that a single woman of 25 will probably never get married. Well ... that was the truth in my community anyway." Andrews McMeel Publishing hide caption

So the whole point of it really was ... further educating myself on the religion and understanding it and finding ... my place here ... as an American, as a Muslim. ...

It was a week-long thing and I'd never done something like that before. I flew down to Houston and it was like, I'm not going to come here to look for a guy. I'm not going to come here to scope anybody out. I'm just here to learn. I'm here for education ... but in the back, my head was like, maybe, who knows? ... and actually that's where I ended up meeting my husband.

On falling for her husband from afar

I just thought: Wow, that's a good-looking man ... Just the fact that he was there [at the conference] kind of already told me that ... our beliefs are aligned. Yeah, and so just all week, I kind of was like focusing on my studies. But in the back in my head, I would see him or glimpse him. 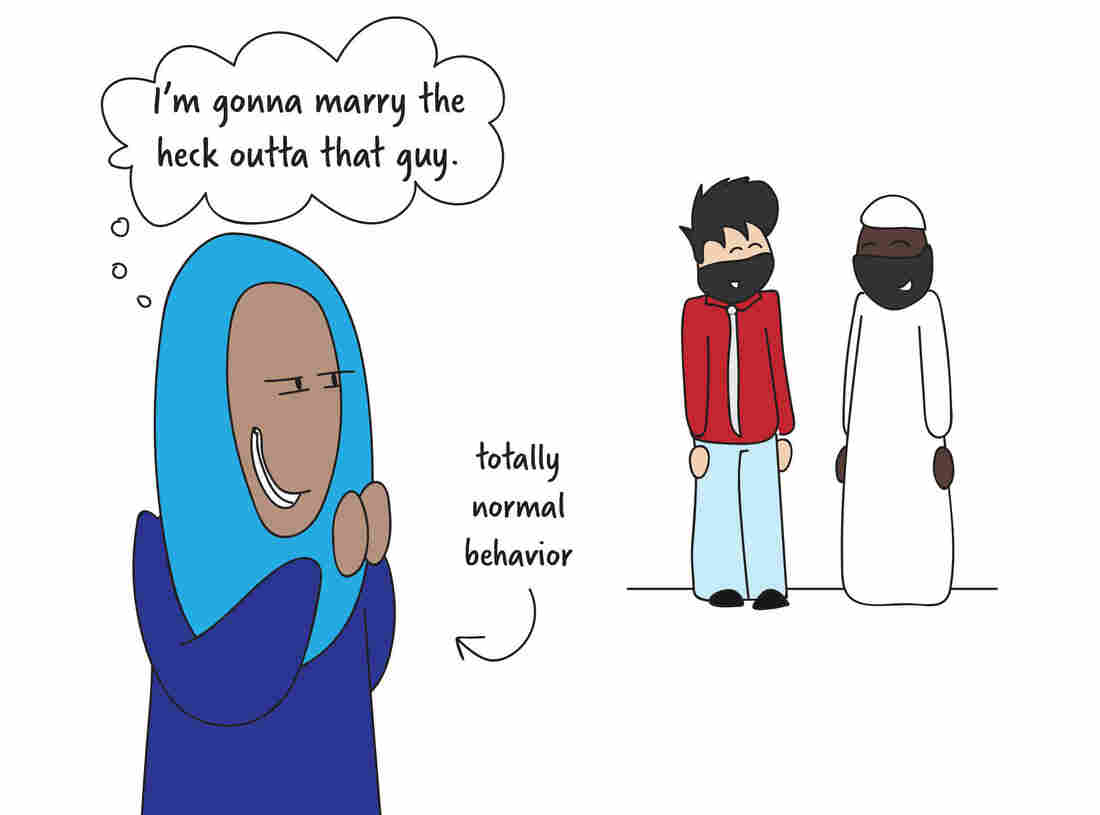 "I wouldn't say I was head over heels. I mean, I barely knew the guy. But, somehow, I had this feeling that he was going to be the one. Or at least I really, really hoped he was." Andrews McMeel Publishing hide caption 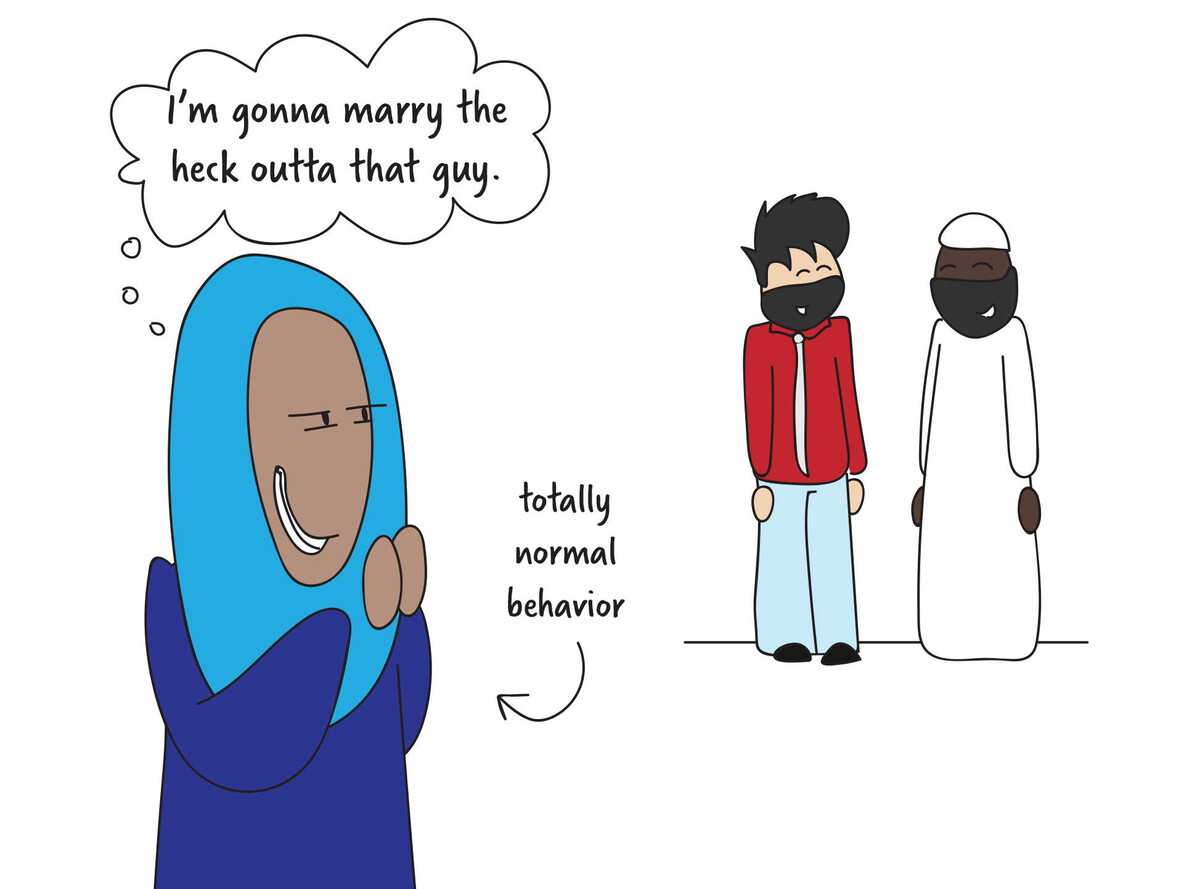 "I wouldn't say I was head over heels. I mean, I barely knew the guy. But, somehow, I had this feeling that he was going to be the one. Or at least I really, really hoped he was."

And he was OK with it, and he flew up to Michigan. And so that was the first time that we actually saw each other. And like as soon as we saw each other, I was like: That's it — this is the guy. I'm going to marry him. And he hadn't even opened his mouth. We hadn't even spoken yet. It really was ... just like, I could sense that I could feel it. I knew it.

Ziad Buchh and Reena Advani produced and edited this interview for broadcast. Beth Novey adpated it for the Web.