Accessibility links
Funeral Gatherings Go Online In The Age Of The Coronavirus With limits on social gatherings, Americans have to mourn their dead through online memorials and virtual funerals. 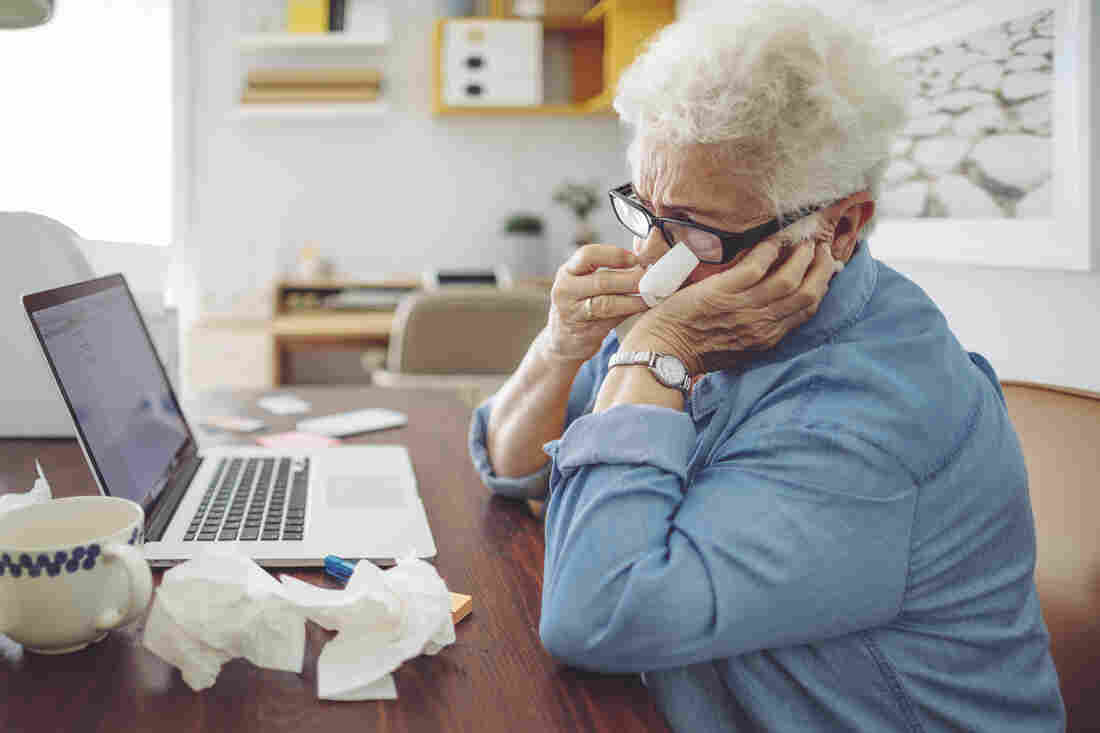 Online video conferencing is just one way mourning families are learning to cope and connect at a time when large funeral gatherings are strongly discouraged because of social distancing guidelines. Eva-Katalin/Getty Images hide caption 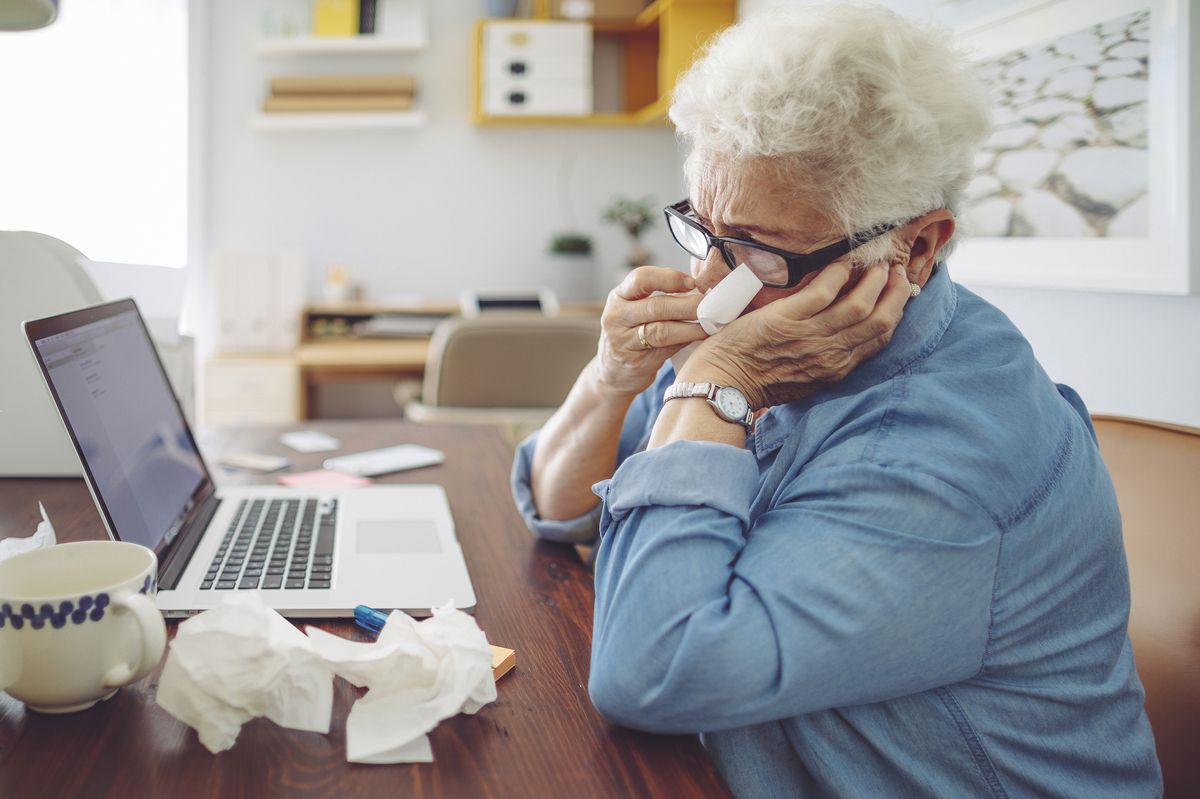 Online video conferencing is just one way mourning families are learning to cope and connect at a time when large funeral gatherings are strongly discouraged because of social distancing guidelines.

Over the last month, Richard Frieson has lost two sisters to COVID-19. In normal times, Frieson's large family would have gathered in Chicago, where his sisters lived, to sing, pray, hug and mourn.

But in this time of a nationwide pandemic, the Friesons had to make do with a very different gathering.

"Today we are doing a big Zoom call," he said Sunday, referring to the video conferencing application that has become so popular recently. "It's just nice to see them, and I'm glad we have this technology where we can actually look at each other."

Online video conferencing is just one way mourning families are learning to cope and connect at a time when large funeral gatherings are strongly discouraged because of social distancing guidelines.

But even those who do try to hold traditional funerals are finding a changed landscape.

"Some cemeteries are trying to limit the number of people who can attend a graveside service and keep those numbers small," says Bob Achermann, who heads the California Funeral Directors Association. "This is to protect the family and the funeral staff, who are obviously exposed as well.

But even working with these smaller groups of mourners, Achermann says, his staff has to remind them to avoid doing things like hugging — at a funeral.

"It's a real challenge," he says. "It's a time when people want to show that affection and emotion with their family members and [refraining from hugs] is not something you intuitively think about."

On top of that, he says, there are new guidelines around touching the casket and the deceased.

Funeral Homes Change Their Practices In Response To Coronavirus March 20, 2020

"The CDC has advised that there is not a chance of transmission of COVID from the deceased, but our members are encouraging people to keep social distancing with the remains and the casket as well," he says. "In normal times it is not unusual for people to want to touch the deceased one last time, but those kinds of things are discouraged and people are being advised to keep their distance."

His company has seen a jump in the number of funeral homes using and requesting the service, Montgomery says, "but also the amount of people watching those livestreams, I would say, has easily doubled if not tripled."

"We've seen services where you have the spouse of the decedent and maybe a close friend or two or three in this large chapel," Montgomery says. "But then there are 80 people watching online. So they're there, they're just not there physically."

Minister Eileen Wiviott of the Unitarian Church of Evanston outside Chicago recently lost John LaPlante, a member of her church, to COVID-19. She dedicated that week's online church service to him but then had an afternoon Zoom meeting with anyone who wanted to participate.

"And 90 people showed up," she says, noting that it turned into an unplanned memorial. "And that included people from his work life who talked about their memories of him and how he had been a mentor to them."

The Choices Listeners Are Making During The Time Of Social Distancing

The Choices Listeners Are Making During The Time Of Social Distancing

Just as Wiviott has seen in live memorial services, there were some participants online who didn't feel comfortable talking in front of the group. But here they had another option.

"People were able to type into the chat some of their thoughts and comments," she says. "And that was meaningful as well for them to be able to share their memories and experiences with John."

Like many families, the Friesons are delaying their memorials for their sisters, but Richard Frieson says they fully expect to be able to hug and sing together again.

"Oh yes, we will definitely sing again," he says. But until then, "We'll just do the best we can."