Accessibility links
Fact Check: National Quarantine Likely Not Legal President Trump floated ordering a quarantine in the Northeast, and there are calls for a national stay-at-home order. But the president's powers are limited. 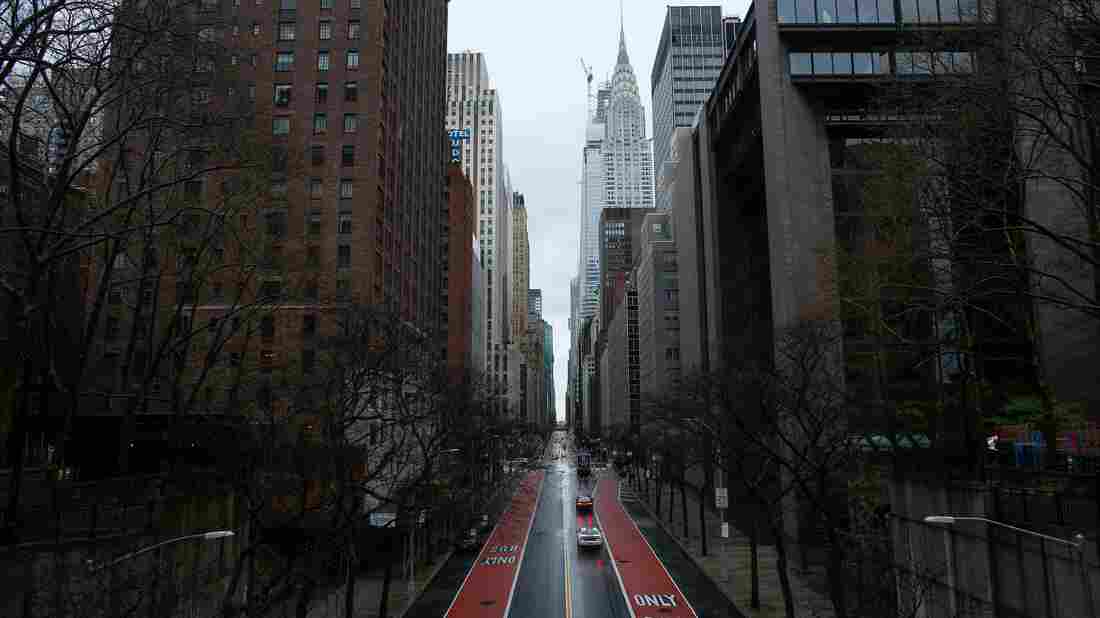 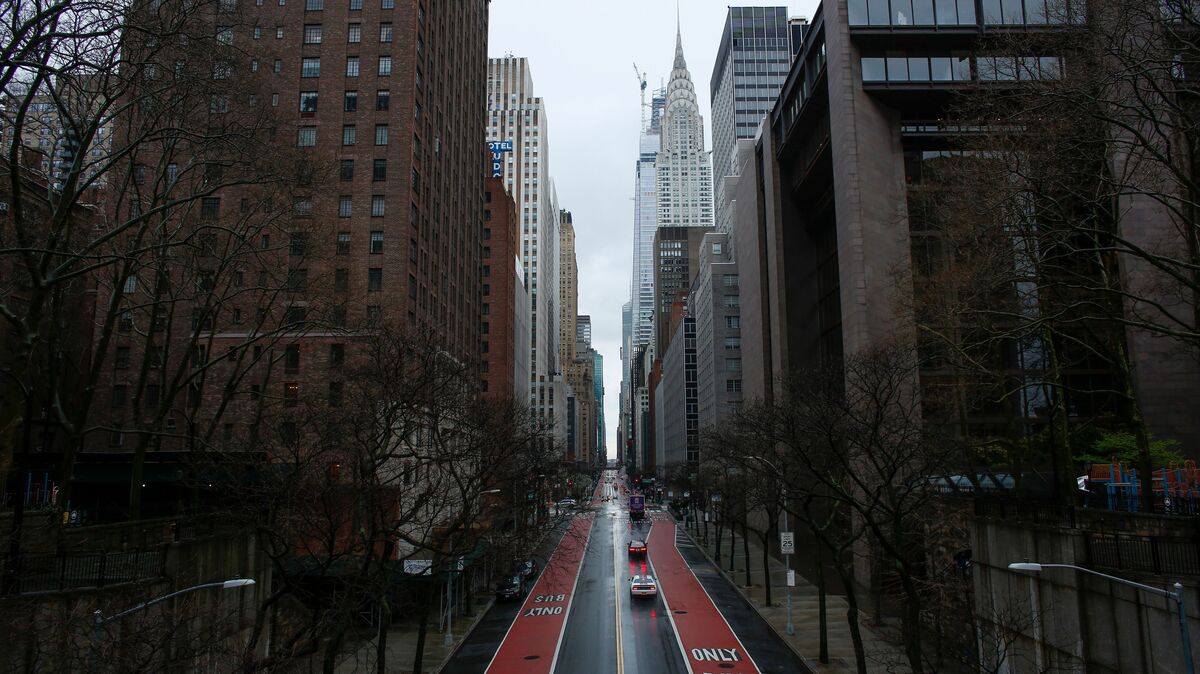 President Trump last weekend raised — and then dropped — the idea of placing residents of New York, New Jersey and Connecticut under a quarantine to try to limit the spread of the coronavirus outside of the nation's hardest-hit region.

That hasn't stopped rumors from spreading that the country is under a lockdown, something the Federal Emergency Management Agency has debunked on its website.

House Speaker Nancy Pelosi, D-Calif., said on CNN on Wednesday that she would like to see a national stay-at-home order, adding, "I don't know why the scientific community isn't more outspoken" in pushing for one.

But could the president order a national lockdown or place states under quarantine?

The Centers for Disease Control and Prevention says that the federal government has authority for isolation and quarantine under the Commerce Clause of the U.S. Constitution and that under the Public Health Service Act, "the U.S. Secretary of Health and Human Services is authorized to take measures to prevent the entry and spread of communicable diseases from foreign countries into the United States and between states."

But Polly J. Price, a professor of law and public health at Emory University, tells NPR: "If you're talking about quarantine in terms of encouraging people to stay home or closing businesses — and that's what public health folks talk about as social distancing measures, really — I think from the White House that can be advisory only and that those are exclusively state powers."

She says though that the federal government does have other tools at its disposal to limit people from traveling between states, including controlling who can fly. 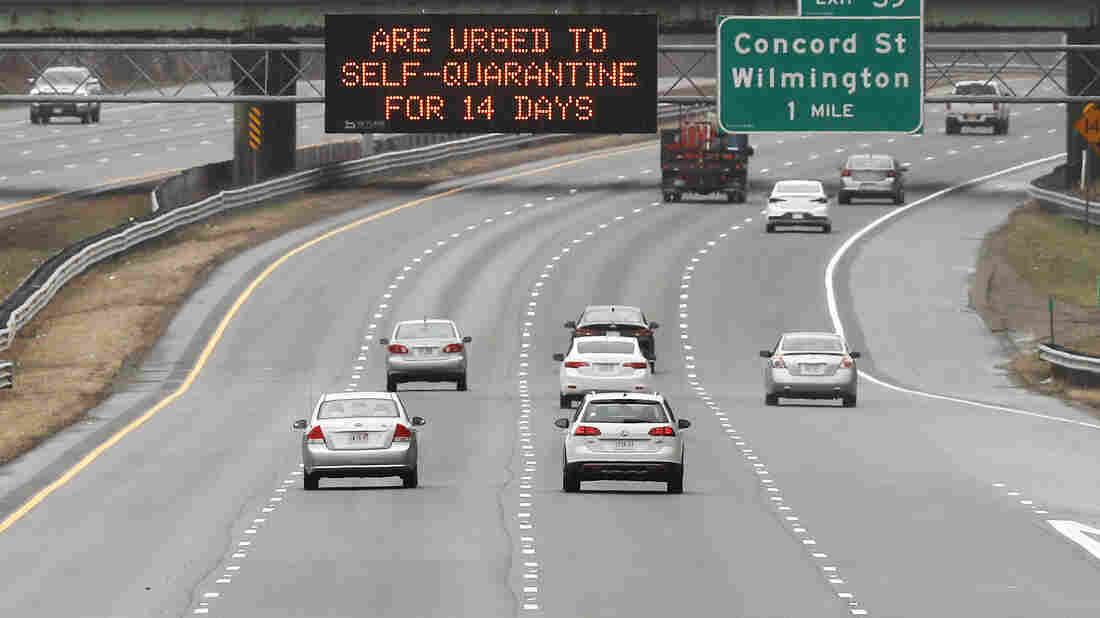 A highway sign urges out-of-state visitors to self-quarantine for 14 days if they plan on staying in Massachusetts. Charles Krupa/AP hide caption 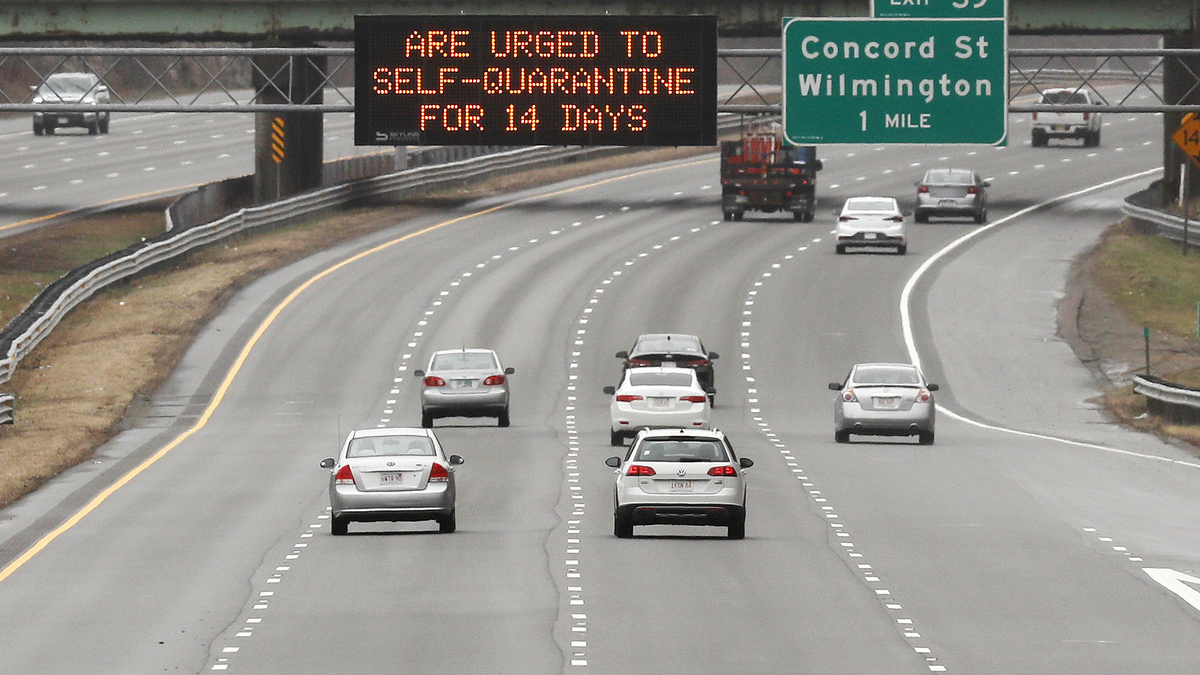 A highway sign urges out-of-state visitors to self-quarantine for 14 days if they plan on staying in Massachusetts.

Price says the CDC can issue "do not board" orders to travelers. "They tend to be related to prohibiting air travel by persons who have a tuberculosis diagnosis, for example. But that's an authority that has been used," although she notes, not frequently.

And, as was done after the Sept. 11, 2001, terror attacks, the Federal Aviation Administration can ground air travel altogether.

President Trump has used his authority to require foreign nationals arriving from China to be quarantined and has prevented foreign nationals from Europe from flying into the U.S., as well as limiting border crossings from Canada and Mexico.

But there's not much more he can do within the country, says Bradley Moss, a Washington attorney specializing in national security issues.

"It is unclear, absent congressional approval or every state in the union collectively agreeing to it, how any president would have the authority to impose a federal or national quarantine," Moss says.

The federal law on this, he says, "is clearly aimed at individuals or specifically identified groups, not the entire country writ large."

Moss says the president would have to "either personally determine, or get the CDC director to state in writing, that the entire country is reasonably believed to have been exposed to the coronavirus," which Moss says would be "politically treacherous" and "turn the federal law on its head."

The only Supreme Court ruling on the issue, Price says, came a century ago, and that involved whether states could limit travel during a yellow fever epidemic.

She says the court suggested that states can do so and can impose quarantines on incoming travelers, "so long as it's for a valid public health measure." 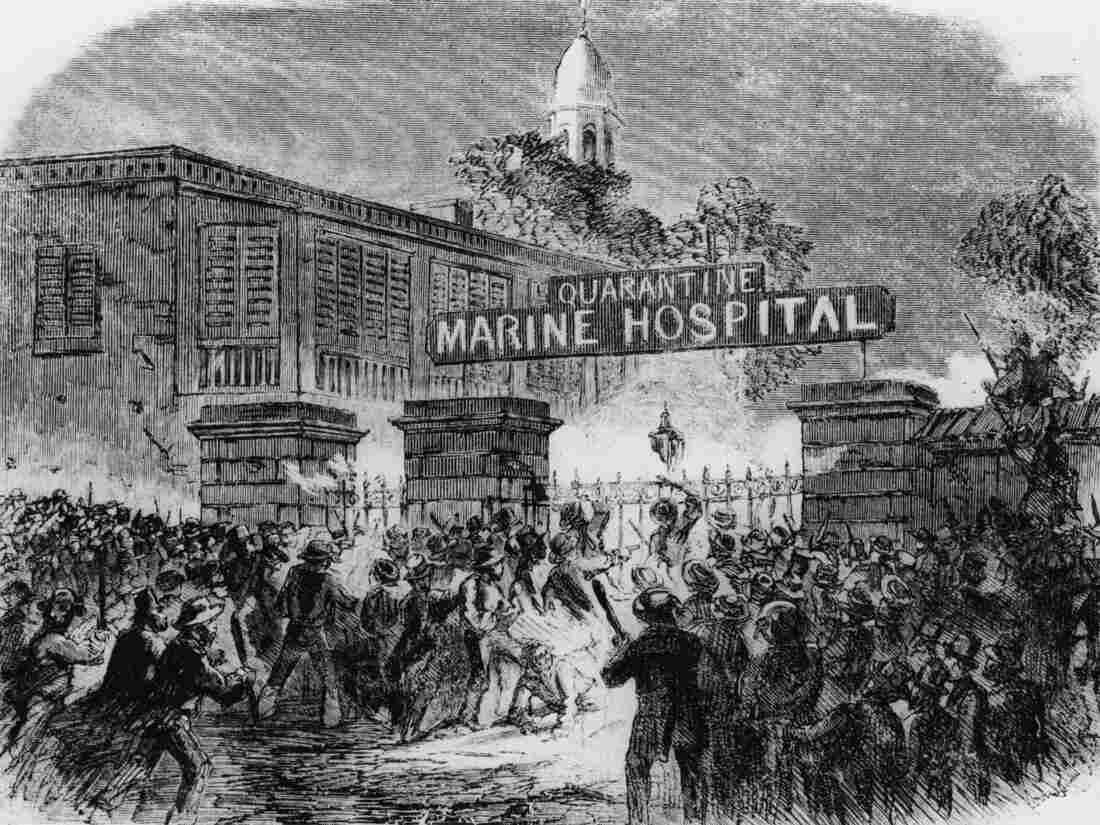 In this image originally published in Harper's Weekly in 1858, a mob attacks the Quarantine Marine Hospital in New York because people believed that its use was responsible for numerous yellow fever epidemics. Hulton Archive/Getty Images hide caption 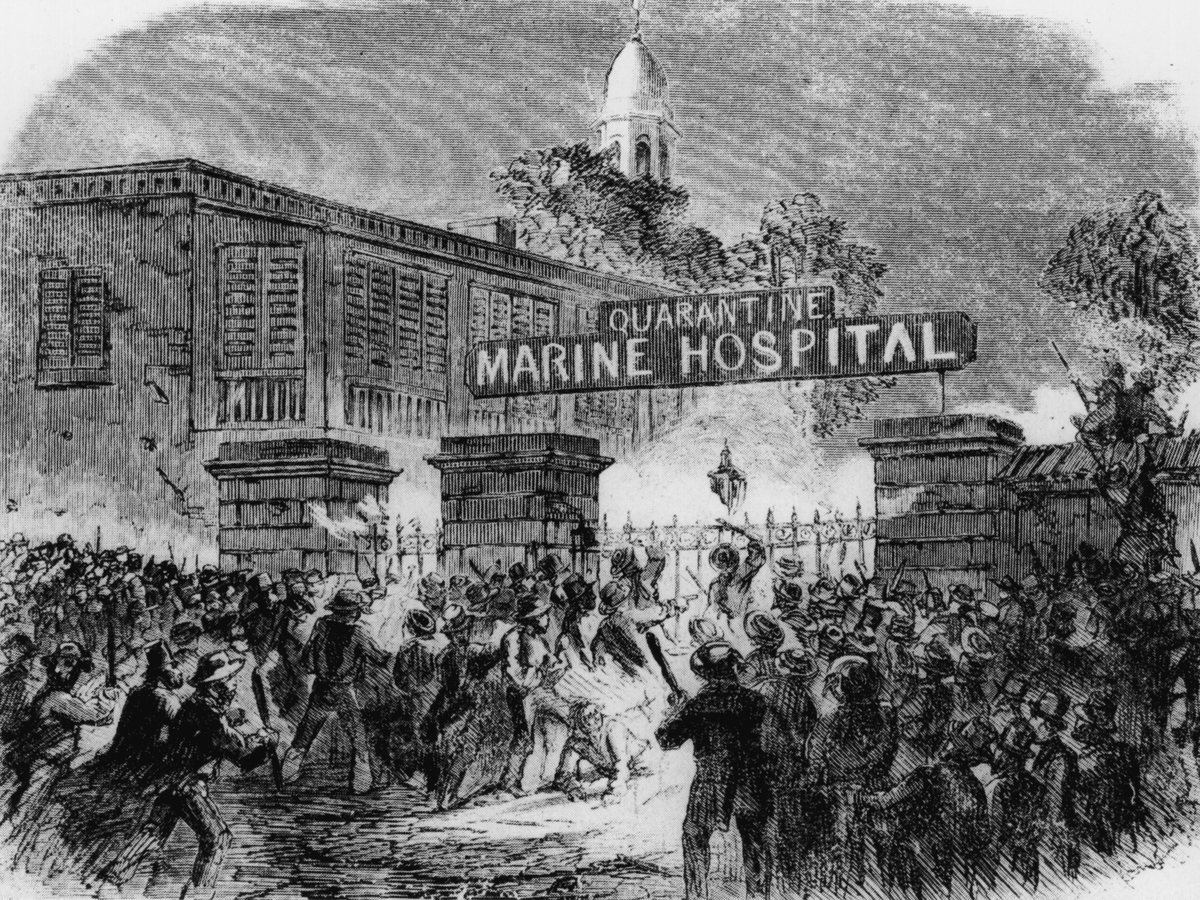 In this image originally published in Harper's Weekly in 1858, a mob attacks the Quarantine Marine Hospital in New York because people believed that its use was responsible for numerous yellow fever epidemics.

During the yellow fever epidemic in the late 19th century, some areas imposed a "shotgun quarantine," Price says, with states, local governments and counties "basically barricading themselves against people coming from infected places."

Trains were stopped in some locations. The government set up refugee camps for people "trying to flee Pensacola and Mobile and New Orleans," but who couldn't go anywhere because places farther north wouldn't let them in. In Arkansas, she says armed guards prevented people trying to cross the Mississippi River from Memphis.

"That's what fear will do to you," Price says.