Accessibility links
Democratic National Convention In Milwaukee Delayed Until August Originally set for July, the convention has been rescheduled for mid-August in Milwaukee because of the coronavirus. 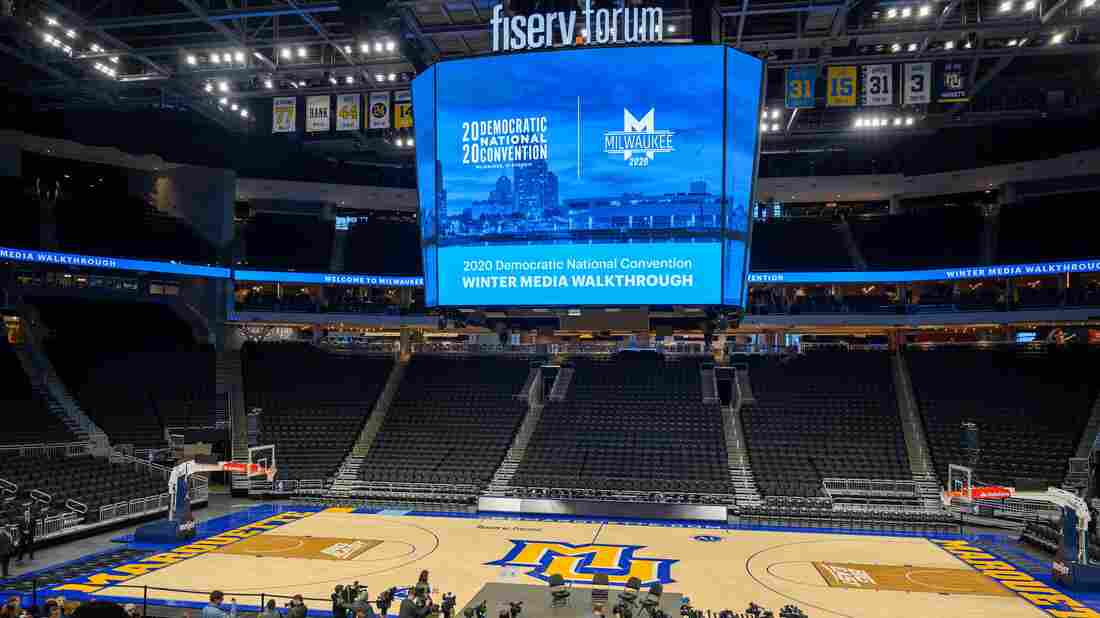 The floor of the Fiserv Forum is seen during a January media walkthrough ahead of the Democratic National Convention in Milwaukee. The convention has been pushed back a month, to mid-August. Eric Baradat/AFP via Getty Images hide caption 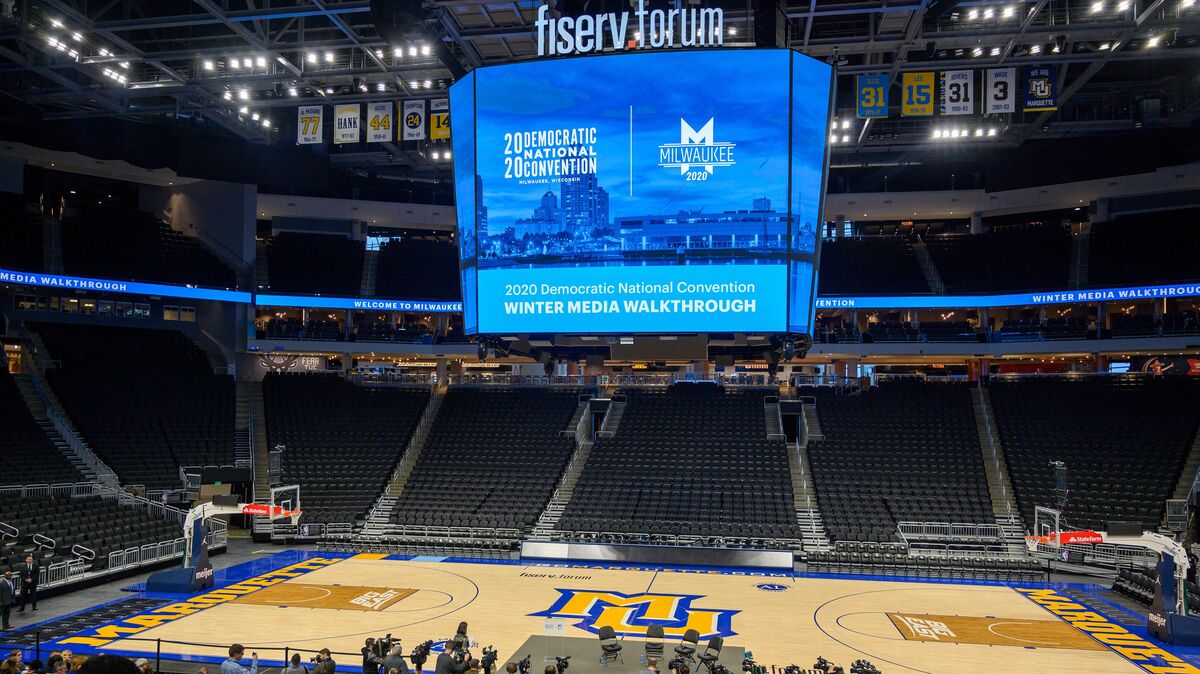 The floor of the Fiserv Forum is seen during a January media walkthrough ahead of the Democratic National Convention in Milwaukee. The convention has been pushed back a month, to mid-August.

The coronavirus has delayed another big event. This time it's the Democratic National Convention.

Amid ongoing questions about when traditional presidential campaigning — and the travel and large crowds it entails — will be able to resume, the Democratic National Committee has delayed its nominating convention until the week of Aug. 17. It had been scheduled for the week of July 13.

The event in Milwaukee is now scheduled for the week before the Republican National Convention, which is set to be held in Charlotte, N.C.

"In our current climate of uncertainty, we believe the smartest approach is to take additional time to monitor how this situation unfolds so we can best position our party for a safe and successful convention," Democratic National Convention Committee CEO Joe Solmonese said in a statement Thursday.

Former Vice President Joe Biden, who has a substantial lead over Vermont Sen. Bernie Sanders in the delegate count, had called for a delayed convention in recent days.

"I think it's going to have to move into August," he told NBC's Tonight Show.

Biden hasn't held an in-person campaign event since March 10, when both he and Sanders abruptly canceled primary night rallies in Ohio because of public health concerns. Since then Biden, like most Americans, has been confined to his home and has relied on remote television interviews to do most of his campaigning.

Nearly every event around the world that involves big crowds — from the Olympics to the Tony Awards — has been postponed or canceled because of the global pandemic that is now approaching 1 million confirmed cases worldwide.

The Democrats' announcement flagged that even if the convention takes place in person, it could look much different than the traditional jam-packed affair.

"The convention planning team will now use the coming weeks to further explore all options to ensure nominating the next president of the United States is done without unnecessary risk to public health," the statement reads. "These options include everything from adjusting the convention's format to crowd size and schedule."

Reached Thursday, Mandi Merritt, the Republican National Committee's national press secretary, said in a statement: "We are fully committed to holding the Republican convention in Charlotte as planned."

Merritt also pointed to recent comments by the RNC's chief of staff, Richard Walters, saying they "have not had any substantive conversations about alternative scenarios" for the party's convention.