Accessibility links
Coronavirus Response: Trump Says Hospitals Will Be Reimbursed For Treating The U Hospitals will be reimbursed by the federal government through the historic economic relief package to treat uninsured patients infected with the coronavirus, the president said. 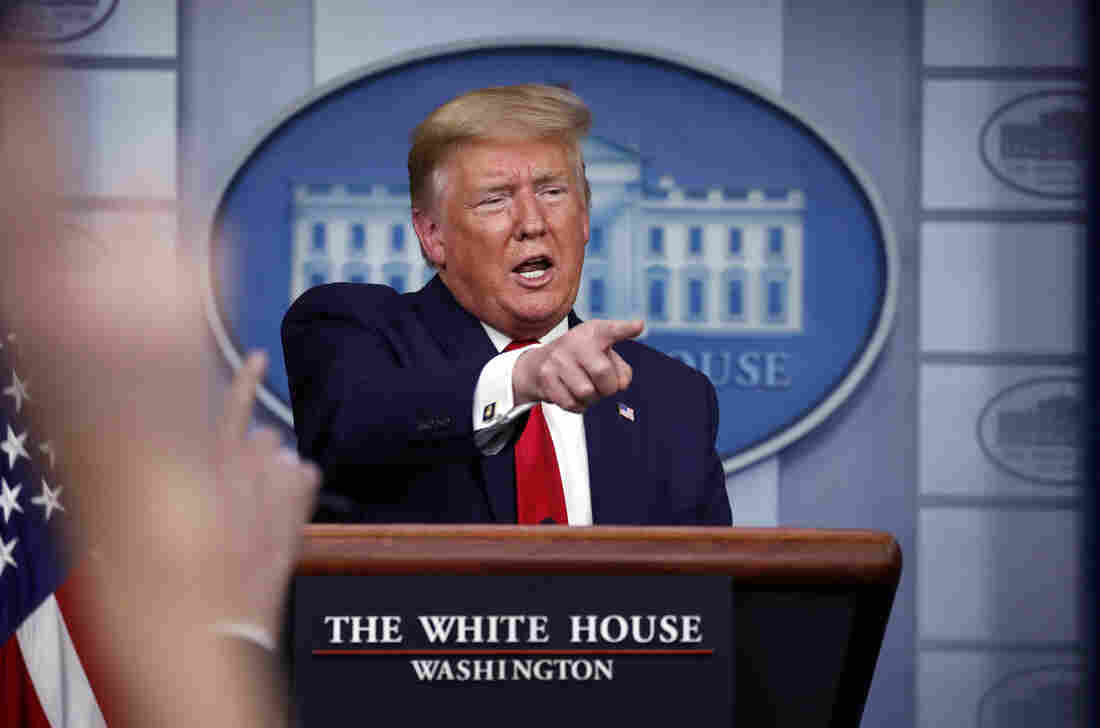 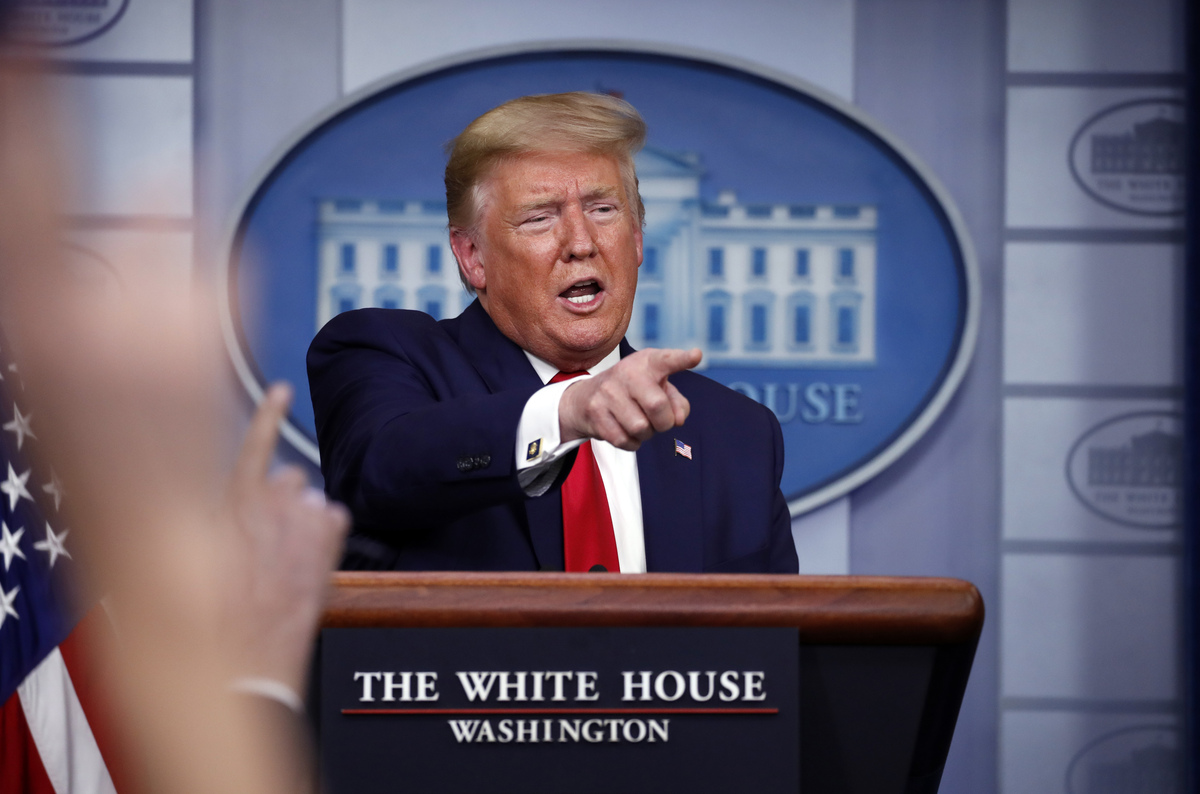 President Trump speaks about the coronavirus during Friday's briefing at the White House.

Just days after the White House coronavirus task force warned Americans to brace for sobering death tolls, the administration is vowing to reimburse hospitals for treating uninsured patients infected with the coronavirus.

"This should alleviate any concern uninsured Americans may have about seeking the coronavirus treatment," Trump said.

Trump also announced that the health insurance system Blue Cross Blue Shield will not require any co-pays from patients for treatment of the virus over the next 60 days, similar to the commitments of Cigna and Humana.

"For them to do that, is a big statement," Trump said.

The president referenced an operation earlier this week by the Department of Justice's COVID-19 hoarding and price gauging task force, which took custody of nearly 200,000 N-95 respirator masks and 600,000 medical grade gloves, along with hand sanitizers and spray disinfectant. The materials were distributed to health care workers in New York and New Jersey.

The owner of the hoarded stash was paid fair market value (pre-pandemic) by the Department of Health and Human Services.

Trump also announced that the Department of Defense is providing about 8.1 million N95 respirators, saying 200,000 of them have already been given to New York City.

Trump said he anticipates that number will increase.

After reports of changed mask guidelines circulated this week, Trump announced a change to those guidelines Friday.

Trump said in light of the fact that individuals can transmit the virus without presenting any symptoms has led the CDC to advise using non-medical cloth face coverings as an additional voluntary public health measure.

The president stressed repeatedly that it's voluntary.

"With the masks, it's going to be really a voluntary thing. You can do it. You don't have to do it," Trump said. "I'm choosing not to do it, but some people may want to do it. And that's OK. It may be good."

Trump said such coverings can be purchased online or made at home and can be easily washed and reused.

He emphasized that the CDC is not recommending using surgical grade masks as those need to be reserved for health care workers and that social distancing guidelines are still in place.

"We continue to work each and every day watching the data about cases to ensure that in particular, not just the personal protective equipment is available for the health care workers that are on the front lines, but also that ventilators are available," Pence said.

When asked why the country wasn't in a better state of preparedness in terms of supplies, the president blamed the previous administration for the shortages of medical equipment.

"The shelves were empty," Trump said.

Trump went on to say the administration is "doing our best" to provide New York with the ventilators they need.

"We've worked very well with the governor. We happen to think he's well-served with ventilators," Trump said. "We're going to find out. But we have other states to take care of."

When asked whether states should be prepared for all-mail voting come November, Trump passionately declared no.

"The general election will happen on November 3," Trump said.

Trump said he thinks a lot of people "cheat" with mail-in voting and voiced strong support for voter identification.

Crude oil prices have plummeted as a result of the country's lockdown, with gas prices averaging just under $2 a gallon. The drop in demand is coupled with an increasing supply due to a price war between Saudi Arabia and Russia.

Trump met with energy executives Friday afternoon and told reporters they "did discuss the concept of tariffs."

When asked if industry leaders asked him for a bailout, Trump said it was more of a "discussion" than an ask.

"We did discuss the concept of tariffs because, as you know, this was a dispute among a couple of countries that I think they want to be able to get it solved. And they had a dispute. They had a competition, but they want to get it resolved," Trump said, referring to Russia and Saudi Arabia.

Trump said while he believed he could use tariffs as a tool, he ultimately thinks the market will resolve it.

During Thursday's briefing at the White House, Treasury Secretary Steven Mnuchin said his department is working to ensure that eligible taxpayers will receive their first direct payments within two weeks, one week earlier than originally promised.

"We're delivering on our commitments," Mnuchin said. "The IRS, which I oversee, within two weeks, the first money will be in people's accounts."

Mnuchin dismissed reports that some relief payments — especially to people who can't accept direct deposits and require paper checks — may take up to 20 weeks to reach some Americans.

Mnuchin was joined by Jovita Carranza, head of the Small Business Administration, who said her team is working around the clock to prioritize getting emergency capital for small businesses suffering as a result of the coronavirus.

Efforts to mitigate the economic toll of shutting down the country comes as the U.S. suffered a net loss of jobs for the first time in nearly a decade. Ten million people filed for unemployment in the last two weeks alone.

President Trump, Vice President Pence and other coronavirus task force members also emphasized the work being done to distribute supplies to hospitals, including ventilators and masks.