Accessibility links
'We Are Swamped': Coronavirus Propels Interest In Raising Backyard Chickens For Eggs "We've never seen anything like this and I've been here since 1964," the owner of one hatchery says. For anyone looking to start their own flock, an expert has advice on breeds. 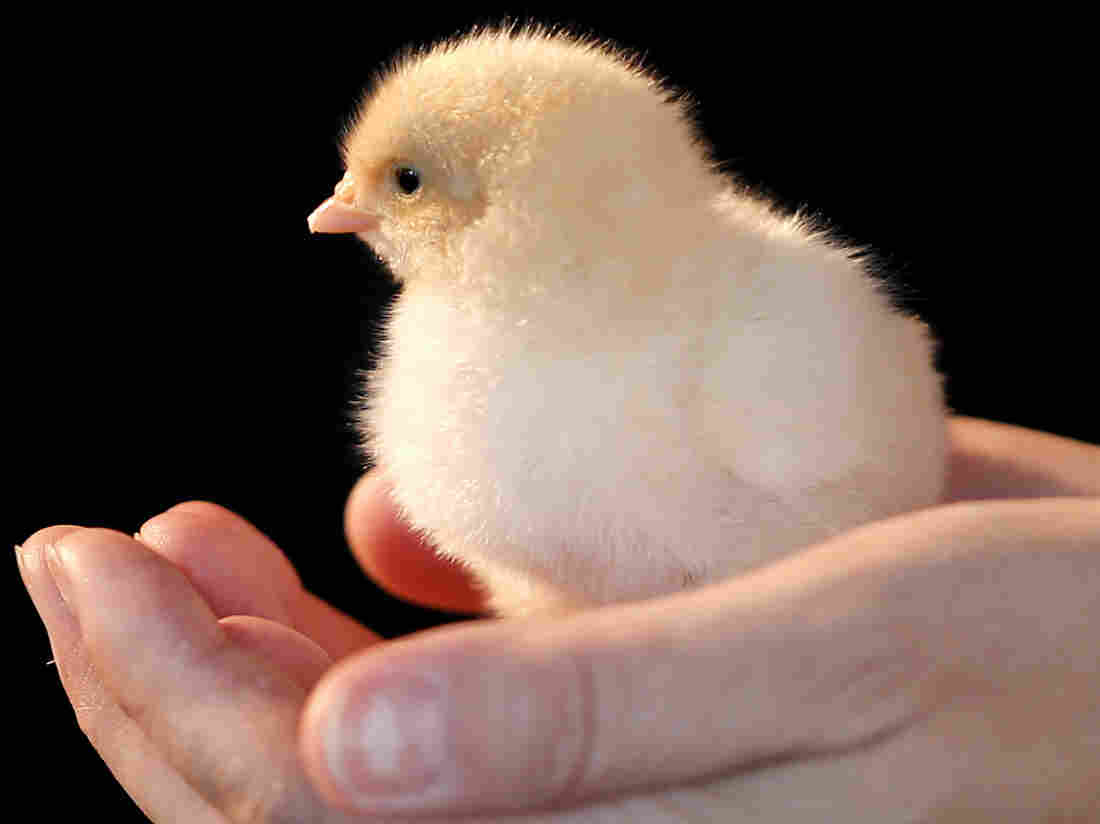 Chicken hatcheries say they're seeing a spike in interest from people wanting to raise the birds at home. A poultry expert says that for the average person keeping half a dozen chickens in the summer, "you would get plenty of eggs for the family." Mike Segar/Reuters hide caption 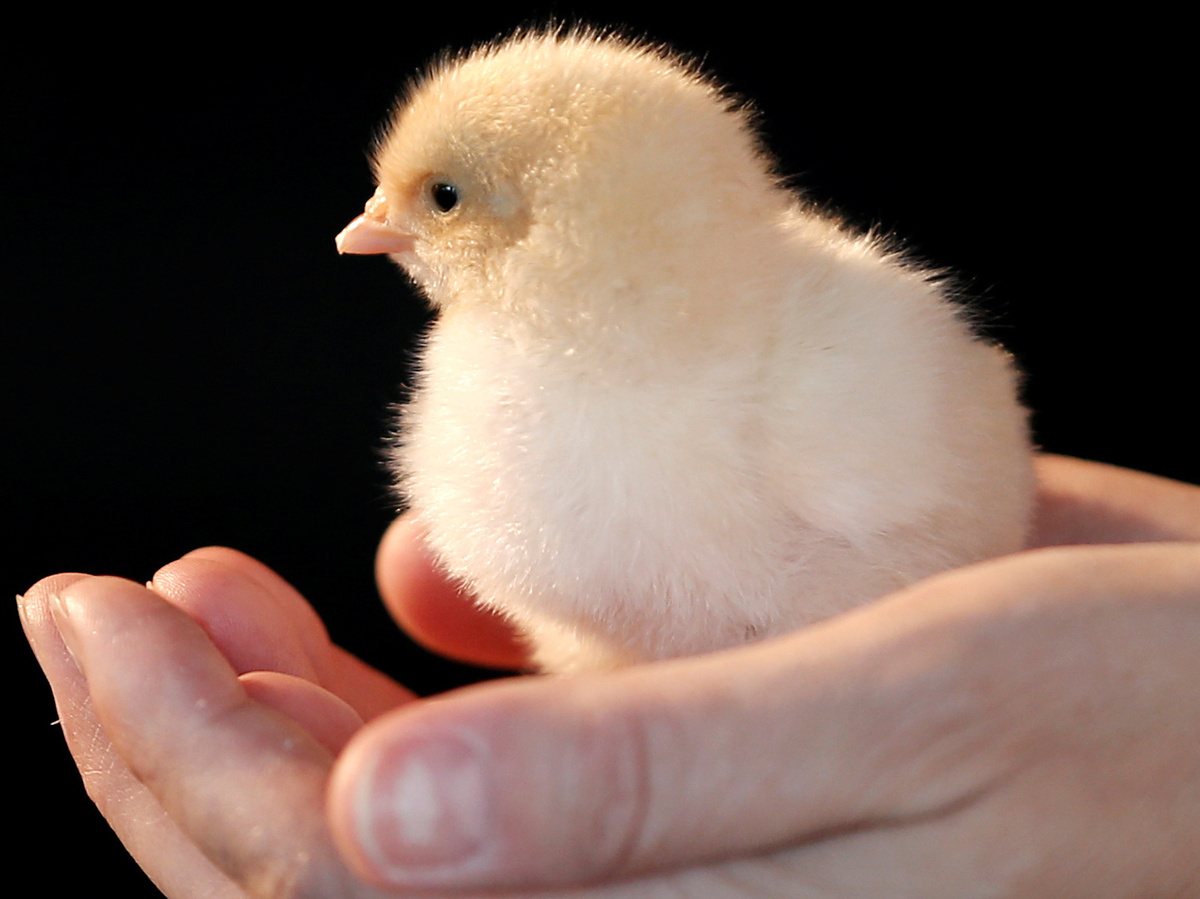 Chicken hatcheries say they're seeing a spike in interest from people wanting to raise the birds at home. A poultry expert says that for the average person keeping half a dozen chickens in the summer, "you would get plenty of eggs for the family."

The coronavirus pandemic is heightening interest in raising young chickens for a reliable supply of eggs, with hatcheries saying they're seeing a flood of new customers.

"We are swamped with orders," says Nancy Smith, owner of the Cackle Hatchery in Lebanon, Mo. "We can't answer all the phone calls, and we are booked out several weeks on most breeds."

For families adapting to disruptions brought on by COVID-19, raising hens is seen as an answer to vexing questions about the availability of staple items at grocery stores. Starting a backyard flock could also be a rewarding project for Americans who now face the prospect of spending weeks or months at home, with schools closed and workers laid off, furloughed, or working remotely.

Folks who are feeling cooped up, in other words, may want to start a coop of their own.

"People are at home so they're looking for something for their families to do while they're home," says Kendall Fox of the Freedom Ranger Hatchery in Lancaster County, Pa. "The other reason is the security of having food in their backyard."

Fox says he has seen "a pretty large increase" in people wanting to raise their own chickens. The new customers are all over the U.S., he says, adding that the small orders are bringing a much-needed boost at a time when many large orders are being canceled by farmers who supply restaurants and processed food plants.

"A lot of the stores and processing plants in New York City have closed as well," Fox says, "and a lot of our birds end up there."

The idea of raising chickens of one's own might conjure an image of pastoral bliss, of a simpler life that clucks along outdoors. But throngs of people are now rushing to acquire that lifestyle.

"We've never seen anything like this and I've been here since 1964," Smith says, describing the spike in her business.

Suggesting that some customers might be affected by the stress millions of people are now feeling, she adds, "Everyone is very anxious, and in some cases very impatient."

While most newbie farmers are turning to chickens for eggs, some also plan to raise birds for their meat.

To learn more about what people should consider when starting their own flock of chickens, I spoke to John Monaco, president of the American Poultry Association. The group — Monaco says it's the oldest livestock organization in North America — maintains lists of standard breeds and also sanctions poultry shows.

The new public interest in raising chickens is part of a broader pattern, Monaco says.

"Backyard poultry has been on the upswing all over, especially in the rural areas, for the last five or 10 years," Monaco says. "Raising your own chickens and even your own broilers — it's become a lot more fashionable to do it."

He adds, "In our area in Southern California, there's thousands of people that have just small backyard flocks, that raise their own eggs."

As for what breeds people might look for, Monaco says, "It depends on what you want. There's egg layers, that are strictly for egg-laying. There's dual-purpose, which are egg layers but they're also meat birds."

"For egg layers, you have Leghorns and for dual-purpose birds, you have Rhode Island Reds, Plymouth Rocks," he says, adding that the birds are what many of us might have seen on visits to farms, or our grandparents' houses.

"Those are the type of breeds that most people want," Monaco says. "Some of these breeds have been in our standards since 1874."

He then laid out some of the differences between them:

"You get into the Rhode Island Reds and the Plymouth Rocks, they're American breeds, they lay a decent-sized egg, but they're a bigger bird. They're also a meat bird."

Too Many Eggs For One Basket! Backyard Chicken Farmers Scramble To Give Them Away

The number of eggs a hen can lay each week usually depends on the sun, Monaco says.

"It all goes by the amount of light during the day — the more light there is during the day, the more that they lay," he says. "So during the summer months they lay more, and you can get one egg a day out of some of them. The older birds lay less, of course.

"But there've been chickens that have laid over 300 eggs in a year," he says.

For the average citizen farmer who might keep half a dozen chickens during the summer, Monaco says, "you would get plenty of eggs for the family."

Starting a flock doesn't have to be expensive, Monaco says, adding that people can get started by buying some chicks from a feed store.

"For the people that are just looking for a few birds for their backyard, it's just a fun hobby," he says. "They're fun to watch."