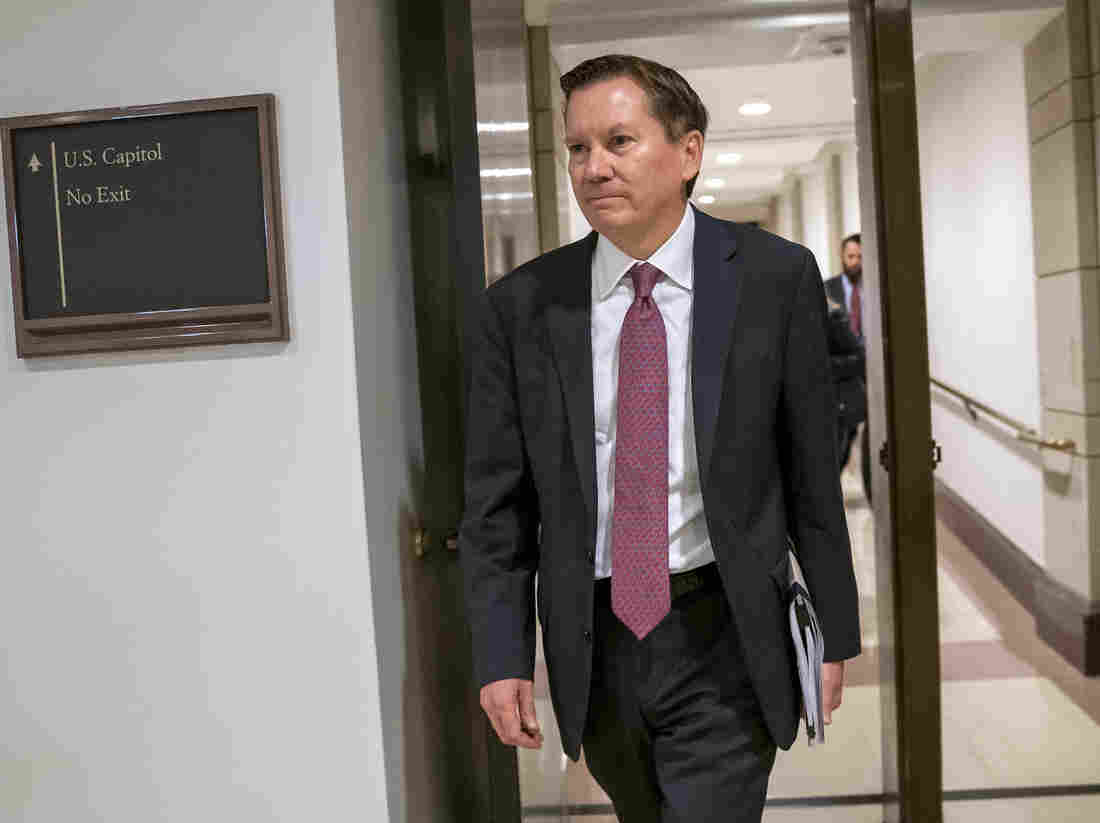 Michael Atkinson arrives at the Capitol last October, where he was questioned about the whistleblower complaint that exposed a controversial July phone call the president had with Ukrainian President Volodymyr Zelenskiy. J. Scott Applewhite/AP hide caption 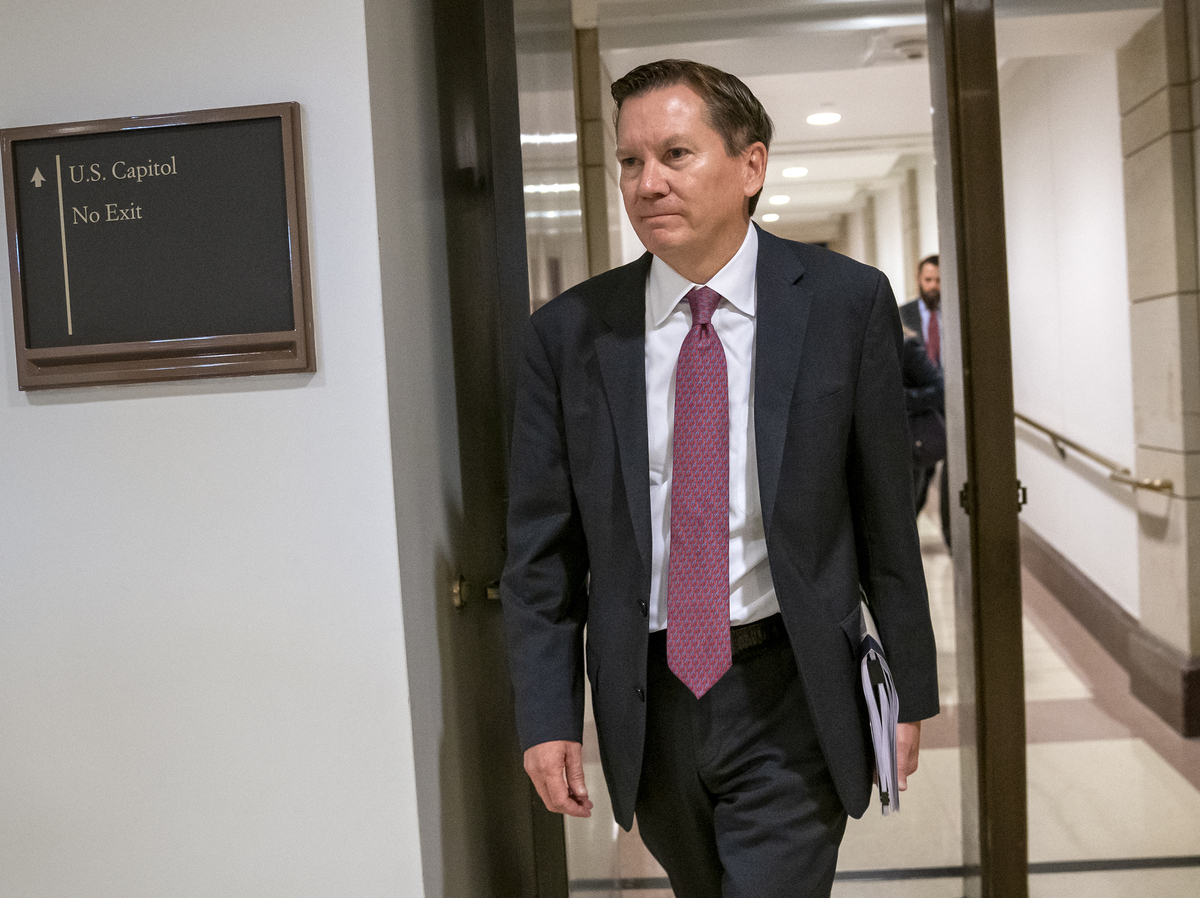 Michael Atkinson arrives at the Capitol last October, where he was questioned about the whistleblower complaint that exposed a controversial July phone call the president had with Ukrainian President Volodymyr Zelenskiy.

Intelligence Community Inspector General Michael Atkinson — who was fired last week by President Trump months after raising concerns that eventually led to Trump's impeachment in the House — issued a statement late Sunday insisting that his actions were not partisan and were defending the federal whistleblower law.

"It is hard not to think that the President's loss of confidence in me derives from my having faithfully discharged my legal obligations as an independent and impartial Inspector General," said Atkinson, who received a complaint in August 2019 about allegedly improper commitments made by Trump to Ukrainian President Volodymyr Zelenskiy.

"As an Inspector General, I was legally obligated to ensure that whistleblowers had an effective and authorized means to disclose urgent matters involving classified information to the congressional intelligence committees, and that when they did blow the whistle in an authorized manner, their identities would be protected as a guard against reprisals," he said.

"I have never been a political or partisan person," Atkinson added. "To the contrary, I have spent my entire seventeen-year career as a public servant acting without regard to partisan favor or political fear."

In a letter to the leaders of the Senate and House intelligence committees Friday, Trump said: "It is vital that I have the fullest confidence in the appointees serving as inspectors general. That is no longer the case with regard to this inspector general." The letter says the removal will be effective "30 days from today."

An intelligence official tells NPR that Tom Monheim, a career intelligence professional, will become the acting inspector general of the intelligence community.

The whistleblower complaint was given to the House Intelligence Committee in September, leading the White House to release an account of the call in which Trump asked Ukraine's president to investigate the family of former Vice President Joe Biden. The events led to a historic, contentious impeachment inquiry.

After the House voted to impeach Trump, the Senate acquitted him on two articles of impeachment in February.

Democrats quickly criticized the president for the firing. House Intelligence Chairman Rep. Adam Schiff, D-Calif., who led the charge to impeach Trump, said the president's decision "is yet another blatant attempt by the President to gut the independence of the Intelligence Community and retaliate against those who dare to expose presidential wrongdoing."

"At a time when our country is dealing with a national emergency and needs people in the Intelligence Community to speak truth to power, the President's dead of night decision puts our country and national security at even greater risk," Schiff continued.

Sen. Mark Warner, D-Va., vice chairman of the Senate Intelligence Committee, said it is "unconscionable that the President is once again attempting to undermine the integrity of the intelligence community by firing yet another intelligence official simply for doing his job."

Several officials who testified in the impeachment inquiry have been fired or moved on from their jobs.

In his statement on Sunday, Atkinson said he was "grateful" to those who had stood by his actions regarding the whistleblower's complaint, noting that 67 federal inspectors general "warned of the potential harm that can result from second-guessing determinations made by independent Inspectors General responding to whistleblower disclosures, particularly if whistleblowers 'think their effort to disclose information will be for naught or, worse, that they risk adverse consequences for coming forward when they see something they think is wrong.' "