Accessibility links
Syrian Refugees In Lebanon Fear Deportation For Seeking Coronavirus Test Or Care Although people fleeing war or humanitarian crises know about the dangers of COVID-19, many are also worried about being persecuted if the disease spreads in their communities. 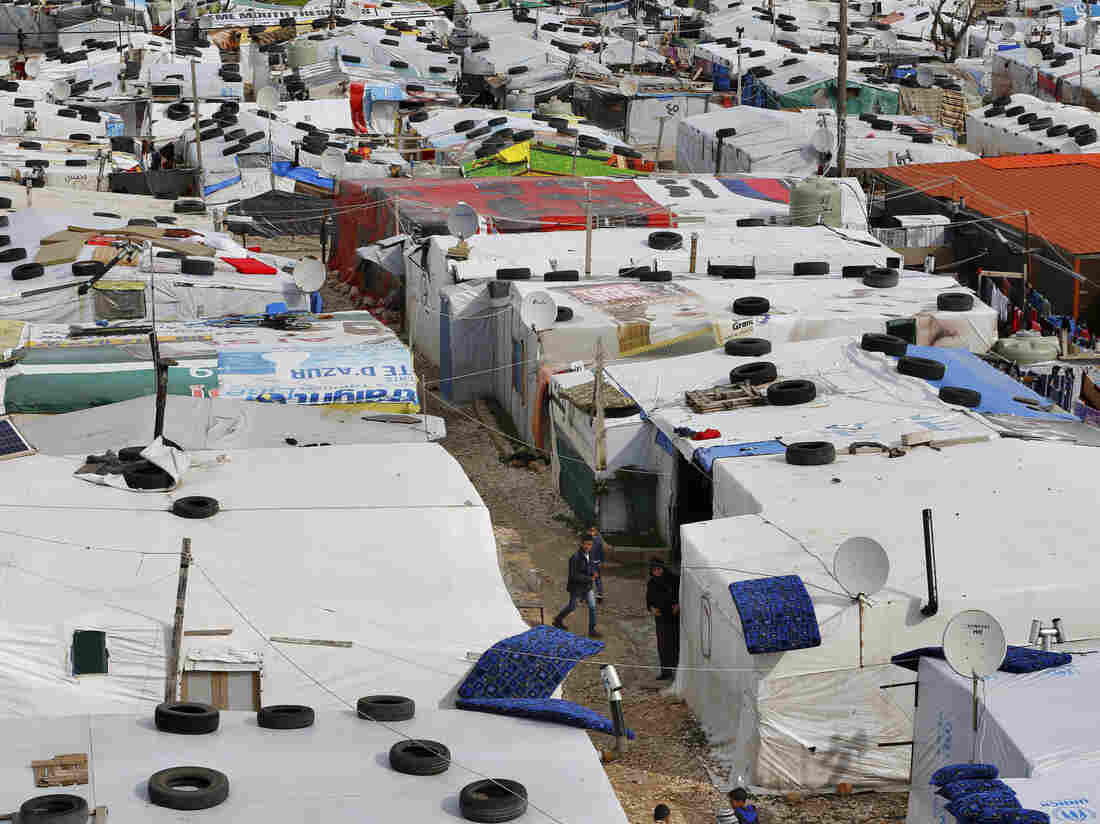 A Syrian refugee camp in the town of Bar Elias, in the Bekaa Valley, Lebanon, in January 2019. Now, people fleeing war and calamity have an added worry with the coronavirus pandemic. Bilal Hussein/AP hide caption 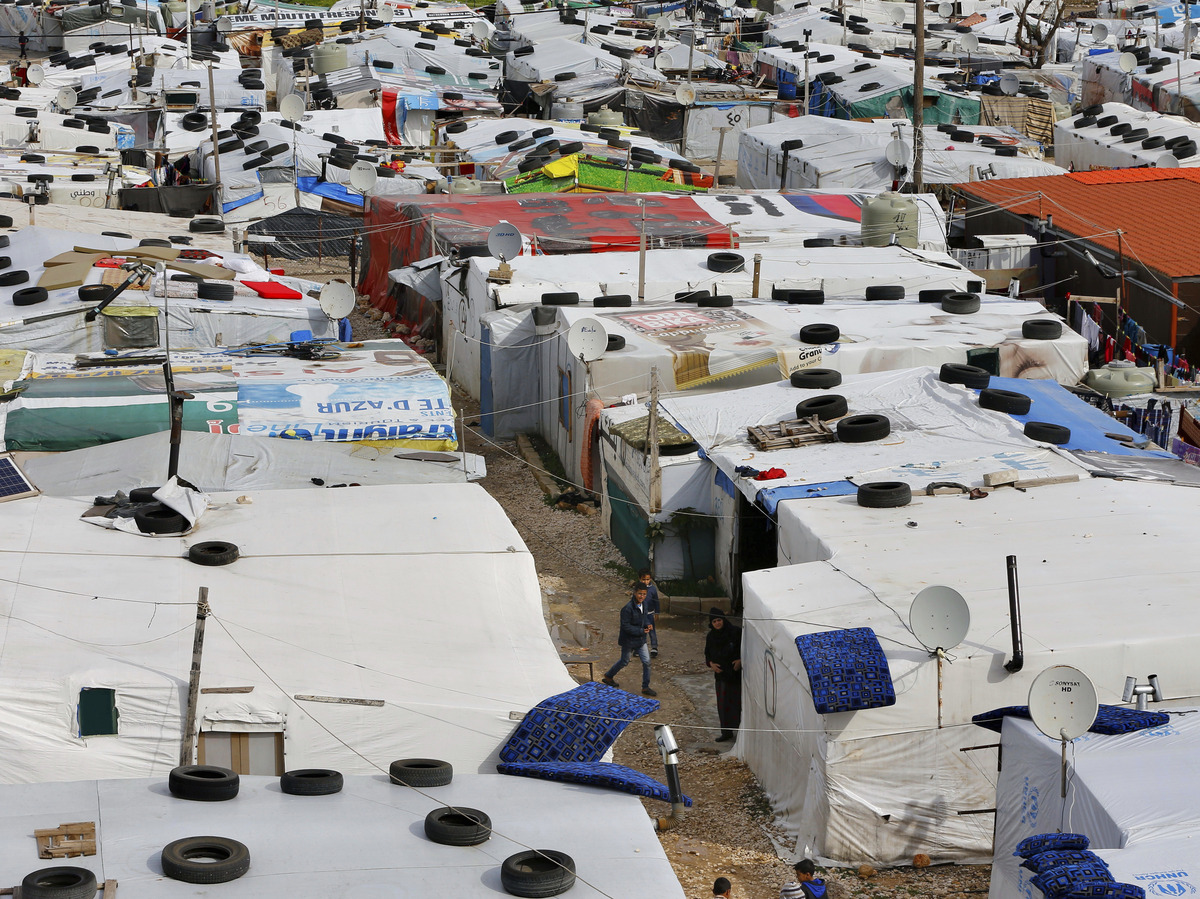 A Syrian refugee camp in the town of Bar Elias, in the Bekaa Valley, Lebanon, in January 2019. Now, people fleeing war and calamity have an added worry with the coronavirus pandemic.

Lebanon is a small, cash-strapped country in the Middle East, but its government estimates it hosts 1.5 million Syrian refugees — the highest per-capita ratio in the world. About a third of them live in tents or in places like farm buildings or garages, in conditions that make regular hand-washing and physical distancing all but impossible.

"There is barely any space between each tent," says one woman living in a small camp in eastern Lebanon's Bekaa region. She asks to be referred to only as Umm Mustafa — meaning Mustafa's mom — because she is scared of the Syrian government. Trash is rarely collected in her camp of 60 tents, and water is scarce. "The municipality comes to fill up our water tanks once every 15 days," she says.

But although the refugees know about the dangers of the new coronavirus, they weigh another risk as they consider whether to seek testing or treatment: deportation.

"Everyone here has outdated papers and residencies that aren't up to date," says Umm Mustafa.

Some 73% of Syrians in Lebanon lack residency permits, according to Human Rights Watch, and authorities forcibly deported more than 2,500 refugees last year.

That means many are afraid if they try to get treatment for COVID-19, they might attract the attention of the security authorities, says Mohammad Taleb, who works in the Bekaa region with the charity Basma and Zeitooneh.

"They might seek help and they might get the help, but after that no one knows what will happen," he says. The refugees fear that the authorities might deport them to Syria because their paperwork is not in order. 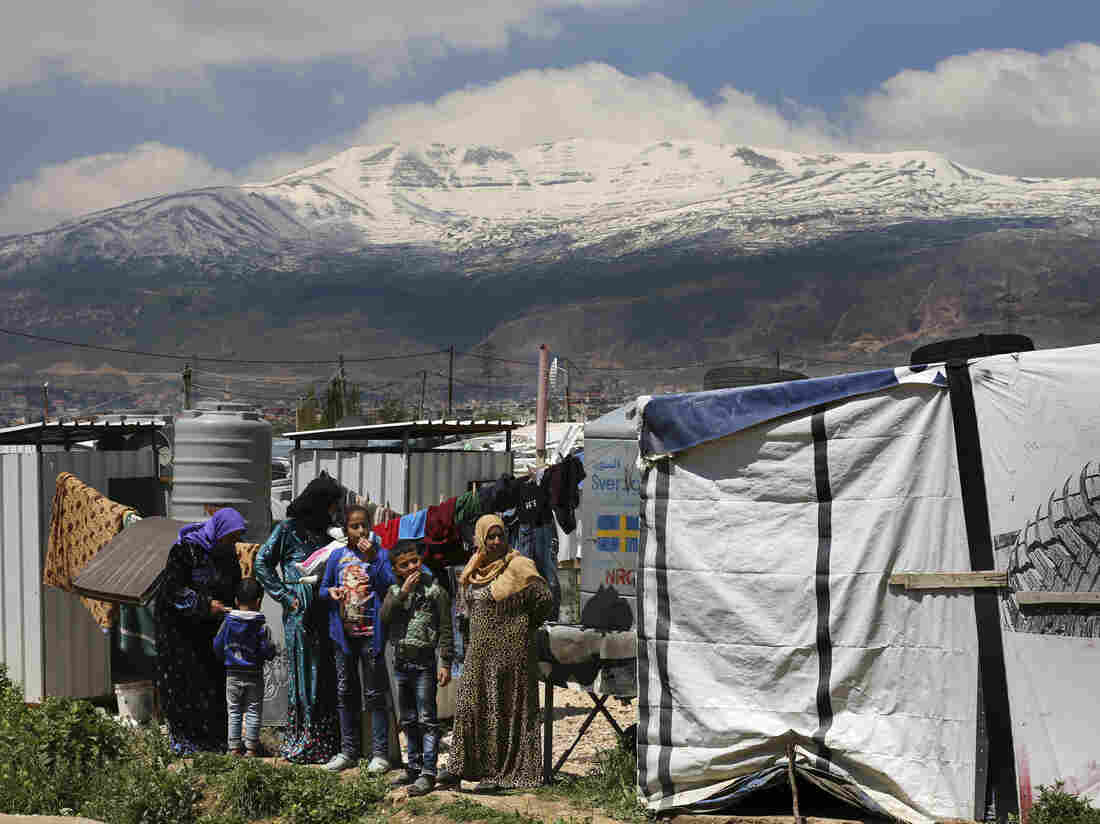 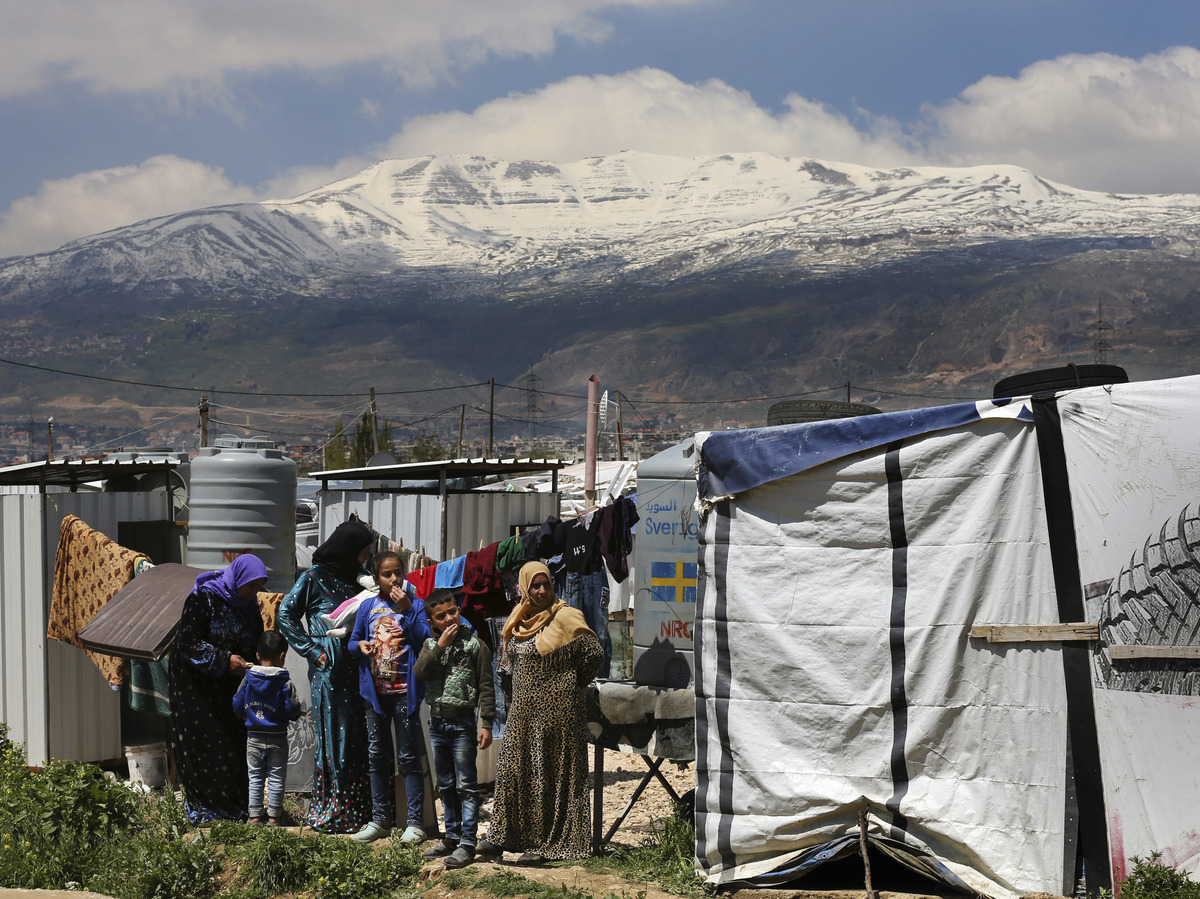 Syrian refugees watch the opening ceremony of a school in the Bekaa valley town of Saadnayel, eastern Lebanon, in April 2019.

Taleb says the refugees he works with feel conflicted. "They are in constant fear and confusion because they might have symptoms, and they are too afraid to reach out," he says.

This is not an issue confined to Lebanon. Advocates for displaced people around the world are increasingly concerned that undocumented people may be deterred from seeking help because of fear of the authorities.

Undocumented in the U.S.

There are as many as 12 million undocumented immigrants in the United States. The Immigration and Customs Enforcement policy is that its officers do not enter hospitals. But some undocumented people are still fearful of trying to use public medical benefits. And others, with visas, are afraid to fall foul of the "public charge" rule in effect since February, which allows the U.S. to deny green cards to people determined to be a financial burden on the government.

Refugee Camps Face COVID-19: 'If We Do Nothing, The Harm Is Going To Be So Extreme'

"You've got immigrants in our communities who are experiencing that preexisting fear: because of public charge, because of the anti-immigrant rhetoric, because of immigration enforcement," says Marielena Hincapié, executive director of the National Immigration Law Center in California. "They're afraid of coming forward to seek testing, to seek medical care, and even have confusion about whether they can or cannot seek that care."

And in Malaysia, where in some areas there are large numbers of refugees, stateless people and migrants without paperwork, Human Rights Watch has called on health authorities to reassure people that they will not face legal repercussions if they come forward.

But in Lebanon, the situation is particularly acute because the refugee community forms such a large part of the population. The United Nations' refugee agency, which is leading the coronavirus response in the community, insists no refugee will face legal repercussions if they seek testing or treatment.

"They should not see any obstacle to reaching out"

"We are always repeating to refugees that they should not see any obstacle to reaching out to UNHCR or the Ministry of Public Health if they feel that they are showing symptoms, or if they would like to seek support for testing or medical treatment," says Lisa Abou Khaled, a UNHCR spokeswoman.

Gen. Nabil Hanoun, a spokesman for the Lebanese security forces, said in a text message to NPR that no Syrians seeking treatment would be sent back to Syria.

Refugees, like anyone in Lebanon, can call a government hotline if they suspect they have the virus. Volunteer workers of the Lebanese Red Cross take people with severe COVID-19 symptoms to get medical help in an ambulance, whisking them past checkpoints the refugees would usually avoid.

For Umm Mustafa, the prospect of being sent back to Syria is appalling. Her husband disappeared there about nine years ago, presumably detained while government forces. He had left her behind and gone back on a quick trip to get a few things from their home to make camp life more bearable.

"I would never agree to go back until every Syrian in Lebanon had gone back before me," she says. And yet, she thinks that despite that fear, refugees should seek treatment if they think they might have the coronavirus.