Accessibility links
Supreme Court Rules In Cases Involving Age Discrimination, Traffic Stops In a separate decision the court said police may make traffic stops in the assumption that the driver is the owner. 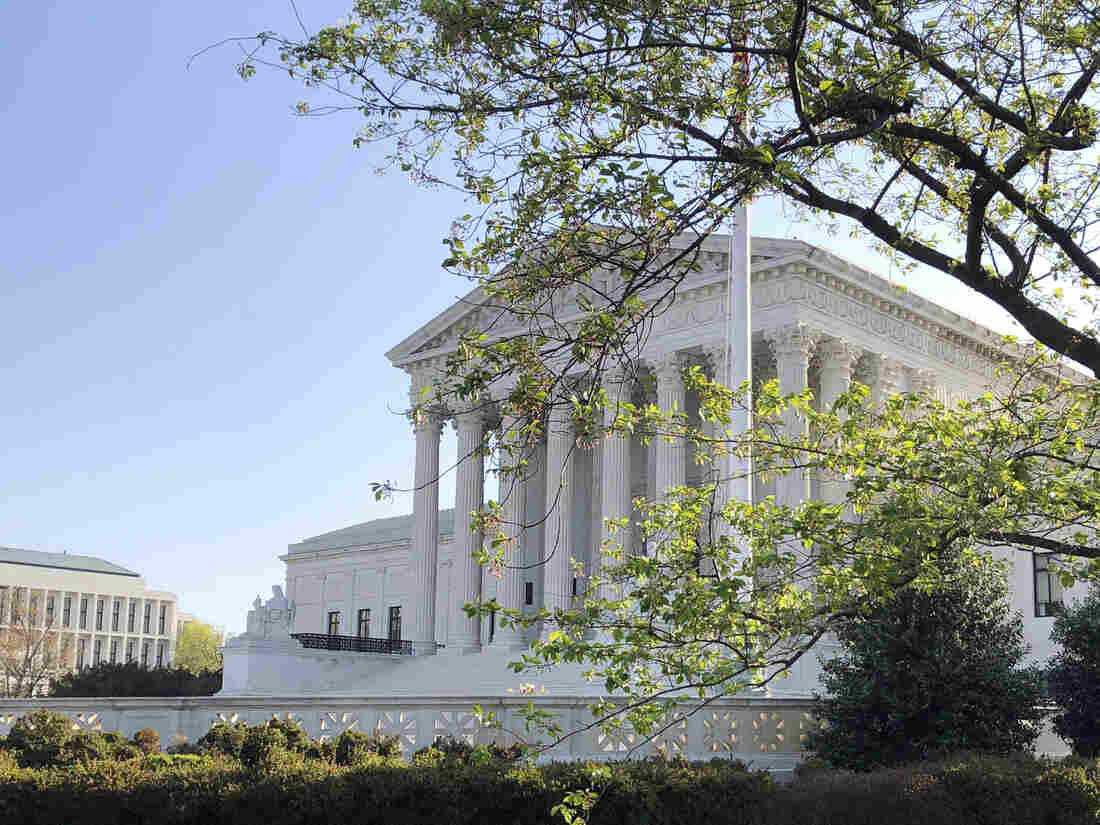 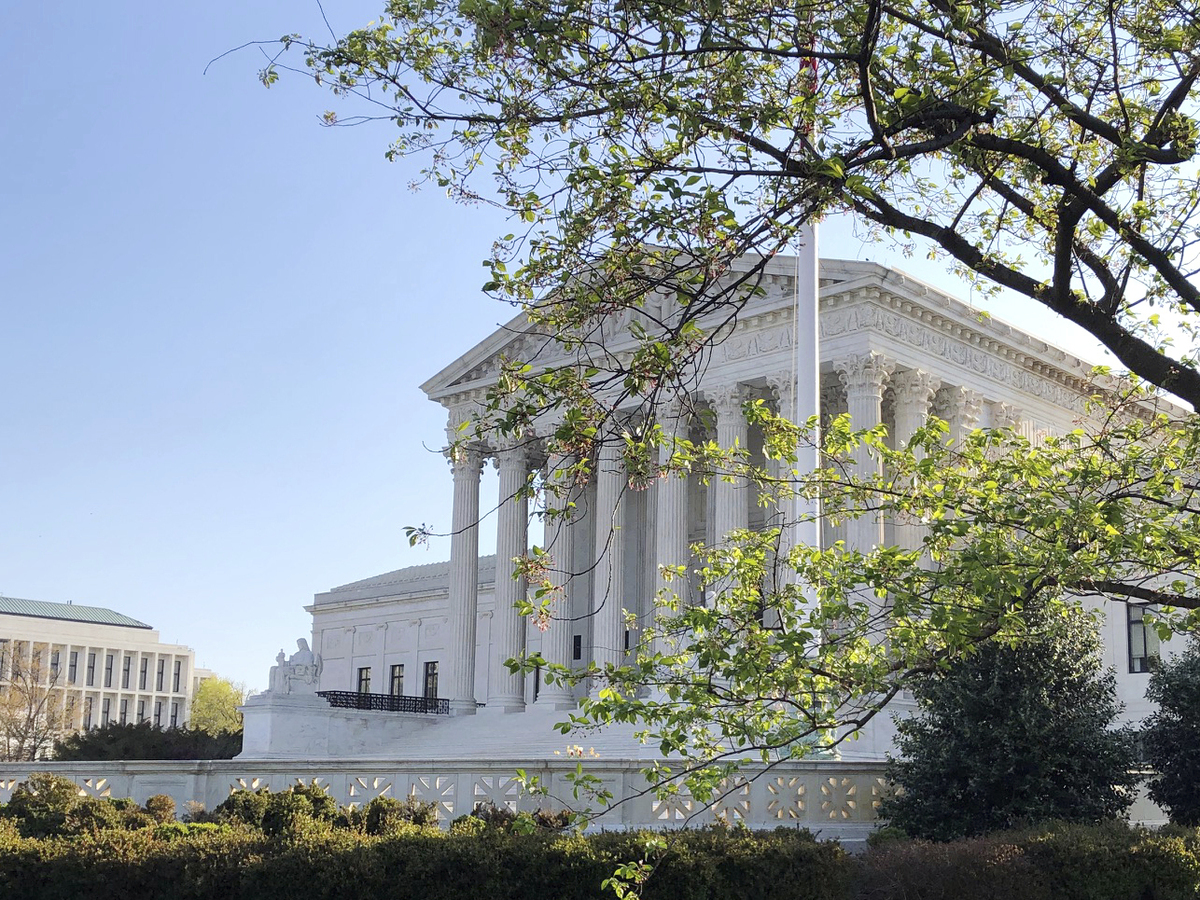 The U.S. Supreme Court sided with older federal workers on Monday, making it easier for those over 40 to sue for age discrimination.

The 8-to-1 ruling rejected a Trump administration position that sought to dramatically limit the legal recourse available to federal workers.

Justice Samuel Alito, writing for the majority, noted that federal law "demands that personnel actions be untainted by any consideration of age." So if age were a factor here as alleged, the process was not free from discrimination. But, he said, the relief available to individuals who have been discriminated against may be different, depending on the circumstances. If age discrimination was one of the factors during the process, but not the only factor, then employees may not be entitled to damages and back pay, but they are entitled to prospective relief, like eligibility for a promotional exam, or for a job promotion.

The case was brought by Noris Babb, a clinical pharmacist who worked for the Veterans Affairs Medical Center in Bay Pines, Fla., for 16 years. In that time, she qualified to practice disease management, saw patients and prescribed medication without consulting a physician. And she had received consistently high marks for performance, according to her lawyers.

Yet Babb says that beginning about 10 years ago, when she was in her late 40s, she and other women older than 45 found they were not getting newly classified advanced positions that paid more money. Instead, the women said, those jobs went to people in their 30s, most of them men.

Several of the women filed their own complaints against the VA, which Babb supported. As a result, she alleges in her own suit, the VA retaliated against her, and subjected her to systematic discrimination by denying her eligibility for promotions, and training opportunities, all in an atmosphere where supervisors made a range of age-related comments.

A federal district court judge initially threw out Babb's suit, declaring that she had failed to prove that her age was only reason for these personnel actions. The Trump Administration supported that ruling, and in doing so clashed with the Equal Employment Opportunity Commission.

But on Monday the court sided with Babb and the EEOC, not the Trump administration. The justices said federal law clearly gives federal workers protection from any discrimination based on age. The court said Congress had deliberately given federal workers more protection than workers in the private sector or workers in state and local governments.

"That Congress wanted to hold the Federal Government to a high standard than state and private employers is not unusual," wrote Justice Alito. The federal government has long adhered to expansive anti-discrimination policies, he observed, adding, that "it is the policy of the Government of the United States ... to promote the full realization of equal employment opportunity through an affirmative program."

The "key takeaway in the case" is that if the federal government discriminates based on age, "it has violated the law," said Roman Martinez, who argued Babb's case in the Supreme Court last January.

At that argument, he took quite a verbal beating from Chief Justice John Roberts, who asked what would be the limits if, for instance, a hiring official, made remarks like "OK, boomer" when assessing who would get a promotion.

But Roberts signed on to the Alito opinion, as did every other justice except Clarence Thomas. He dissented, contending that the statute only allows suits by those who can prove discrimination is the sole reason they lost out on a job, a promotion, or other benefit.

In a separate opinion, the court, by an 8-to-1 vote, upheld a warrantless traffic stop by a sheriff's deputy in Kansas who based the stop on the assumption that the driver, defendant Charlie Glover, owned the car; Glover's license had been revoked.

Writing for the majority, Justice Thomas wrote, "We hold that when the officer lacks information negating an inference that the owner is the driver of the vehicle, the stop is reasonable."

The Kansas Supreme Court had previously ruled that when a driver has committed no infractions, police need something more than an assumption in order to have a reasonable suspicion that the driver is the owner and is driving without a license. But Thomas wrote that these traffic stops are a matter of "common sense."

Justice Sonia Sotomayor dissented, arguing that in "upholding routine stops of vehicles whose owners have revoked licenses, the Court ignores key foundations of our reasonable-suspicion jurisprudence and impermissably and unnecessarily reduces the State's burden of proof."

Religious advertising in on public buses and trains

Finally, the court refused to hear an appeal from the Archdiocese of Washington, D.C.; the District bars issue advertising on its buses and trains, including religious advertising.

The Archdiocese wanted to place an ad at Christmastime showing the silhouettes of three shepherds looking at a star, along with the words "Find the Perfect Gift." A web address also on the ad led to information about Roman Catholic beliefs.

The Metropolitan Transit Authority, operated by D.C., Maryland, and Virginia, rejected the ad, citing its policy that bars ads involving political and religious advocacy. The lower courts upheld the policy, but the Archdiocese appealed, contending that the policy amounted to unconstitutional discrimination against religious speech.

Two justices dissented from the court's refusal to hear the case. Justice Neil Gorsuch, joined by Justice Thomas, called the transit ad policy "viewpoint discrimination by a government entity and a violation of the First Amendment."

"The Constitution requires the government to respect religious speech, not to maximize revenue," they wrote. So if the transit authority "finds messages like the one here intolerable, it may close its buses to all advertisements." Or it could try to restrict ads to subjects "where religious advertisements are less likely to arise without running afoul of our free speech precedents. "

As Gorsuch observed, the court may well take on a similar case in the future, as the conservative majority has aggressively disfavored such restrictions. The problem with this case is that it came from the D.C. Circuit Court of Appeals, a court that now-Justice Brett Kavanaugh sat on when the case was decided. So only eight justices would have heard the case, and they could have deadlocked.