Accessibility links
'Hamilton' Cast Reunites For Emily Blunt, John Krasinski And One Lucky 9-Year-Old Strap in for a 17-minute explosion of good-hearted joy, courtesy of the stars of A Quiet Place and the entire (socially distanced) original cast of Hamilton. 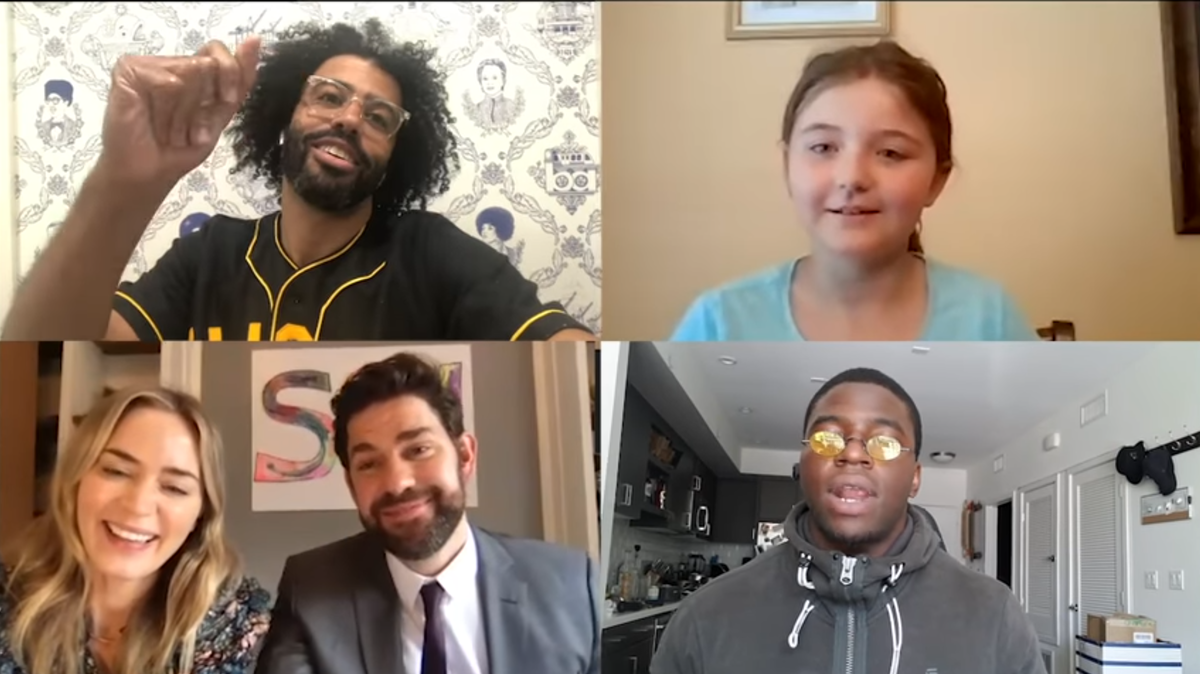 In this era of social distancing, few celebrities have carved out a social media presence as appealing as those of Emily Blunt and John Krasinski. They're married, so they get to share their isolation — and they've been filling the time with a kindhearted weekly YouTube show they call Some Good News.

As the title suggests, it's a roundup — anchored by Krasinski, with input from special guests — of day-brightening stories about people doing good in the world. The show's second episode, which posted late Sunday, rolls along amiably enough until about midway through, when Krasinski welcomes a 9-year-old named Aubrey.

Inspired by a tweet expressing sadness that Aubrey would have to miss her much-anticipated trip to see Hamilton on Broadway, Krasinski and Blunt inform a star-struck Aubrey that they'll be flying her to see the show once Broadway reopens. But then, given that Blunt starred in Mary Poppins Returns with one Lin-Manuel Miranda, they decide to top themselves.

The moment you can secure a quick break, be sure to strap in for this 17-minute explosion of good-hearted joy, courtesy of the stars of A Quiet Place — and the entire (socially distanced) original cast of Hamilton.