Accessibility links
NBA All-Star Metta World Peace Missing basketball? Today, we're looking back on our conversation with NBA All-Star Metta World Peace! His larger than life personality often precedes him and has made him one of the most polarizing players in the history of the game. The Queensbridge, New York native talks to Jesse about how his upbringing shaped him as a person and how it impacted the way he raises his own children, what he regrets from his stint playing with the Indiana Pacers and how downsizing his world rescued him. Plus, he'll discuss the infamous NBA brawl dubbed the "Malice at the Palace." 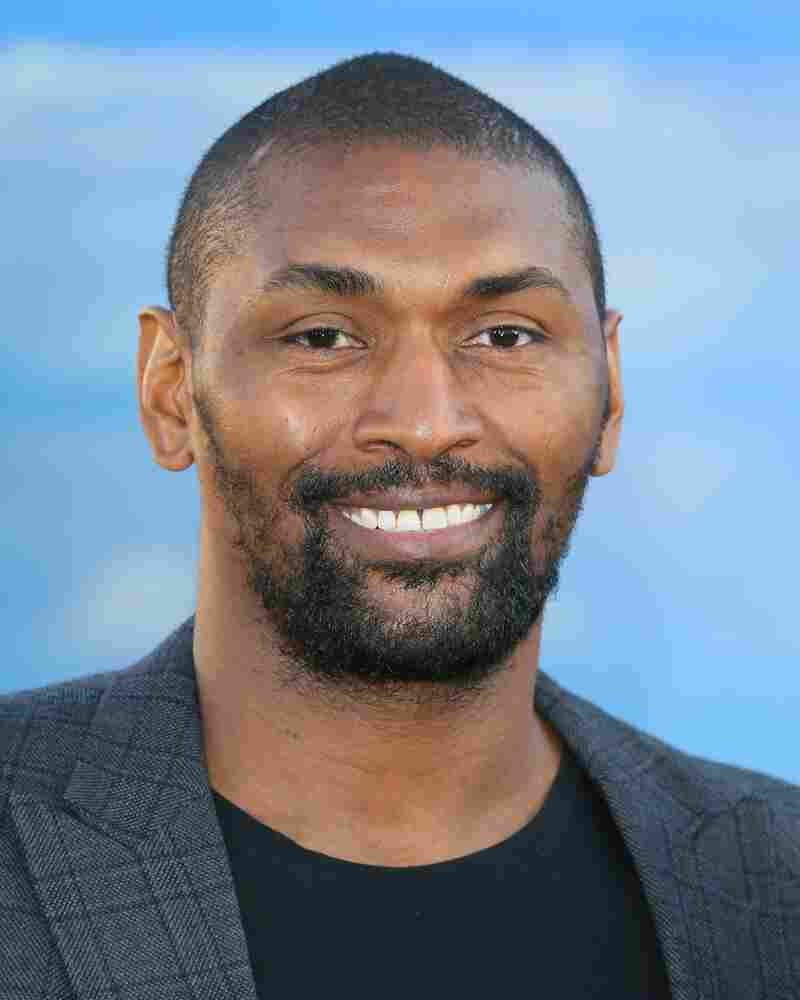 NBA All-Star Metta World Peace has a reputation that precedes him. If you ask even the most casual sports fan about the career of the baller formerly known as Ron Artest many would reference the on the court dust-ups and larger than life antics that seemed to dominate the narrative around his career.

But the player, now coach, has had time to reflect on his life after the court. A life that is more than the sum of its more sensationalized parts.

He grew up in Queensbridge, New York - in the same massive housing project that was home to players like Lamar Odom and rappers like Nas, and the duo Mobb Deep. The community was largely impoverished and it was assumed that most people would turn to drugs as either a user or dealer to make ends meet. He witnessed a few of his friends and relatives travel down that path in life.

Fortunately, he had an outlet in basketball.

He started playing at 8 years old. It was on the neighborhood courts and in school where he learned his somewhat scrappy version of the game. He left for college in the late nineties after being drafted by St. John's University. It was there that he was able to return to his love for mathematics. In 1999, he was drafted in the first round by the Chicago Bulls. He's scored 13,058 career points and won an NBA championship in 2010.

During the late 90s to late aughts he played with the Bulls, The Indiana Pacers as well as the Los Angeles Lakers. His style of play was always hard to maneuver around and he quickly earned a reputation as the kind of player that would retaliate if fouled. In a 2004 game against the Detroit Pistons, a game foul between several players escalated into an all-out fistfight between both teams as well as spectators in the stands. The now infamous brawl was dubbed the Malice at the Palace.

But as much as his career antics and persona have often seemed to overshadow the man, he's used that spotlight to bring awareness to his own personal issues. He's been an advocate for mental health awareness for over a decade and even went as far as to auction his 2009–10 championship ring with the proceeds going to support various mental health charities nationwide. These days, he's a coach for the South Bay Lakers.

When we talked to Metta World Peace in 2018 he had just released his memoir No Malice: My Life in Basketball" or, "How a Kid from Queensbridge Survived the Streets, the Brawls, and Himself to Become an NBA Champion. In it, he discusses some of the regrets, mistakes and triumphs that have brought him to where he is today.

The Queensbridge native talks to Bullseye about how his upbringing shaped him as a person and how it impacted the way he raises his own children, what he regrets from his stint playing with Reggie Miller the Indiana Pacers and how downsizing his world rescued him.

You can pick up How a Kid from Queensbridge Survived the Streets, the Brawls, and Himself to Become an NBA Champion here.

This interview originally aired in 2018.