Accessibility links
In Naples, Pandemic 'Solidarity Baskets' Help Feed The Homeless Drawing on a centuries-old tradition, a Naples couple has begun lowering baskets from their balcony. People are encouraged to take food they need, and others are encouraged to add food to the baskets. 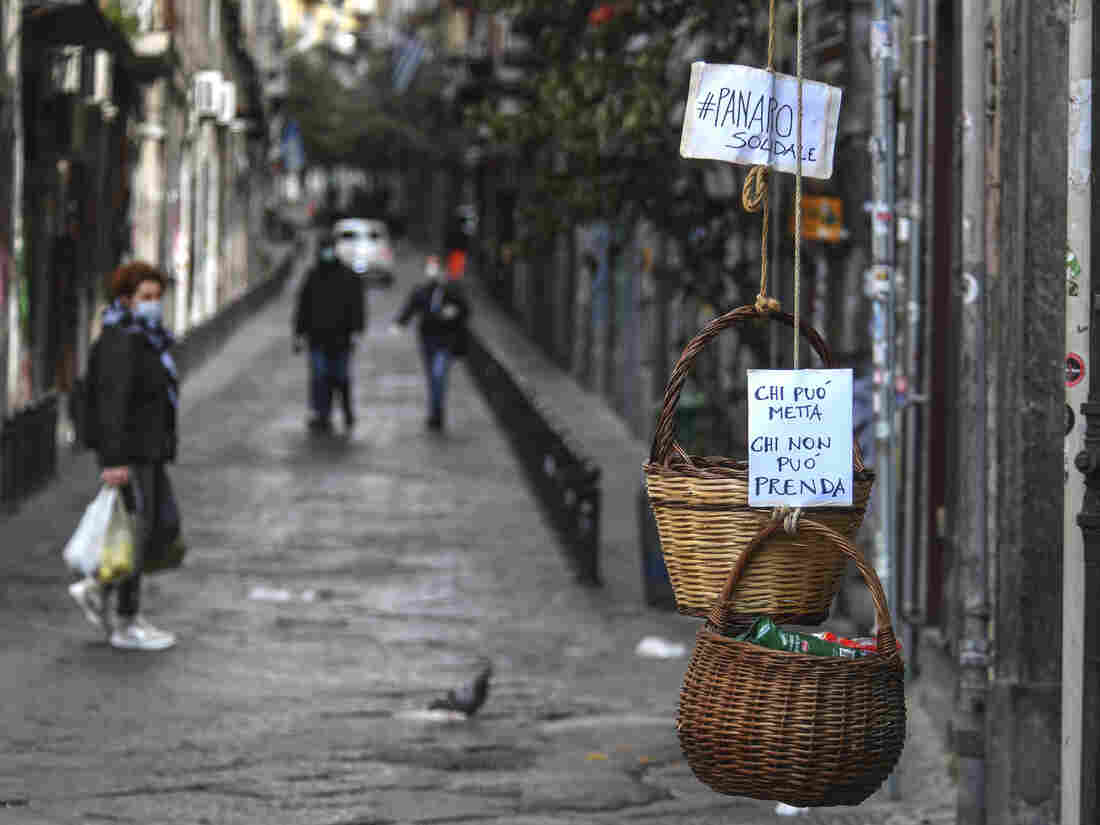 A solidarity basket with a note reading "Those who can, put something in, those who can't, help yourself" is hung in the historic center of Naples. Salvatore Laporta/KONTROLAB/LightRocket via Getty hide caption 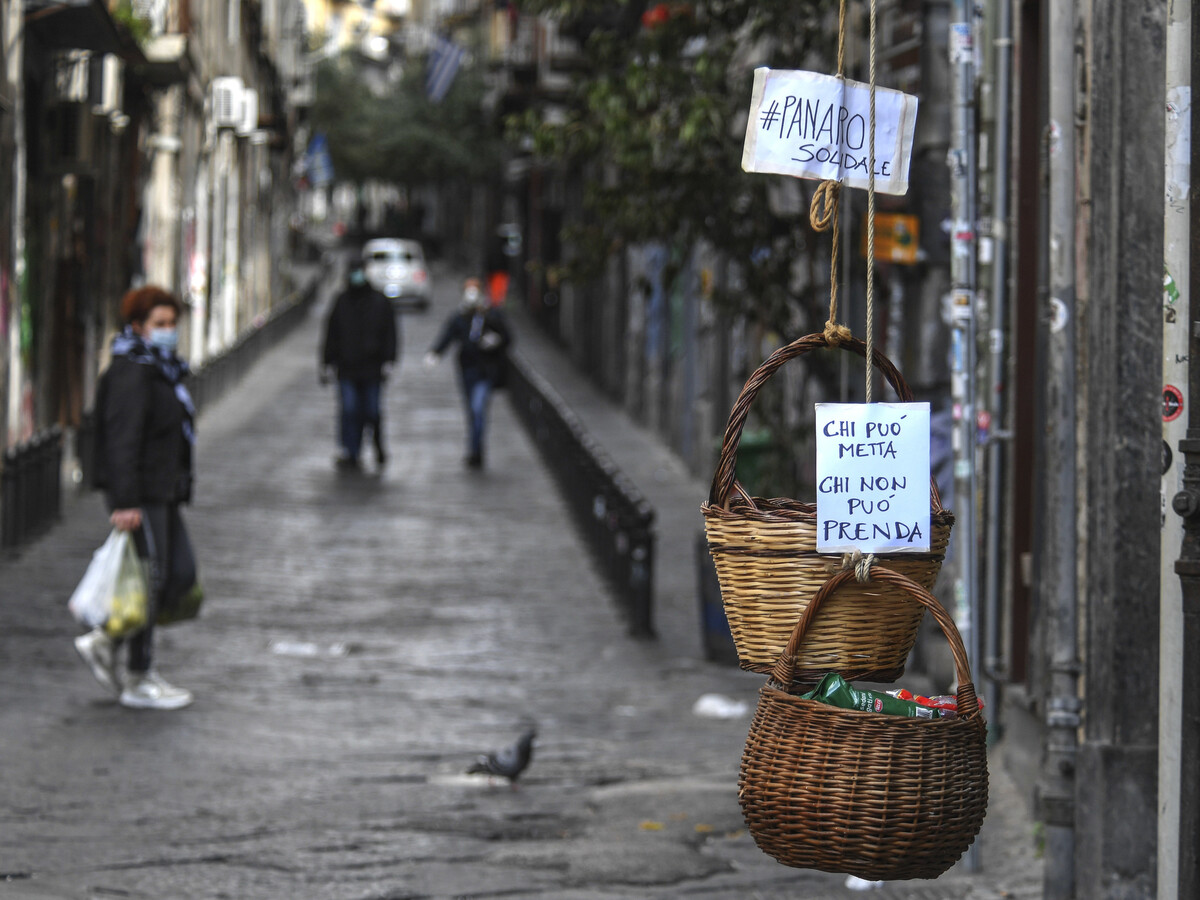 A solidarity basket with a note reading "Those who can, put something in, those who can't, help yourself" is hung in the historic center of Naples.

Italy has been hard-hit by the coronavirus epidemic, with a death toll of more than 16,000. Its economy is in near-shutdown.

Although Italy's south has seen fewer deaths from COVID-19 infection than the north, its poverty and jobless rates are high. In lockdown since March 10, Naples, a normally bustling city of more than 2 million, is now a ghost town. Acts of charity, long a hallmark of this city, have become more important than ever as a means of sustenance.

Pina Andelora and her partner Angelo Picone are street musicians who often perform traditional Neapolitan songs in Spaccanapoli, the heart of Naples. Along with other residents, they're staying at home. But the two performers — who are also community activists — realized that with their city's soup kitchens closed, they could still be useful. They would prepare meals for the homeless.

"We realized there's the issue of safety and social distance," Picone says. "So we relied on an old Neapolitan custom — lowering food baskets from our balcony."

It has been done for centuries. From their windows, housewives — busy looking after children — have lowered ropes attached to baskets with money inside. On the street, in exchange, the baker, fishmonger or butcher places wares in the basket. Then it's hoisted back up.

The couple had another idea, inspired by the example of Guiseppe Moscati, a doctor who lived and worked in the city a century ago. Moscati cared for the poor for free, and was declared a saint in 1987.

They put a card on their baskets with Moscati's slogan: Chi può metta, chi non può prenda. "Those who can, put something in, those who can't, help yourself."

The message has triggered an explosion of solidarity, Picone says.

"People out shopping for groceries now stop by our baskets and leave something inside," he says. "Pasta, sugar, coffee and cans of tuna."

Now, he adds, "We put together food packages for our homeless friends."

The practice is in keeping with Naples' matter-of-fact displays of generosity, such as the tradition of "suspended coffee," in which customers pay in advance for cups of coffee for others who can't afford it. No gratitude is expected.

Photographs and videos of homeless people retrieving packages from the "solidarity baskets" appeared last week in the Italian media. They evoked a painting by the 17th century master Caravaggio, "The Seven Acts of Mercy" — which just happens to hang in the Pio Monte della Misericordia church, a 10-minute walk from their home.

The baskets have also prompted help from far away. A cheese producer in Emilia Romagna contacted Picone and Andelora and promised them a shipment of Parmesan cheese.

"This crisis will be long," he says. "Artists like us have to pay rent and bills, and many people depend on our assistance. We're street performers who lived on tourism."

He wonders when the city streets will be bustling and he and Andelora will once again entertain tourists and residents with the songs of Naples. Until that time, they're committed to helping look after those less fortunate.