Accessibility links
Wisconsin Primary Guide: Voting Goes On After Court Rulings Gov. Tony Evers tried to postpone voting and extend the absentee deadline, but he was blocked by courts. Results for Tuesday's contests are not expected for days.

Wisconsin Election Held Amid Virus Fears: Here's What You Need To Know

Wisconsin Election Held Amid Virus Fears: Here's What You Need To Know 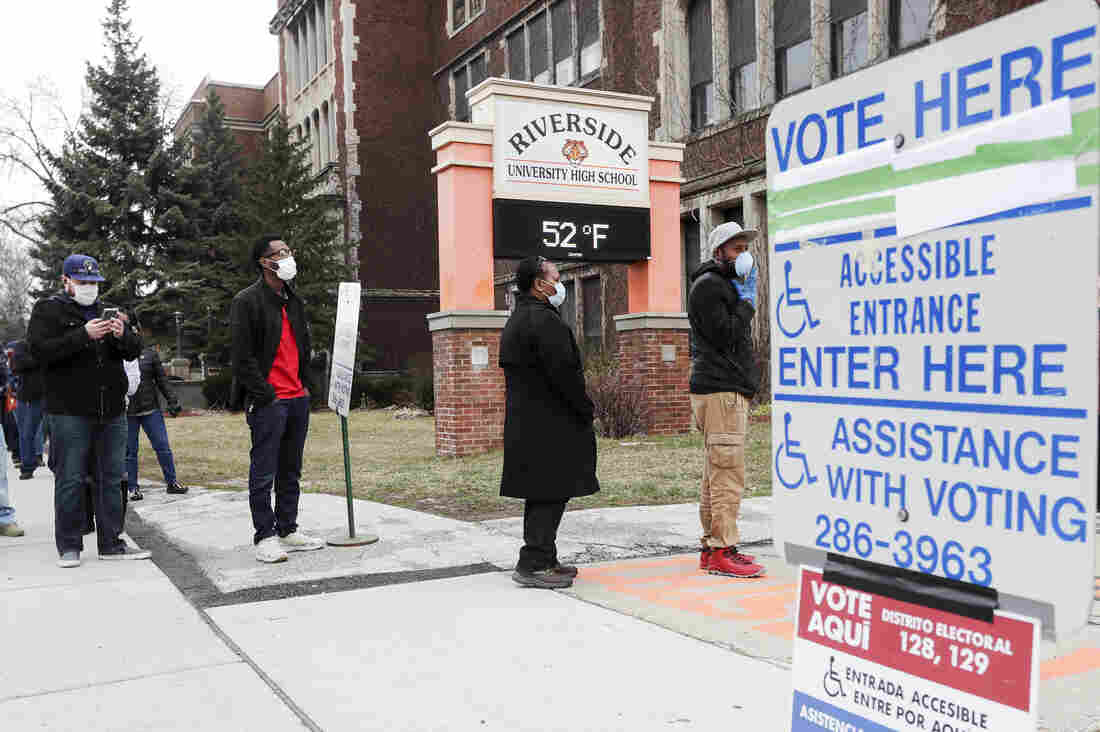 Voters line up at Riverside High School in Milwaukee for Wisconsin's primary election on Tuesday. Polling places were consolidated and altered to accommodate voting in the state's presidential primaries and other local elections Tuesday. Morry Gash/AP hide caption 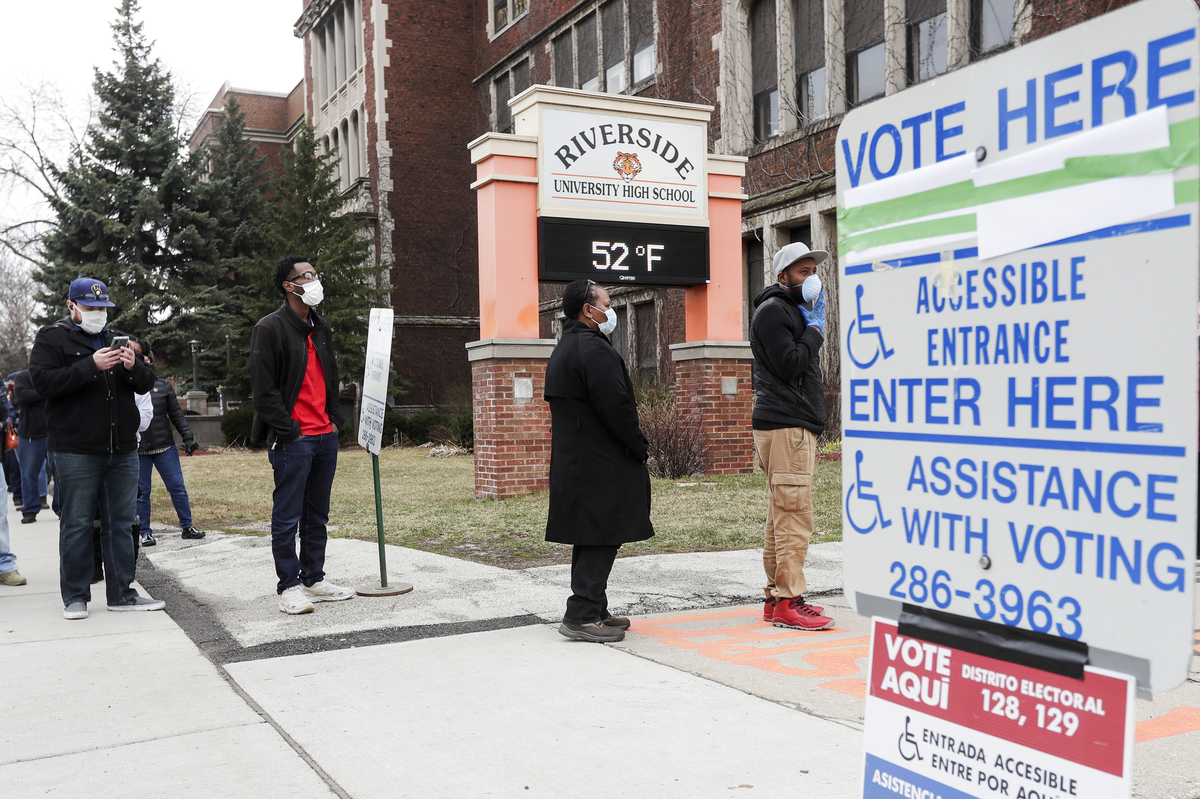 Voters line up at Riverside High School in Milwaukee for Wisconsin's primary election on Tuesday. Polling places were consolidated and altered to accommodate voting in the state's presidential primaries and other local elections Tuesday.

After intense political back and forth, Wisconsin is holding its presidential primaries and elections for many state and local offices on Tuesday.

The controversial election day comes after the Wisconsin Supreme Court overturned an executive order issued by Democratic Gov. Tony Evers to delay in-person voting until June 9, followed by a U.S. Supreme Court order on Monday evening to cut off an extension for absentee voting.

The state had been the subject of criticism across the country throughout March, as more than a dozen other states delayed their elections due to coronavirus fears. Wisconsin officials issued a stay-at-home order for the state two weeks ago.

What is the structure of the election?

Wisconsin has an open primary, meaning that voters can request a ballot for either party's contest. Voters have the option of casting their ballots in person Tuesday, but it may not be easy for those willing to go. Polling places were consolidated and modified to follow social distancing guidelines, and there's expected to be a shortage of about 7,000 poll workers as many decline to work amid the pandemic.

Voters can submit absentee ballots in person until 8 p.m. CT on Tuesday, the result of the last-minute U.S. Supreme Court ruling, overturning a federal judge's ruling that had extended the deadline until April 13. Absentee ballots submitted by mail will be accepted until 4 p.m. CT on that date, but must be postmarked by Tuesday (April 7).

A lower court ruling said that county clerks have to hold results until April 13, and Monday's court action did not appear to change that.

How many delegates are at stake for Democrats and Republicans?

There are 84 pledged delegates at stake in the Wisconsin Democratic presidential primary, with 55 assigned at the district level and 29 that will be assigned at the state level.

Delegates will be allocated proportionally at either level after a candidate surpasses a 15% threshold.

The president has already surpassed the GOP threshold needed to secure the nomination.

What does a Wisconsin win mean for Sanders and Biden?

Biden has solidly led polling in Wisconsin since early March.

A Biden win in Wisconsin would further widen his lead over Sanders and likely increase calls for Sanders to drop out of the race, something his campaign is reportedly weighing.

If Sanders has an upset victory, he will remain behind in the overall delegate race, but would gain much-needed momentum that could drastically alter the trajectory of the campaign.

Wisconsin voters played a large role in shaping the 2016 election. Sanders won the state in the 2016 primary and Trump went on to carry the state in the general election, turning Wisconsin red for the first time in over 30 years.

With the caveat that voter turnout could be affected by the coronavirus pandemic, Wisconsin's 2016 Democratic electorate was more than 80% white and majority female, and nearly 60% of the electorate was over 45 years old.

When can we expect to see results?

Don't expect results until Monday, April 13, due to a federal court ruling last week. This is the same ruling that extended absentee voting until that same date, later to be overturned by the U.S. Supreme Court.

The justices did not resolve part of the lower court ruling that also stopped county clerks from releasing election returns until April 13. So, even though all ballots will be cast or postmarked by the end of the day, we do not expect to see any results when the polls close at 9 p.m. ET.

Alaska is holding a party-run Democratic presidential primary on Friday, but voting is being conducted exclusively by mail. Results are expected to be announced on Saturday.

With many primaries being delayed until the summer, refer to NPR's election calendar for updates on approaching elections.