Accessibility links
Review: 'Redhead By The Side Of The Road,' By Anne Tyler Anne Tyler's latest novel — about a man who discovers that his calm, routine life may not be the one he really wants — is a balm for jangled nerves. 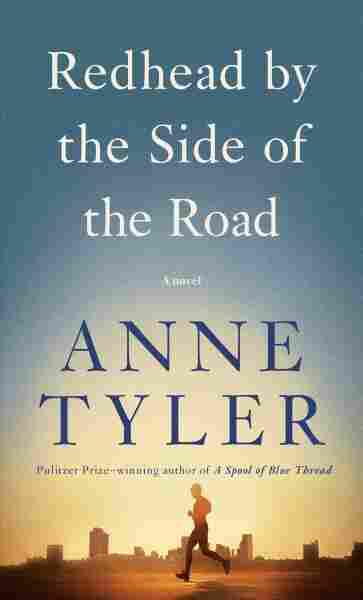 Redhead by the Side of the Road

Title
Redhead by the Side of the Road
Author
Anne Tyler

Anne Tyler's latest novel is heartwarming balm for jangled nerves. Once again, she burrows so convincingly into the quotidian details of her main character's life, home, and head that you have to wonder if she's some sort of Alexa-gone-rogue.

Redhead by the Side of the Road has a lot going for it, beginning with its alluring title. But I'm not going to give away anything about that roadside presence except to say that the redhead is a lovely metaphor for the protagonist's inability to see clearly, which causes him to misread the relationships in his life.

The narrative's tone is warm and wry. Micah Mortimer is another likeable oddball in Tyler's pantheon. He's a hyper-disciplined, fastidiously well-organized, highly competent 43-year-old geek who lives rent-free in the basement apartment of a small Baltimore building in exchange for moonlighting as its super. He also runs a one-man on-call tech help service called Tech Hermit.

Whether she's writing about unfulfilled empty-nesters, lonely widowers or young control freaks, Tyler's novels demonstrate that it's never too late to change your life. But after several recent books about retirees — including Clock Dance, A Spool of Blue Thread, and Noah's Compass — Tyler returns with a story that shows it's never too early, either.

Unlike many of Tyler's novels, Redhead is not about her protagonist's discovery that he is living the wrong life. Micah has carefully structured his days to make sure he is living pretty much the life he wants. But it turns out his life isn't as perfect as he thought, and in fact, where relationships are concerned, perfection isn't a smart goal. We're close by his side as he starts to recognize this.

A Phone Call Changes Everything In Anne Tyler's 'Clock Dance'

"You have to wonder what goes through the mind of a man like Micah Mortimer," Tyler begins. "He lives alone; he keeps to himself; his routine is etched in stone." With obvious relish, she describes Micah's regimented, ordered days, from his daily run to his hot coffee, hot shower, and hot breakfast — all in turn followed by household chores on a strict rotation — beginning with mopping on Monday and ending with vacuuming on Friday. He has a longtime girlfriend, a fourth grade teacher named Cassia Slade, but they live apart.

By mid-morning, Micah heads out in his Kia to make house-calls to customers flummoxed by their glitchy computers and wi-fi networks. Many are older. Tyler gently mocks their all-too-common distress over lost passwords and moribund printers. "Old ladies had the easiest problems to fix but the greatest number of fractious questions," she writes. "They always want to know why. 'How come this happened?' they would ask." (I can relate. My time-pressed techie son has pointedly asked more than once when re-syncing my various electronic devices, "Mom, do you want me to fix the problem or explain it to you?")

Wondering about other people's seemingly ordinary lives is what drives Tyler's work. Inevitably, she also wonders what would happen if someone (we won't point fingers) were to mess with their routines.

Wondering about other people's seemingly ordinary lives is what drives Tyler's work. Inevitably, she also wonders what would happen if someone (we won't point fingers) were to mess with their routines. She shakes up Micah's orderly, comfortable existence by introducing not one but two upsets: His girlfriend is threatened with eviction from her sublet, and a coddled college freshman turns up, claiming that Micah is his real father.

The wry touches are plentiful and funny: Wearing a T-shirt that says "Grown-up," the teen tells Micah about a school paper on — irony of ironies — Emerson's "Self-Reliance." Even clueless Micah observes that this rich kid is "not the least bit equipped to make it on his own." When Cassia Slade's fourth graders at Linchpin Elementary School call for her, It sounds like "Mislaid! Mislaid!" to Micah's forlorn ears.

Micah is goofy. He talks to himself with a fake French accent when he cooks and imagines traffic gods applauding his excellent motor skills when he's driving. He isn't introspective, but he sure is sympathetic. Is he meant to be on the autism spectrum? Tyler doesn't say. What she cares about is her character's dawning realization that he's missing important social cues: "Sometimes when he was dealing with people, he felt like he was operating one of those claw machines on a boardwalk, those shovel things where you tried to scoop up a prize but the controls were too unwieldy and you worked at too great a remove."

Anne Tyler's novels are always worth scooping up — but especially this gently amusing soother, right now, when all of our cherished routines have been disrupted.