Accessibility links
Small Business Owners Frustrated By Delays In Getting Rescue Loans The Paycheck Protection Program is meant to help small businesses keep workers on payroll. But first, businesses have to get the money — a process that has proven difficult for some. 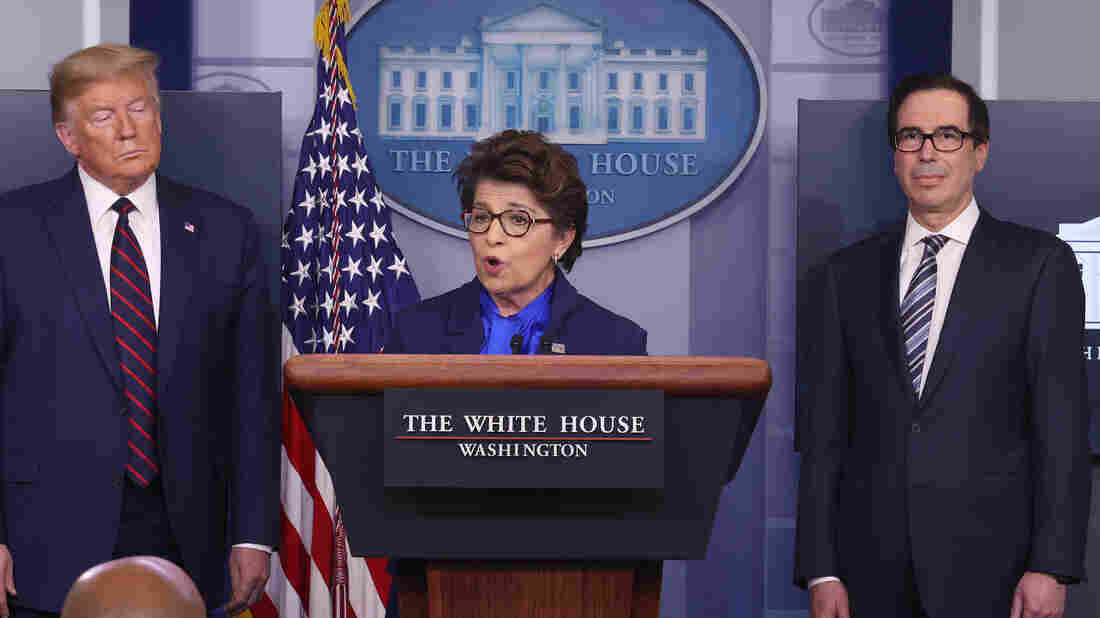 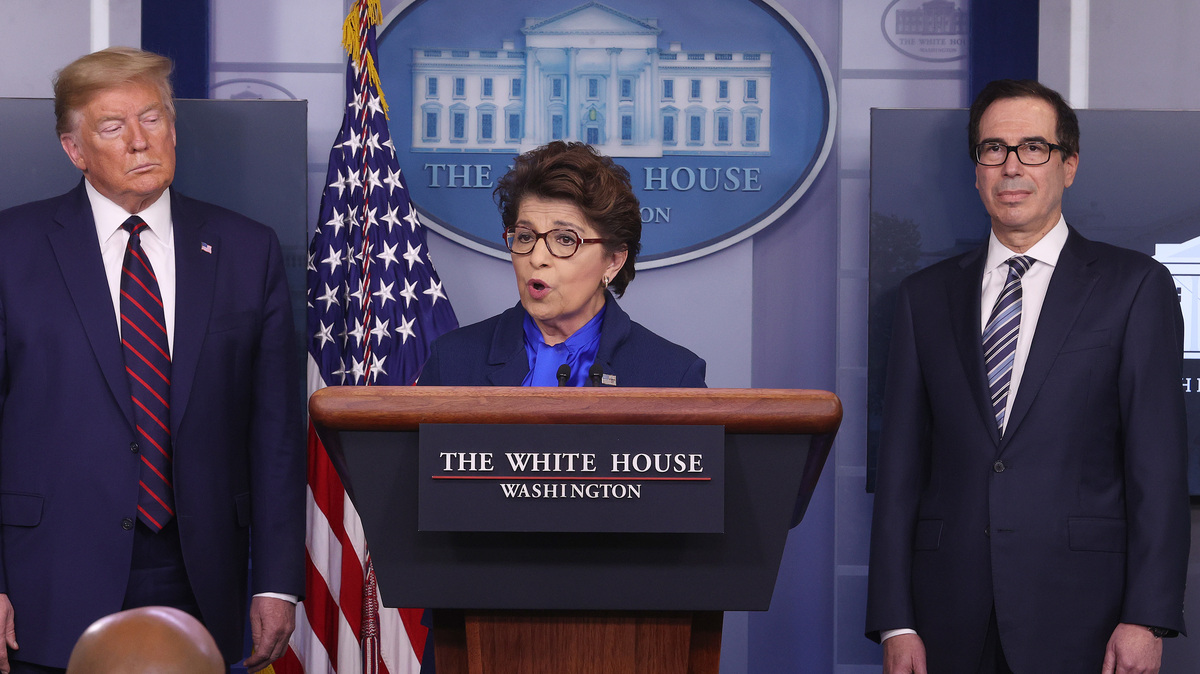 Greg Hunnicutt has almost entirely shut down his Houston-based construction business. At his one remaining job site, he's being careful to minimize the risk of anyone being exposed to the coronavirus. So he keeps fewer workers on the job.

"My electrician is there now doing some work," he said. "It's just him and his helper. So what I'm trying to accomplish here is reducing how people interact."

With his income sharply reduced, Hunnicutt needs more funds, and fast. He reached out to NPR on Friday, when the Small Business Administration's coronavirus crisis lending program opened. At the time, he was having trouble getting through online to apply for an SBA loan through his bank, Wells Fargo. I asked him this week how it was going.

"Well, it's not," he said, laughing. He says he filled out a form on the bank's website over the weekend, but he hasn't heard back yet.

The Coronavirus Small Business Loan Program: What You Need To Know

But he says he needs that money soon to keep his business alive.

"I paid my guys two weeks," he said. "Well, that was two weeks ago. Starting today, this week, they haven't been paid."

If the process doesn't move quickly, he said his business will be in serious trouble.

Hunnicutt is one of dozens of small business owners that contacted NPR, describing obstacles in applying for loans. The $350 billion SBA initiative, called the Paycheck Protection Program, is designed to keep workers at small companies on the payroll during the crisis.

The Trump administration had said it hoped the program could give some businesses immediate financial assistance. And administration officials have bragged that hundreds of millions of dollars were disbursed through banks on the first day.

Some small business owners, like Hunnicutt, are waiting to hear from their banks. Others have said they haven't been able to get through to their banks, due to crashing websites.

Get Money Out To The Economy Quickly, Ex-Treasury Secretary Says

The SBA program reflects the difficulties of quickly setting up a massive new emergency lending effort, and running it through myriad banking institutions.

And it comes at a time when businesses desperately need money. A recent survey from the U.S. Chamber of Commerce found that one in four businesses say they are two months or less from closing permanently, and one in 10 say it's one month or less.

Small businesses' difficulties with the new program go beyond their banks, however. New rules written after Congress created the program are tripping up some businesses, according to Stephanie O'Rourk, a partner at accounting firm CohnReznick.

"The problem with the program is that it doesn't align with the reality of the situation that a lot of businesses are going through right now," she said.

For example, she says, the new rules now say that the loans must be paid back in two years instead of the 10 that the CARES Act says. In addition, Treasury added a rule saying three-quarters of the money must be used on payrolls in order for it to be forgiven.

For some businesses, non-payroll expenses are just too high to spend that much on employees.

Chelsea Altman, co-owner of five restaurants in New York City, says that rule will be bad for her and other businesses in high-cost cities.

"In New York state or New York City, your rent is very high," she said. "So there is a chance that even with this 75% going to labor and then the other 25% is supposed to go to your rent, there's times when that won't" cover the rent.

Many banks opened the program up only to their own customers. As NPR has reported, that worried some small business advocates because it threatens to leave out smaller, and particularly, minority-owned businesses.

Banks, meanwhile, had their reasons for wanting to limit their applications, according to Aaron Klein, policy director of the Center on Regulation and Markets at the Brookings Institution.

"The Treasury Department made a major unforced error, leaving anti-money laundering rules on autopilot," he said.

To lend money, banks have to go through a procedure called Know Your Customer to prevent money laundering. It can be a cumbersome process, Klein explained, and stands to be a serious impediment to an effort that seeks to get tens of billions out the door in a matter of days.

Other banks have voiced their own issues, including forms that changed overnight, unclear guidance from the government, and difficulty with the Small Business Administration website.

For now, at least one concern with the program is being answered: that the initial $349 billion appropriated for it is too small to meet business demand. On Tuesday, the Treasury said it was preparing to ask Congress to spend another $200 billion on the program. Senate Majority Leader Mitch McConnell said on Tuesday that he plans to work with Democrats and Treasury to put more money into the program.